Louisville, KY — The very large guy standing next to me wearing a black Parkway Drive tour t-shirt looked at me and said,”Hold on!” He didn’t mean “stop,” he literally meant “hold on,” to something, anything that would brace me against the impending onslaught. Before I could react, 100 thousand watts of bright white light, inches from my face, knocked me backwards reinforced by the opening chords of, “Wishing Wells,” from Parkway Drive’s album, Reverence, just released in January. As I was headed backwards a roaring sea of black t-shirts surged forward, the sell-out crowd leaving barely inches between each other. 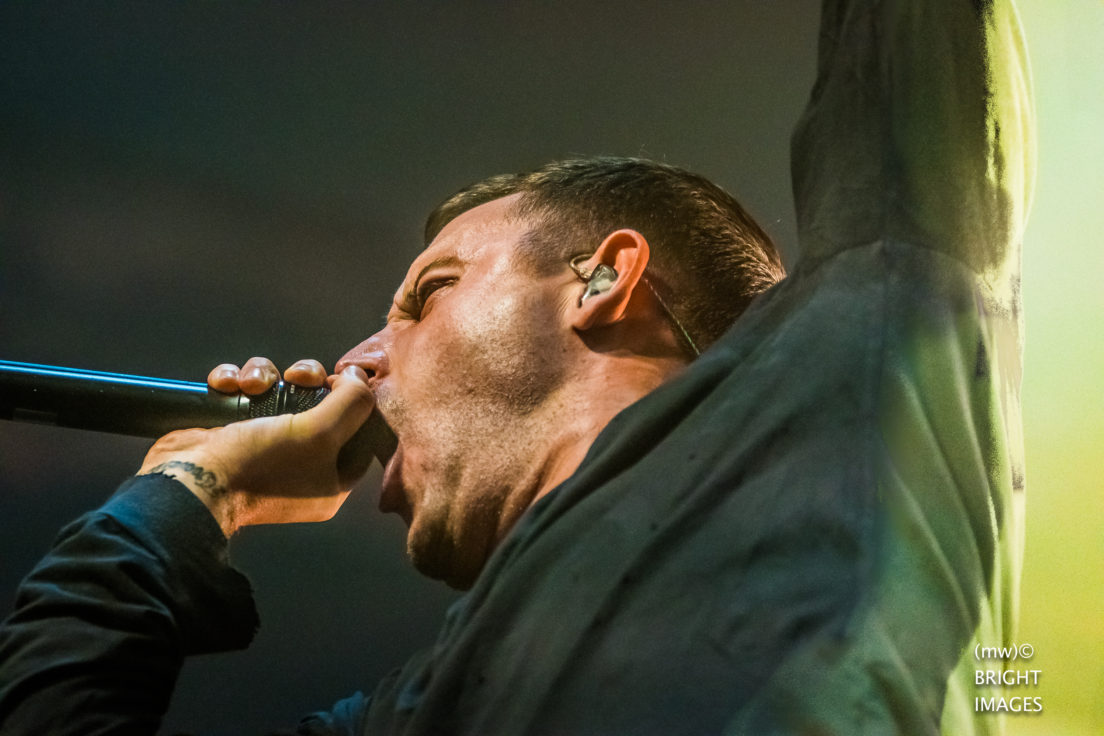 Parkway Drive was not new to town. The Australian metal hardcore group had been here before, including an appearance at Louisville’s annual “Louder Than Life Festival,” in October, 2016. Tonight’s 75 minute set marked the beginning of their Spring U.S. Tour 2018 in support of their seventh album, Reverence. Given that the album is barely four months old, it appeared that the band was a bit surprised at the crowd’s recognition of this new group of songs.

It had been a long time since I’d seen a decent mosh pit, and this one was more than decent, wild, swirling, with an edge of danger, and patiently managed by the Mercury Ballroom security who dutifully received, then returned each crowd surfer back into the undulating mass of black shirts.

Parkway Drive is traveling the world with barely a night off and returns to the U.S. at the end of August. Information about the band, merch, discography and performance dates are at parkwaydriverock.com.