Louder Than Life Festival, also known as The World’s Largest Rock ‘N’ Roll Whiskey Festival, returns to Champions Park in Louisville for its fifth year at the end of September 2018 for three days of music, gourmet food, whiskey, bourbons and craft beers.  While past years’ festivals were two days long, 2018 brings a third day to lucky festival-goers.

The festival features two side-by-side main stages that allow fans to see continuous, alternating performances on the two stages instead of waiting for break-down and set-up of a single main stage.  A third stage across the venue offers more music options throughout each day.

The line-up was announced earlier this month. 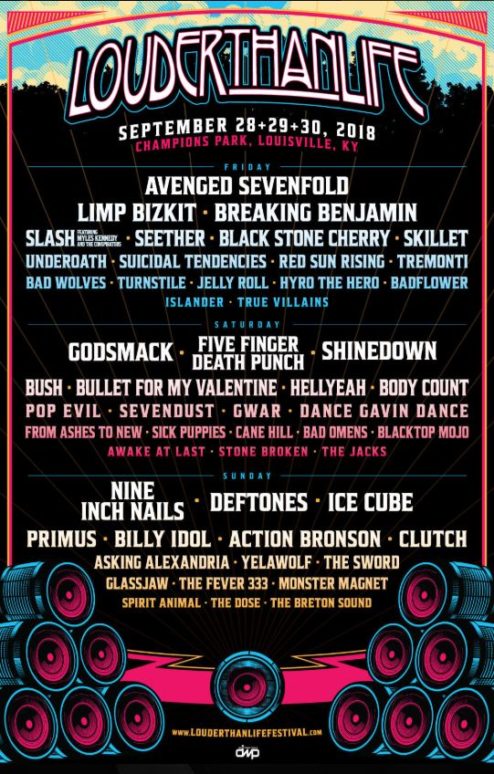 For more information on Louder Than Life 2018, visit:

Mark your calendar and grab your tickets for September 28-30 to enjoy three days of rock ‘n roll, food and spirits at Louder Than Life 2018!