The James River, formerly known as the Powhatan River by America’s Natives and subsequently named for King James I of England, runs from its source in the Allegheny Mountains of Virginia to the Chesapeake Bay.  Along its course, it passes through the heart of Virginia’s capitol, Richmond.  It is a source of fun and entertainment for many residents and visitors in many forms such as rafting, fishing, and in this weekend’s case, a music festival.  Jam Sandwich RVA is held on Mayo Island which is located in the middle of the river right next to the downtown area.  The day was jam packed with offerings from local artists, breweries, and bands from near and far all set in a beautiful, sunny day on the river.

The festival was kicked off by Camp Howard, a Richmond band that plays an indie rock style of music that is reminiscent of Radiohead. Their brand of rock’n’roll was an appropriate way to get the crowd’s energy levels up.  In contrast to Camp Howard’s heavier rock sound, Charlottesville’s Nathan Colberg followed up with a more mellow set that was welcomed in the afternoon heat.  His skills as a pianist were demonstrated playing songs off his E.P. Barricade and his crowd-funded full-length debut album Silo, that were both released his senior year at the University of Virginia. 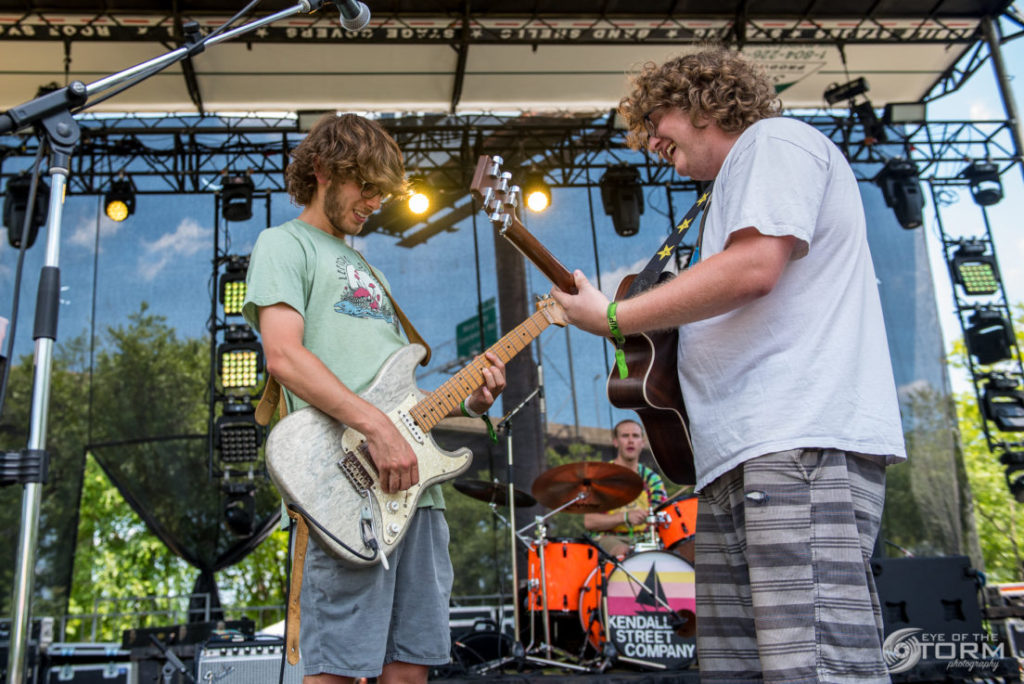 Next up, also based in Charlottesville, was Kendall Street Company.  They may look young, but don’t let that deceive what your ears are telling you.  Their upbeat jams have earned them a spot in larger multi-day music festivals and they even have an upcoming show at Nectar’s in Burlington, Vermont, the place Phish got their start. 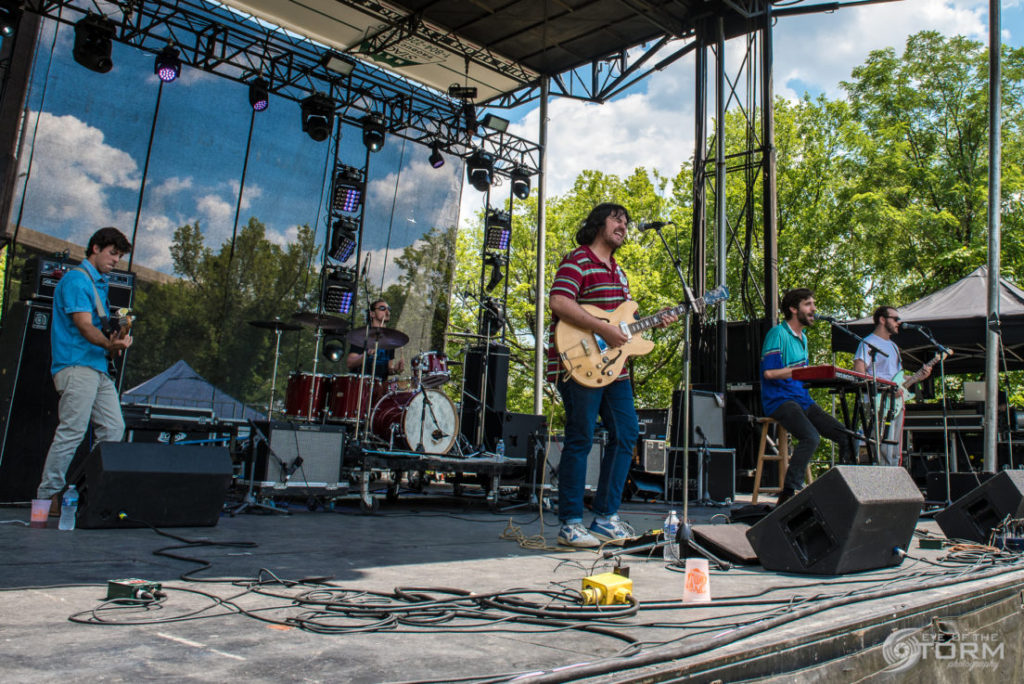 Super Doppler, formerly Major and the Monbacks, took the drive up from Norfolk, Virginia to show off their musical prowess.  One can hear a Beatles influence in their music and are a favorite in the Tidewater area, playing many major local festivals and also touring throughout the country.  Look for them on the East and Gulf Coasts this summer. 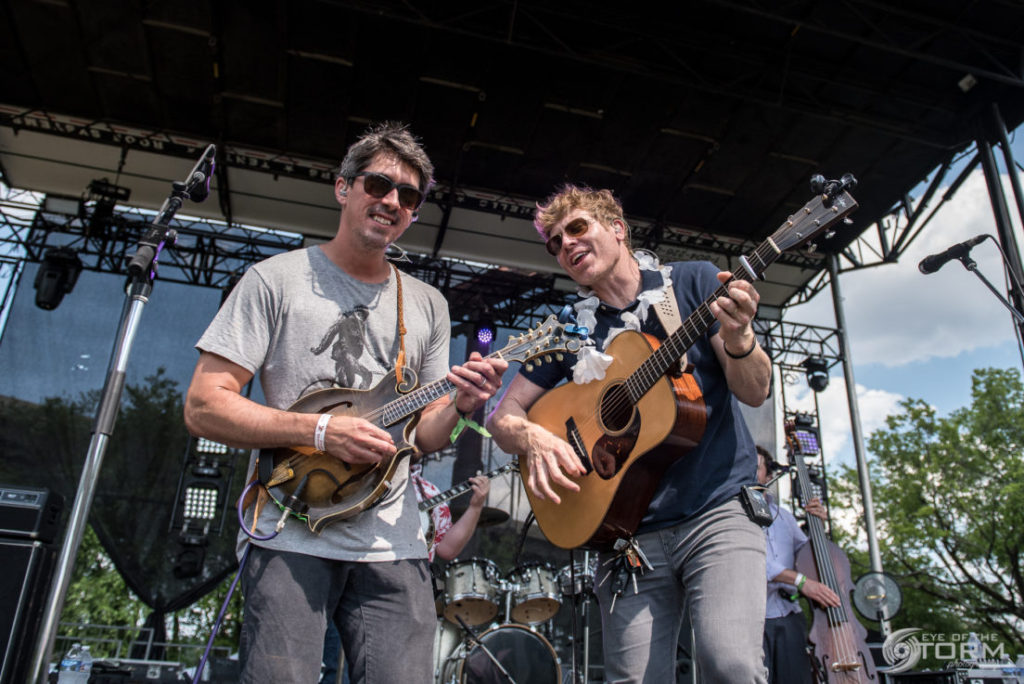 Love Canon was a crowd favorite with their unique bluegrass twist on yacht rock.  Yacht rock covers a very broad base of music from the 70’s and 80’s, but Love Canon isn’t afraid to throw in some surprises from outside of that time frame.  With songs in their arsenal from Kenny Loggins, Dire Straits, Steel Pulse, Toto, and the likes, their set turned into a sing-a-long dance party with Jay Starling’s dobro solos stealing the show. 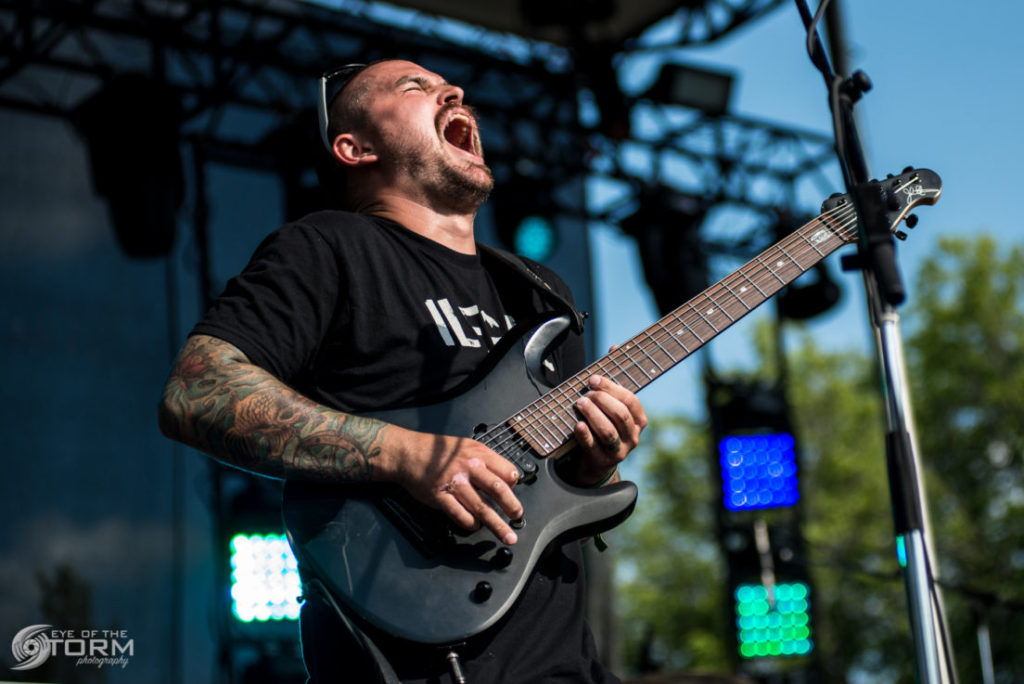 As the temperature finally started to fall a bit, cbdb came on stage with the intention of heating up the crowd, and they did just that.  They had the entire crowd dancing to their rocking funky jams.  Lead guitarist, Kris Gottlieb, and saxophone/key player, Glenn Dillard dazzled the crowd by trading off solos over bassist Mike Sinopole’s funky slap bass lines. 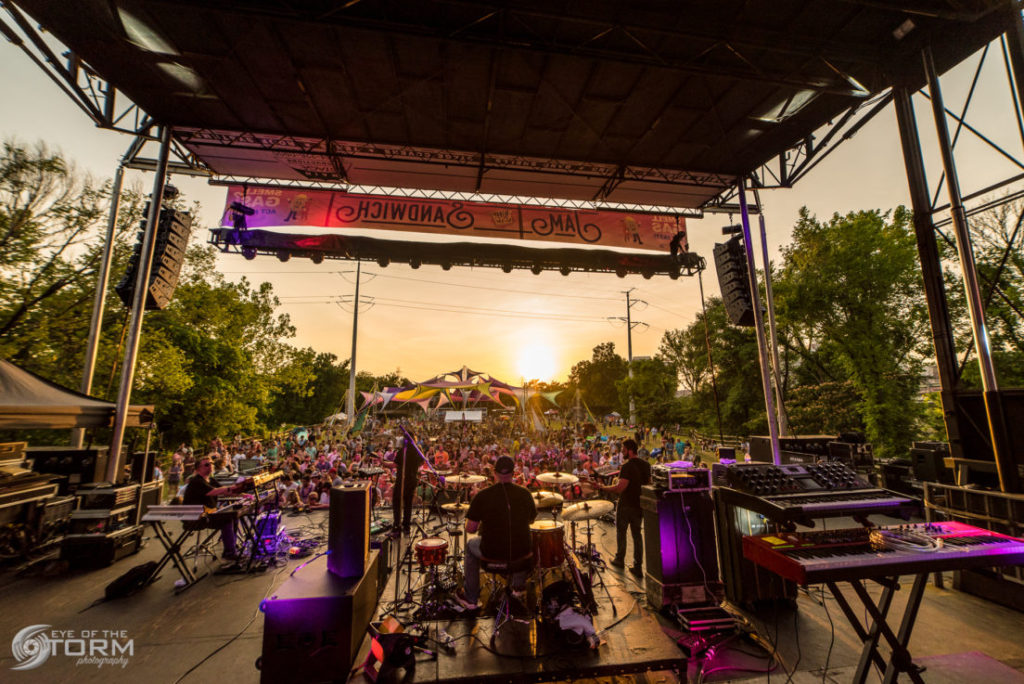 Perpertual Groove was up to bat next for the sunset set.  They live up to their name with long, mellow jams that have a touch of EDM mixed into it.  Their on-stage experimentation provided perfect soundtrack for the sunset and brought the last few shade seekers out of their hiding to get primed for the last act of the night. 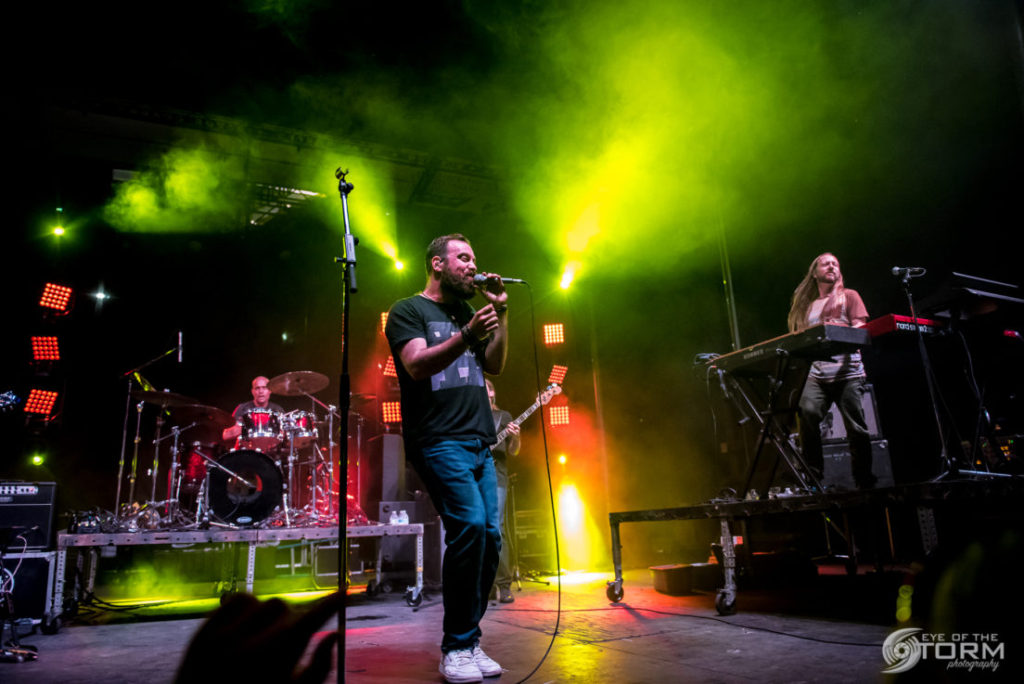 The crowd had the privilege of having a band that just headlined the legendary Red Rocks Amphitheatre in Colorado two weeks before to wrap up the day.  The Motet, from Denver, Colorado, is an infectious mix of funk, soul, and blues that soothes the ears and moves the feet.  The band is stacked with talent across the stage from their horn section, Parris Fleming (trumpet) and Drew Sayers (saxophone), to their king of keys, Joey Porter. 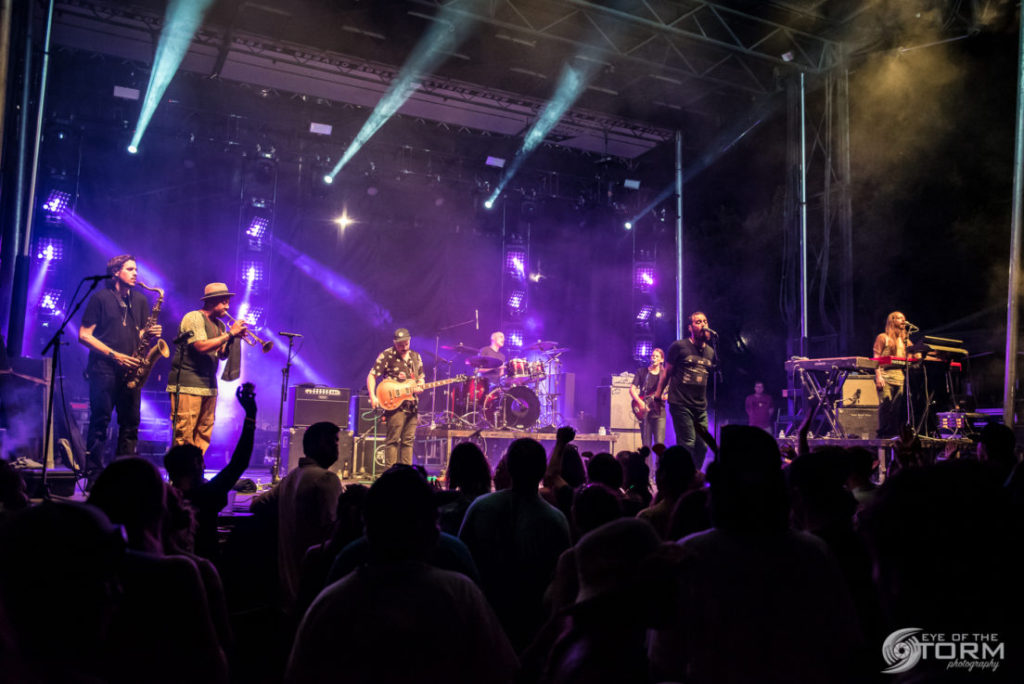 Jam Sandwich RVA was a phenomenal collection of talent in a unique setting that cannot be reproduced elsewhere.  Keep an eye out for all these bands as they are making their way around the country this summer and be sure to keep this unique music festival on your radar for next year!