Skip to content
You are here
Home > FEATURED > My Introduction to Pantera: A Brief Reflection // RIP Vinnie Paul 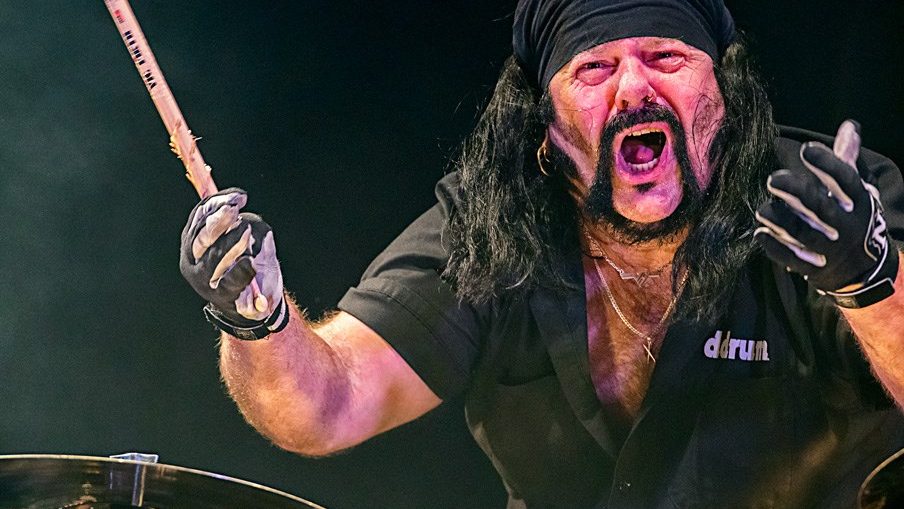 Instead of doing a review and reflection about the life of the late, great Vincent Paul Abbott, I decided I would just start writing about how I got into the music Vinnie was a part of. Here’s a little story.

I got off the bus on a cool and rainy September morning. I’m walking into a new school to begin my 7th grade year with my Walkman on, listening to a radio mixtape I had made the weekend prior. It’s 1993 and my playlist is filled with the likes of Motley Crue, AC/DC, Guns N’ Roses, Metallica, and Slayer. Not paying much attention, I nearly step on a cassette case. I kick it aside, but decide to go back and pick it up. I can feel a tape is still inside. The cover art has what appears to be a long-haired man being punched in his face. The case is a little fogged up; I wipe the condensation aside. Big blocky white lettering on the top reads “PANTERA” and on the bottom, the font a bit harder to read says, “Vulgar Display of Power.” I thought to myself “wow, this looks like some crazy Death Metal stuff.” As I get into the school, I take the cassette out and replace my mixtape. The first bell already goes off and I have no idea where I’m supposed to go. I press play and it’s queued to a song that begins with an unforgettable, fast count in a raspy scream…

“1, 2, 3, 4!” and right into a style I haven’t heard before. A thrashing, solid, sound, fast riff with that raspy harsh vocals, and of course that grooving beat that Vinnie supplied. It was heavy in a different way then I was used to. I was hooked. After a couple songs, I found where I was supposed to be. The teacher told me I couldn’t have “earphones” on in class, and that I’d have to put them in my locker. Fortunately for me, I was so new that I didn’t even have a locker yet. I kept taking little listens to the tape throughout the morning. I couldn’t wait to play the tape for my brother, who was at school with me but in the grade above me.

As the day went on, I had not yet seen my brother and now I’m on the last song on side B. I only have a few songs left on side A to listen to yet. I’m saving that for the bus ride home. My first day of Bemidji Middle School comes to an end. I go find my bus and quickly grab the small seat in the back. My brother gets on and I wave him to the back.  I tell him I found something awesome. I show him the tape and give him my Walkman. He takes a listen and says “Holy shit man, that’s good.” Music has been our mutual love since we were little kids. At this time, we are both teens and neither of us knew that Pantera would be the thing that would bring us closer than ever.

This was my introduction to Pantera. Later on in school I would meet a classmate who was everything Pantera. His name was Josh, and he would eventually become my best friend. Our eventual crew of friends was built on music — mainly Pantera. We would have listening parties together and also watch the old VHS tapes of their music videos. My brother would drive us to concerts all over the region. We were together for years to come and as we got older and our crew began to part ways, my brother and I kept on truckin’. During our travels, we had met the famed Pantera personal security guard Big Val, Dimebag, and Vinnie. All three now rocking in paradise.

Pantera has been a huge part of my life. My brother was the first person I called when I saw the news about Dime. It was in middle of the night. Today it was my brother telling me the news about Vinnie. I felt shocked and saddened like that night hearing about Dime.

Post-Pantera, I still listened to the projects all the guys were involved in. My thoughts, prayers and condolences go out to the Abbott family and all fellow fans. Rock some Vinnie Paul tunes!