Louisville, KY — June is Pride month across the country and signs of the 18th annual Kentuckiana Pride Festival weekend were all over town. Louisville has been widely proclaimed a “top 10” LGBTQ friendly city not just in the U.S., but globally. The day’s bigger events on the waterfront and the afternoon parade had concluded, but the night ahead looked promising. It was no coincidence, but rather excellent planning that brought Of Montreal to Headliners on this Saturday night, since group leader and songwriter Kevin Barnes performs the entire evening in drag. 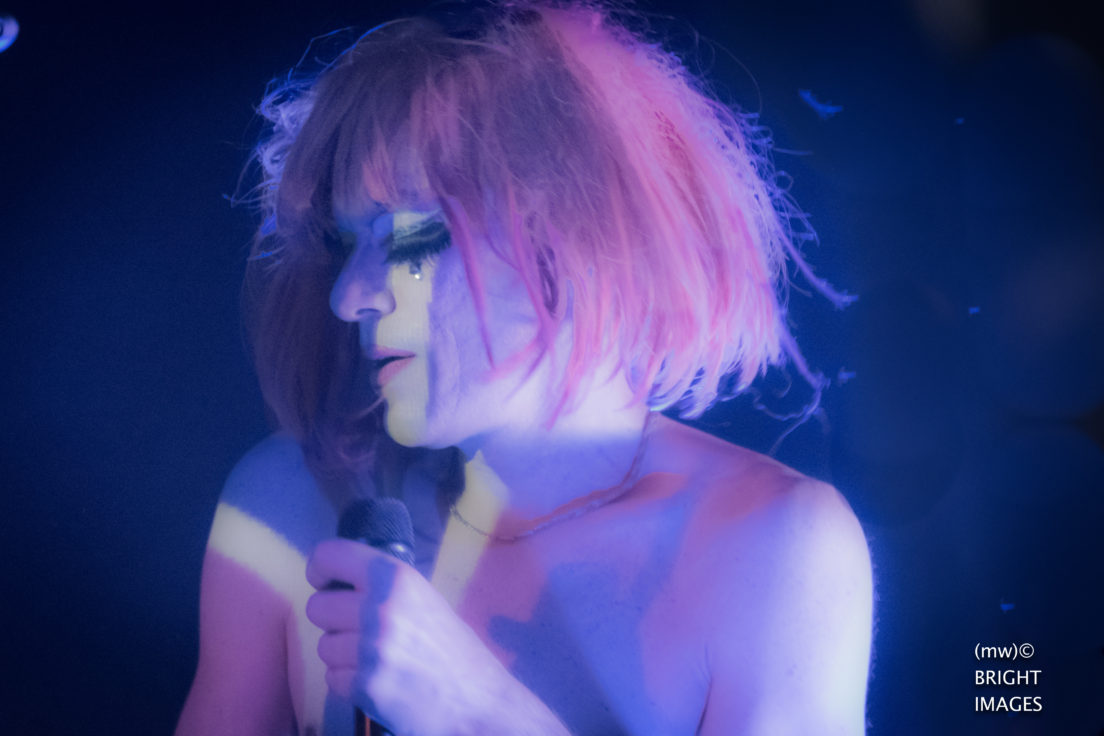 Of Montreal is not so much a concert, although their indie-pop offers a psychedelic layer and is brilliant, original and thoughtful, even while honoring mid-eighties dance club sensibilities. It is a full blown stage production that’s part burlesque, part psychedelic dream, and you can’t take your eyes off of it. The songs are catchy, infectious singalongs. Add multiple costume changes, brightly colored screened backdrops and an other-worldly cast of characters and you become part of a swirling multimedia trip. At the center of it all is Barnes, as the rail thin platinum blonde-wigged diva who never gives up the spotlight, except when surrounded by a dozen fabulously costumed avatars who appear when the lyrics (or the featured tableau) call them to life and out onto the stage.

Of Montreal tour details, discography, and images may be found at OfMontreal.net.