In the surreal, alternate-reality Oakland where Sorry To Bother You takes place, the most-watched TV show is a gameshow called I Got the S#*@ Kicked Out of Me. Each week, 150 million people nationwide tune in to watch willing contestants get brutally bloodied for a chance to win cash (as a reality check: the most-watched TV broadcast in US history drew 114 million viewers; that the fictional show far surpasses that every week underlines the absurdity). While the gameshow serves as little more than an uncomfortable-but-humorous throwaway reference in Act I (and briefly comes back into play in Act III), the pointed collision of capitalism and human dignity at its heart is a perfect introduction to the movie it’s in.

Lakeith Stanfield plays Cassius “Cash” Green (“Cash is always green”), a young black man who — like so many — is desperate for work, desperate enough to take a job as an underpaid telemarketer. The movie opens on Cash’s job interview with the telemarketing company, Regal View, where he brings a fake trophy and fake employee-of-the-month plaque to try to boost his credentials. Although the manager sees right through the subterfuge, he takes them as indicators of Cash’s ingenuity and initiative (and desperation) and hires him anyway. 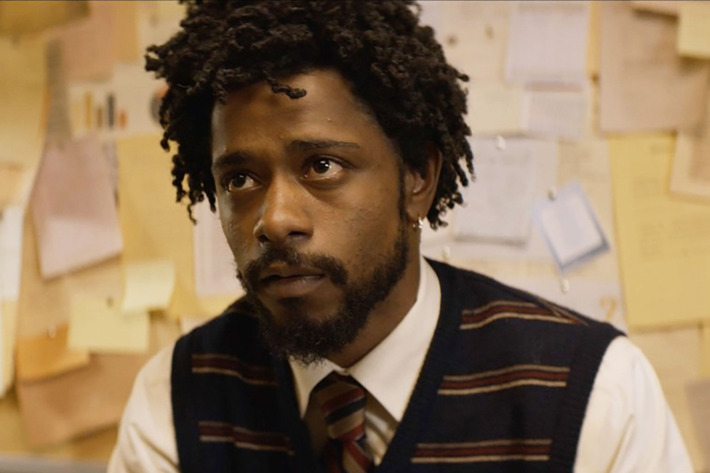 Finding little success and little commission, Cash takes advice from an aged black coworker (Danny Glover) that the key to making sales is using his “white voice”. Once Cash begins speaking in a genial, non-threatening tone (voiced by a perfectly cheerful David Cross), he excels beyond everyone’s expectations and is promoted to the exclusive upper floor of top salesmen: the power callers.

Of course, this comes with compromises. While what Cash is selling at his first telemarketing job is never specified (besides as something no one wants to buy), what he’s selling from the top floor is…more insidious. This puts him at odds with his starving-artist girlfriend, Detroit (Tessa Thompson), and his former coworkers trying to unionize (led by The Walking Dead’s Steven Yeun). 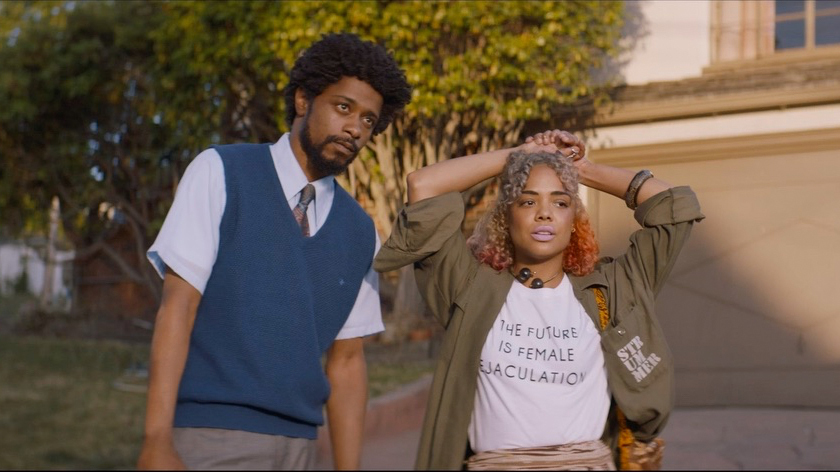 Sure, the achieving-success-but-at-what-cost storyline is something you’ve seen before, but…not like this. Sorry To Bother You is not only visually-inventive and laugh-out-loud funny, its satire is razor sharp, with a lot to say about a lot of stuff: race, labor, mass incarceration, viral marketing, the absurdity of unchecked capitalism, climbing the corporate ladder, civil disobedience, and other things that I won’t spoil. The movie is surreal and absurdist for its entire runtime, but there’s a distinct moment when it takes a hard left turn into Whatthefucksville, and it must be seen to be believed.

Armie Hammer appears as a cocaine-snorting caricature of an uber-rich Silicon Valley techbro CEO appropriately named Steve Lift (his book is entitled “I’m On Top”). He makes his fortune with a company called Worry Free, which provides food and housing for people in exchange for a lifetime of labor (see where they’re going with this?), and he also owns Regal View, making him Cash’s boss. The subtext of Cash climbing the corporate ladder to get into Lift’s orbit isn’t exactly subtle (i.e. a black man finds success in America only when he impersonates a white man), but what Cash is forced to do to “entertain” Lift and his (white) guests at his rich-person party is even less subtle. And I don’t mean that as a bad thing, at all. 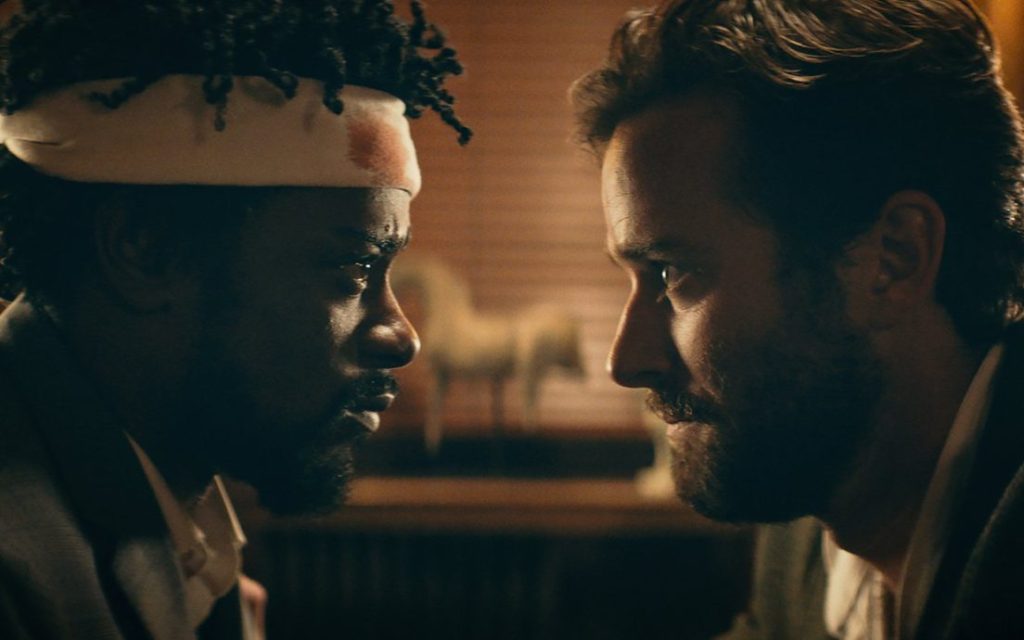 You can see some of the rough edges of a first-time filmmaker — subplots that don’t necessarily payoff, scenes that abruptly end without much by way of transition, etc — but all that is more than made up for with style to spare, narrative momentum, and holy-shit-they’re-going-there confidence. Writer/director Boots Riley came out swinging for the fences his first time at bat, and his bizarre and biting debut lands in the bleachers.