Portsmouth, VA – School is out for summer! What better way to celebrate such a momentous occasion than with some beach time and good tunes. Given, most folks at the show have been out of school for some time, but reliving that feeling is still something that all hard working folks love to do, even if it’s only for a night. Slightly Stoopid partnered up with Stick Figure and Pepper to provide the soundtrack for a night of letting life’s stresses melt away.

Due to the venue having structural issues with its canopy, the concert was moved to a temporary stage nearby where vendors and promotions are normally located, but that did not dampen spirits in the least.  The sold out show was played in a more intimate setting right on the Elizabeth River. Many had doubts about how the night was going to play out due to the last minute change, but in the end, all attendees could agree that it was a night well spent. 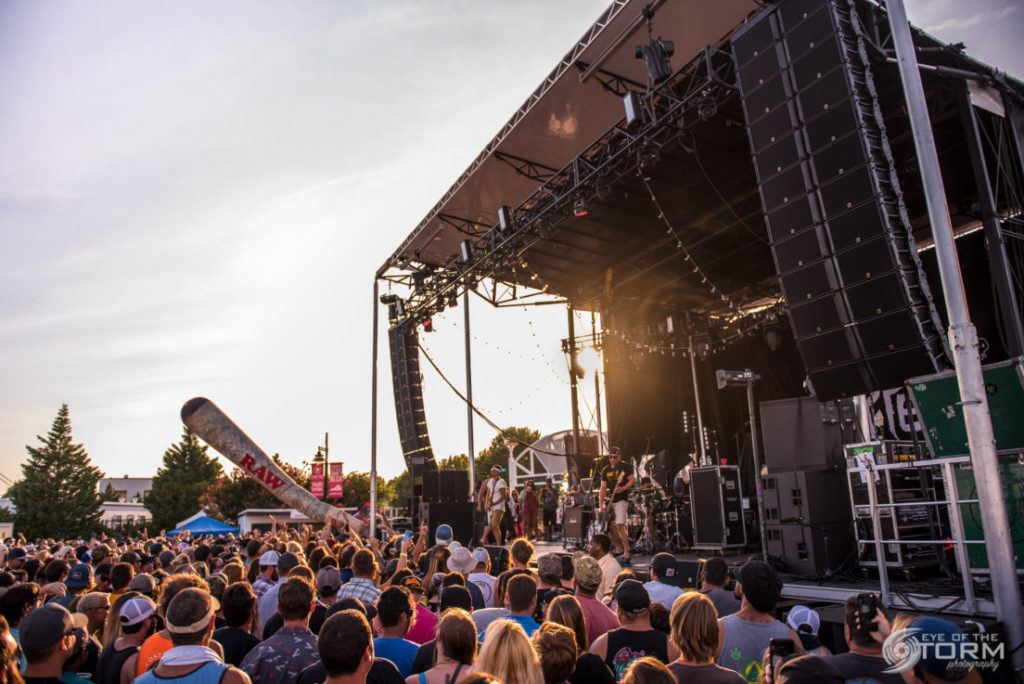 Hawaiian based rockers, Pepper, led the charge and kicked off the evening with energy that is normally seen in a headlining band. They rushed the stage with a contagious enthusiasm that quickly spread through the crowd and had everyone primed for the night to come.  Since all the bands have been touring with each other for many years,  Stick Figure and Slightly Stoopid joined them on stage at one point in their set, which was just a foreshadowing of the many to come throughout the night. Pepper finished off their set by passing a large inflatable spliff out into the crowd. It’s possible that even a few of Portsmouth’s finest got a chuckle out of the spectacle that was crowd surfing joint. 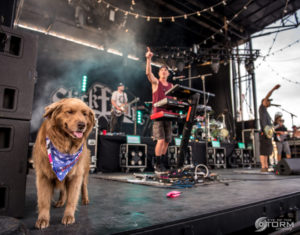 Next up on the bill, Stick Figure. Their trusty road companion, Cocoa the Tour Dog, was sent out to greet the crowd prior to the band taking the stage.  Cocoa is an Australian Shepard that lead singer, Scott Woodruff, adopted from a shelter.  She has been touring with the band since 2013 and has become a beloved part of their show. Though Cocoa garners much love from the fans, Stick Figure’s music earns just as much. Their sunset presentation of mellow reggae vibes was paired perfectly with a cool breeze off the water of the Elizabeth River. This was the perfect shift in weather to assist in cooling down the crowd and allowed everyone to keep grooving to the tunes with appearances from members of Pepper and Slightly Stoopid on a couple songs. 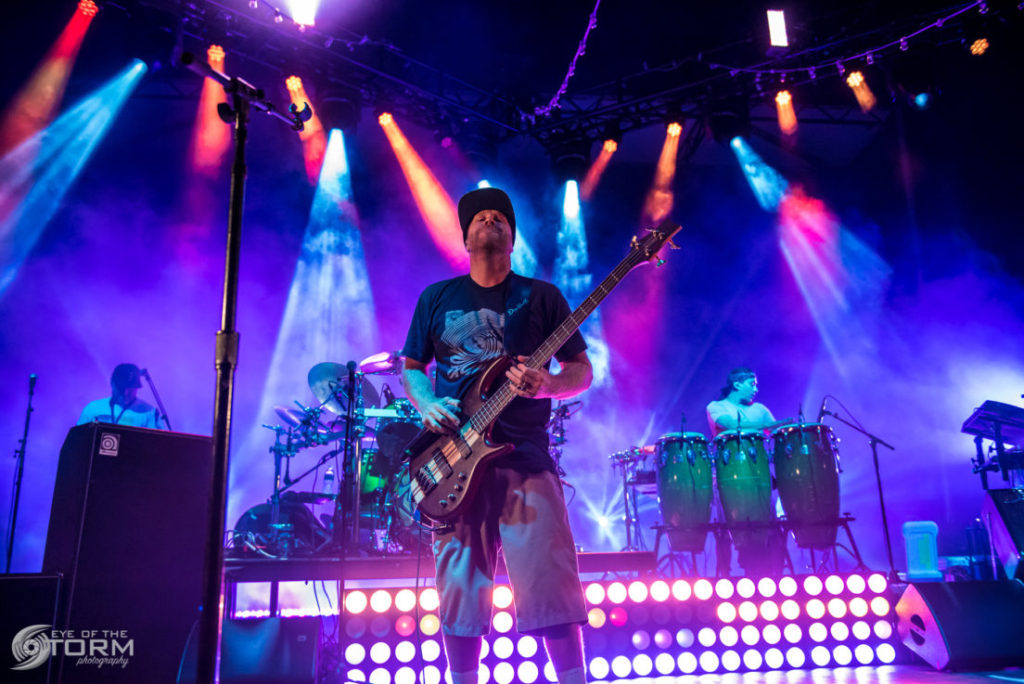 Slightly Stoopid finished the night with a bang.  They covered all the bases: music off their album, Everyday Life, Everyday People, released that day and many of the fan favorites that keep the audience coming back year after year. The lighting for the stage was fantastic, especially since they did not have the large stage to rig their gear up.  Guest appearances from members of the opening bands were sprinkled throughout the performance, but near the end of the set, there was almost all members of all bands on stage with instruments getting traded by many. 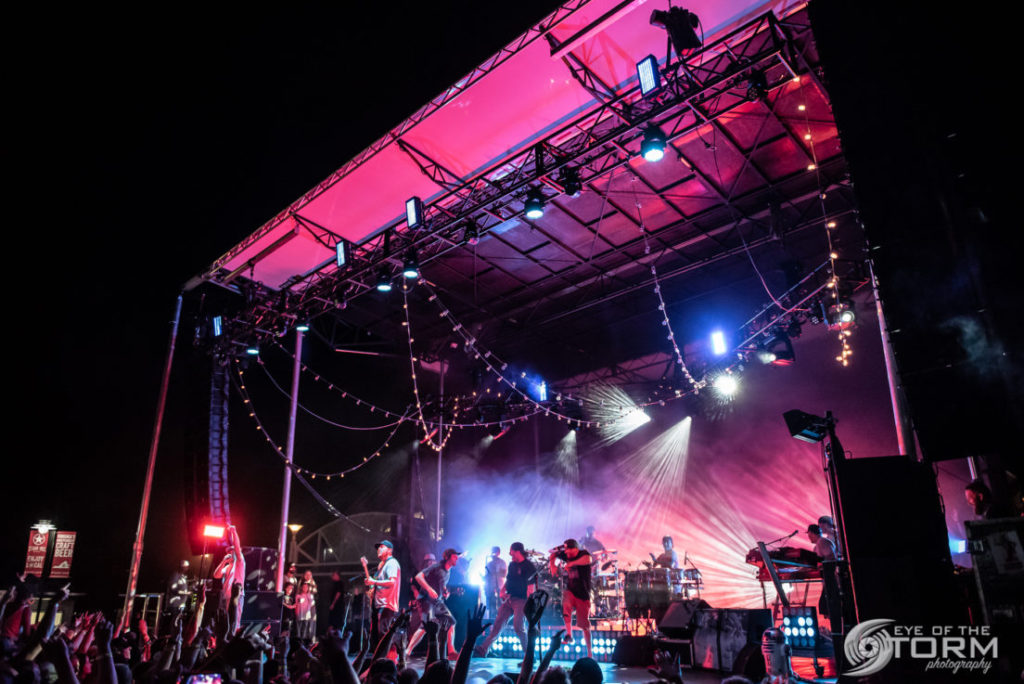 The tour will be going on throughout the summer, so get out and relive that summer freedom feeling at a venue near you!