You are here
Home > MUSIC > ALBUM REVIEWS > Album Review: The Record Company – All of This Life

Los Angeles indie rockers The Record Company are back with their sophomore album, All of This Life. Fans of the band’s debut album will immediately recognize the band’s bluesy rock n’ roll shuffle and penchant for catchy bass guitar opening riffs and pedal steel licks, but will also hear a fresh, more personal approach to songwriting, as songs like “Roll Bones” and “Make It Happen” show us a more seasoned band, with some new ideas to complement the familiar.

The album plays out the way we were all taught to write a good essay, with a strong introduction to tell you what’s coming, a body to expand on all the ideas, and a summary to tie it all up with a bow. The opening track and first single, “Life to Fix,” perfectly foreshadows the collection with their trademark bass intro, a stomping kick drum and shaking tambourine and chant-like vocal-hook “I’ve got this life to fix, threw it all out in a ditch, broken down when I was sick, gotta built it back brick-by-brick,” showing a more introspective lyrical style, laid out on a dynamic musical bed, without trading an ounce of the bouncy energy from their earlier songs. Quickly followed by the anthemic “I’m Getting Better (and I’m Feeling It Right Now),” with its Stooges-inspired thunderous drum shuffle, courtesy of drummer Marc Cazorla, and overdriven harmonica lines, All of This Life has set the stage for a more mature, but not left-field record. 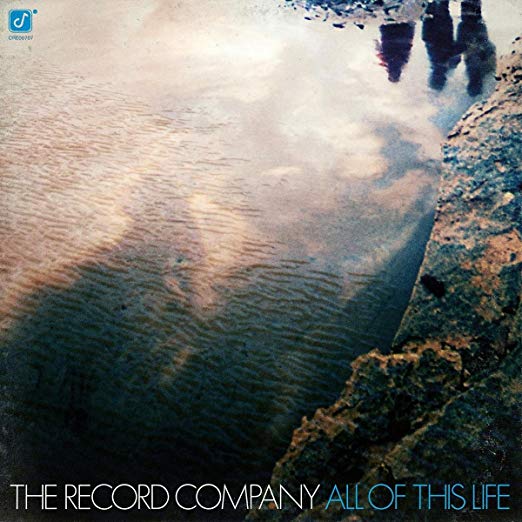 As The Record Company begins to explore a little, the slow, soulful “Goodbye to the Hard Life” shows us not only how personal vocalist / guitarist Chris Vos is willing to get, but allows him to show a smooth falsetto, which he is able to seamlessly transition in and out of with his natural singing voice. “You and Me Now” introduces a country influence, with an ethereal slide guitar echoing over haunting acoustic strumming. “Night Games” is a dark, mid-tempo tune, opening with a bassist Alex Stiff playing a riff that begs to be on a movie soundtrack. All of This Life closes out on the perfect note with “I’m Changing,” a quiet, subdued acoustic song, beautiful in its simplicity, and lyrically summing up the overall feel of the record.

The Record Company kicks off a national tour in support of All of This Life in mid-August, with a few festival dates sprinkled in, through early November.