West Palm Beach, FL – In a rain or shine event, fans of Evanescence and Lindsey Stirling made their way to the Coral Sky Amphitheatre on this clear evening to witness their co-headlining amphitheater tour accompanied by a full orchestra. 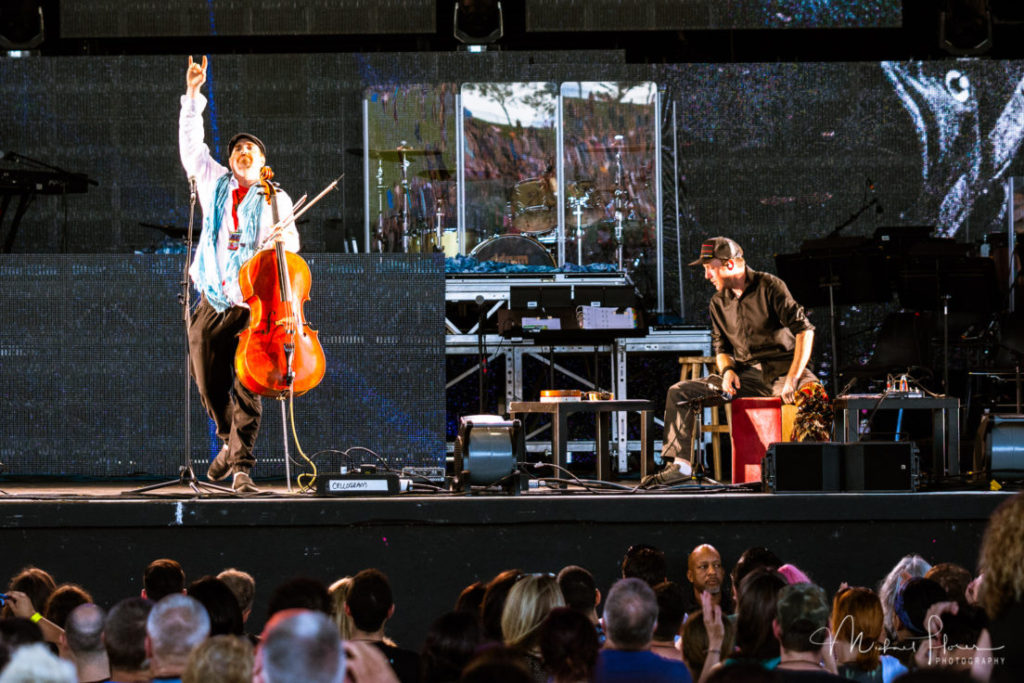 Kicking off the night was Cellogram, a musical duo composed of, frequent Evanescence collaborator, cellist Dave Eggar and drummer/programmer Chuck Palmer.  They spent the better part of an hour attempting to entertain the arriving audience with their mix of humor and musical repertoire in support of their latest EP. 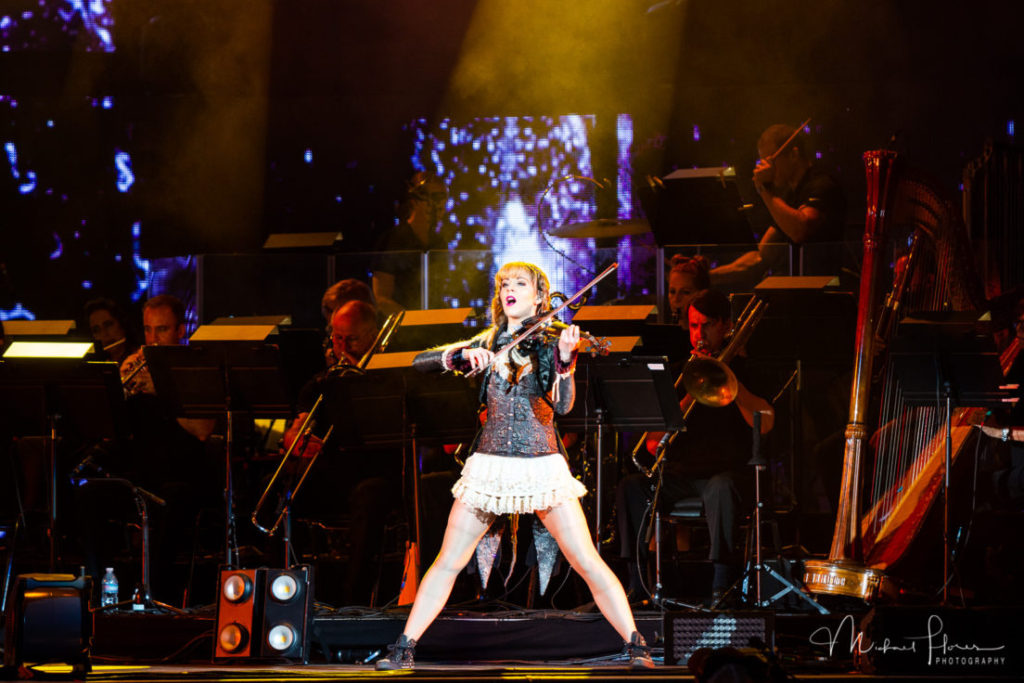 Up next was Lindsey Stirling, an American Violinist (among other things such as dancer, performance artist, and composer), accompanied by a full orchestra.  The former America’s Got Talent finalist was very high energy, working every inch of the stage. The theatrical performance included countless wardrobe changes; one of which was a long dress which concealed the stage lift mechanism as she was lifted 20 ft in the air. The show appeared to be very coordinated with dancers, performers, and props going at all times. During her set, she disappeared only to reappear in a glass box partially filled with water while still playing the violin. Stirling even took a moment to speak to fans about living in the moment. Despite some technical issues towards the end her time on stage was very entertaining and an overall a great experience. 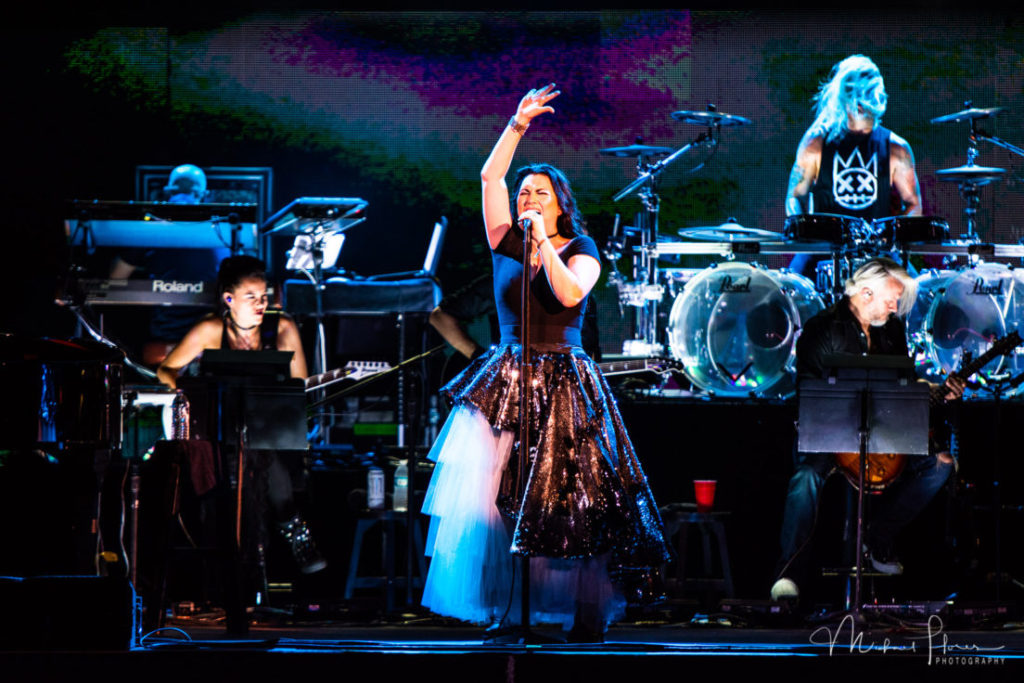 The main headliner, Evanescence, continued the theatrics of the evening.  Amy Lee, lead vocalist, paired well with a full orchestra. Fans of all ages, new and old, turned out in support of the band’s latest album, Synthesis, a reworking of previous material with a mix of orchestra arrangement and electronica elements.  Fans went crazed and sang along faithfully when fan favorites “Bring me to life” and “ My Immortal” was played.  Overall, Evanescence’s performance was not as theatrical, rather more focused recreating the mix of organic vocals and synthetic sounds.  Lee took a small break from her set to interact with her fans and even mentioned how she used to live in West Palm Beach, so it still felt like home.

The encore provided a pleasant surprise for fans of both headliners as they closed the show together with a duet of a mash-up of Sia’s “Alive” and Ozzy Osbourne’s “No More Tears.” Overall, the show as an amazing experience that I was glad to witness. Go check them out in a city near you. They will be touring together until early September. 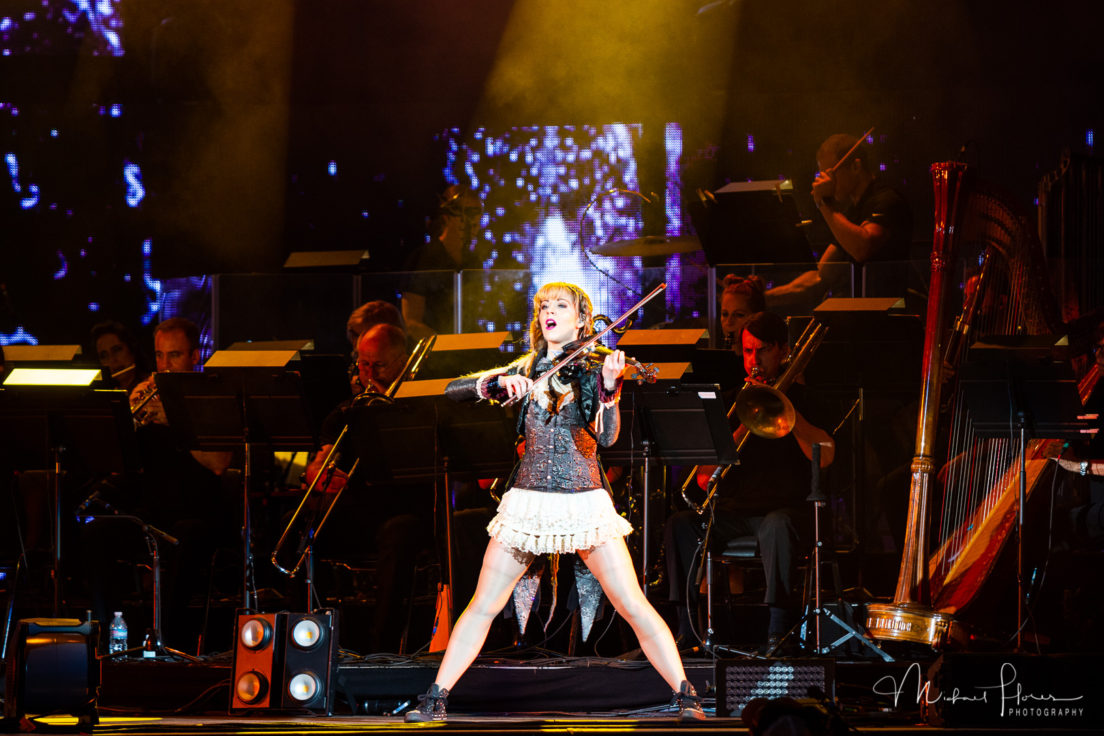 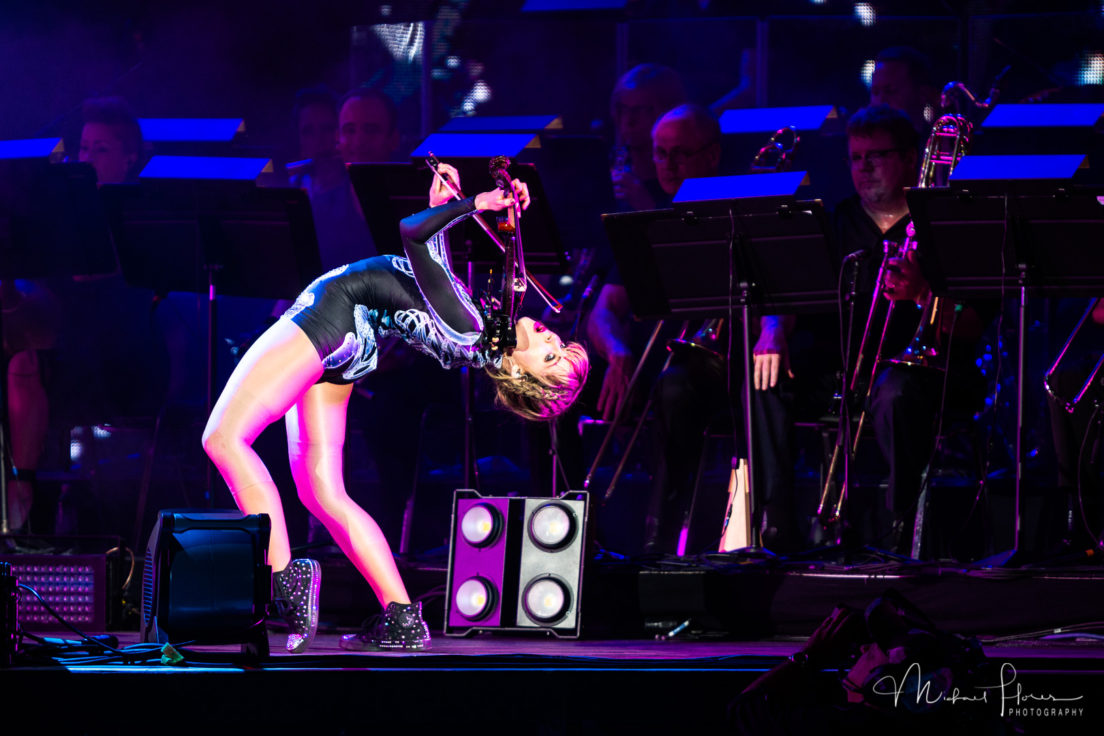 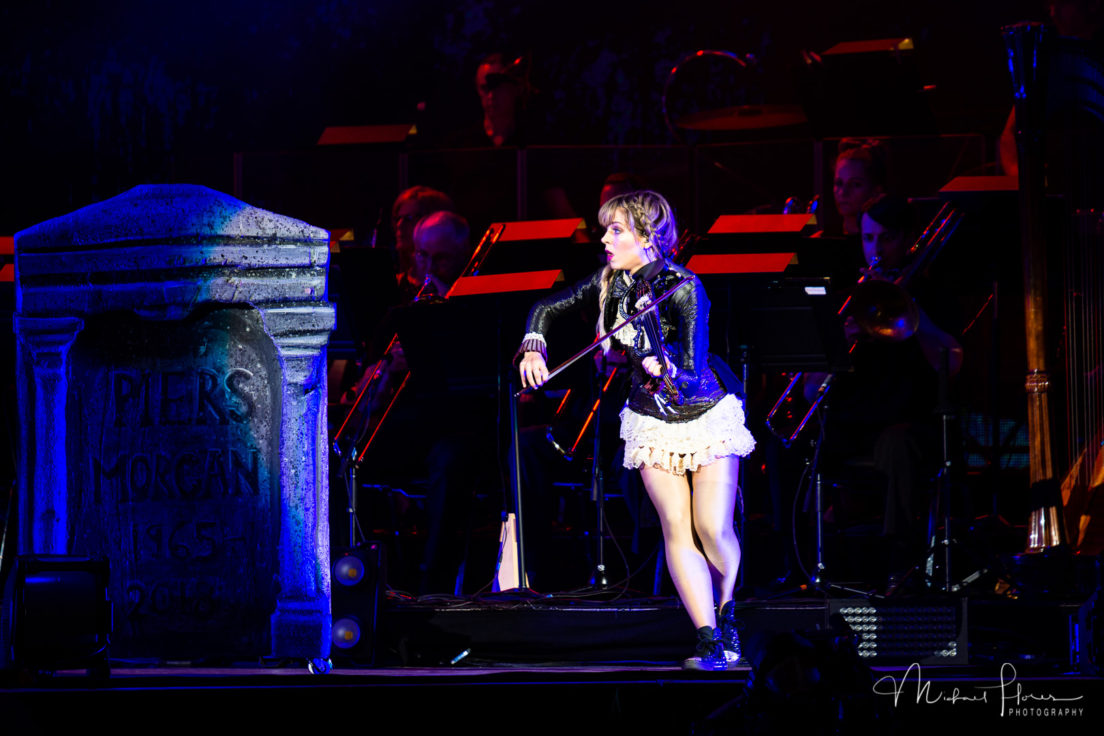 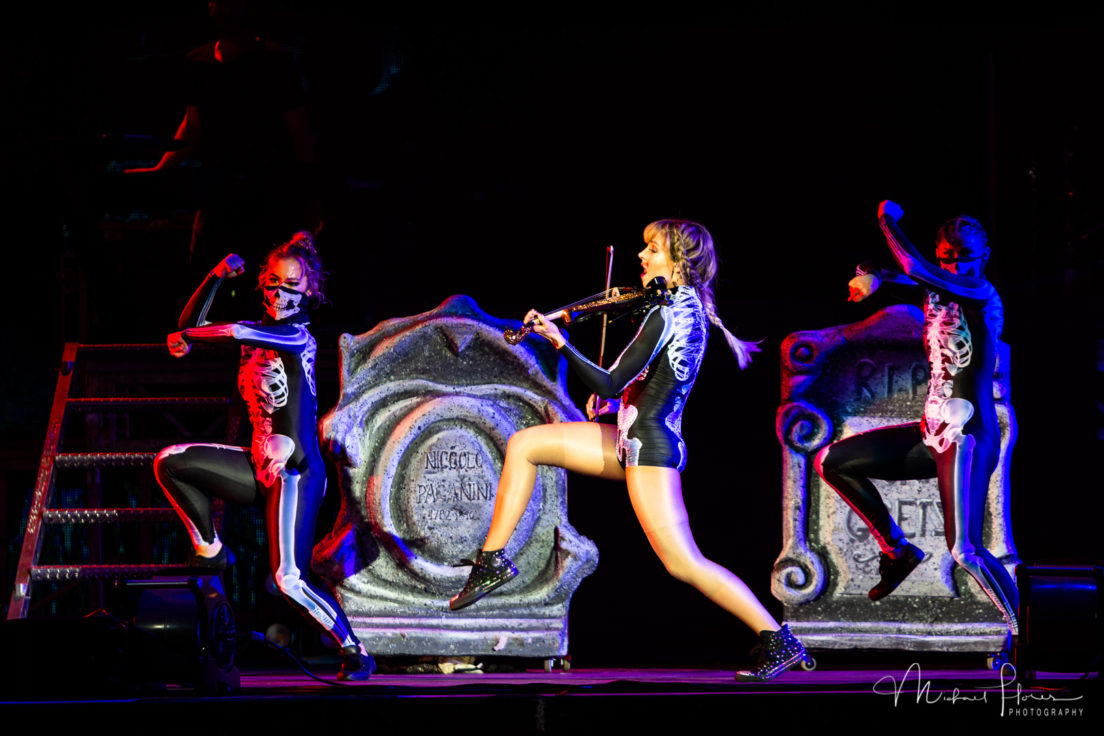 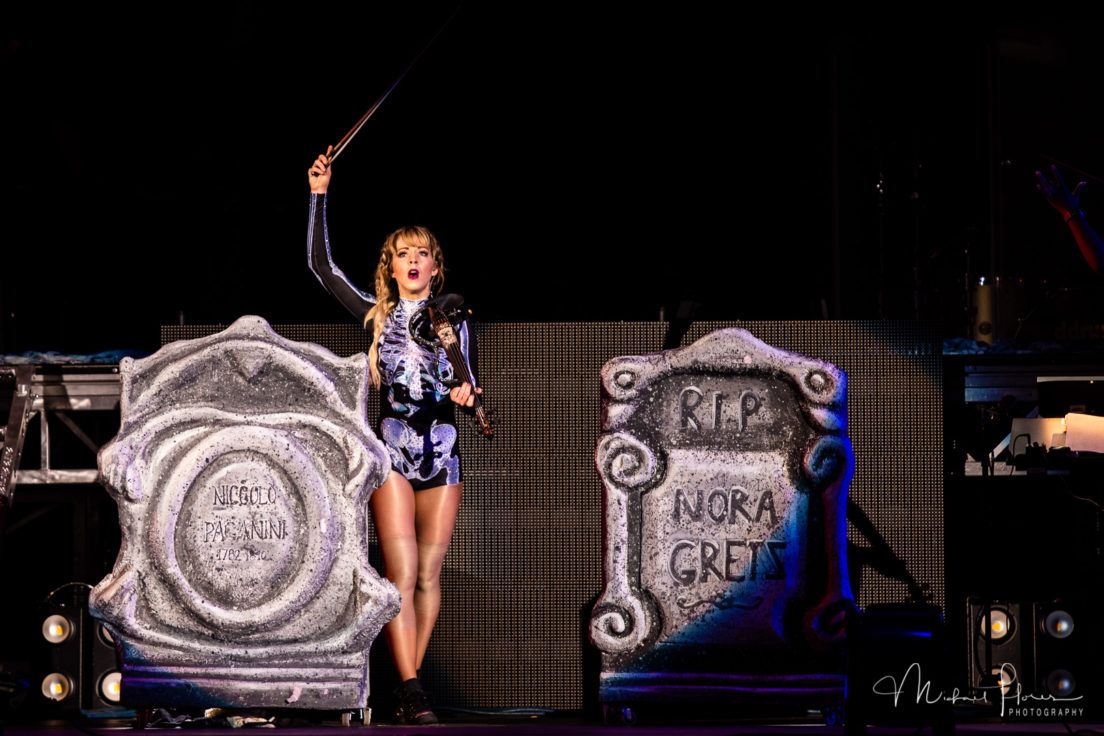 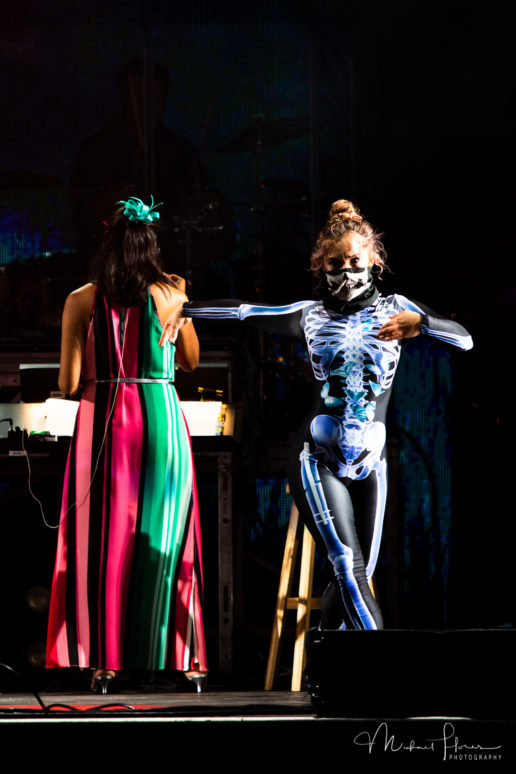 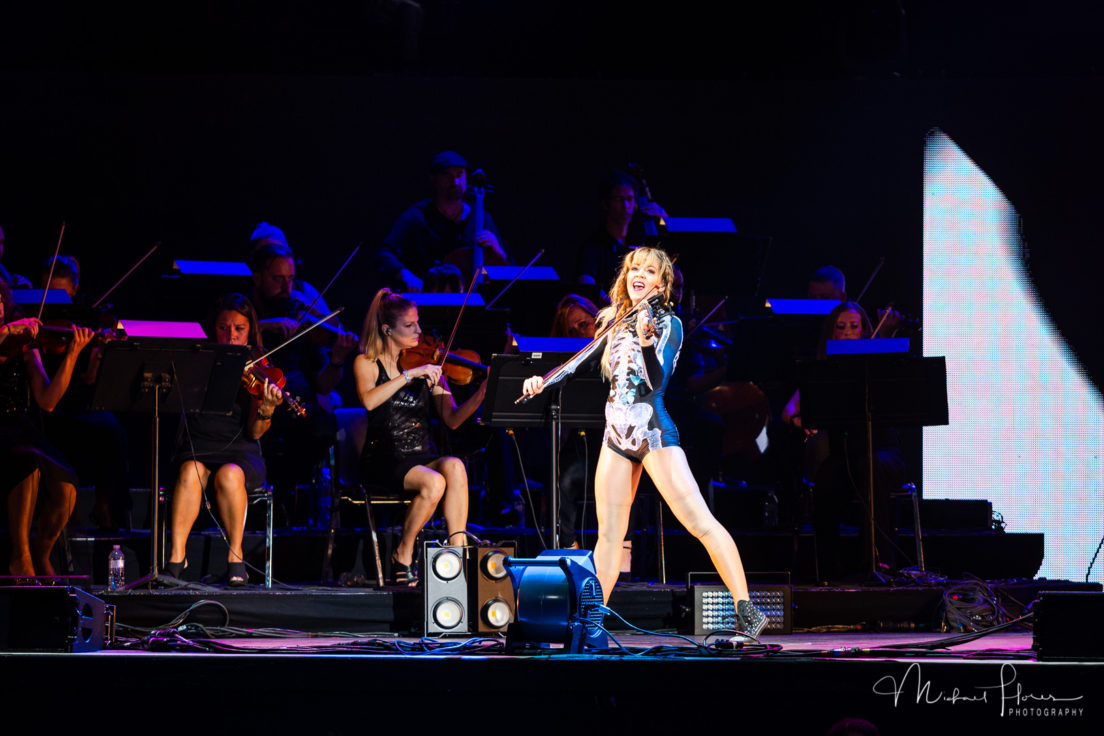 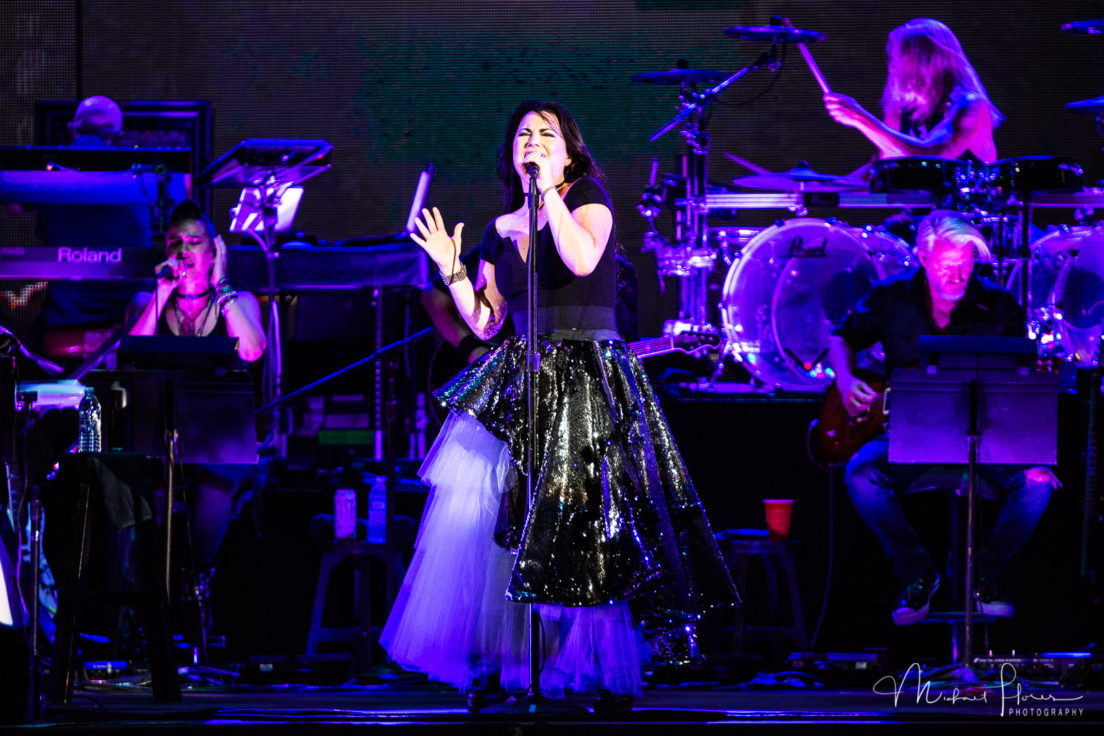 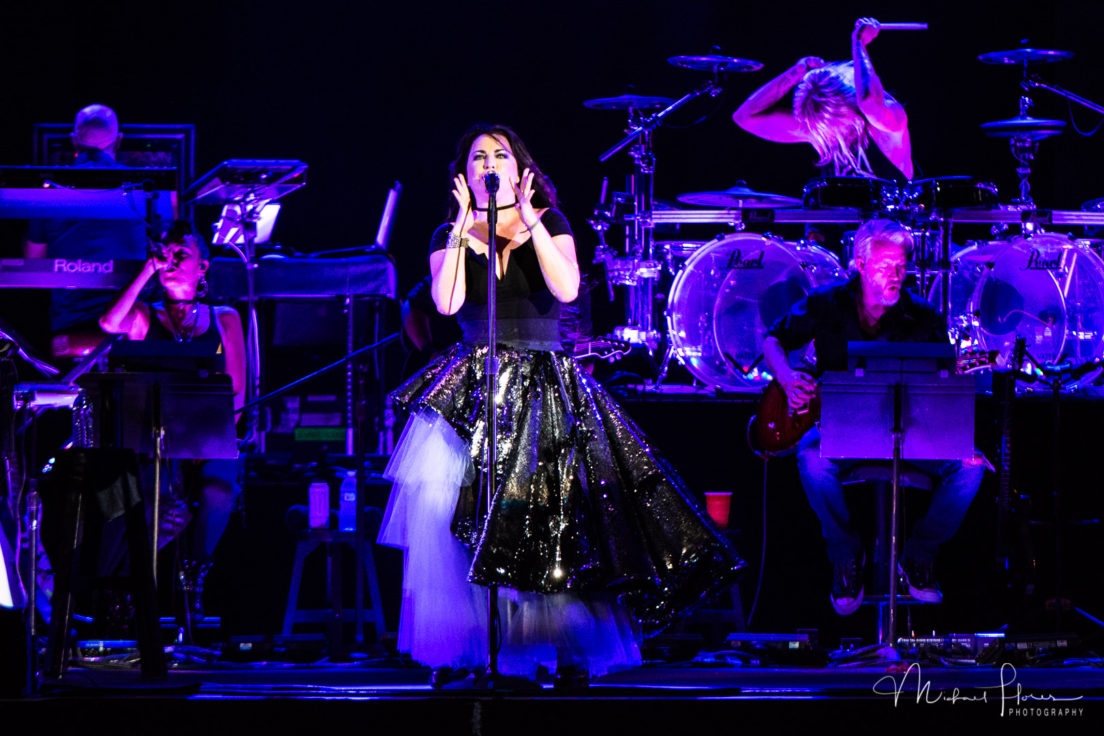 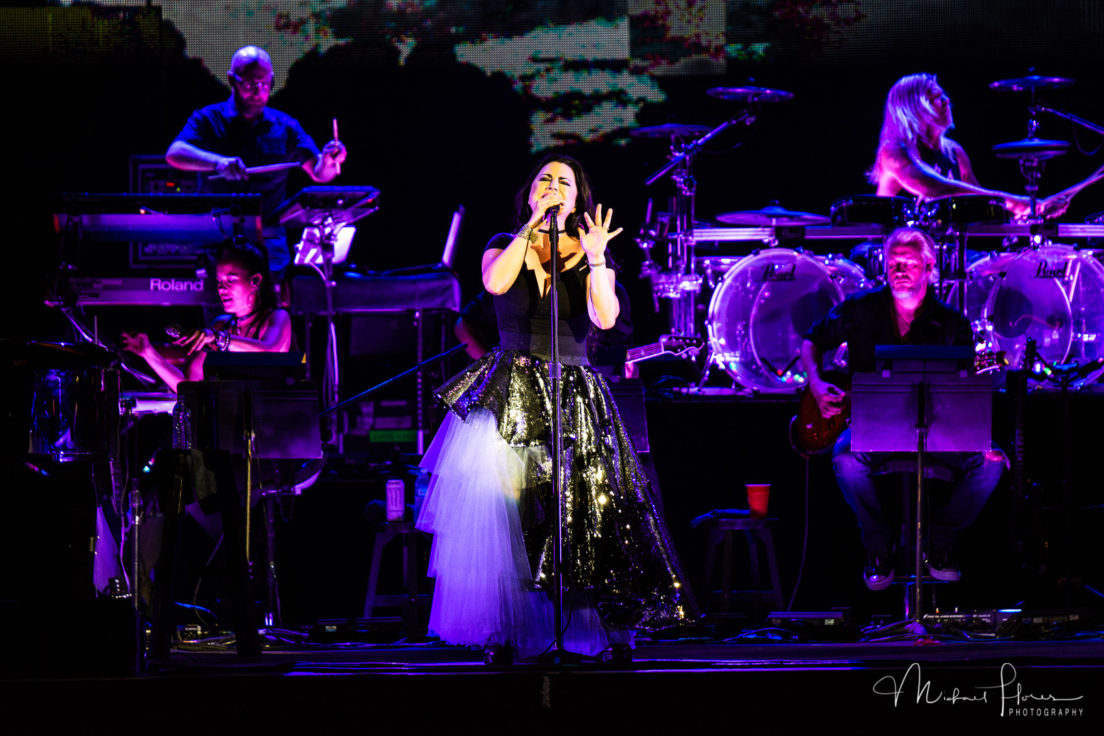 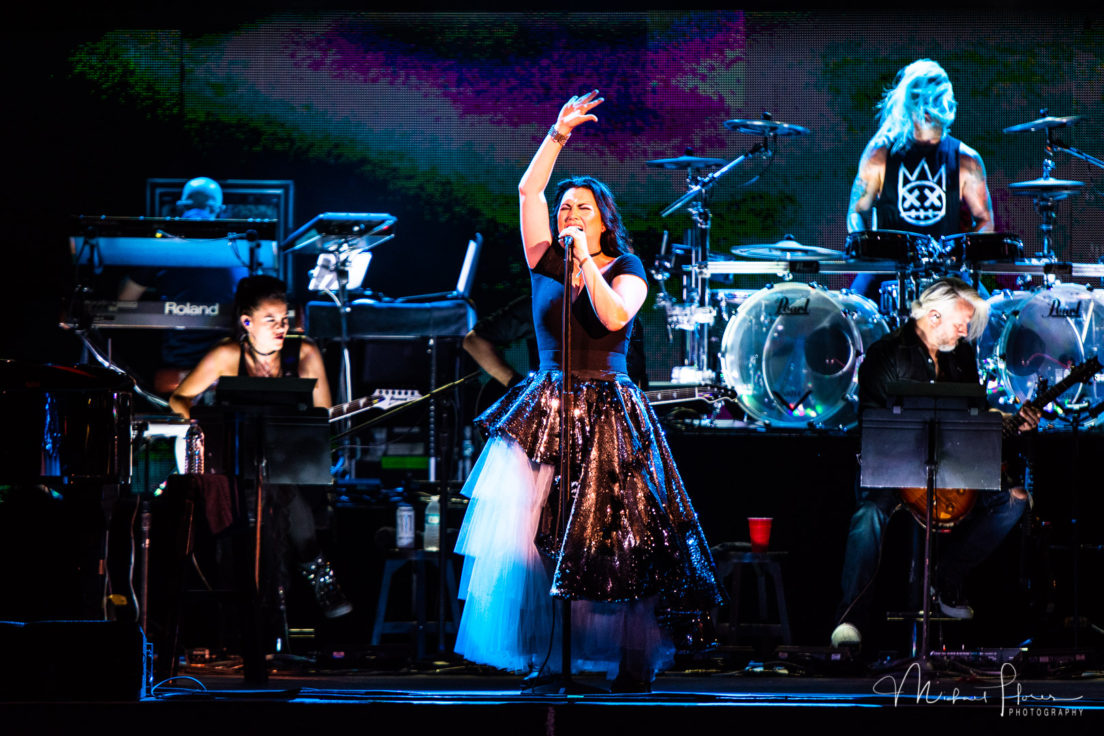 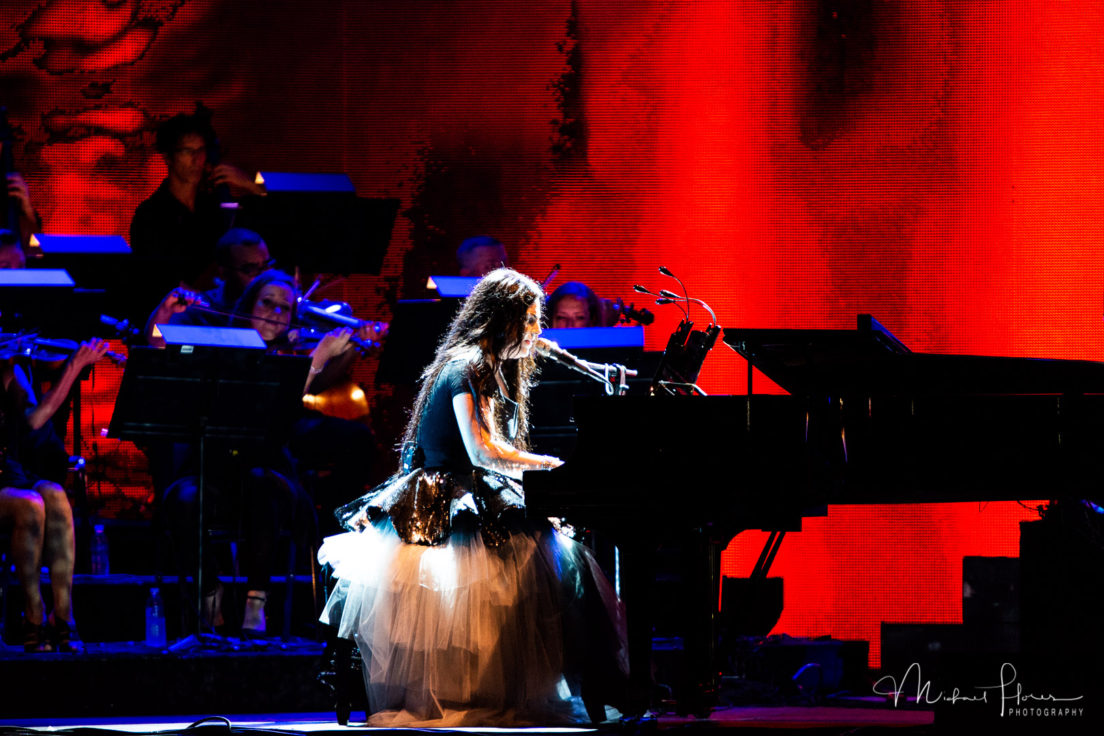 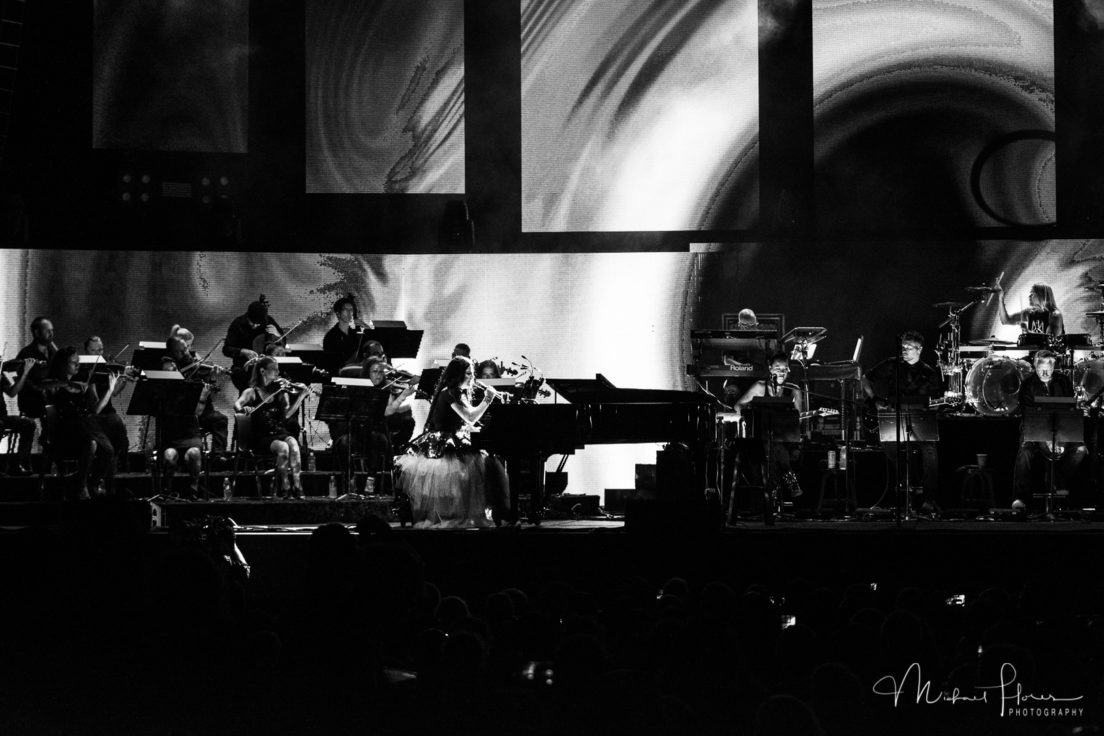 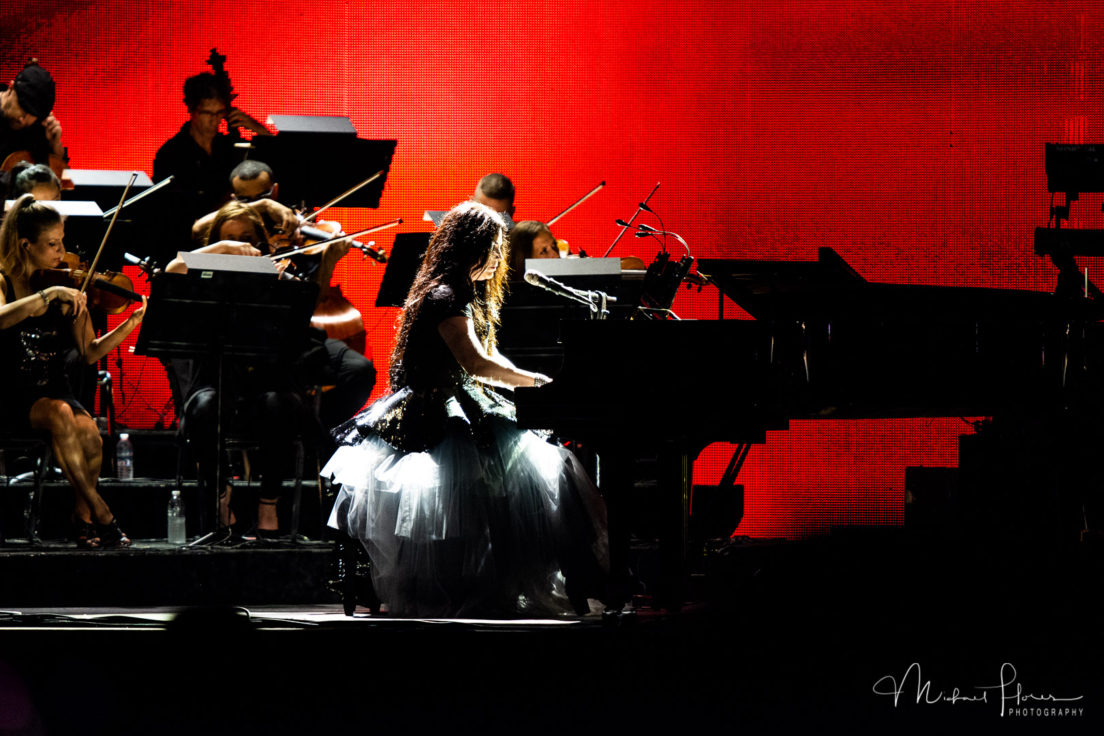 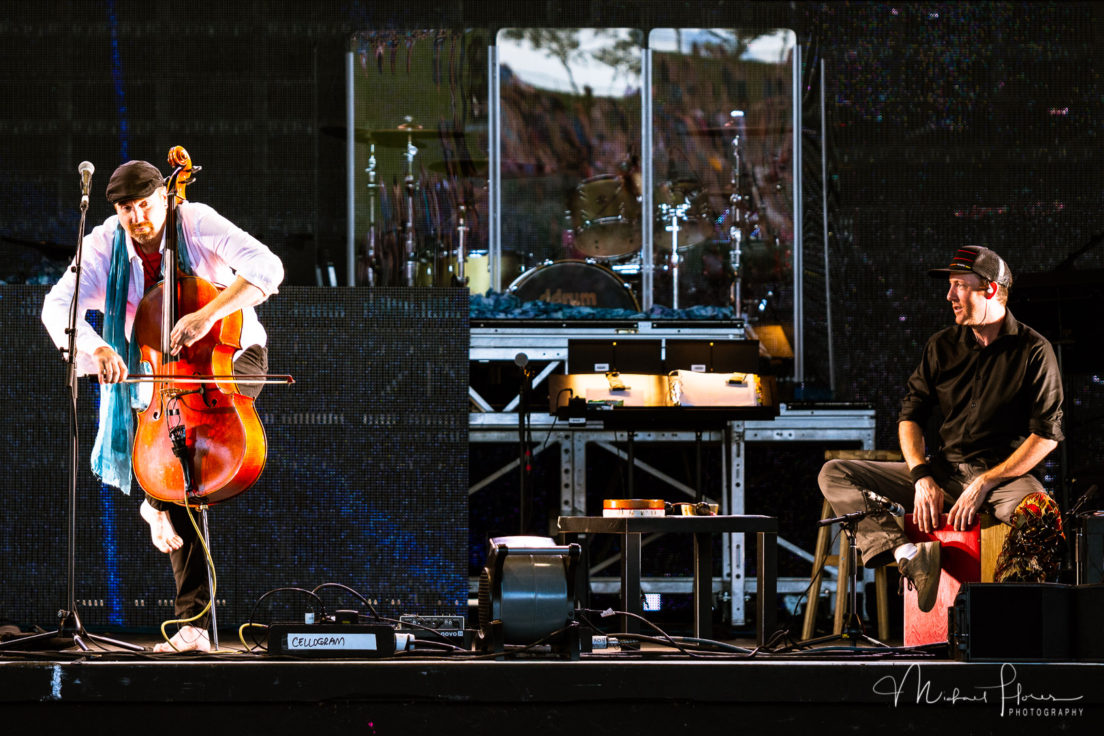 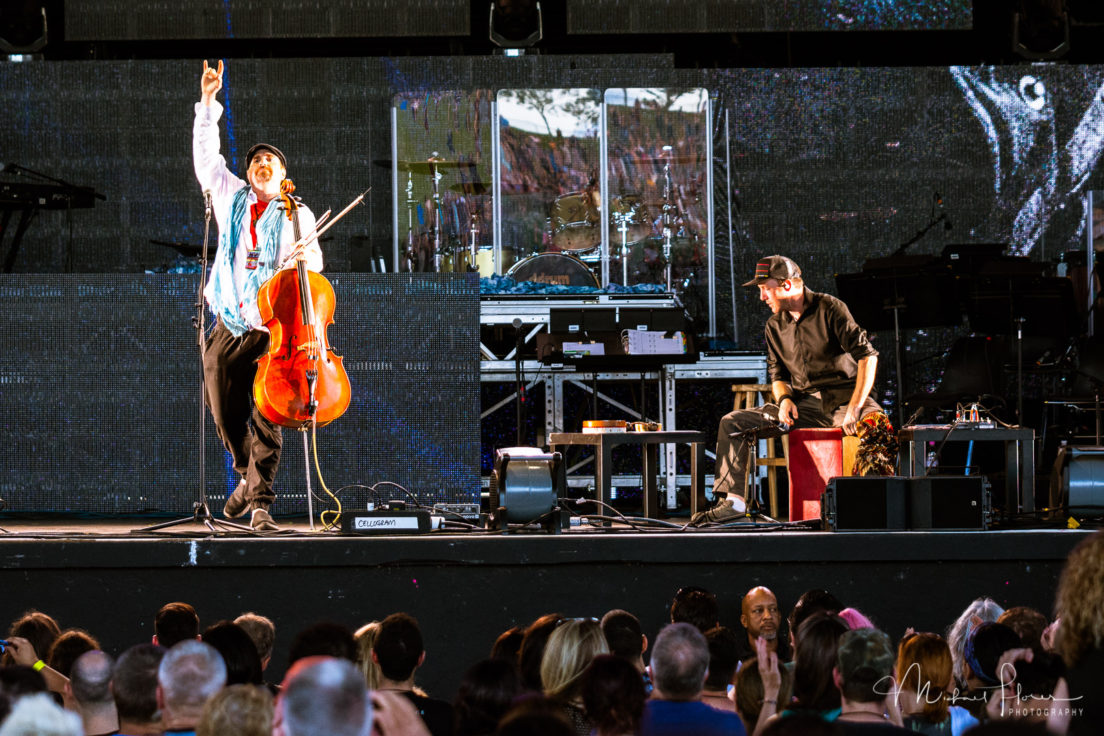