Indianapolis, IN – Co-headliners Godsmack and Shinedown have both released albums in 2018 (When Legends Rise and Attention Attention, respectively), and are touring together to promote their new music and celebrate their classics as well.

Their July 28 tour stop in Indianapolis was met with anticipation, as the crowd, exceeding 20,000, steadily filled the outdoor covered pavilion and open lawn on a warm summer evening.  Like A Storm opened, bringing their New Zealand rock to the Midwest.  The Brooks brothers Chris (lead vocals, rhythm guitar, didgeridoo), Matt (lead guitar) & Kent (bass guitar), and drummer Zach Woods, brought Auckland branding to rock music.  Case in point, Chris opened and closed the Like A Storm set in dramatic fashion by playing the didgeridoo, a wind instrument developed by native Australians centuries ago.  Promoting their 2018 album, Catacombs, the band played a five song set beginning with “Pure Evil” from the new album and ending with a rousing rendition of their 2014 hit “Love the Way You Hate Me.”

Shinedown and Godsmack each played 75-minute sets, and made the most of their time on-stage.  Shinedown’s lead singer Brent Smith is serious on stage, yet uniquely charismatic.  Throughout, Smith’s steely, searing stare penetrated the crowd, his vocals delivering the fierce intensity that Shinedown fans have come to expect.  The set was punctuated frequently by extremely loud explosions that shook the air and pierced the ears, an audible manifestation of the band’s newest release, Attention, Attention.  The explosions certainly grabbed the audience’s attention.  Guitarist Zach Myers and bassist Eric Bass prowled across the stage, with Bass’s dramatic spins and leaps bringing yet more movement to the performance.

Midway through the set, Shinedown moved to a second, acoustic stage that was at the back of the pavilion, performing to the fans on the lawn.  There, they played “45” and a cover of Lynyrd Skynyrd’s “Simple Man.”  It was a testament to the band’s commitment to entertaining all the fans, even those far from the main stage.

Godsmack closed the evening with a classic Godsmack stellar performance.  Front man Sully Erna connects with the audience on a personal level through his wickedly infectious grin, witty humor and magnetic stage presence.  On several occasions, he made casual fun of his new-found hair gel used to slick his hair back so that it would not move under any circumstances.  He’d run his hand over his hair, marveling at the staying power of the gel, to the delight of the fans.  But make no mistake, Godsmack is not a comedy routine… it is a kick-ass ROCK SHOW. Erna and his bandmates put on a concert with raw power that was reminiscent of an early Bruce Springsteen and the E Street Band show.

Through classic fan favorites such as “Keep Away,” “Alive” and “I Stand Alone,” as well as new songs ”When Legends Rise,” “Unforgettable” and “Say My Name,” Godsmack had the crowd rocking.  Erna’s remarkable vocal talents during a spellbinding performance of “Voodoo” were noteworthy.  Just past the midway point of the set, out came the second drum kit, and Erna and Shannon Larkin played the “Battalla de los tabores” drum duel to the thrill of the crowd, Larkin with his fluid drumming motion that is mesmerizing to watch.  Everyone was on their feet cheering.  Classic Godsmack.  It was gold.

“You want more?  You want more?” Erna shouted, that grin crossing his face.  And they gave more, including a “surprise” cover of AC/DC’s “Highway to Hell.”

A Godsmack concert is a hard rock show with a personal connection to the crowd.  Shinedown is an intense experience with a fierce edge.  Together, the two bands complemented each other well, giving the night a full, satisfying experience for the fans to take home.

The tour continues into October, so there’s plenty of opportunity to catch one of their shows.  Go!  Check the tour schedule at http://www.shinedown.com/shows  orwww.godsmack.com/tour. 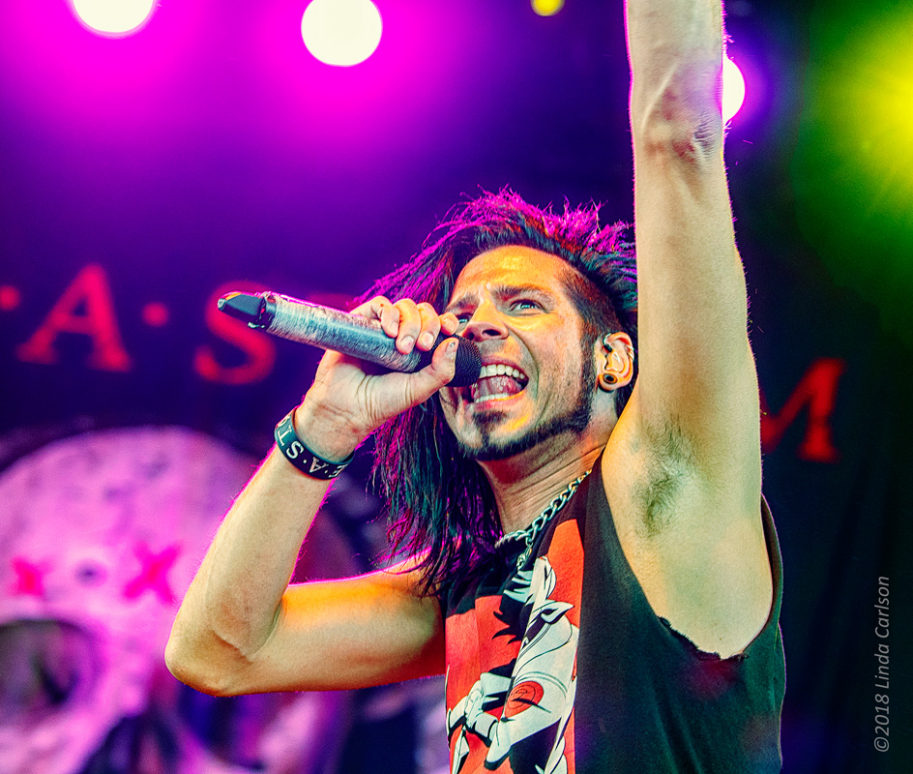 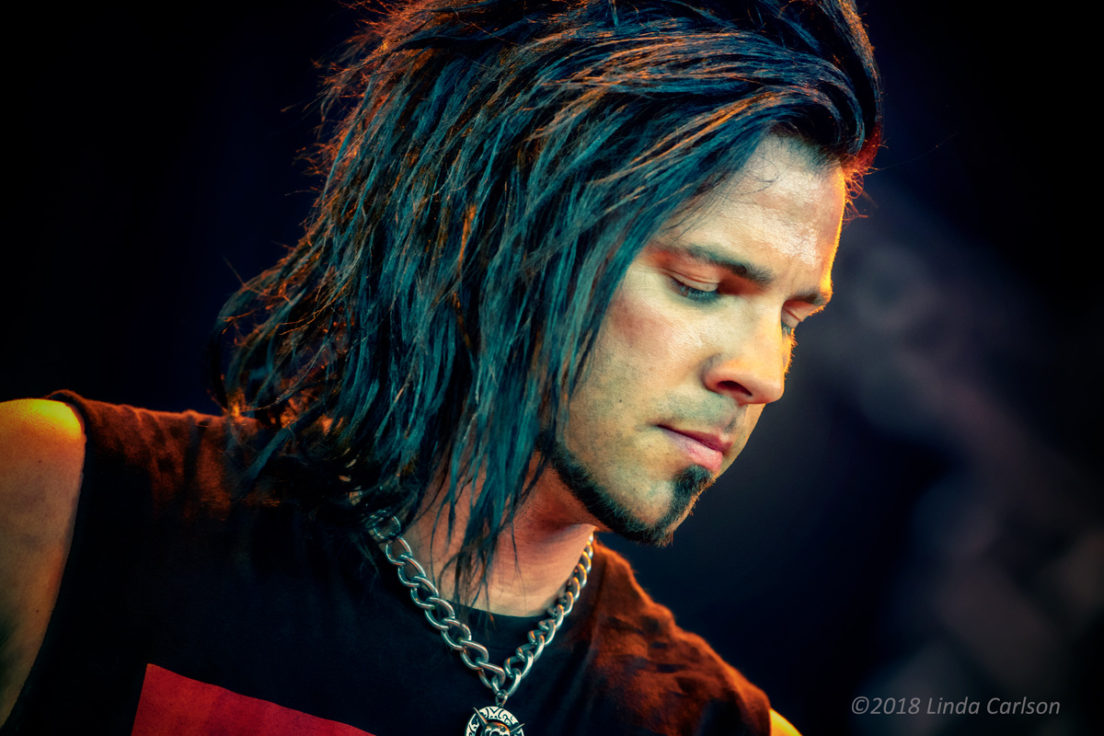 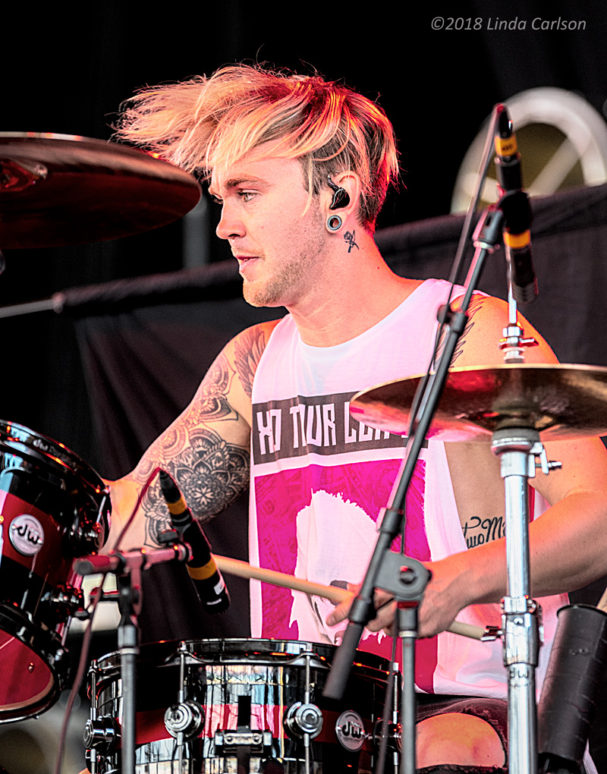 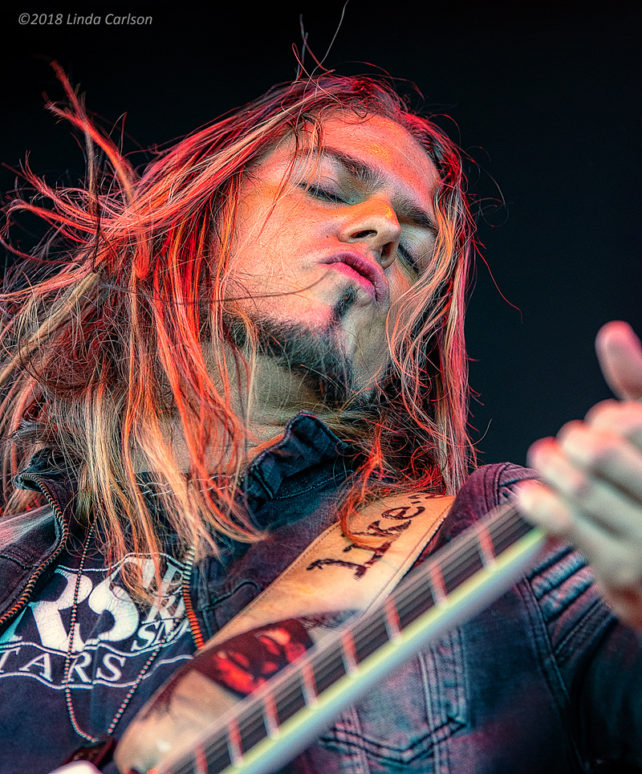 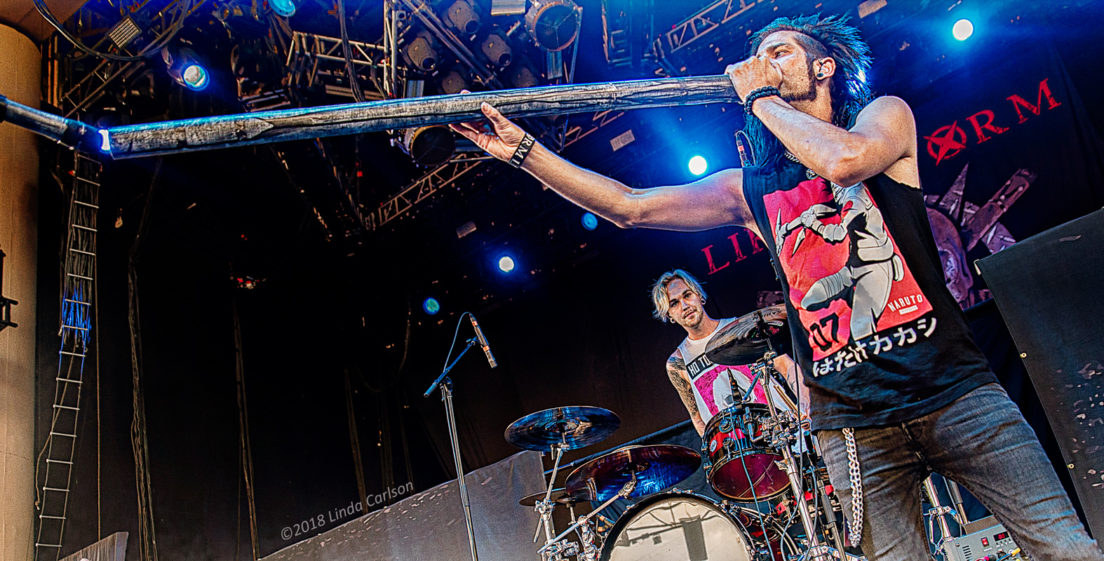 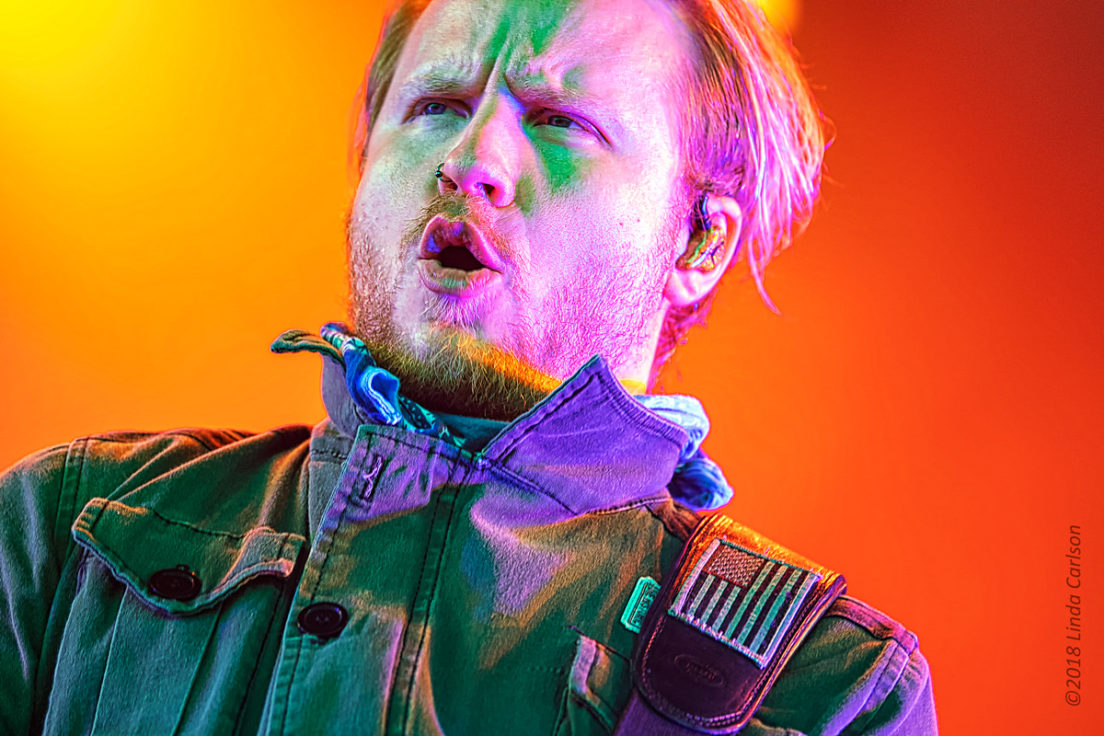 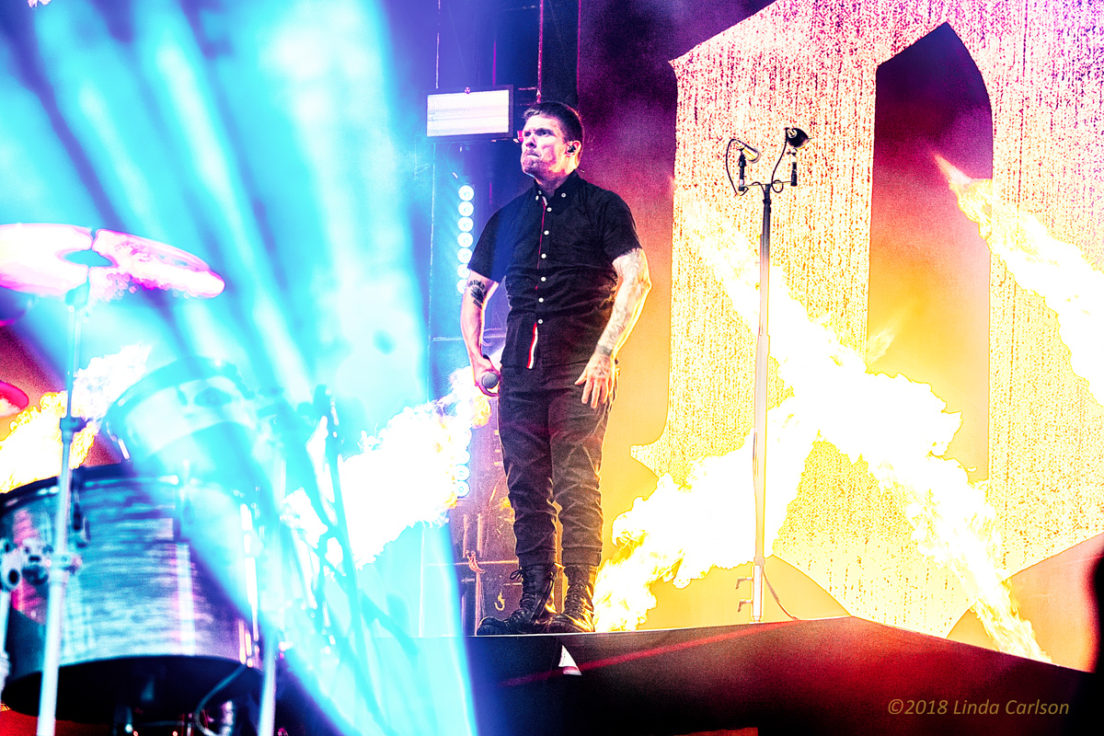 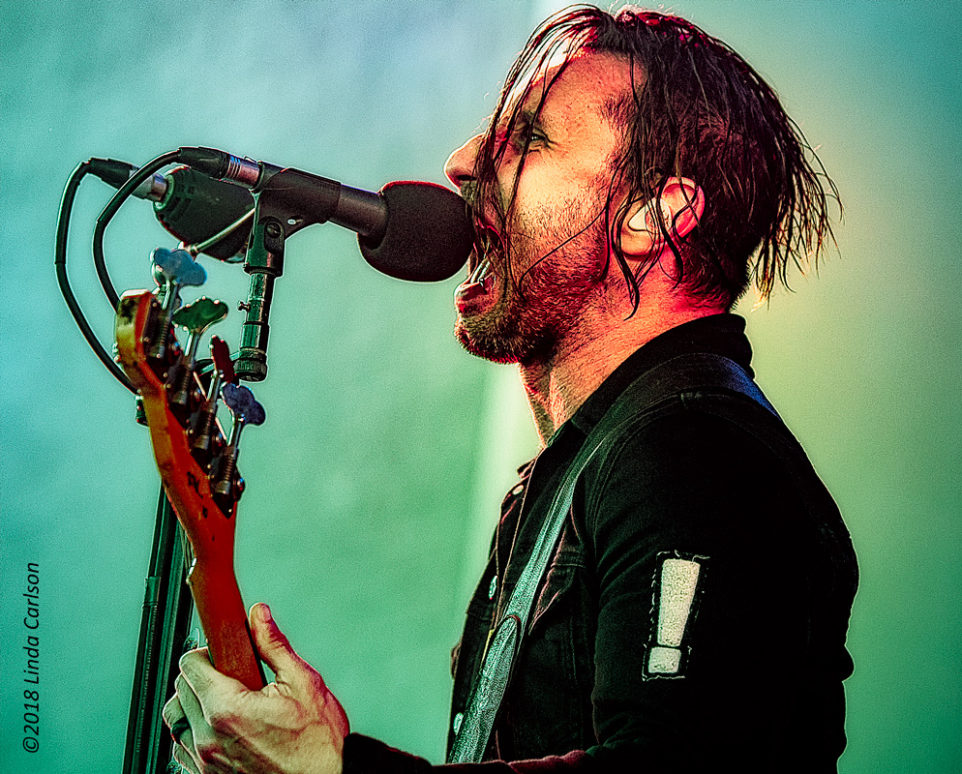 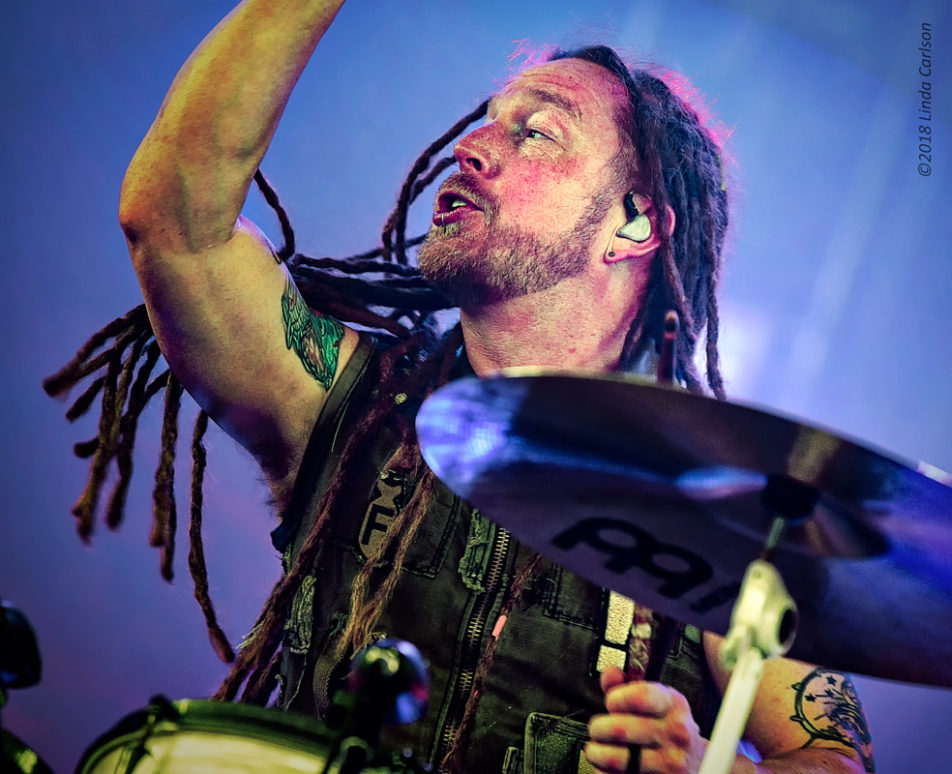 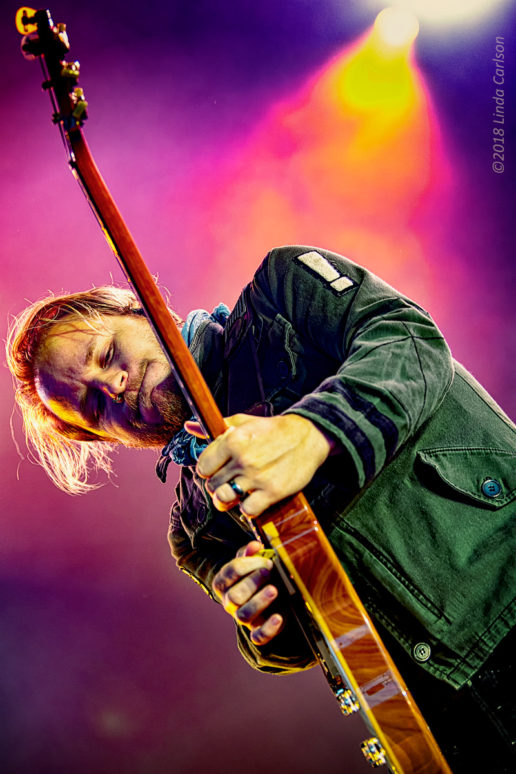 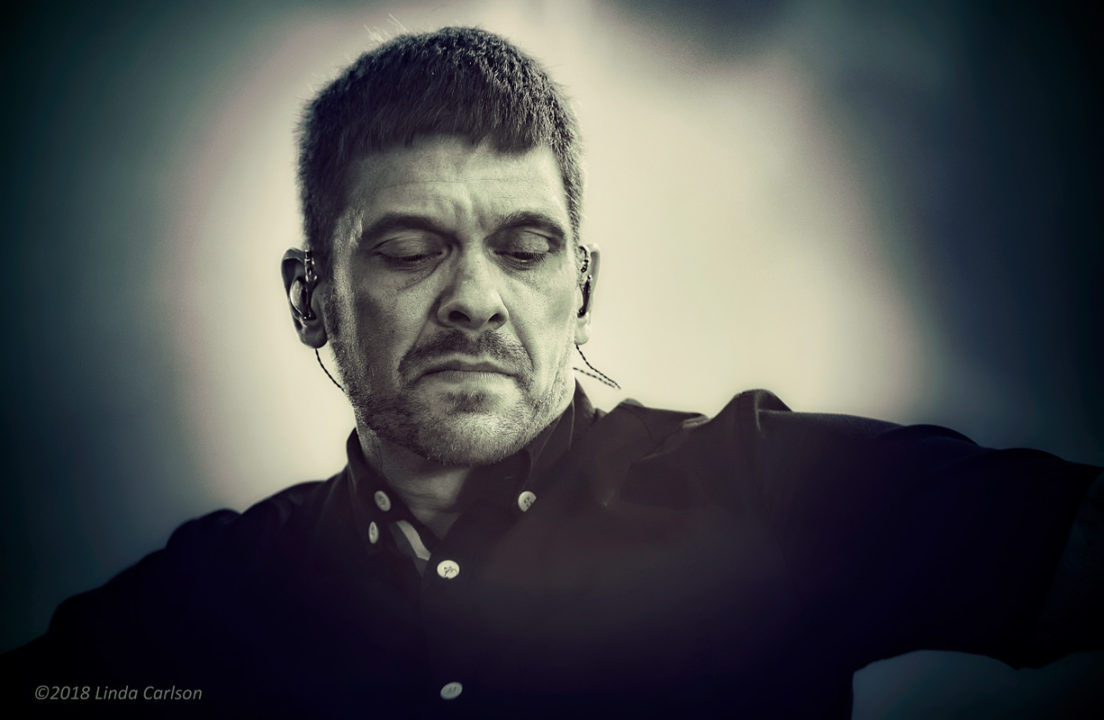 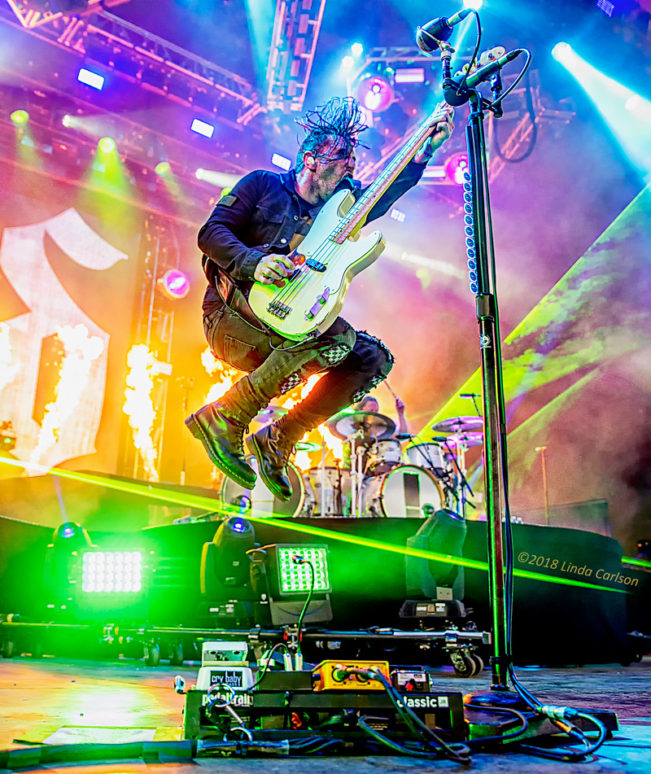 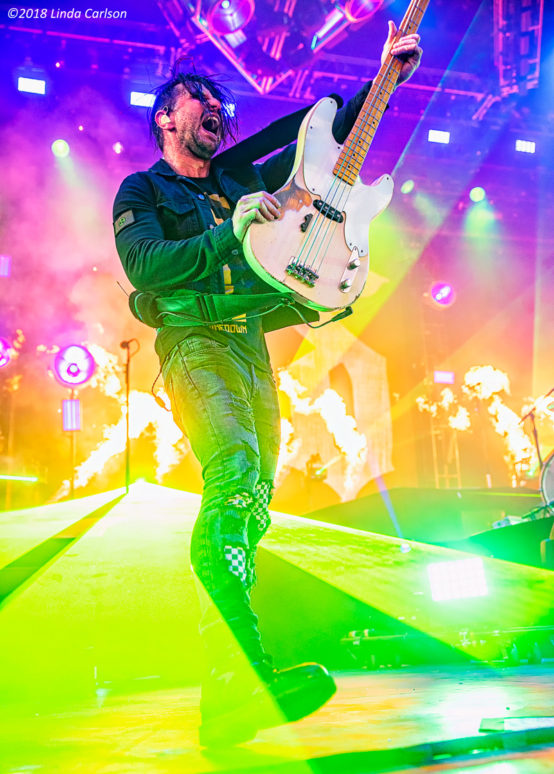 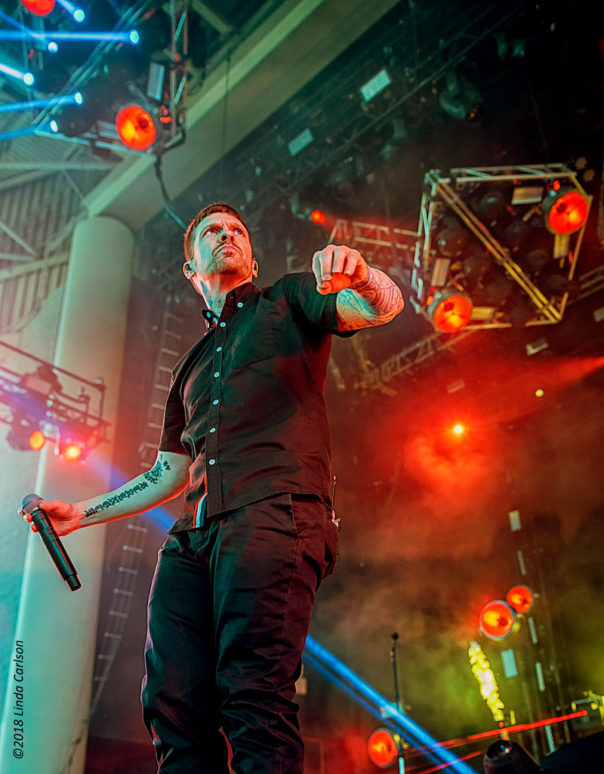 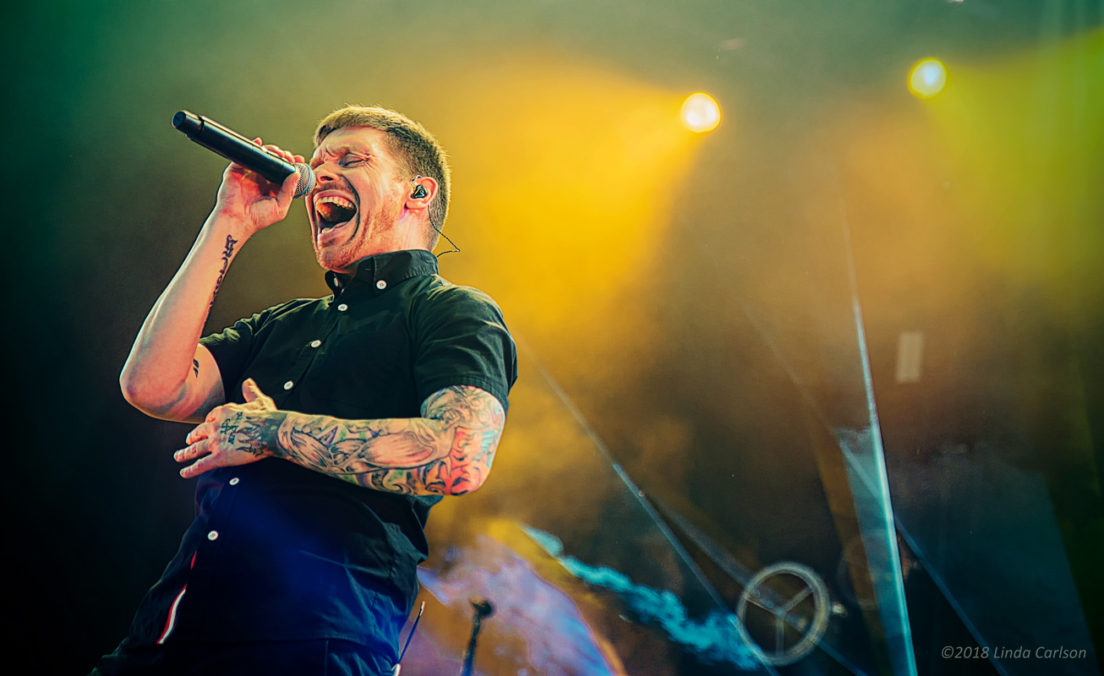 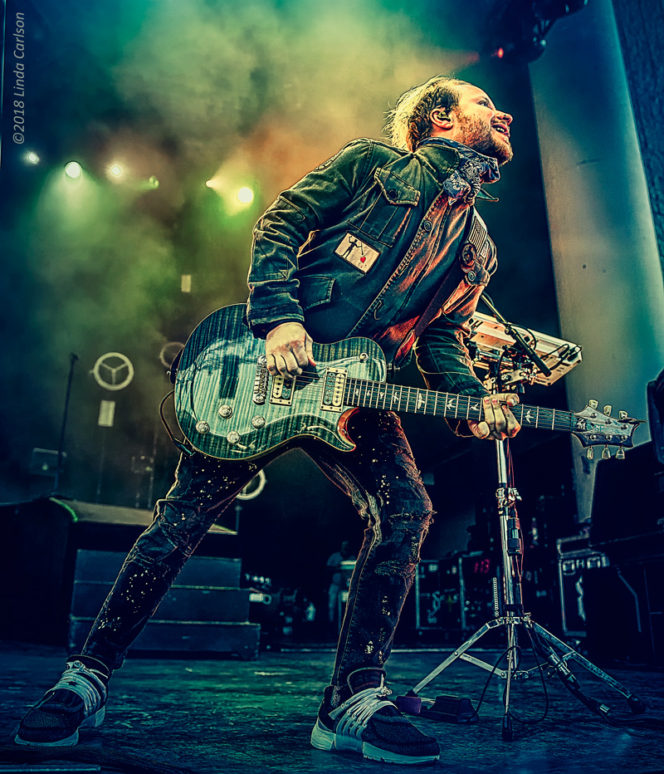 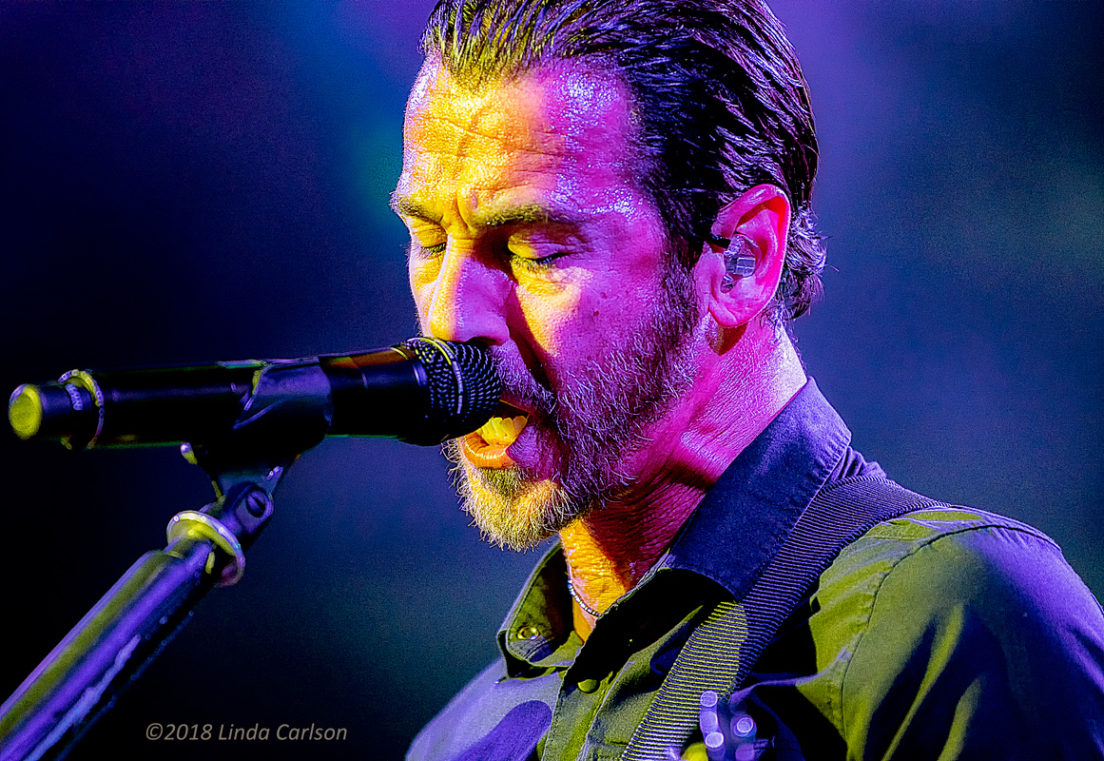 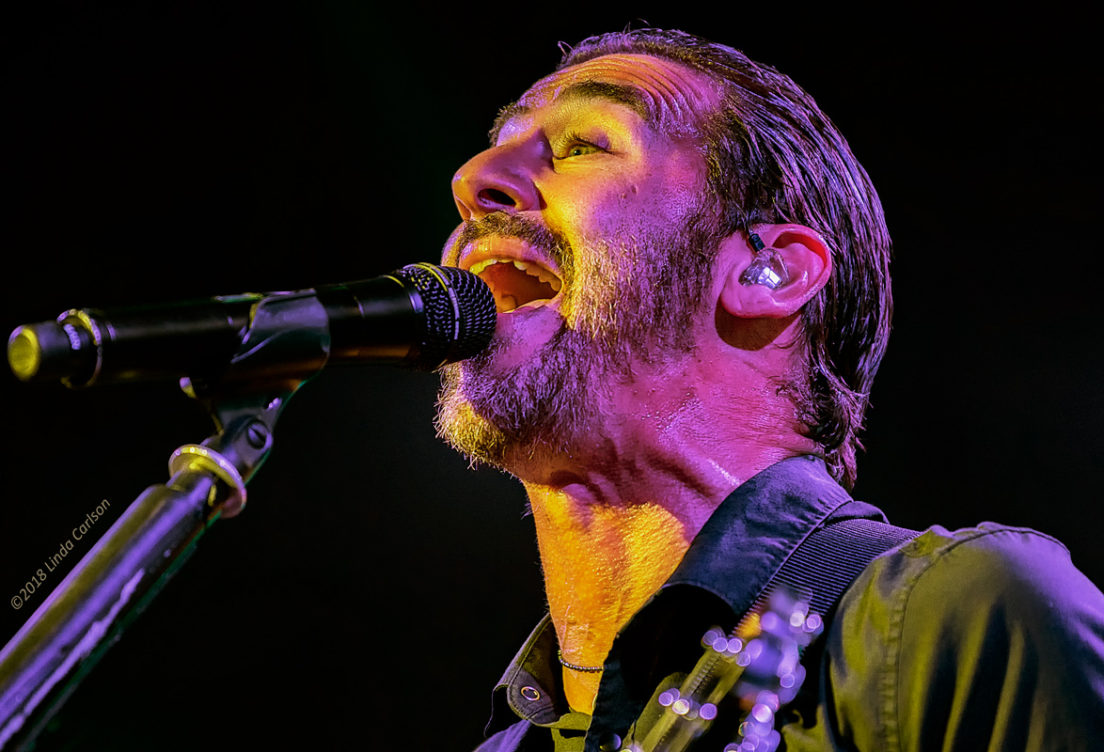 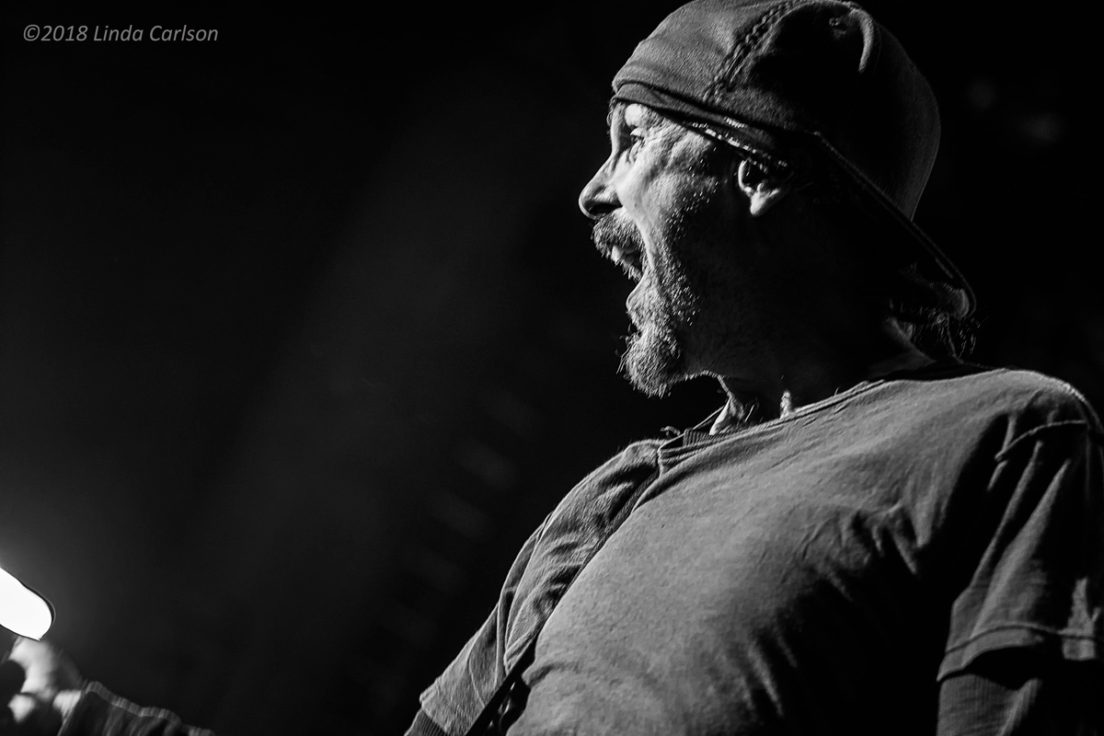 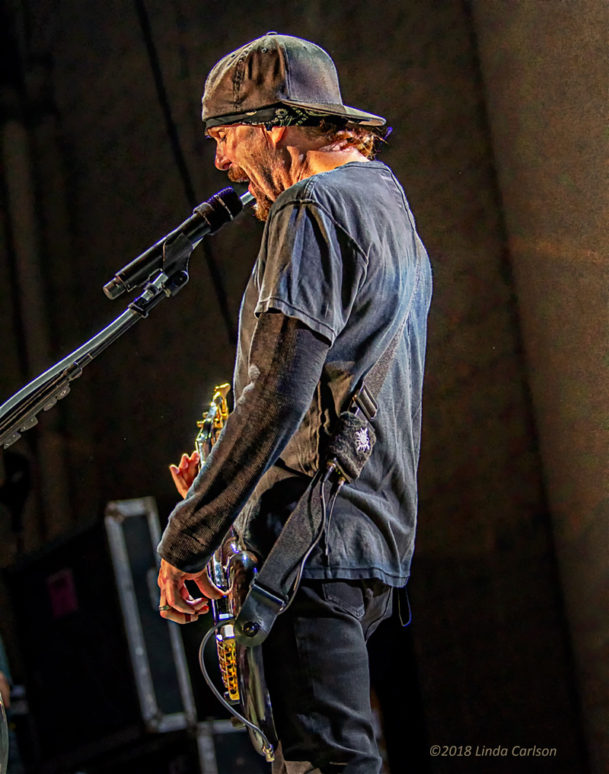 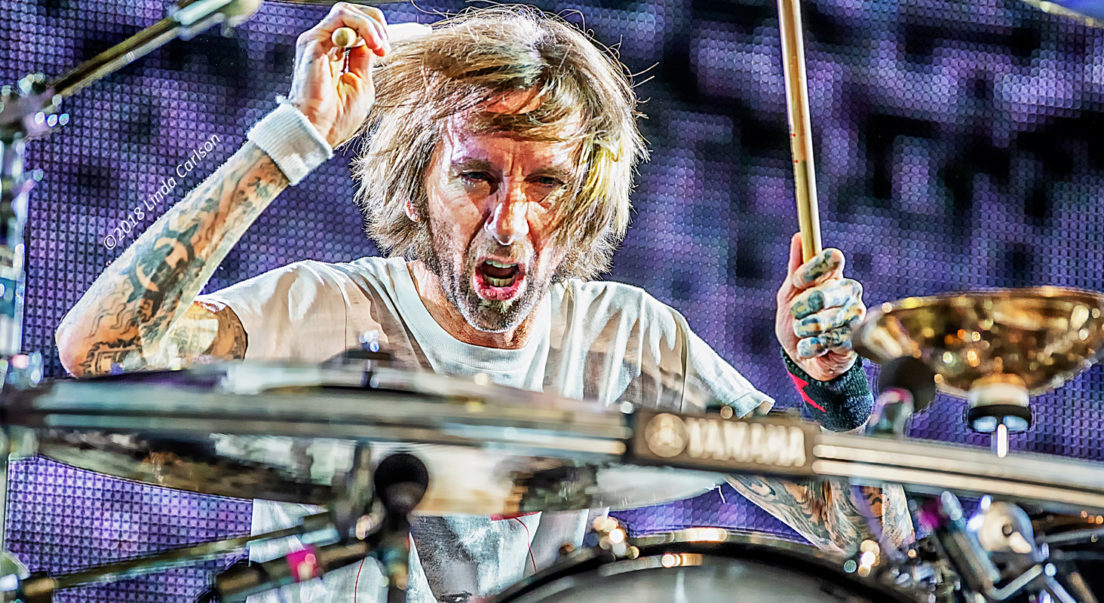 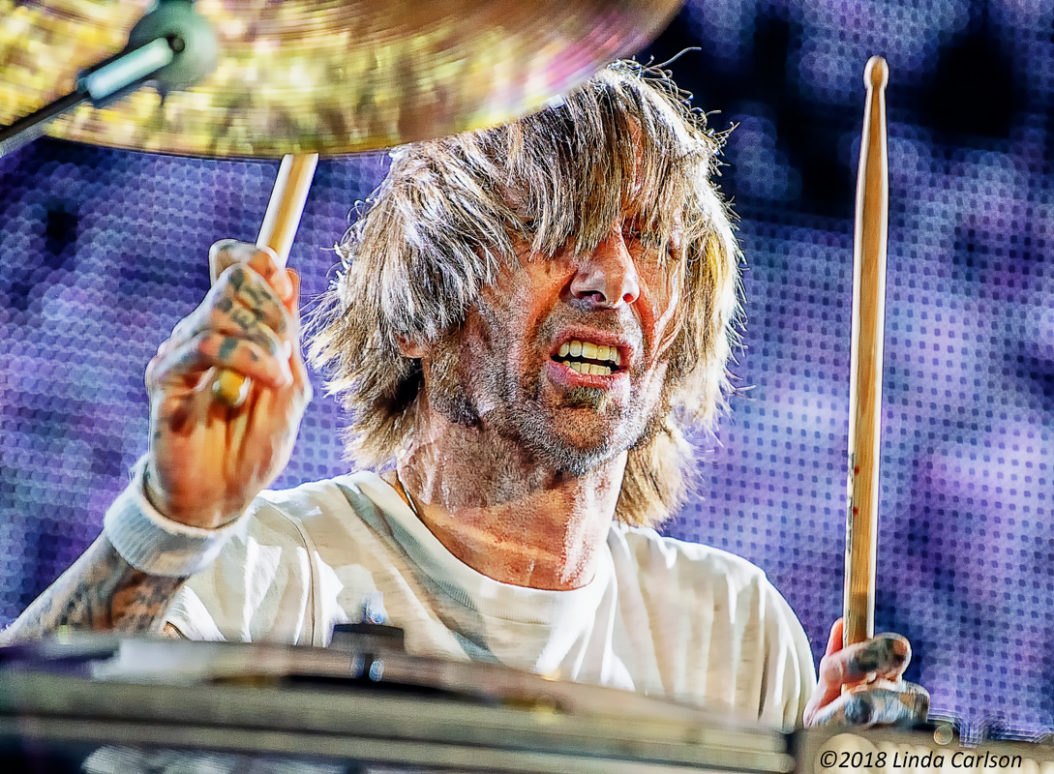 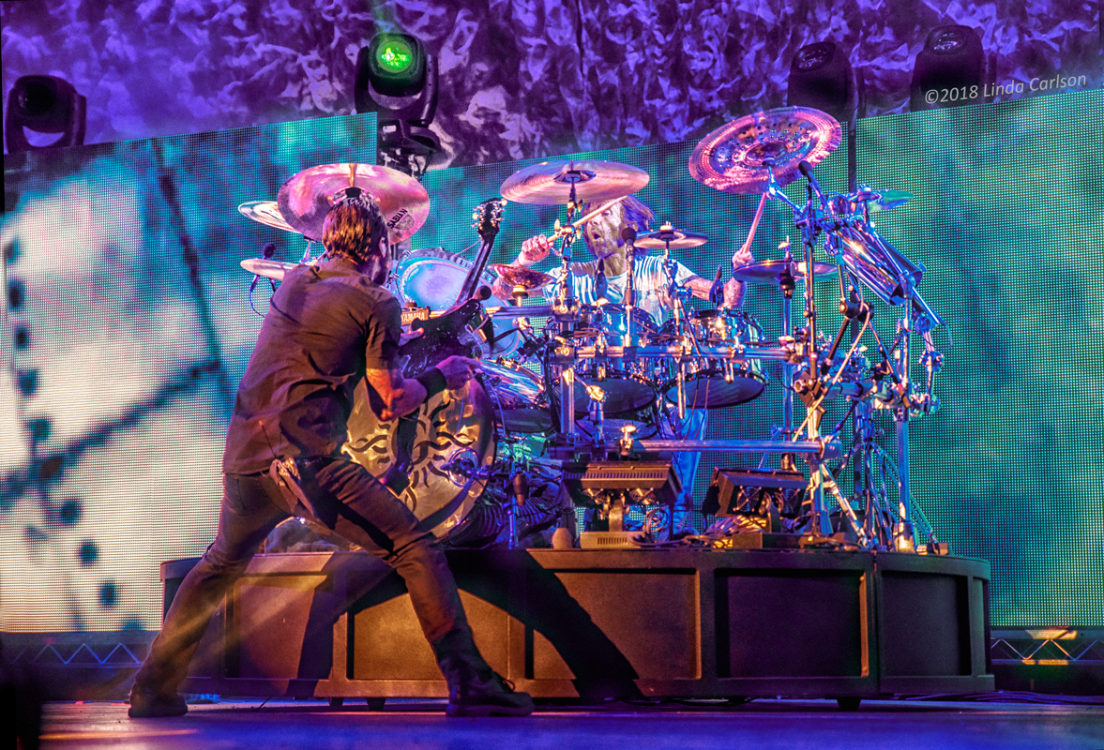 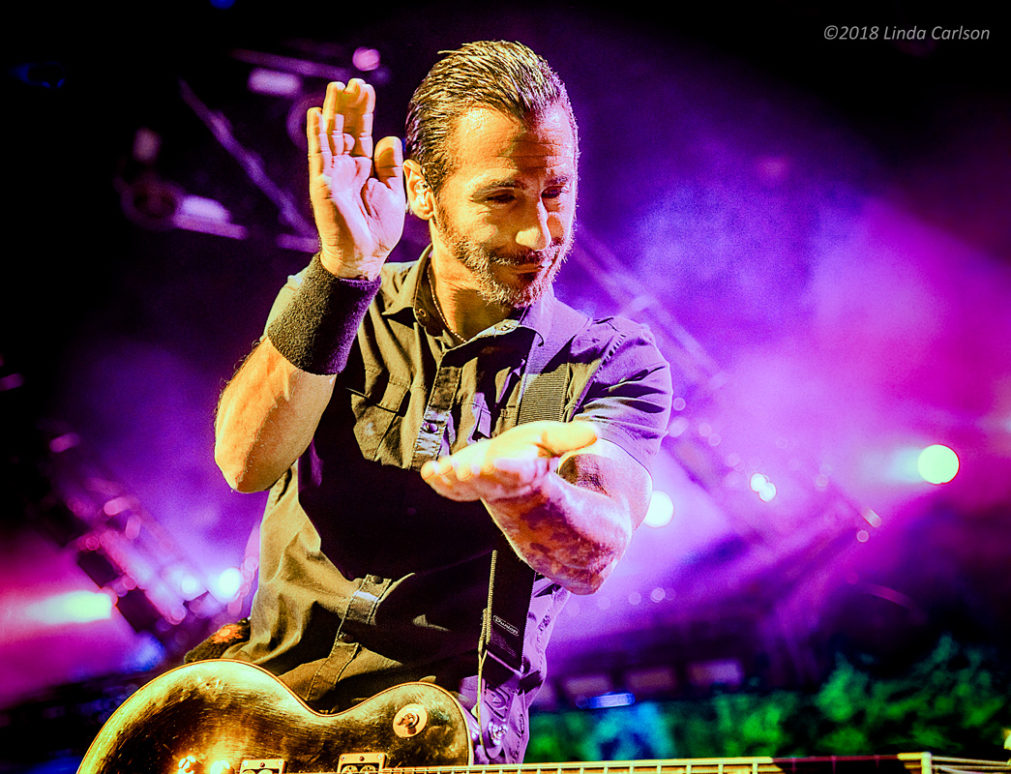 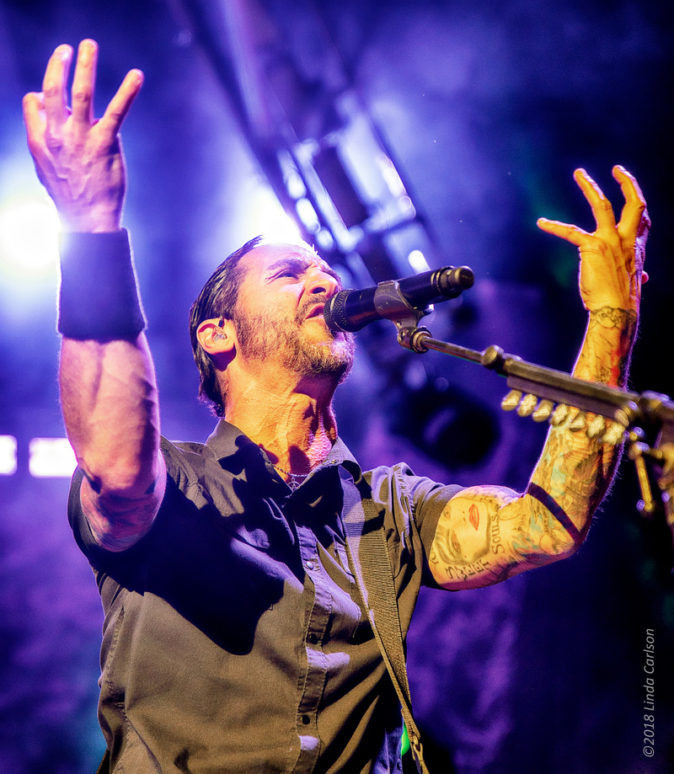 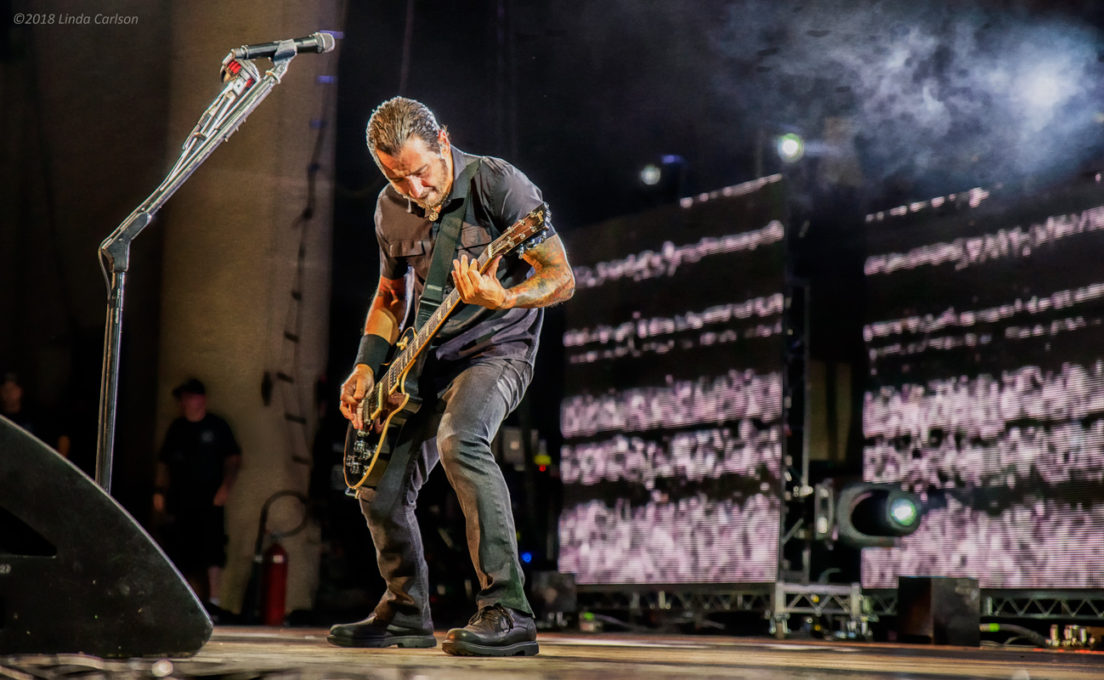 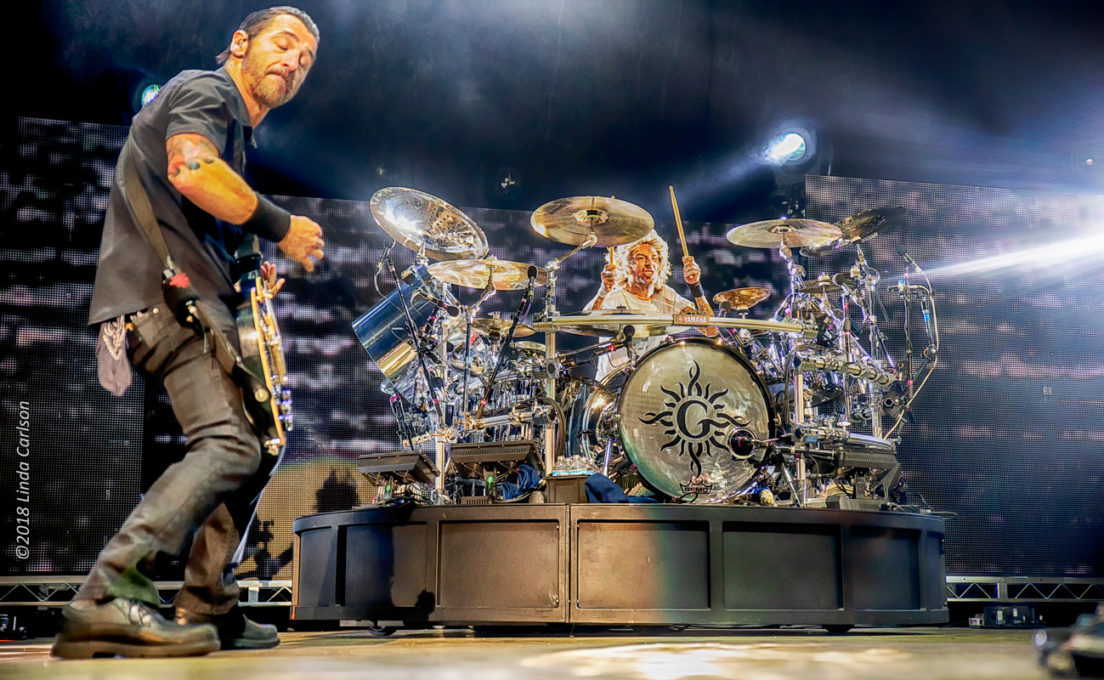