Holmdel, NJ – Arguably the perfect summer rock tour with the perfect line-up, The Rev 3 featured a collection of bands that span a wide generational spectrum, with something for everyone. Poised to unleash yet another night of alt-rock nostalgia upon an audience of thousands on this humid NJ night with a line-up that could easily satisfy rock fans of all ages; including opener Julien – K, and featuring a 3 pronged attack of headliners The Cult, Bush, and The Stone Temple Pilots – all of them no strangers to major mainstream success. 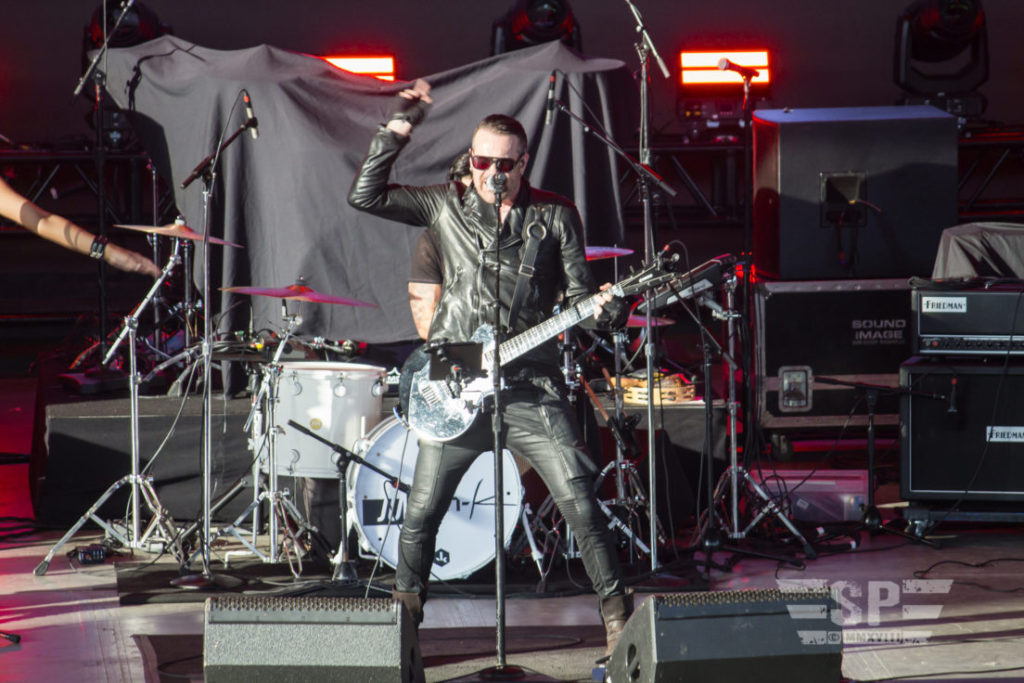 Taking the stage and preceding this this legendary lineup was Long Beach CA’s Julien-K – named after a character portrayed by Richard Gere in some forgotten movie rather than a member of the band, Julien-K brought forth a dark industrial sound before an ever growing crowd, igniting their curiosities. Before completing an abbreviated set list that closed with the iconic New Order track “Blue Monday,” Julien-K appeared to have little trouble in opening so many mind’s to such a unique sound –  not an easy achievement before of a crowd looking forward to a night of alt-rock nostalgia. 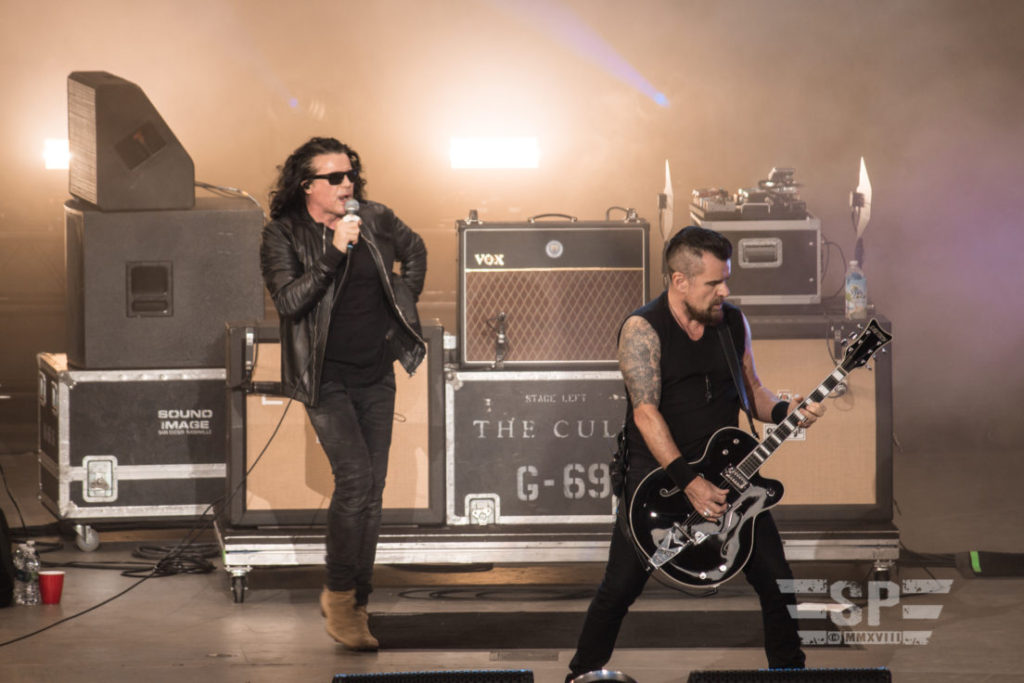 Next up, was the first of the 3 co-headliners, The Cult. You might remember them for a string of highly infectious and gritty rock and roll standards during a time when big hair and makeup were the standard look for rock and roll stardom. The Cult, featuring original founding members Ian Astbury and Billy Duffy, did rock and roll the way was it was intended. With his signature Morrison-esque crooning, Ian Astbury seized the full range of senses of the crowd below, faithfully flanked by the immortal bad-ass axe-man, Billy Duffy to assist him in his mission. Bringing on a powerful set list upon a highly energized audience, including “She sells Sanctuary” and “Fire Woman,” The Cult rocked the amphitheater as they would have three decades ago in their prime. 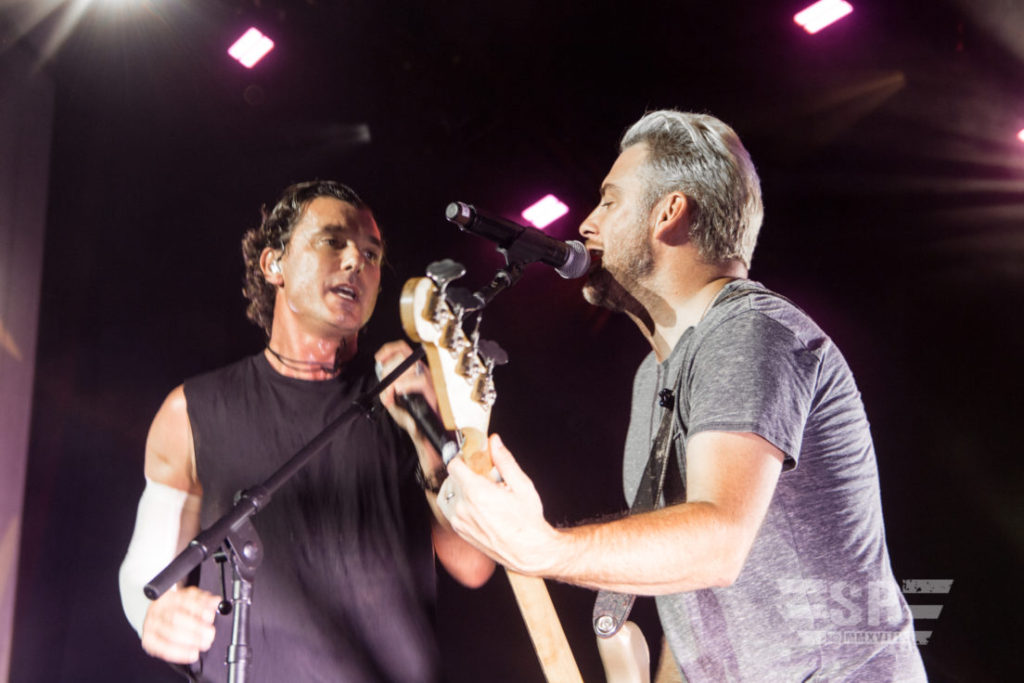 Next up was possibly the finest and most successful example of the mid to late ’90s post-grunge music scene, Bush. With seemingly and endless parade of hits from their debut record, 16 Stone, (Interscope 1994), Bush had firmly entrenched themselves in the music mainstream from then on. Recently reunited in 2011 and touring once again, and still fronted by yarl-happy vocals of the dashing evermore Gavin Rossdale, Bush had once again proven themselves before a sea of ageing but die-hard fans eager to relive the ’90s. Blasting into the night with their mega hit “Machine Head” and eventually a surprise rendition of the Beatles classic “Come together,” Gavin and crew had lots more to offer. Closing the show with a leisurely jog up and down the aisles of the entire amphitheater during the band’s performance of “little things” cause a bit of pandemonium among the venue. This of course being a testament to Gavin’s legendary stage presence and bottomless energy. 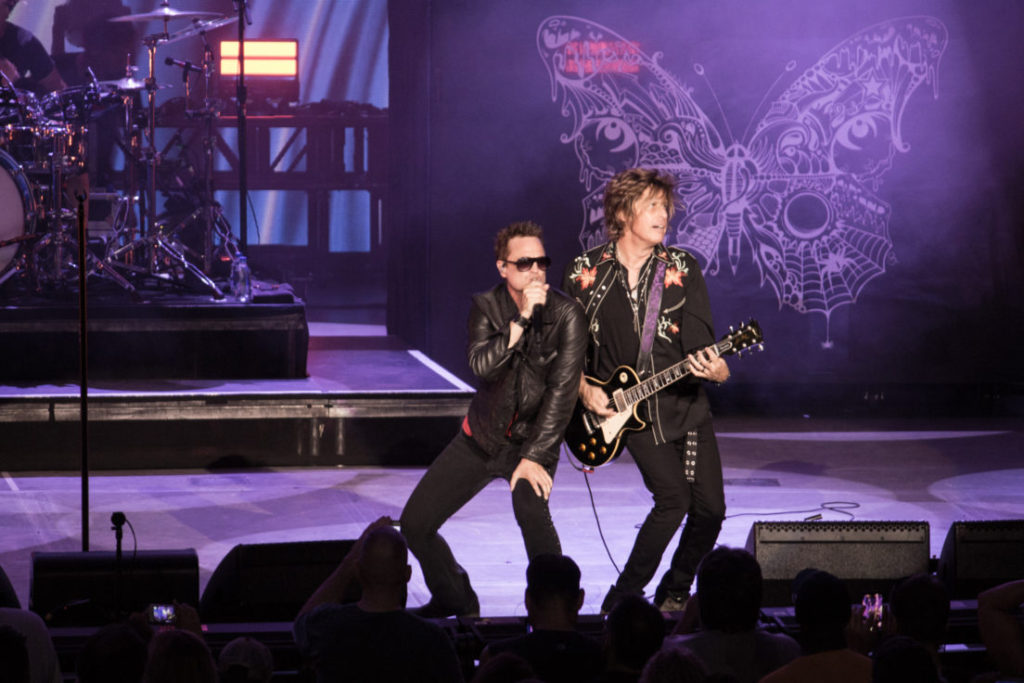 Last and certainly not least to take the stage was the most notorious of the post-grunge scene, The Stone Temple Pilots. Storming into a post-nirvana 1993 music craze when grunge officially became the next big thing with their hit single “Plush.” Following their massive success throughout the ’90s, the band went through some turbulent times with legendary front man, Scott Weiland until his firing in 2013 and untimely death in 2015. Briefly replaced by another gone-too-soon rocker, Chester Bennington of Linkin Park, S.T.P. sought a more permanent replacement. Eventually taking on an uneasy role as the new S.T.P. front man only last year, new vocalist Jeff Gutt would his work cut out for him. However, based on tonight’s performance, Gutt seemed to be a natural fit for such a monumental role as the singer faithfully yet respectfully channeled that Weiland stage presence and signature vocal style.

Taking command of the massive stage, flanked by S.T.P.’s founding DeLeo bros, Jeff Gutt quickly had the crowd below under his spell as the band opened the show under roaring applause to their smash hit, “Wicked Garden,”  followed by an hour long set list of what appeared to be comprised of only hit singles – a feat that only the most iconic bands are able to accomplish. Wrapping up this historic show of rock and roll history with yet another hit “Sex Type Thing,” S.T.P. left the stage to the applause of thousands of satisfied fans who were once again given the opportunity, for just one night, to relive those magical days.

The Rev 3 tour continues through the Summer and wraps up on Sept 22 in San Antonio, TX.  Check it out!