Clifton, NJ – Headlining The Summer Soul Collection tour, featuring an assortment of hard-edged rockers from around the nation, September Mourning and her disciples emerged from the fog looking as sinister as one might expect. 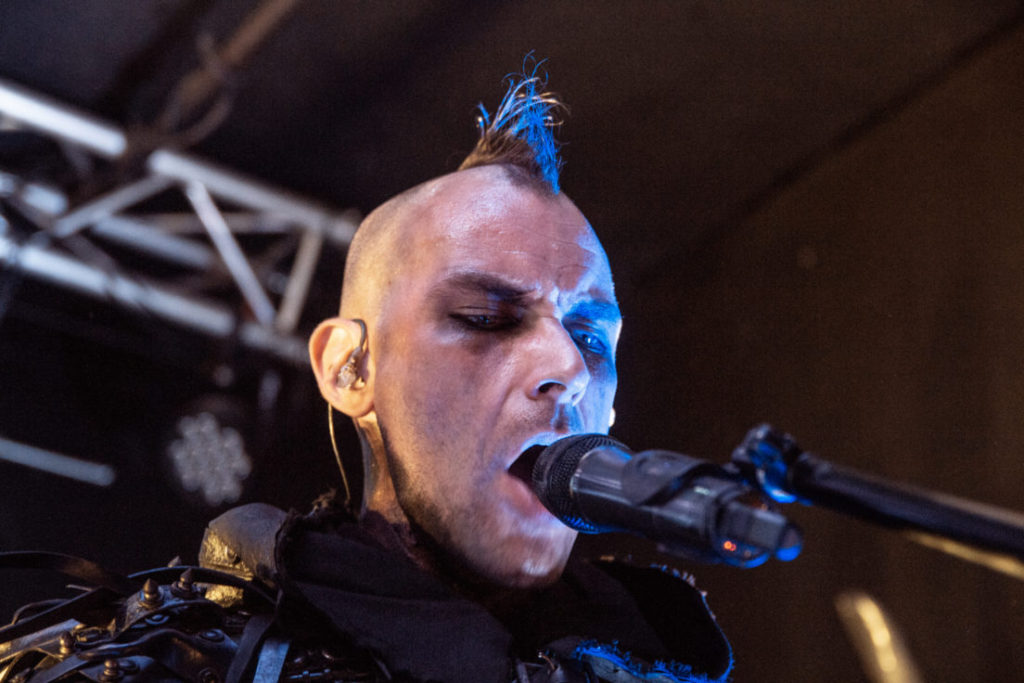 More than just a band and a singer, rather a vast trans-media universe featuring a series of graphic novels, September Mourning brought forth their atmospheric performance upon a stage that appeared a bit small for such a unique performance. The basic story run-down of the September Mourning backstory revolves around a human-reaper hybrid called September who takes pity upon some of the souls she must collect, which as you all know throws the time continuum into total chaos! Great Scott! But all forbidden fate-altering decisions aside, September Mourning cleverly Incorporates musical performance with spoken interludes from the graphic novel, as pages were projected upon an on-stage screen. September and her band’s shadowy figures told an ominous tale using both music and art, a significant and refreshing departure from your usual line-up at any given night at this regular NJ nightspot.

Be sure to check out The Summer Soul Collection tour featuring September Mourning which will continue on through late September (coincidence?) in a city near you!