VIRGINIA BEACH, VA: Rock and metal legends arrived at Virginia Beach in a double headlining ticket while on a 25 date tour winding through the United States. Black band t-shirts were the attire of choice for the night, worn by an appreciative crowd who were there to hear hits of their youth from the 1970’s and 1980’s.

After a curtain drop, Judas Priest took the stage and showed no signs of slowing down. Vocalist Rob Halford commanded the brightly lit stage while darting backstage frequently for flashy wardrobe changes between songs. Halford kicked off the night with “Firepower”, the title track from their 18th studio album. Released March 2018, Firepower has been Judas Priest’s highest charting album ever in the United States. Rolling through an 11 song set list and three encores, the set also featured favorites such as “Turbo Lover”, “Living after Midnight” and a guest appearance by a custom Harley Davidson motorcycle onstage during “Hell Bent for Leather”. 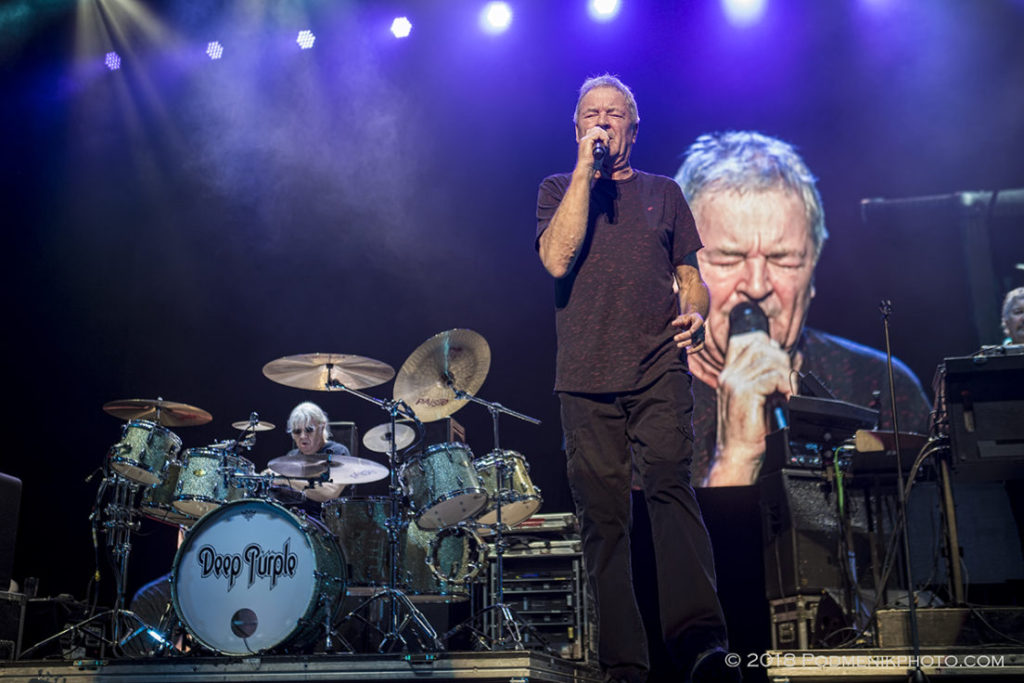 Deep Purple brought a mellower mood to the audience, currently on their “Long Goodbye” tour and promoting 2017’s “inFinite”. Best known for their classic hit “ Smoke on the Water”, Deep Purple has gone through many incarnations over the decades as they refined their sound. Featuring an expansive, prog rock feel, they were backdropped with a video screen playing close up images of members and bold graphic designs.

There are many more U.S. dates on this double tour, to be found at: https://www.deep-purple.com/north-america-2018/ or http://judaspriest.com/tour/ . The tour appears to conclude September 30th as the bands then move towards separate, international dates. 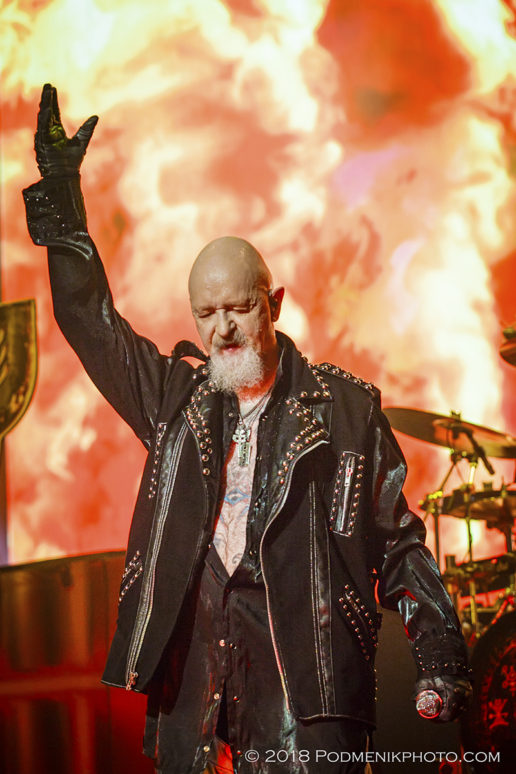 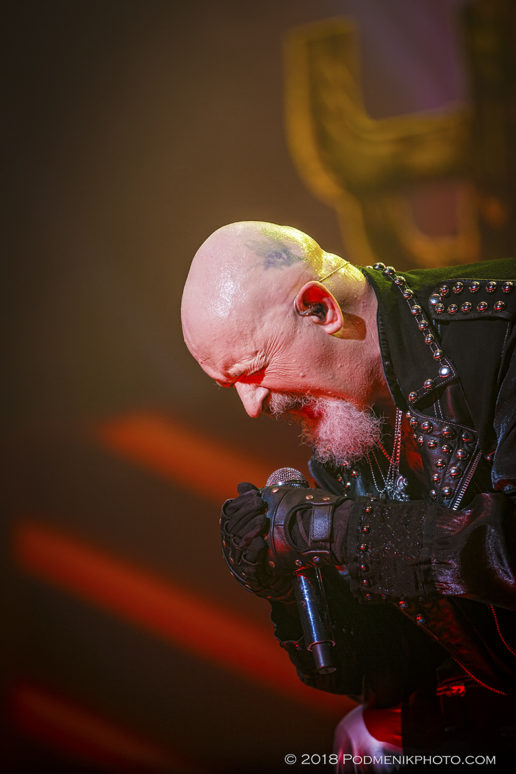 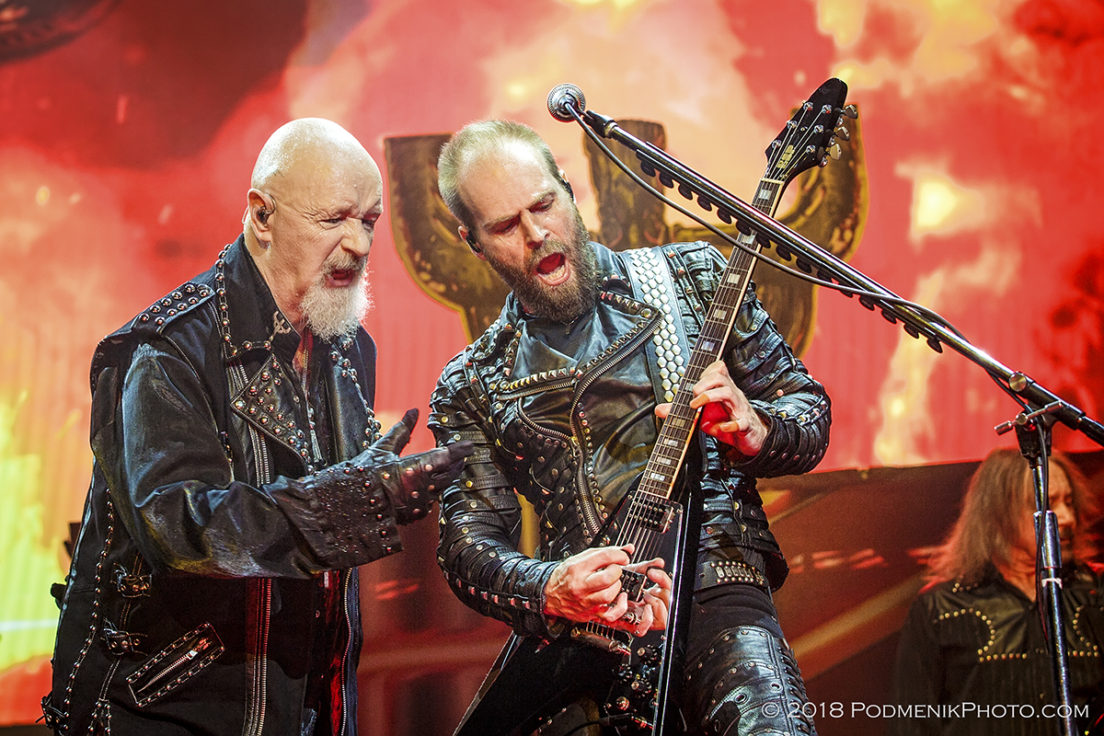 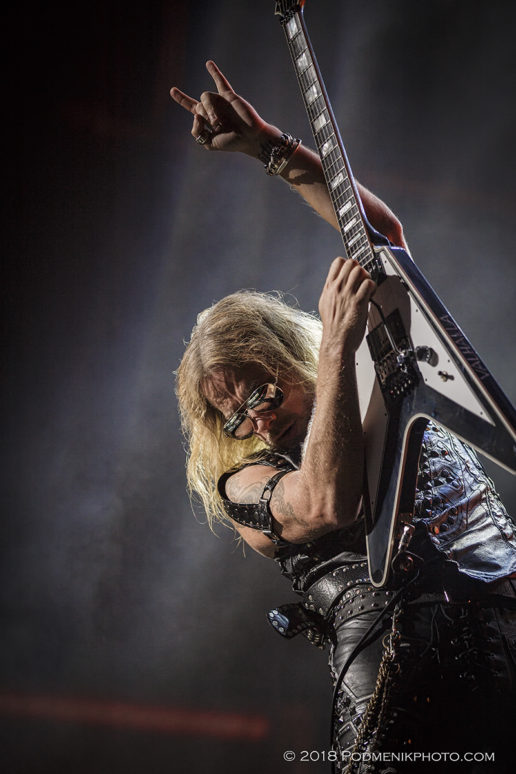 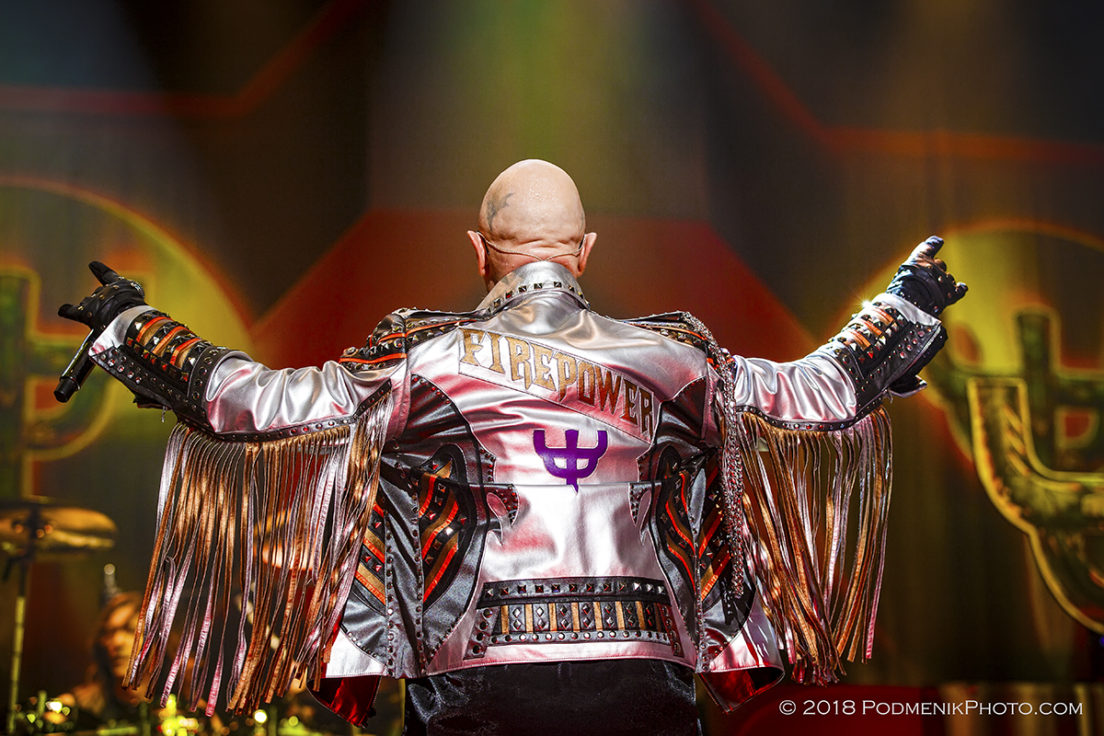 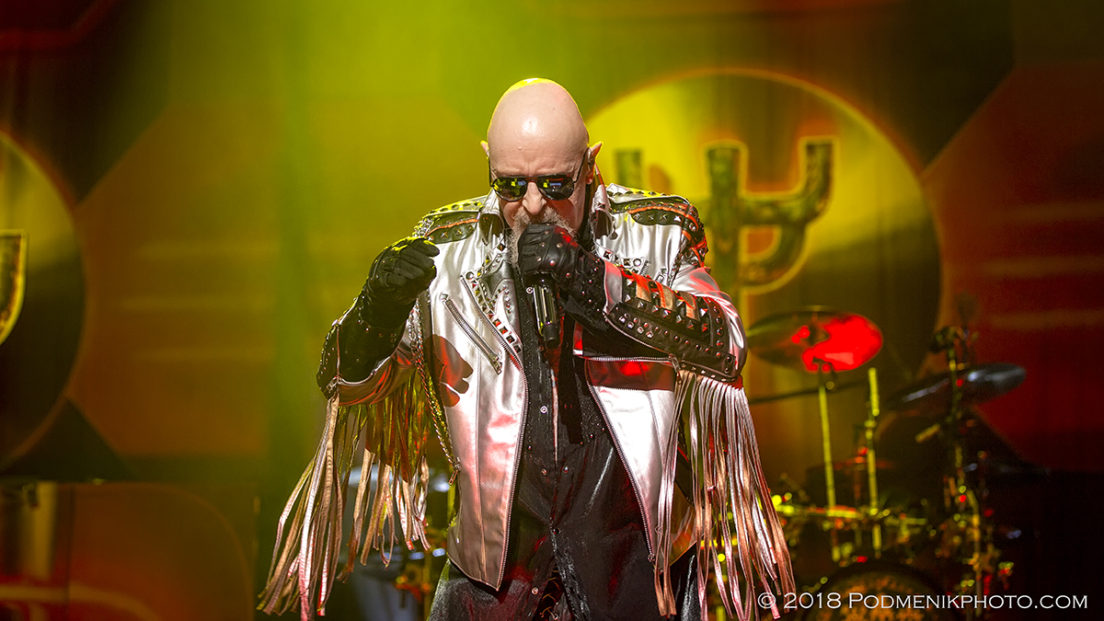 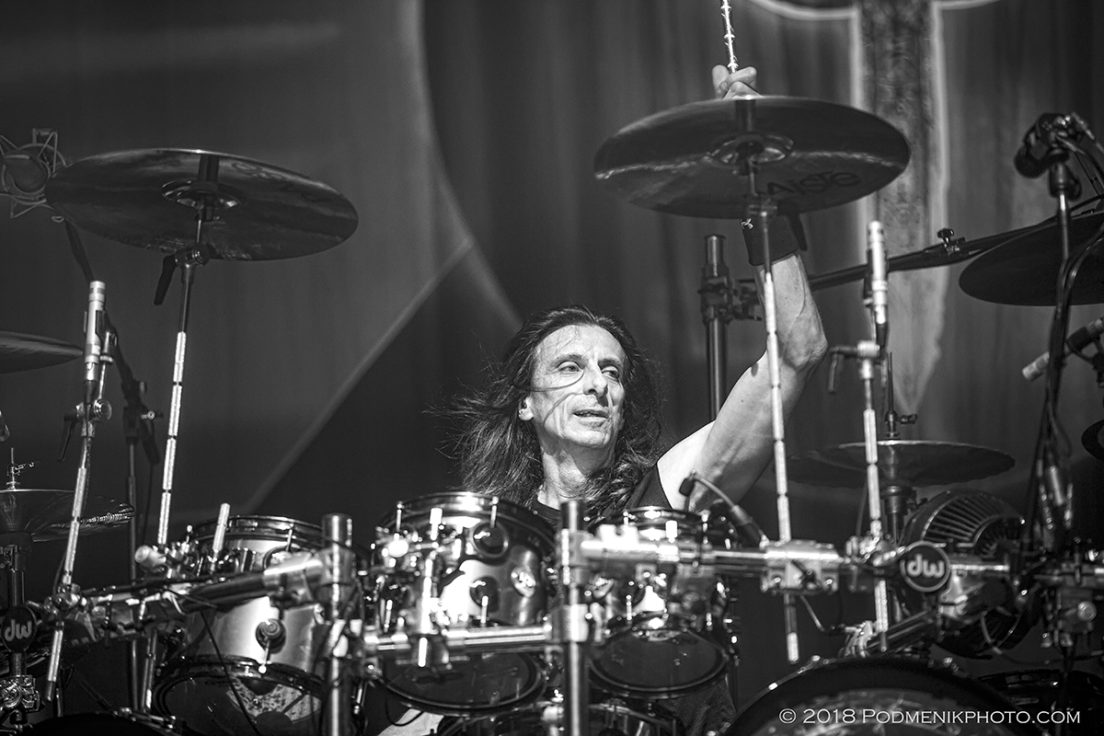 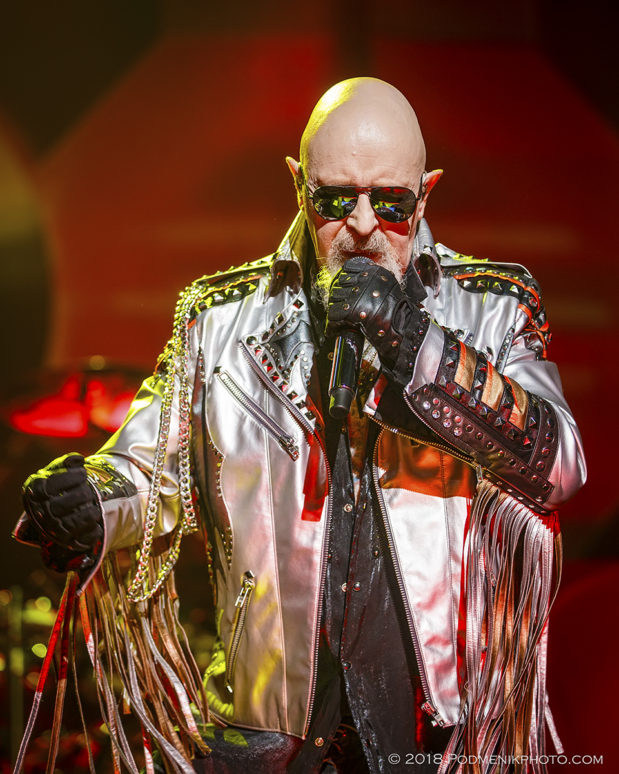 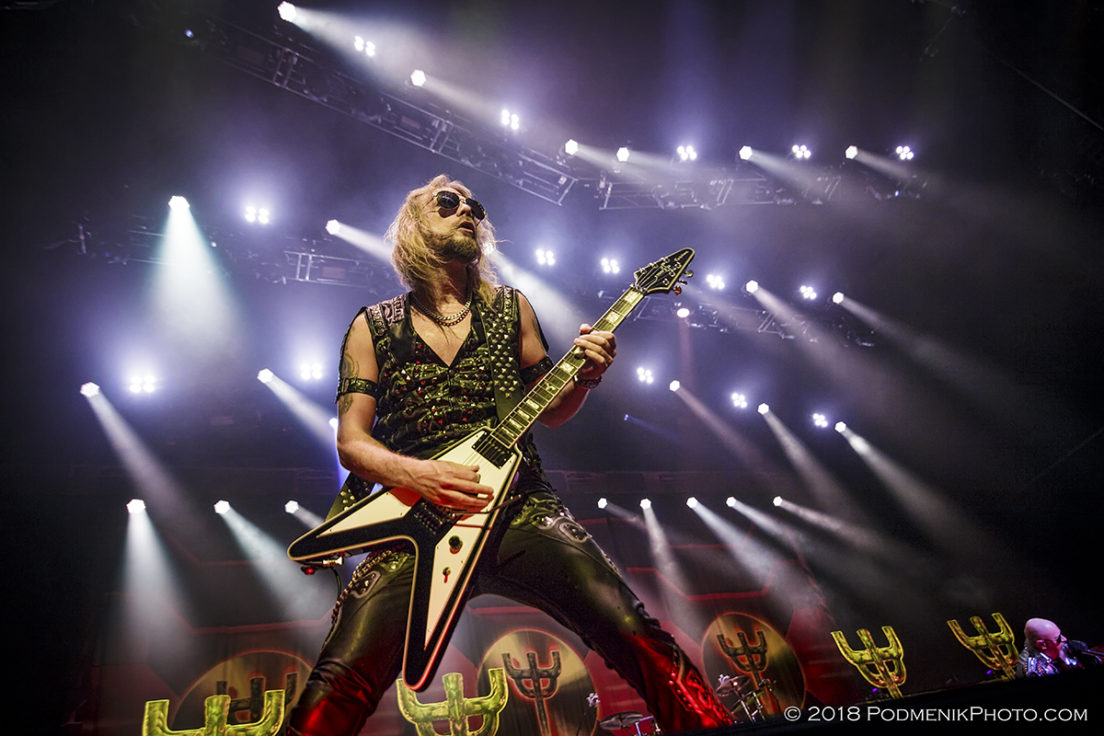 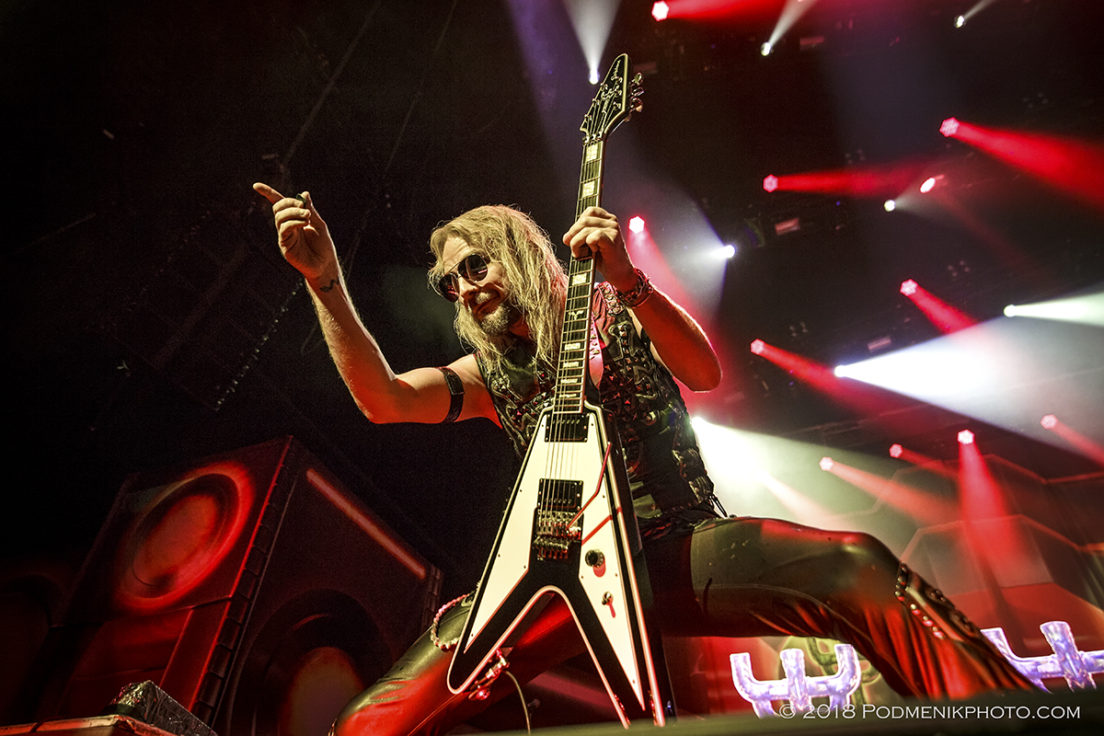 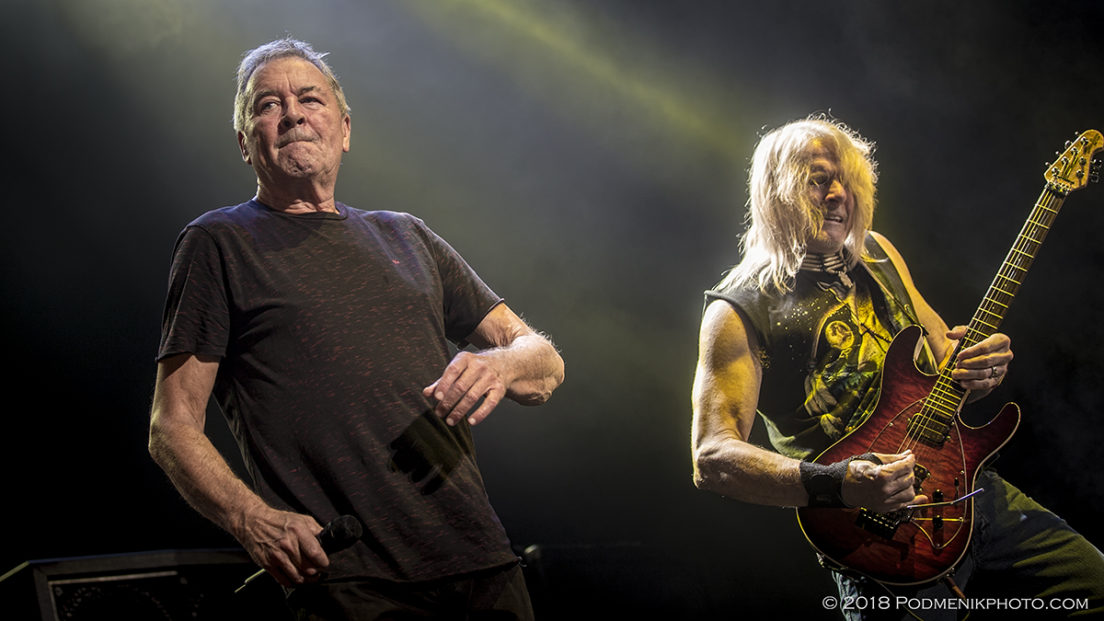 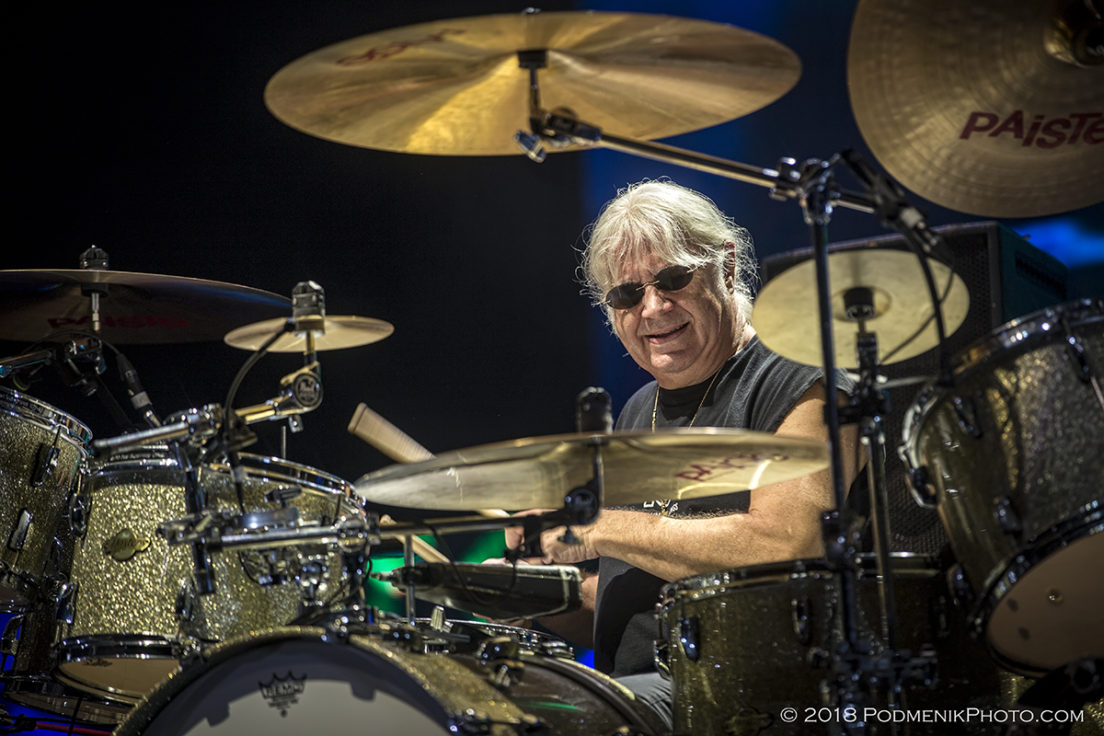 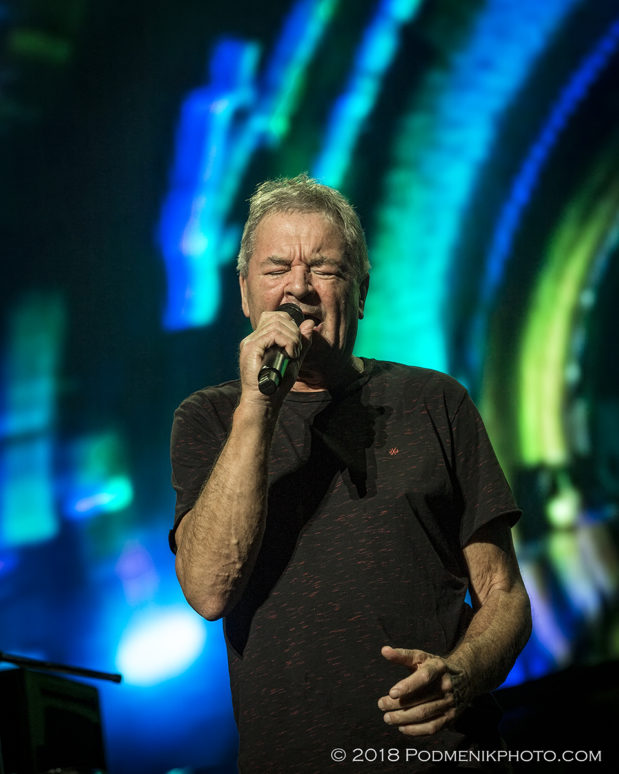 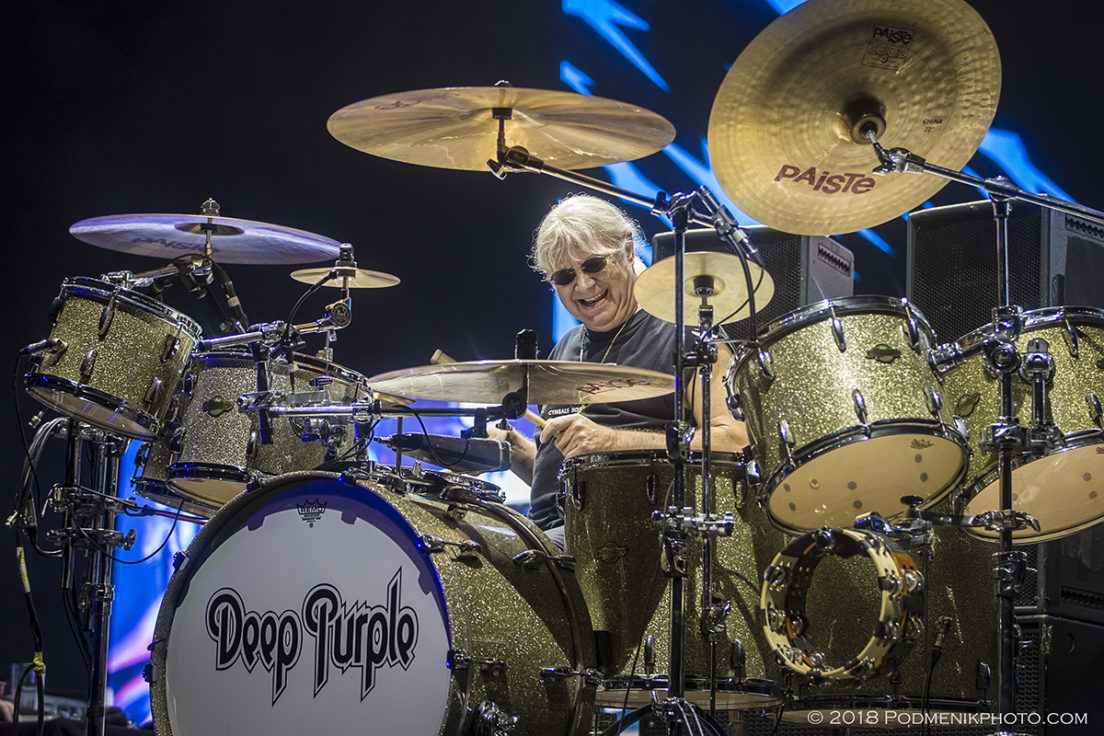 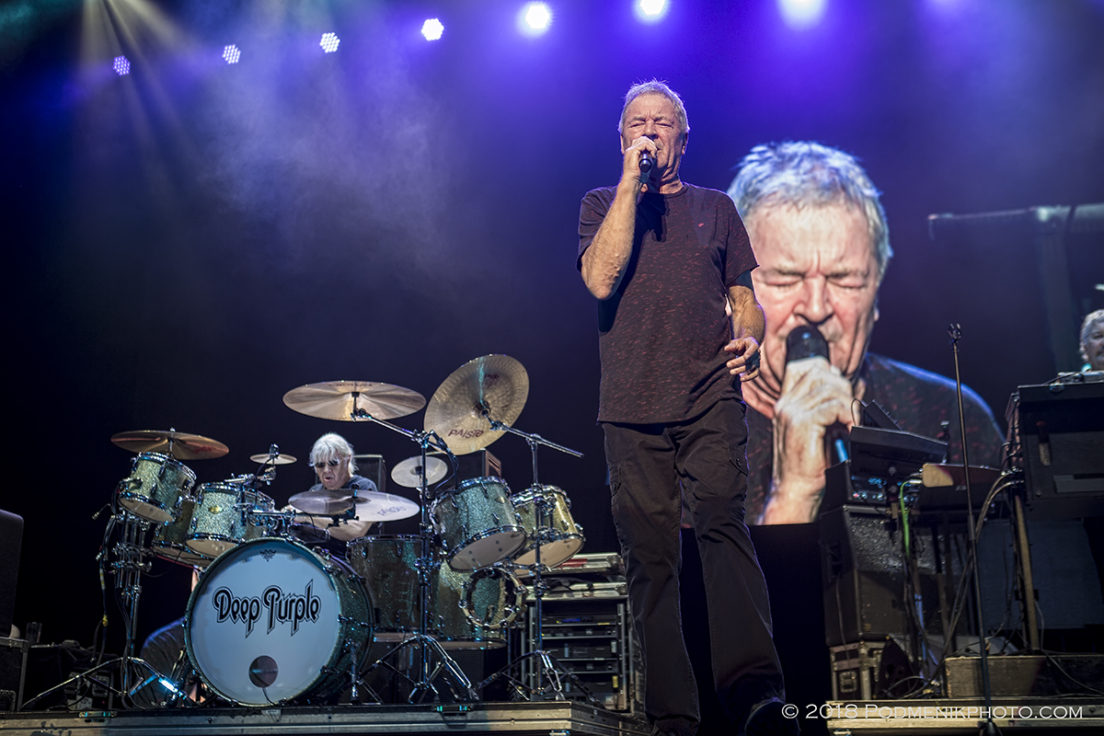 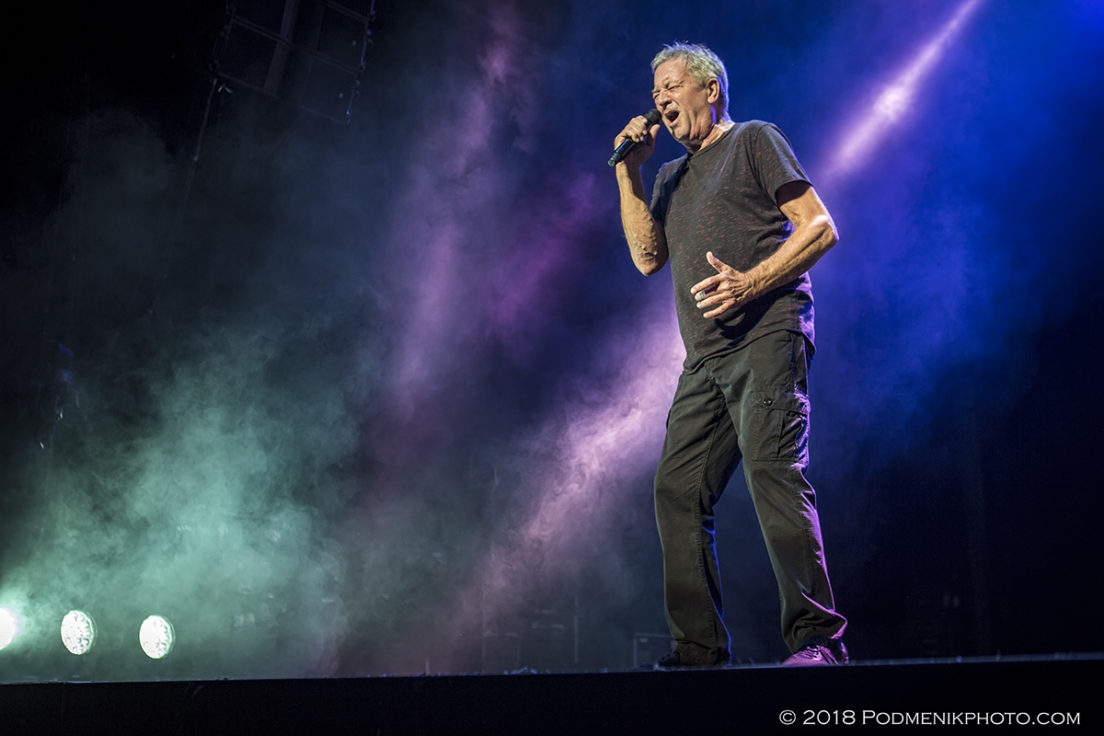 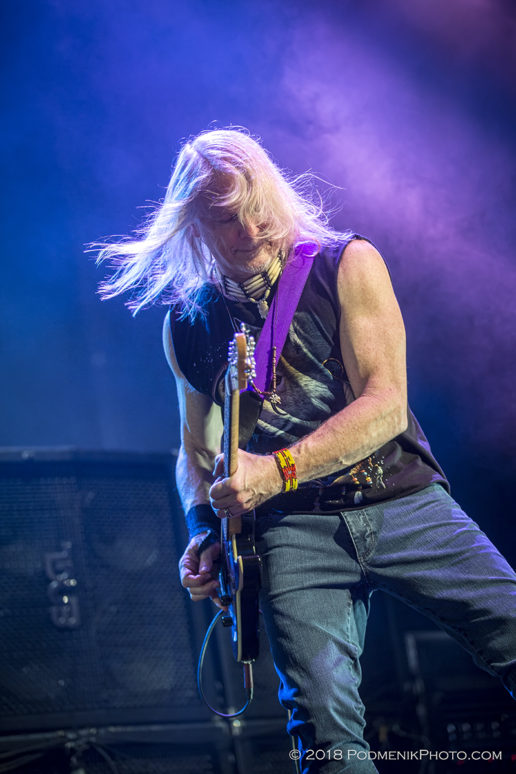 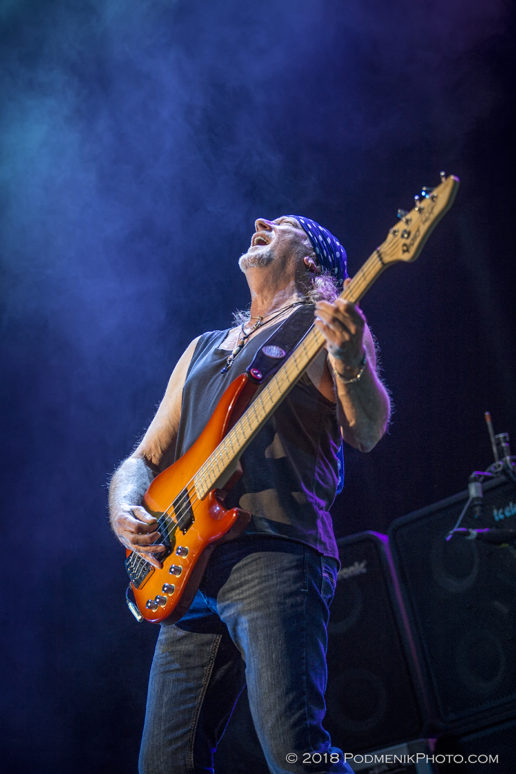 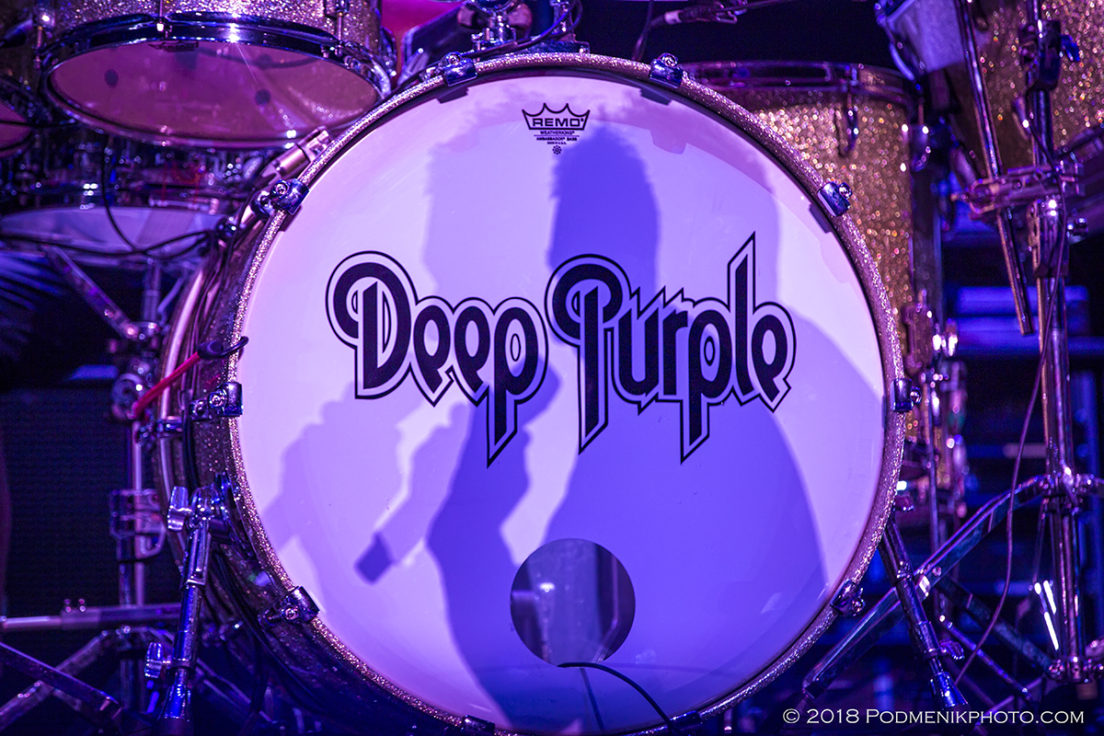 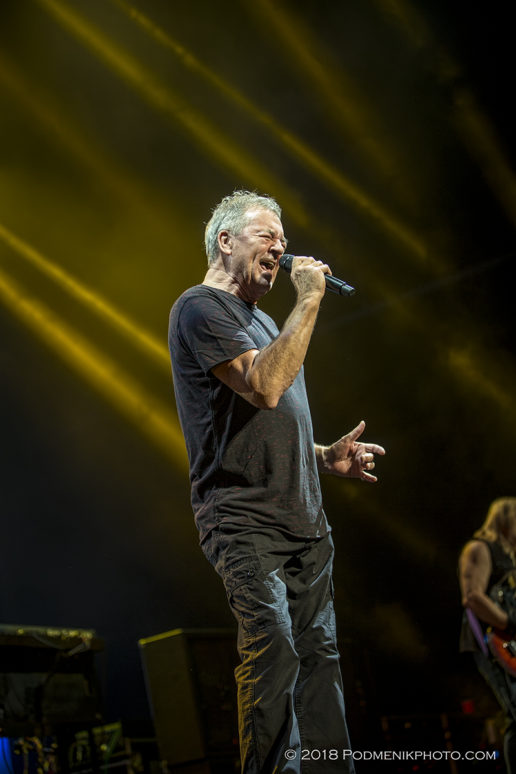