Holmdel, NJ – Once again embarking on a major American tour in 2018, Judas Priest unleashed an unforgettable night of classic metal upon a raging sea of metalheads at NJ’s PNC Bank arts Center. 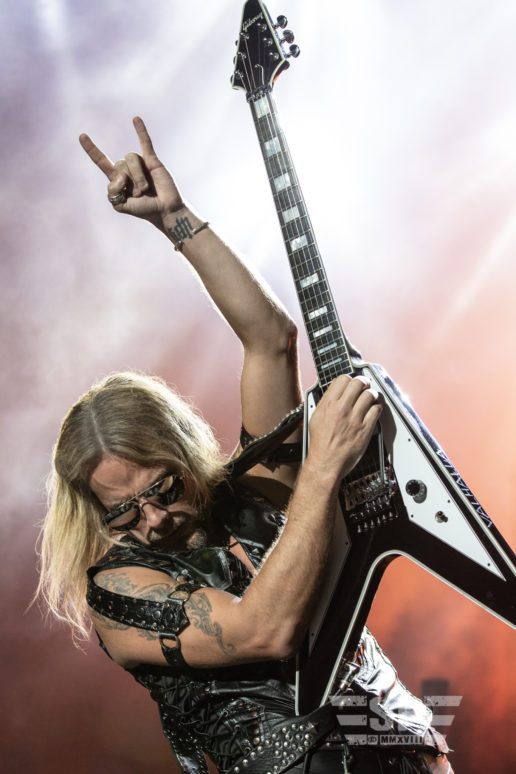 Touring in 2018 in support of their latest, highly successful Firepower (2018), Judas Priest was showing no signs of aging, especially for a band that has been shaping heavy metal since the early 70s. Any band with such a career, likely has a few iconic metal anthems in their catalog, however, Judas Priest only has a few tracks that fail to meet such criteria! 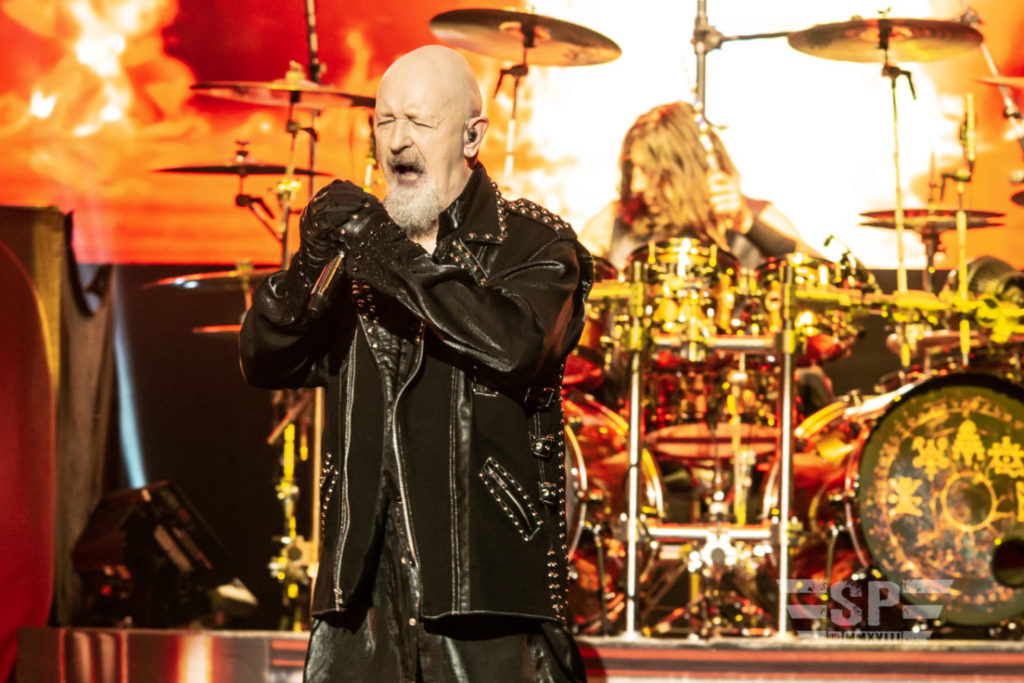 Storming upon the stage with the title track of their latest effort “Firepower,” the leather-clad guardians of all things metal appeared under a massive display of flaming graphics, created uniquely for the track. Following such an epic opener was nothing less than a shocking but pleasant surprise to the many audience members that might call themselves “die-hard” Priest fans, the classic Hell Bent For Leather (1979) track, “Delivering the Goods.” The explosive reaction of the already raging maelstrom below was totally expected, as the band hadn’t actually performed the track live since 1980! As the show continued, founding vocalist and earthly metal god Rob Halford delivered one historic metal anthem after another, including “Sinner,” “Turbo Lover,” and the most furious song in their lengthy catalog, “Painkiller,” to name only a few – covering a wide range of material from a nearly half century career. 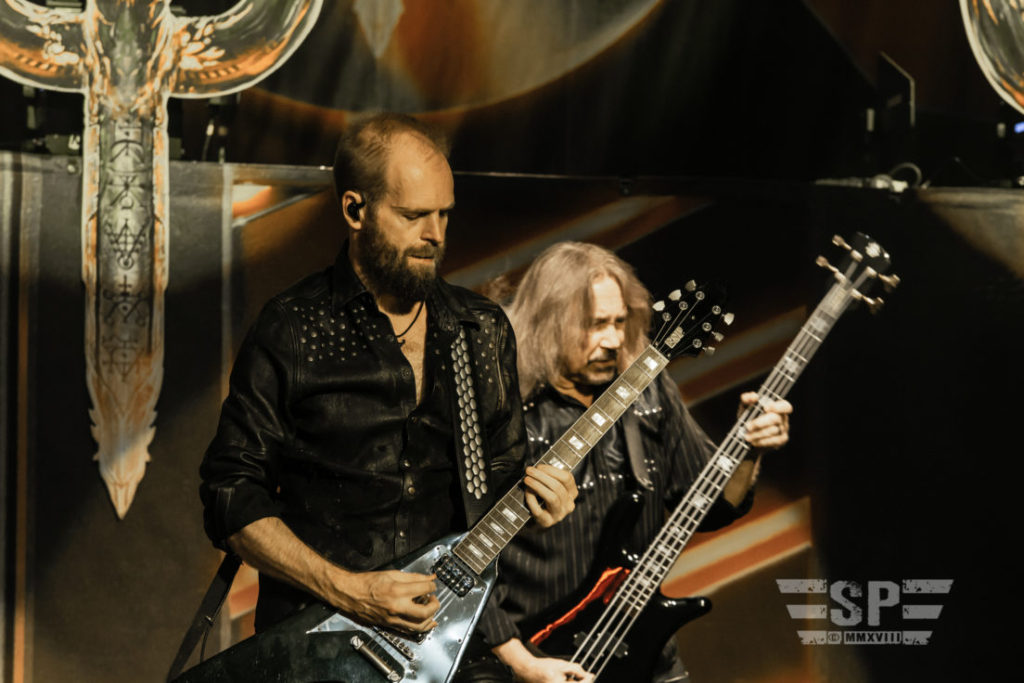 Judas Priest is a band that has gone though some significant line-up changes recently, specifically in regards to their guitar force — the core of the Judas Priest sound — with K.K. Downing retiring in 2012 and founding mastermind Glenn Tipton stepping down earlier this year due to a long bout with Parkinson’s disease. Fortunately, both guitars have been succeeded by worthy candidates, with the animated (and rather photogenic) Richie Faulkner taking the role of lead guitar, and Firepower producer Andy Sneap taking charge of the rhythm guitar role. Combining this talented new blood with remaining core members, including bassist Ian Hill, (with the band since the very beginning) drumming wizard Scott Travis, who joined the band in 1990, unleashing upon us the masterpiece drum intro to “Painkiller,” and of course, the immortal Rob Halford, whose legendary screams and leather get-ups set the standard for all metal to come. There is little doubt this fresh new lineup gave Judas Priest the push they needed to deliver such an explosive live performance tonight and every night, and not to mention a highly successful new studio release which continues to chart. One might consider Judas Priest at a new peak in their nearly 50 year career, rivaling even their massive popularity in the 1980s. 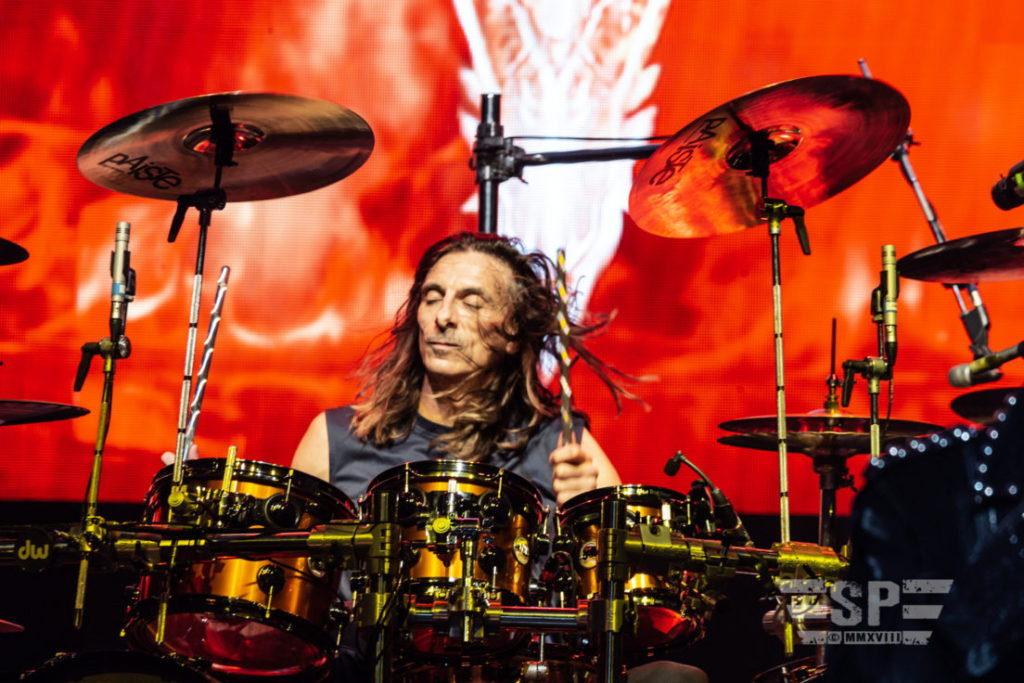 Wrapping up this unforgettable night with a mandatory encore performance, Judas Priest left no fan behind as they brought us back to a time when metal was king, playing three tracks from their breakthrough album British Steel (1980), including hits “Breakin the Law,” “Living after Midnight,” and a song that most accurately describes a band like Judas Priest following such an illustrious and influential career: “Metal Gods!” Also included in their generous encore was their latest single “No Surrender,” a grand tribute to Tipton, which generated a warm round of applause from the previously raging metalheads below.

Be sure to check out Judas Priest, currently on tour with even MORE senior metal pioneers, Deep Purple, which will continue in their U.S. through the end of September.