Brooklyn, NY – In what would be a rare and significant event at Brooklyn’s landmark Saint Vitus, a massive crowd was gathering in front of the venue. Well-known for its daily underground scene supporting touring lineups, tonight would be a very different night, as a well-renowned legend would take the claustrophobic stage tonight.

Preparing the compressed horde of metalheads for what was to come, came a band all the way from the furthest corners of the Earth, perhaps the furthest distance anyone can possibly live from Saint Vitus — Melbourne Australia’s King Parrot. 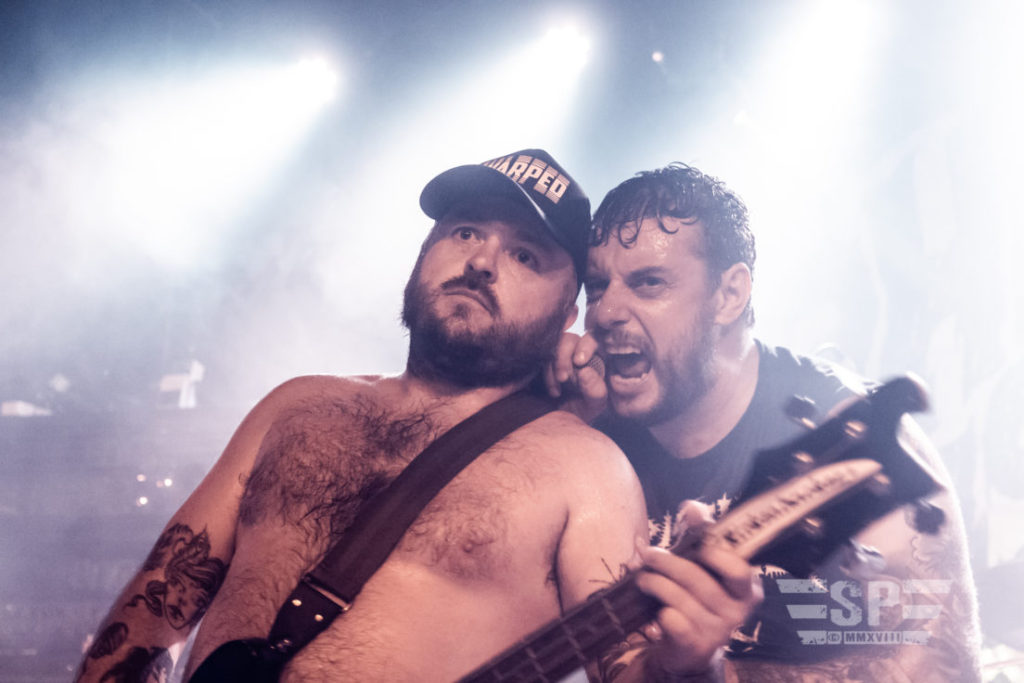 Upholding the classic grindcore sound as the part of a larger and ongoing contemporary movement in metal, King Parrot unleashed their songs with the same ferocity and unpredictability as I remember back in my youth. Channeling the brutal sounds of grindcore pioneers such as Napalm Death and A.C., combined with King Parrot’s unmistakable Australian “No Worries” destructive disposition, they made for a worthy opener to the legendary headliner to come. If you’re eager to relive those cathartic sounds of blast beats and gut-wrenching growls of eternal pain, you should prob check out King Parrot’s latest release: Ugly Produce (EVP recordings, 2017)

Headlining the night was the point when things got a bit surreal, at least for myself. To put it In perspective, it was the year 1999 and I was lucky enough to get nosebleed tickets to the first wave of what would be many Black Sabbath reunion tours. Opening for these immortal creators of all things metal was another band that made massive strides and broke down barriers in a decade (the 90’s) where most veteran mainstream metal appeared to be slowly dying. As they took the distant stage, I could hardly even make out their tiny forms from my stratospheric altitude. The band was Pantera, and it seemed pretty obvious they would be chosen to open for the legendary Black Sabbath in 1999, as they were the biggest thing in mainstream metal in that year, and therefore highly inaccessible to most people. 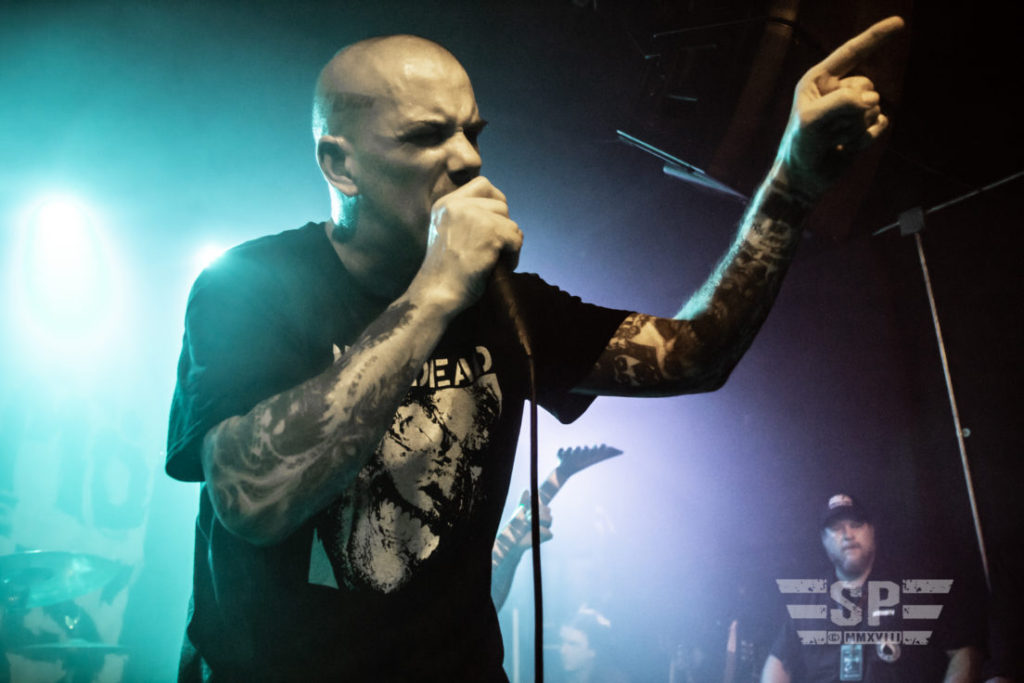 Fast Forward to a dystopian future reality in 2018, in an age where it was sadly impossible to reunite such a legend of the past as Pantera due to tragic and unfortunate circumstances. But in some surreal twist of fate, I found myself, along with as many raging headbangers that could be legally packed between the blackened walls of Saint Vitus, about to come face to face with living metal legend. As vocalist (Pantera, Down, Superjoint, The Illegals, etc.) Phil Anselmo calmly waded through a sea of disbelief and awe and took the stage, the energy in the room went critical. It was simply too much for many to actually witness one of their metal heroes in such intimate conditions as Saint Vitus provides.

Anselmo is currently touring with his past and current project, Philip H. Anselmo and the Illegals – who like the opener, uphold the chaotic values and sounds of the grindcore movement. Armed with Phil’s trademark agonizing shrills, flawlessly compatible with that grindcore sound as much as they were in any of his previous ventures, it was rather clear that instead of settling down, as many aging metal vocalists have done, Phil’s intensity has just gotten stronger and more explosive in his half century of existence upon this Earth. Sporting a shaved head and appearing as youthful as he did in his glory days, Phil blasted out tracks from their 2013 release, Walk Through Exits Only (2013, Housecore Records) as a chaotic sea of sweat and blood below writhed under the destructive sound waves that assaulted them. 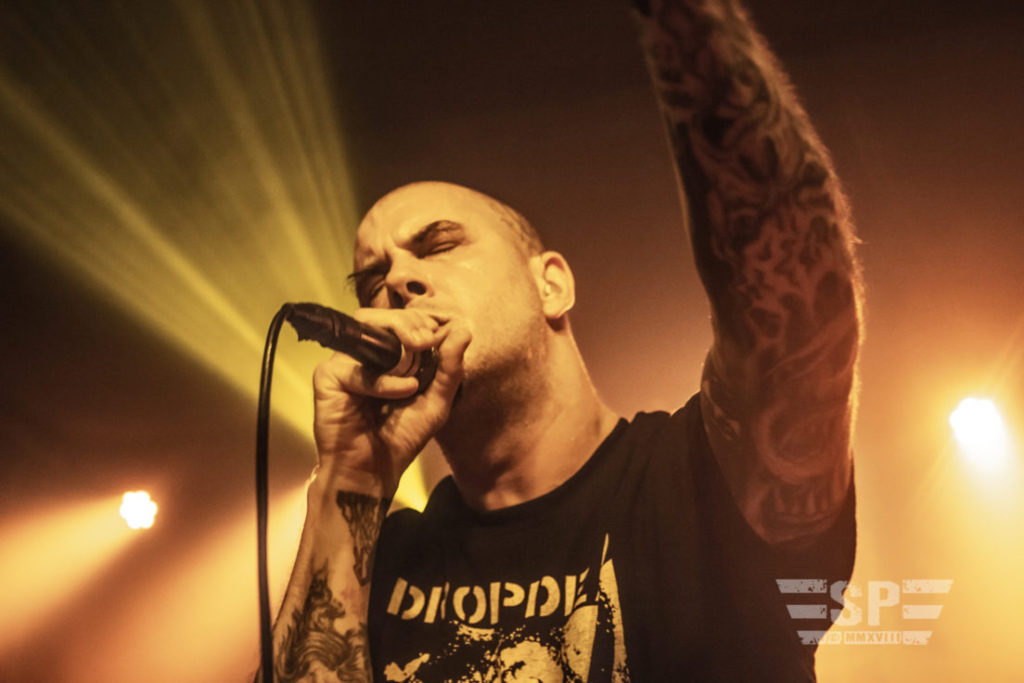 The intense set wrapped up and the smoke cleared, the night ending smoothly for an act that was probably way too massive for the cramped confines (but definitely not the reputation) of Saint Vitus. As the exhausted and battle weary sea of bloody headbangers spilled out upon the streets, there was an unmistakable sense of satisfaction in having witnessed such a unique and rare event at such an intimate venue.

Be sure to catch Phil Anselmo and the Illegals, along with King Parrot in a city near you as their U.S. tour continues until Sept 30th.