Phoenix, AZ — The spirit of the recently-ended Warped Tour lived on at the Rebel Lounge on Wednesday night, as alumni Assuming We Survive and Rivals brought their current tour to Phoenix to a loyal and enthusiastic crowd. 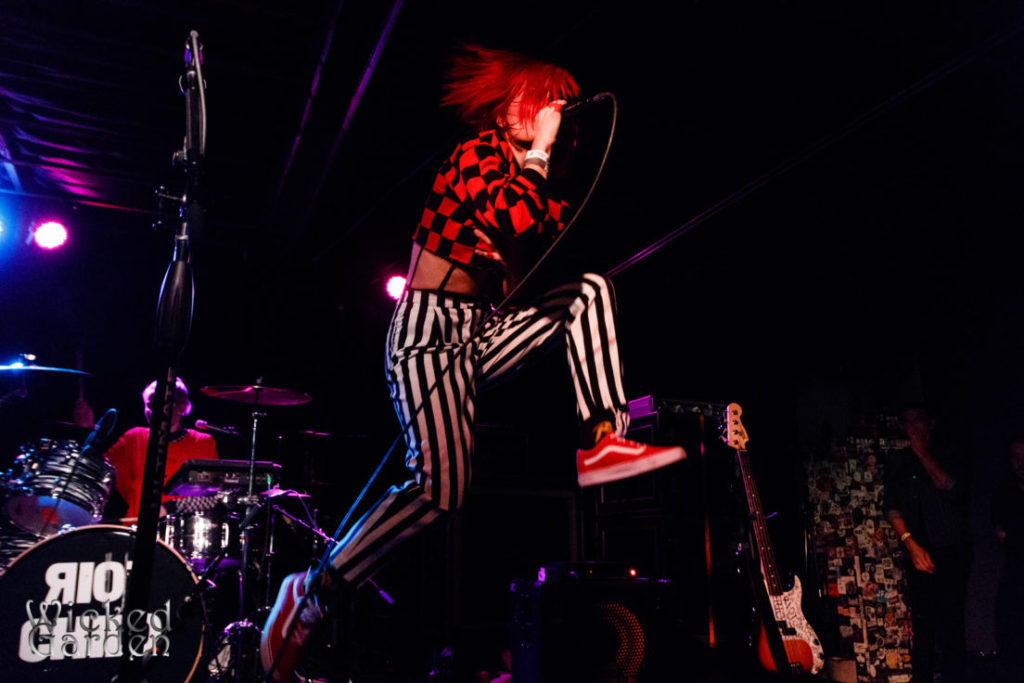 The evening kicked off with a short set by Phoenix locals The Take Over, who played a half-hour of originals from their CD and upcoming debut album. The group, led by vocalist Savannah Marie, brought a sizable crowd for their short opening slot, many of which were singing along with the band. After a quick set change, Swedish electropop duo Riot Child delivered a powerful and energetic performance. They had the room dancing from the beginning, with the title track of their album, Made for Another Time. Making their first appearance in Arizona, vocalist Amanda Nordelius switched seamlessly between bass and two different keyboards, as she wailed her way through most of the songs from their album, including a peppy run through of “Dogs of War,” and a feel-good performance of the set-closing “Hey 21.” 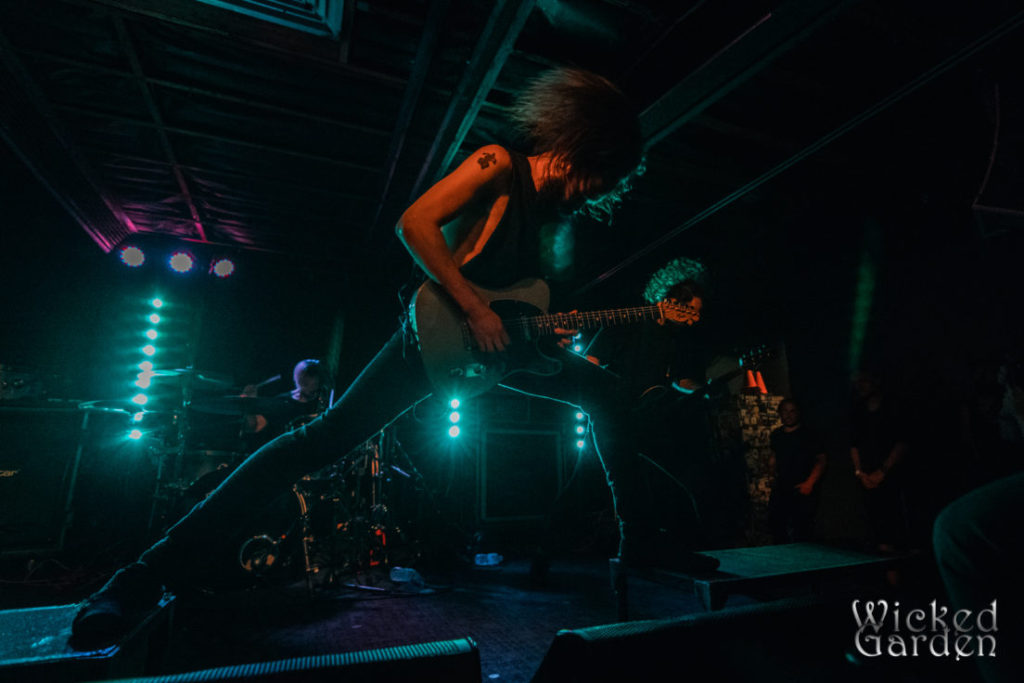 The break after Riot Child had the stage buzzing with members of all four bands loading up extra lighting rigs and large standing drums, leaving the audience in excited suspense for what was to come next. As the members of Rivals stepped onto the stage, the deep bass and synthesizer intro playing over the house PA shook the room, until the opening note of “Reflection“ broke The tension and set off the energy like a bomb exploding on the stage. Vocalist Kalie Wolfe screamed the opening lines with unbridled emotion and power, as the four-piece jumped about the stage with frantic excitement. 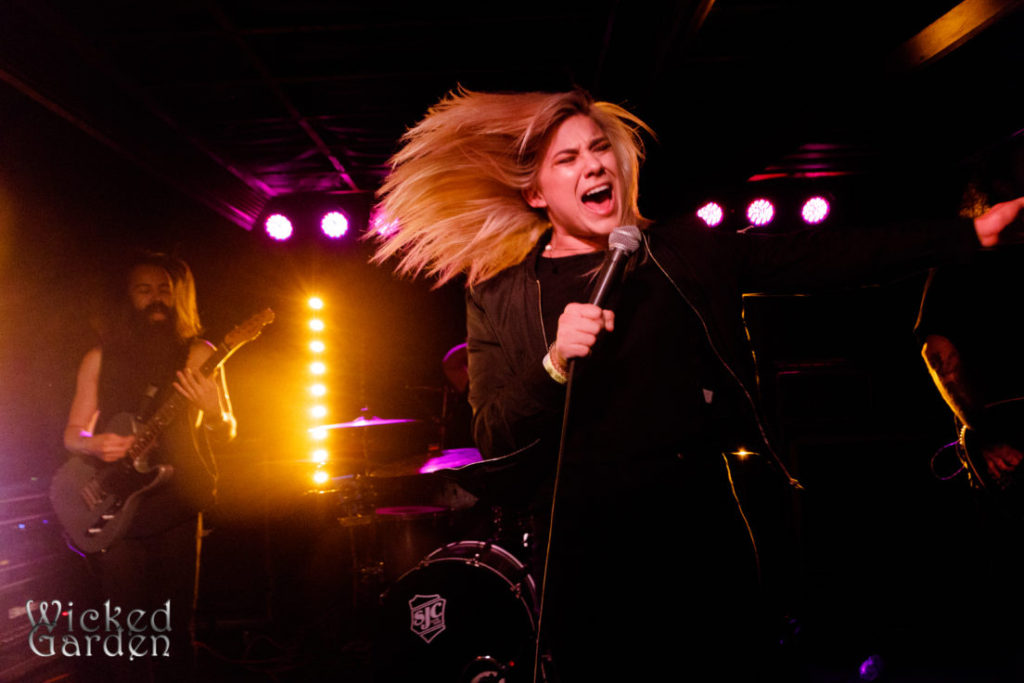 The band quickly tore into the rhythmic powerhouse of the opening track from their latest record, Damned Soul, “Over It.“ The pure, raw feelings behind Wolfe’s voice showed through with every facial expression, as guitarist Micket Woodle shredded his way through the riffs and chords with the perfect mix of technical acuity and wild abandon. Over the course of a 45-minute set, Rivals tore their way through most of the tracks on their debut album, much to the delight of the hard-core fans at the front, singing along with every word of favorites like “Wild Things, “ “Moonlit, “ and the album’s powerful title track. 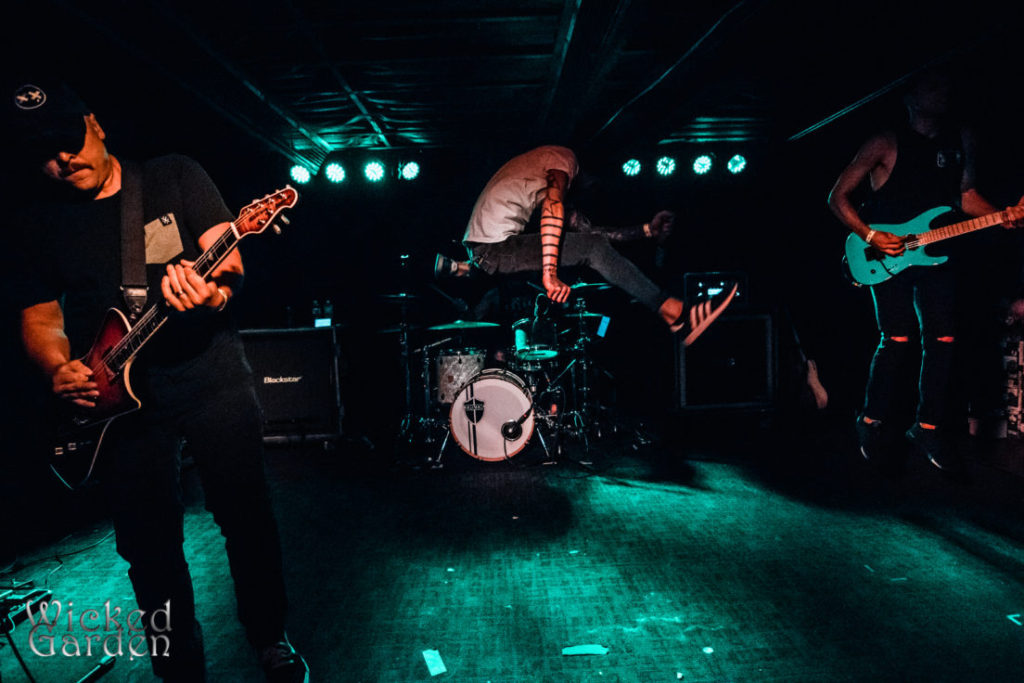 Following one more short break, Assuming We Survive took the stage by storm with their opening track, “Home Is Where The Heart Is,“ from their 2016 album All Roads Lead Home. The final chords of the song hadn’t even finished ringing out, when the group exploded into “California Stoned,“ the break-neck speed first single from their EP, Chapters, out two days after this show.

Vocalist Adrian Estrella, whose stage jumps seem to defy gravity, made an immediate connection with the crowd, leaning into them several times with the mic to sing along. He and the rest of the group kept that connection throughout the evening, even taking time to shake hands and chat with everyone they came in contact with after the show. Estrella moved from side to side of the stage like he was possessed, while guitarists Phil Adams and Johnny Silva shredded infectiously heavy riffs on fan-favorites like “Exit at the Door” and “Down,” and new songs such as “Make it Out Alive” and “Tear.” 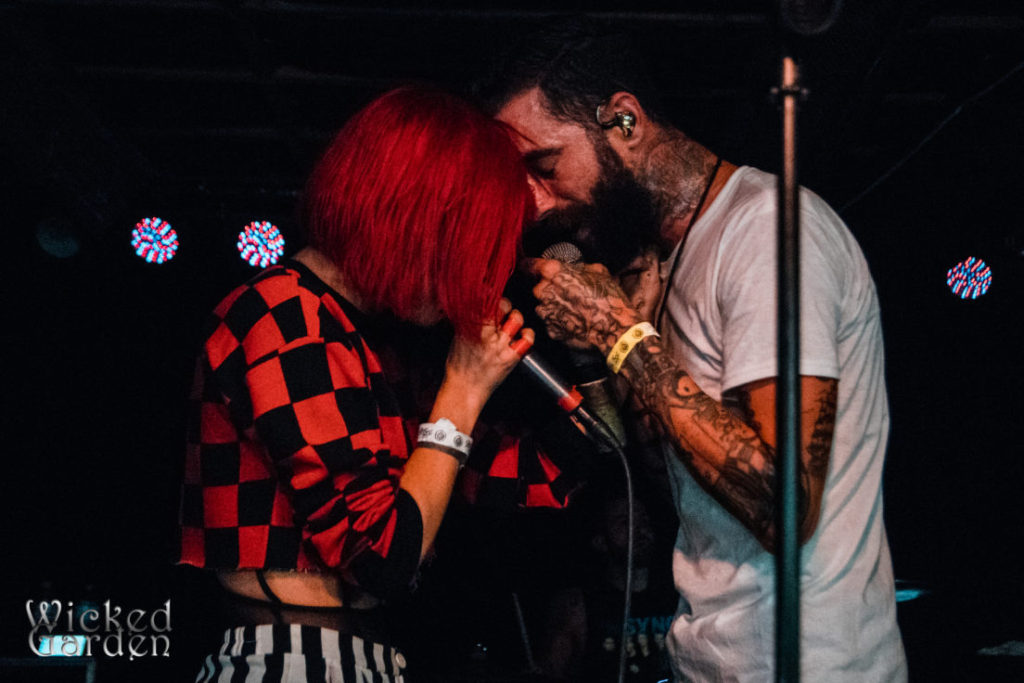 They took one chance to slow things down, with their ballad, “Next To Me,” for which they brought out Amanda of Riot Child to duet with Estrella on vocals. They picked the pace right back up with their uplifting latest single, “Just So You Know,” driving the audience into a frenzy.

This tour is coming to a close, but Assuming We Survive will be back on the road with Riot Child at the end of October, while Rivals will continue on tour and working on their next album. Check them out on social media to keep up on dates.