Louisville, KY– It was unanimous. Every person I talked with at the Gary Numan concert had all been turned on to the music, via the single “Cars,” by their dads.

“Cars,” by Gary Numan was the first exposure to “New Wave” for many radio listeners in the U.S. The song itself would be a monumental pivot point for pop music, setting off rabid debates and creating critical polarization among radio programmers and their audience. Is it rock? Can we program it next to Aerosmith and Led Zepplin? Ultimately the quandary would be answered by the usual suspect: money. Numan posted three #1 albums consecutively in the UK, 1979-1980, and “Cars” would be his best charting single in the US. So, everyone’s dad who listened to the radio then was exposed to “Cars,” and the approaching new wave of music. Exposed so successfully, as it turned out, that nearly 40 years later, the fans at Headliners seemed to be new wave spawn. 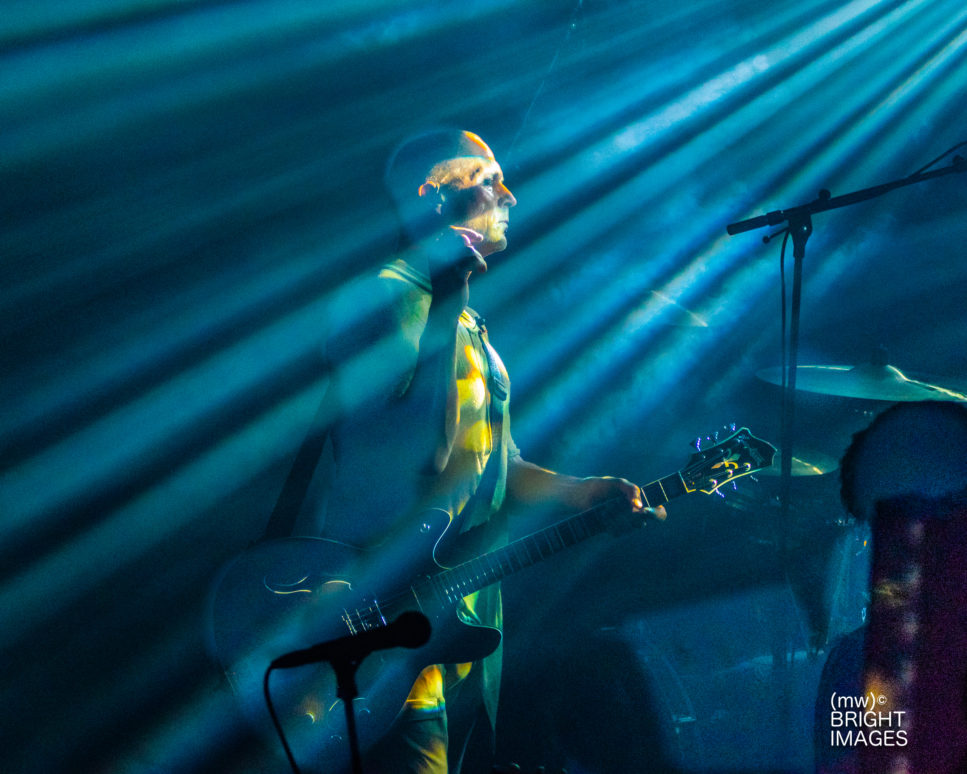 History aside, the band started off with “Everything comes Down to This” from 2013, then began to mine “Metal,” from 1979’s The Pleasure Principle (his most successful album in North America) and a song Nine Inch Nails covers occasionally.  The evening would proceed in this fashion, historical to present day. “Films,” again from the Pleasure Principle, revealed his tip of the hat to his American audiences. Oddly enough, when Numan’s insanely dynamic quartet rolled into, “Cars,” better then half way through the night it got no more nor less attention than any other performance this night. Savage, (Songs from a Broken World), released late last year, contributed six songs to the fifteen song set and it is Numan’s most successful UK album since 1980.

Music flooded the room of about 700, and then threatened to spill over the walls. With that kind of power, it might as well have been an indoor arena except for two things: a perfect mix with no distortion, beautiful separation, and no echo (a pretty standard hazard with live music in large indoor spaces). A galvanizing set from a new wave pioneer was perfectly topped with, “Are Friends Electric,” from Numan’s first #1 album, Replicas.