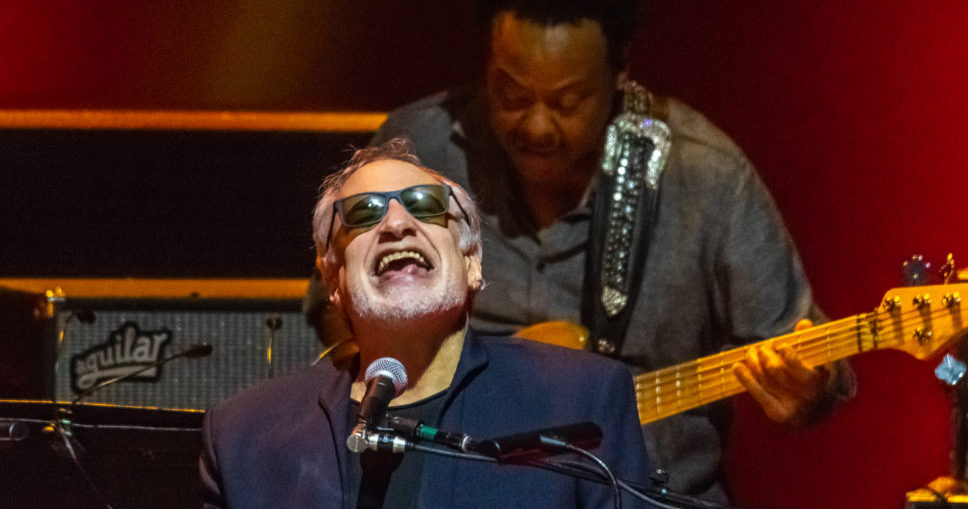 Louisville, KY– Steely Dan, the ever-morphing entity of musicians at the peak of their skills, came to town again. They played to a full house and they killed, as usual. The band has been making Louisville a regular stop because its usually a guaranteed sell out. This night’s Palace show was one of eight played before their legendary eight night residency at the Beacon Theater in New York that dates back to 2008, where each night means a different album will be played in its entirety. One of the evenings will be an all request show determined by an audience vote.

Since one of two founding members Walter Becker passed away last September, it would be perfectly understandable if co-founder Donald Fagen retired “the Dan” and moved to Maui, much as Becker did after his first retirement in 1981. But Fagen had pledged to, “keep the music alive,” in the days after Becker’s death, and Wednesday night’s performance was part of a that promise. And anyway, as Salon.com rightfully declared in March, 2000, Steely Dan was essentially, “Becker, Fagen and a Rolodex.”

The Dan’s deep catalog of big hits and multi-platinum albums was far from the lone reason that the polished set was so spectacular. After more than forty years this was the most consistent group lineup in history. The touring band, all of whom had been playing together for at least ten years, most for fifteen years, came together like teeth on a steel zipper, tight and tough, polished to a mirror shine. Fifteen year veteran, drummer Keith Carlock, earned standing appreciation for the blistering ovation he gave to the final minute fadeout of “Aja.”  Guitarist Jon Herrington, who, after eighteen years of touring, and after primary contributions to every Fagen or Becker solo project and Steely Dan album after 2000, left nothing on the field. He artfully volleyed between his own parts and the empty spaces once filled by Becker’s guitar with grace, or dazzle when called for. One got the impression that he also filled a more personal support role, buoying both Fagen and the band with laughter and encouragement. For loyal fans who’d been buying tickets and following the tours for years, bassist Freddie Washington, keyboardist Jim Beard, and a four-piece horn section offered continuity, while seamlessly negotiating the complex interplay of their aural ad-libs. 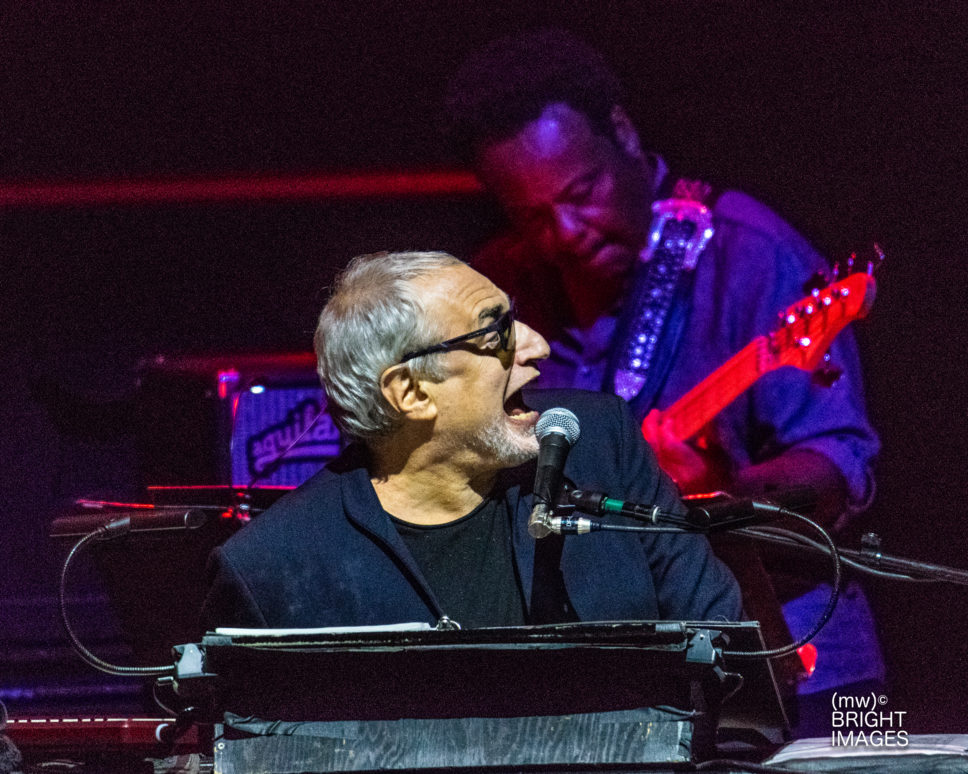 The setlist was familiar, flawless, with one surprise. “Don’t Take Me Alive,” from, The Royal Scam (c. 1976) was a rare resurrection, a song not regularly included since 2008. Perhaps it was, in some way, a small effort on Fagen’s part to keep the music alive.