Originally scheduled for September, an illness in one of the bands on tour forced a change of dates for the Norfolk, Atlanta, and Raleigh shows. Norfolk drew the lucky straw for Halloween night, and a few folks arrived in costume prepared to have a great night.

Locals Kepone Cowboys brought in the bawdy, hell raisin’ and straight talkin’ hillbilly rock; vocalist James River lent his gravelly vocals to the lyrics all while stealing beer from the guitarist and spraying the crowd, with the band having a rowdy good time.

Tyler Bryant brought a relentless youthful energy to the stage with the Shakedown’s blend of blues- rock. They opened for Zakk Wylde the last time they were in Norfolk, and spoke of being honored to open for Clutch on this round. Their interpretation of Muddy Waters’ “Got My Mojo Workin’” was a show stopper, and this Nashville based band recently released a self-titled album. Check out upcoming tour dates here: 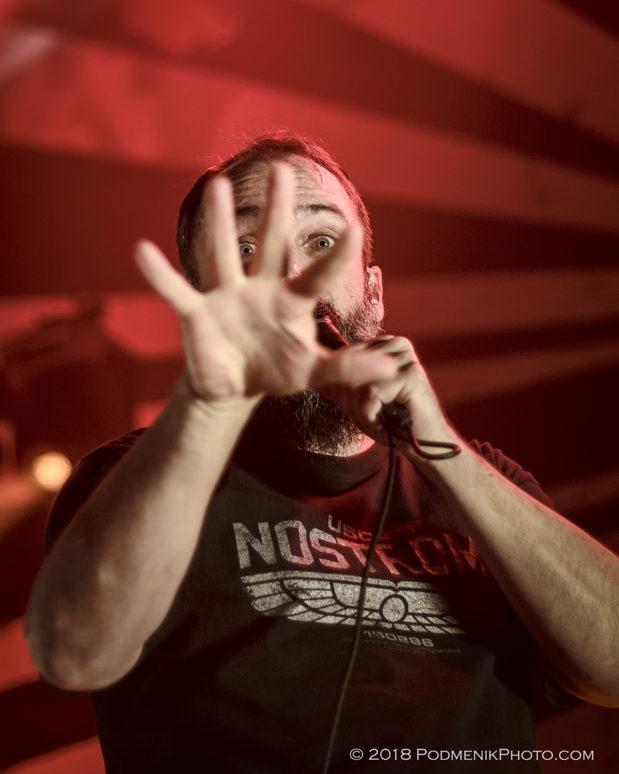 But let Clutch get to the meat of the matter. As local musician Joe Milosevich explained to me before the set: “Neil Fallon is like a preacher without the pulpit”. And he was exactly that, as Fallon strode from each side of the stage to the next, pointing out to individuals in the audience, giving the sermon of the philosphy of Clutch, making the atmosphere feel close and personal with parishioners nodding their heads in agreement with the message. With a fifteen song set list that pulled from latest release “Book of Bad Decisions” and older material, the night culminated with an encore with “El Jefe Speaks” and “Gravel Road”. Taking the show to Europe for the next month, Clutch will be back finishing the winter tour by the end of December. More information can be found here: