Louisville, KY — Muddy Waters said it: “The blues had a baby and they named it rock and roll.” Parent and child, two apparently separate generations of music come together with Gary Clark Jr. This guy is successful and comfortable with both and everything in between.

Oh yes, the man can play the blues. But he wandered onto a dark stage at the Palace, exactly on schedule, and as the lights came up to a very dim blue, as if to defy expectations, he ripped into, “Ain’t Messin” Round,” an uptempo R&B jewel that tagged a Grammy nomination for Best Rock Song in 2012. If there were a few empty seats in the theater, they were obscured by the now-standing crowd. With barely a break, he rolled into, “Next Door Neighbor Blues,” an original, but wholly traditional blues tune, and current tour set staple, from 2012’s, Blak and Blu album. “Got a call from my neighbor this morning, told me my baby was gone…”  Uhm… yeah. It could be worse, I guess. “Took the keys to my Cadillac, left my clothes out on the lawn.” Ouch… ok, now its bad. Time to invite that next door neighbor over for a drink and get the whole story. 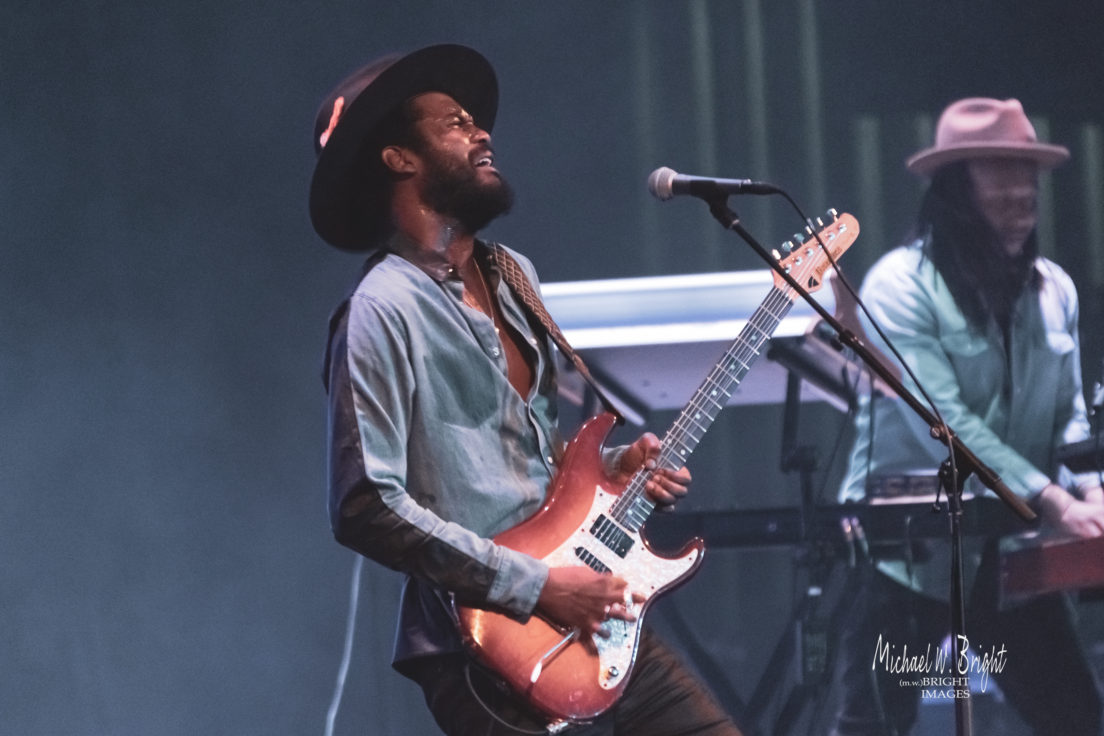 The hard hitting, “When My Train Pulls In,” also from Clark’s major label debut, Blak and Blu, showcased a tough edgy style which, along with his soulful, guttural vocals, adds an original appeal to a traditional blues approach. At age 34, and with a Texas pedigree, he’s got decades of playing ahead to continue fashioning his brand. As he says in the set closer, “Bright Lights,” …”you gonna know my name.”

His current tour wraps up with three nights at Austin City Limits, December 3, 4, and 5. A new album, due out the first of the year, promises expansions into reggae, edgy rock and punk. A preview can be found at http://www.garyclarkjr.com/music.