Article and Photos by: Michael W. Bright and Linda Carlson

LOUISVILLE and INDIANAPOLIS- You gotta believe that Ghost is one of the most covered and photographed bands on tour for the past several years. Why? There is their collection of four studio albums that have climbed steadily up the album charts in Europe and America, including June’s release, Prequelle, which reached #3 on the Billboard album chart. There is their 2016 Grammy Award for Best Metal Performance. Equally perhaps, they are a stunning visual treat.

And on a night so close to Halloween? You have all the ingredients for a sold out performance at the Palace. Eschewing classic heavy metal sonics and guitar work, the masks, makeup, and eerie tableau could obscure their tight, melodic structure and precision playing, for the uninitiated. The Louisville audience was prepared for the onslaught the new album applied. Opening with “Ashes,” then “Rats,” fans greeted the fresh offerings like old friends, instantly on their feet with nary a rest until intermission.

Just one night later, on October 30, Ghost performed at the Murat Theatre before a fully packed Indianapolis crowd that seamlessly fused Ghost enthusiasm with the Halloween season – there is, after all, an overlap in theme.  There were many costumes adorning the fans, from bat wings and skull face paint to the full Ghost regalia.  All told, the event went nearly two hours and 45 minutes, including the encore and a 15-minute intermission.  From start to finish, the evening with Ghost was split into two phases.  Act I was slower in tempo with ballads and a more ominous tone, yet sprinkled with moments of high energy.  The post-intermission Act II was more fast-tempo rock, with brighter, flashing stage lighting.  The Faceless Ghoul guitarists and bassist stole the show, with constant movement on stage, exhibiting nimble cat-like prowess and flexibility throughout the evening.  There was even a lively “dueling guitars” segment that showcased the skill and musicianship of the lead and rhythm guitarists.

And as if to play on the anonymity of the seven ghoul musicians, near the close of the second half, front man Tobias Forge introduced the Ghouls individually, first by explaining each band member’s musical talent and contribution, and then followed with a dramatic, “Ladies and Gentlemen, (pause) give it up for…the GHOUL!” in place of an actual name.  Done seven times, it became comically charming, and was welcomed with enthusiastic applause.

The encore, “Monstrance Clock,“ was introduced with seductive suggestions for what the Cardinal thought was an appropriate way to continue the celebrations of the evening after the show concluded.
Ghost continues its A Pale Tour Named Death North American Tour, with dates through December.  Following a break, they continue on a long European run beginning in February, with dates already scheduled into August 2019.  Be sure to check their evolving tour schedule at http://ghost-official.com/. 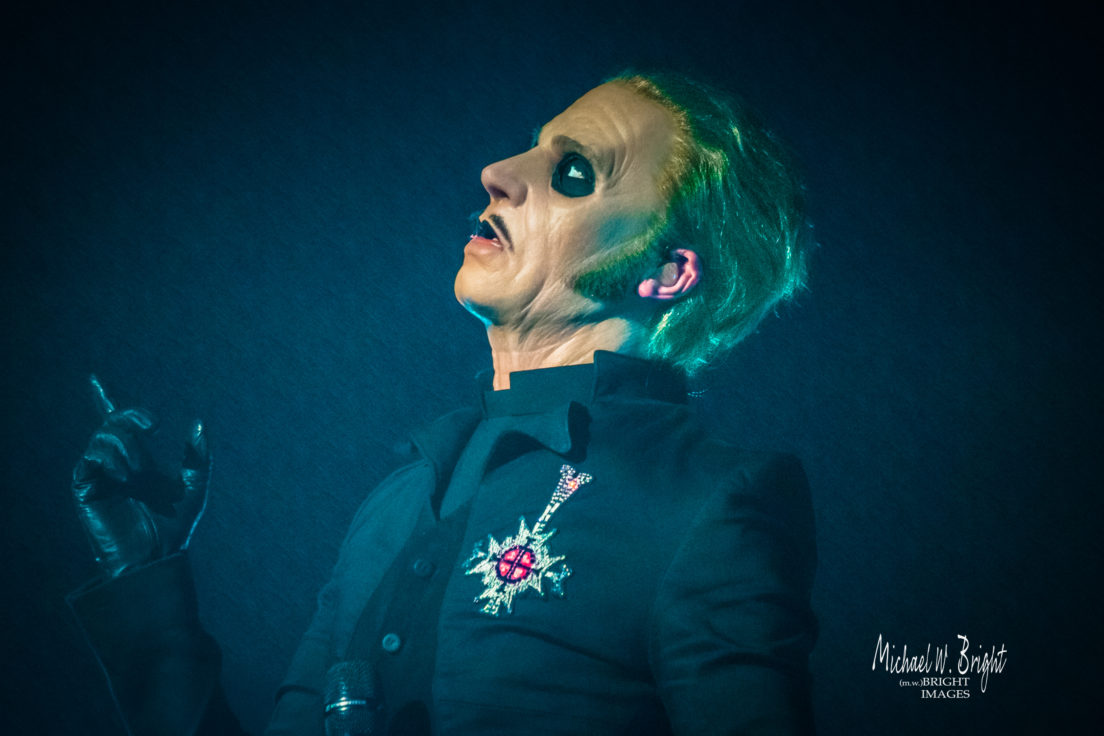 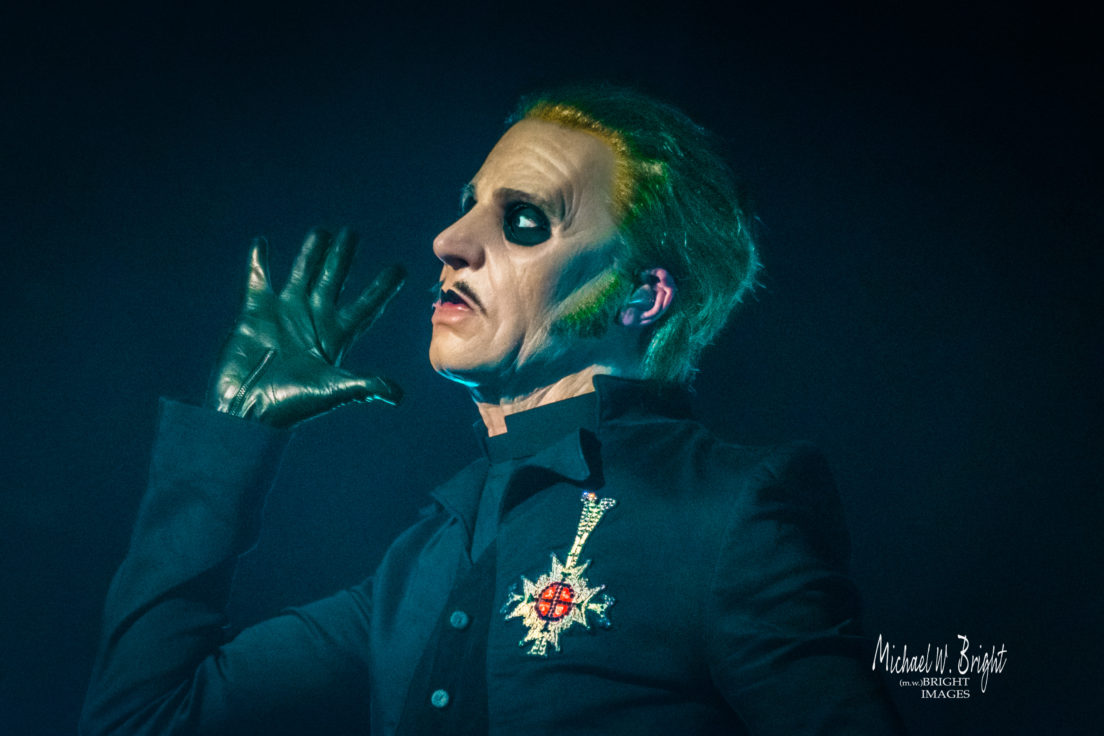 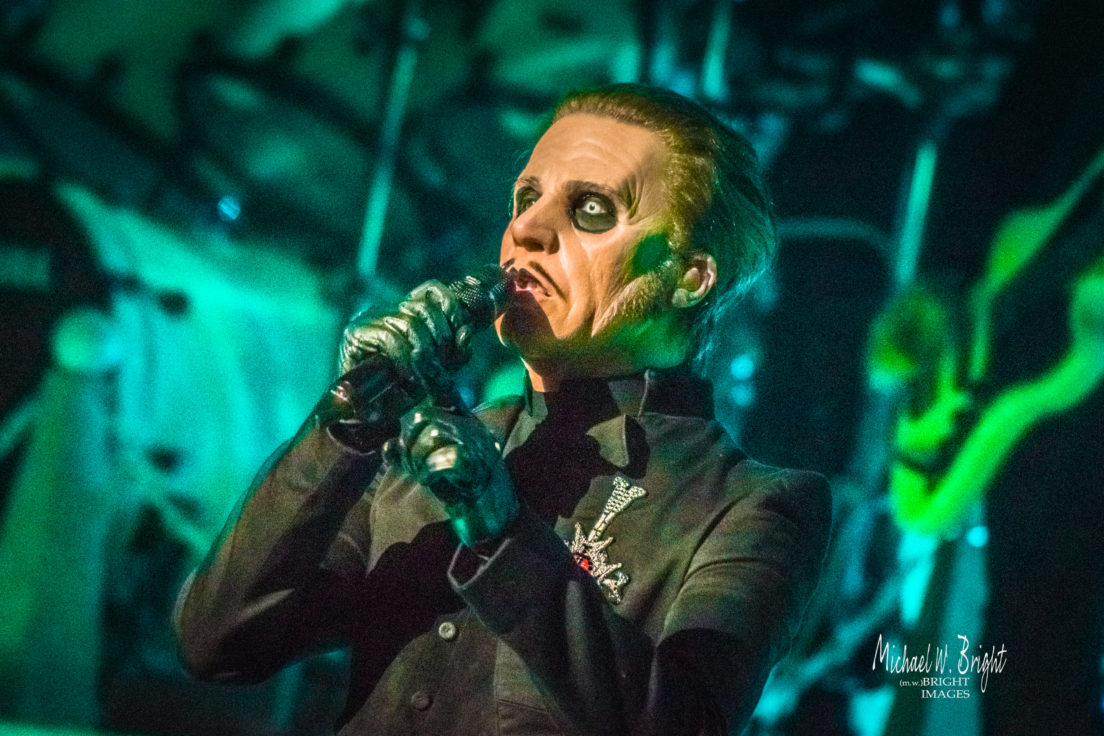 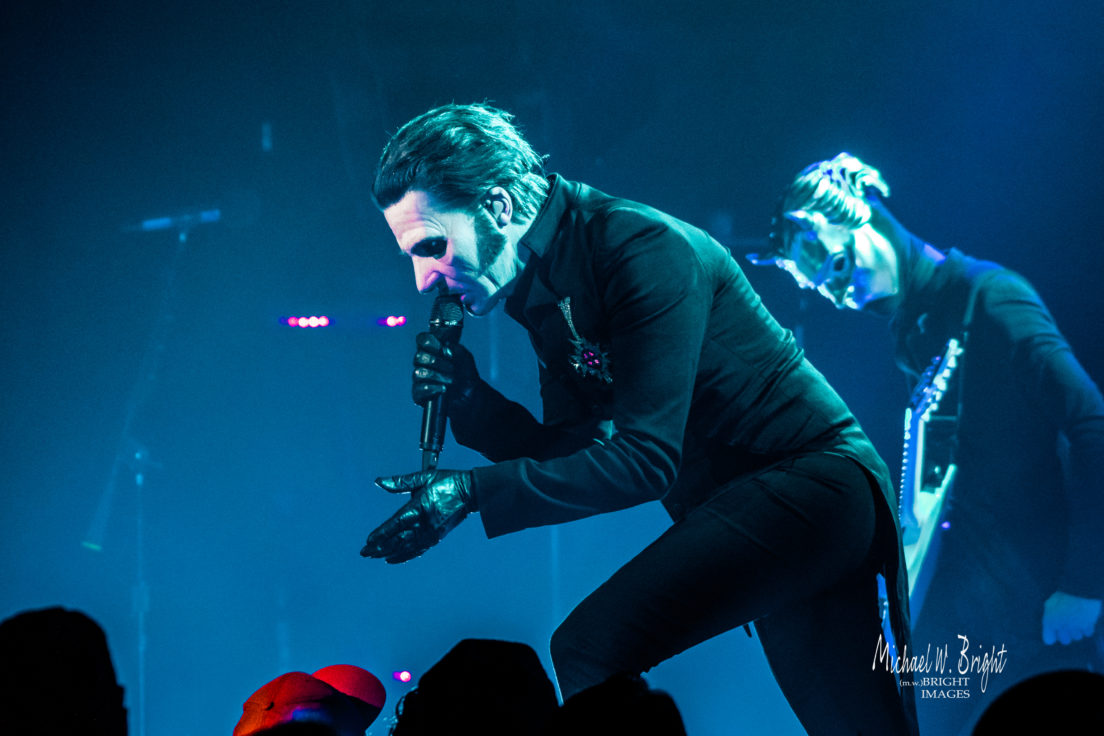 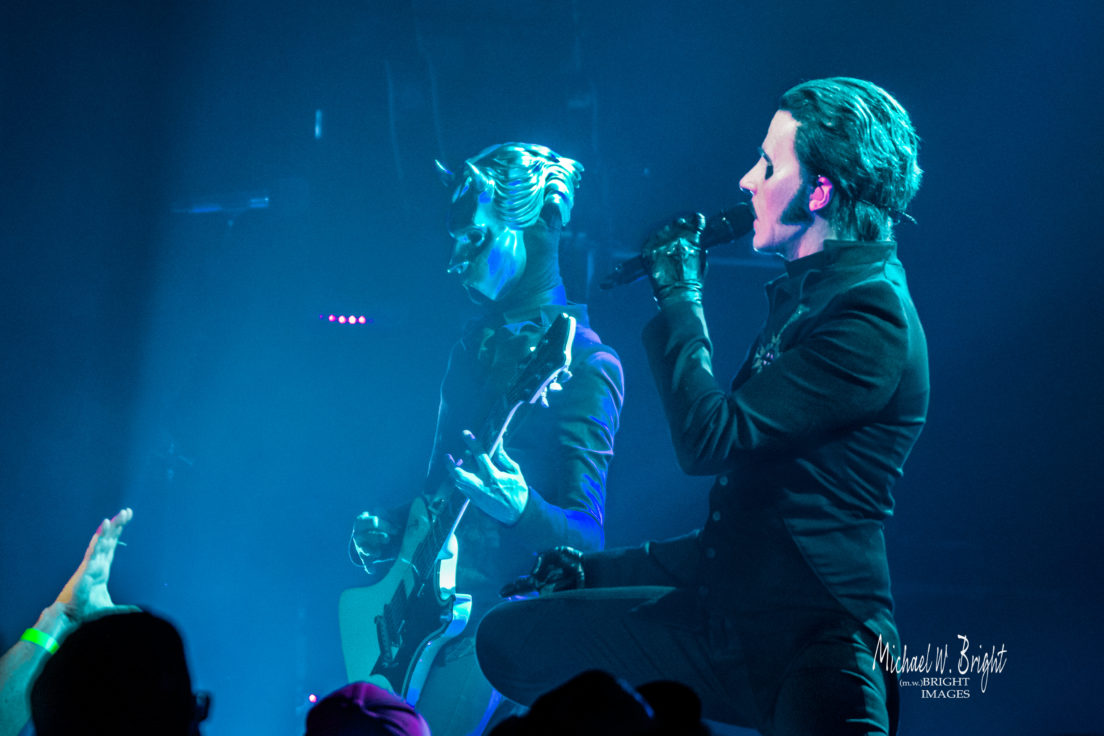 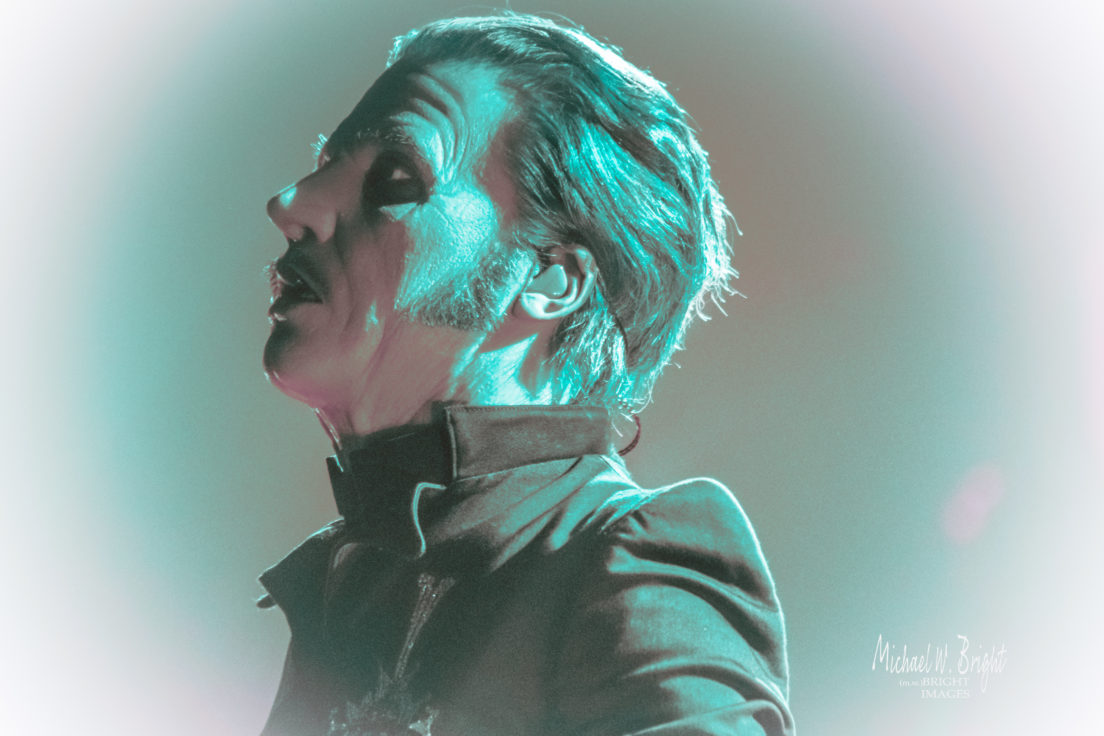 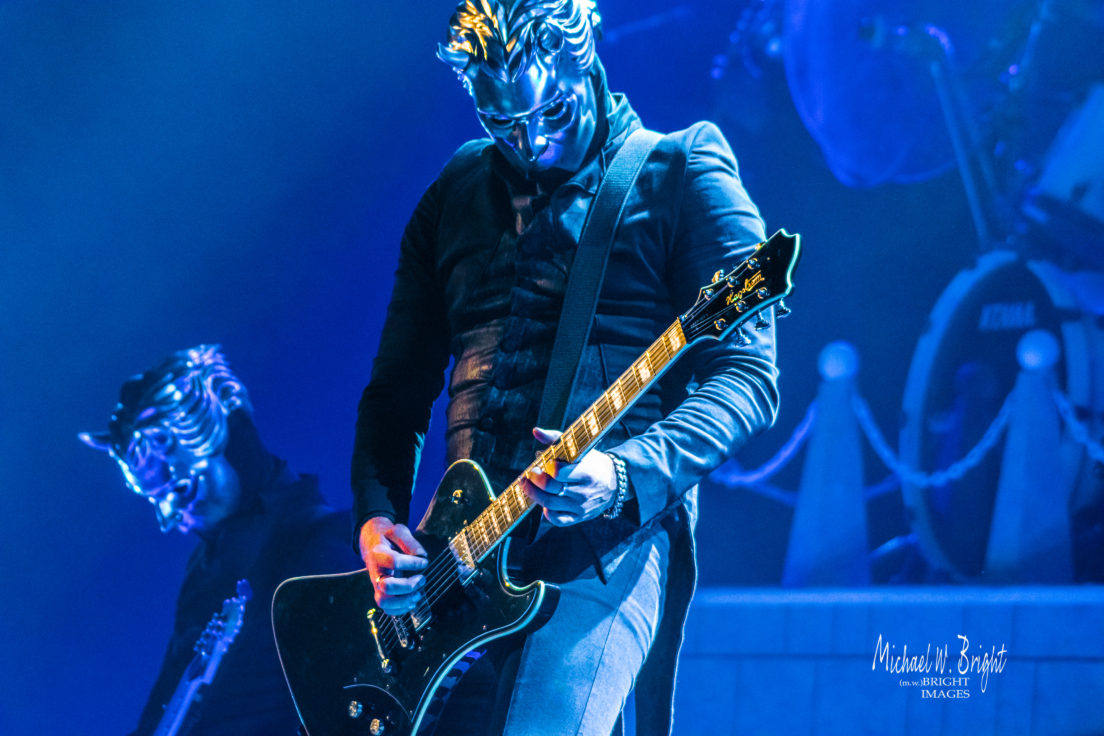 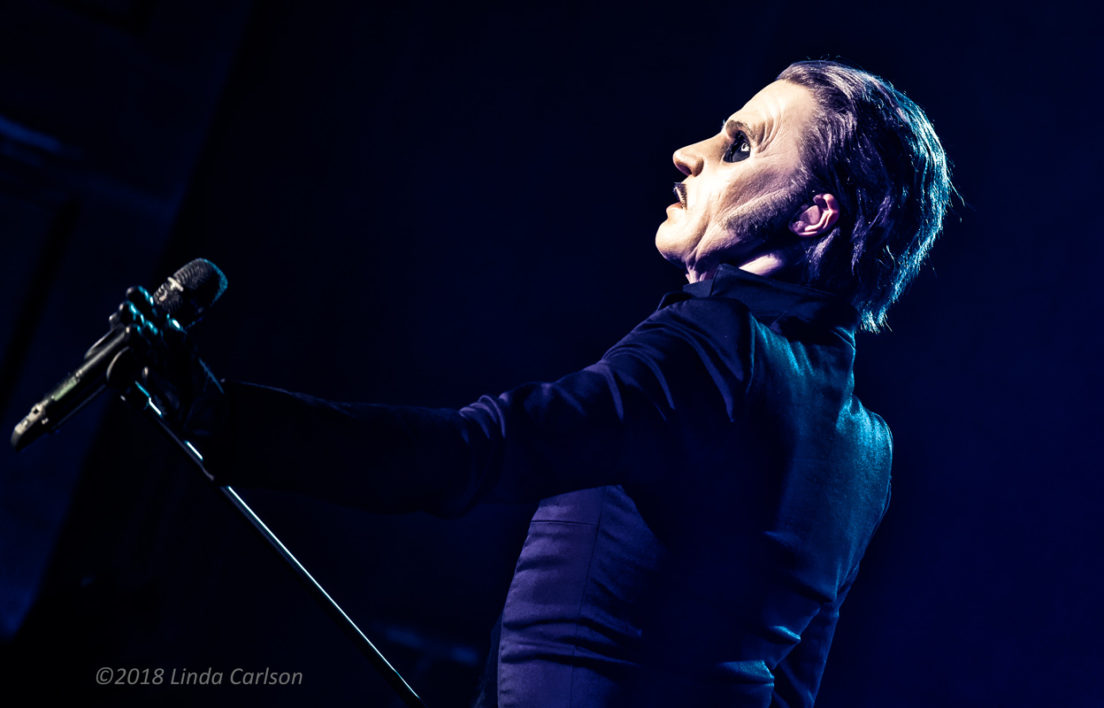 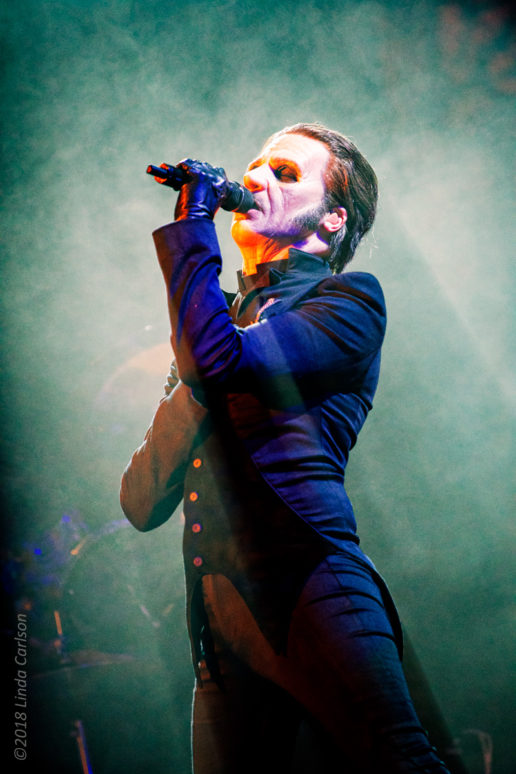 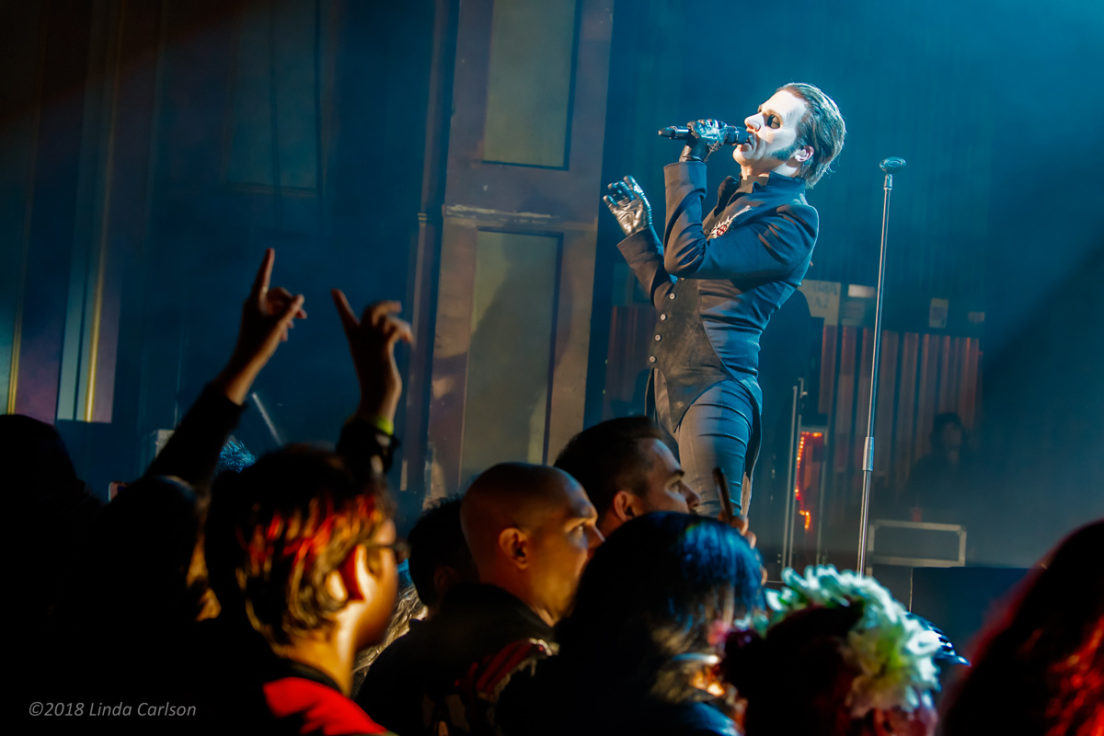 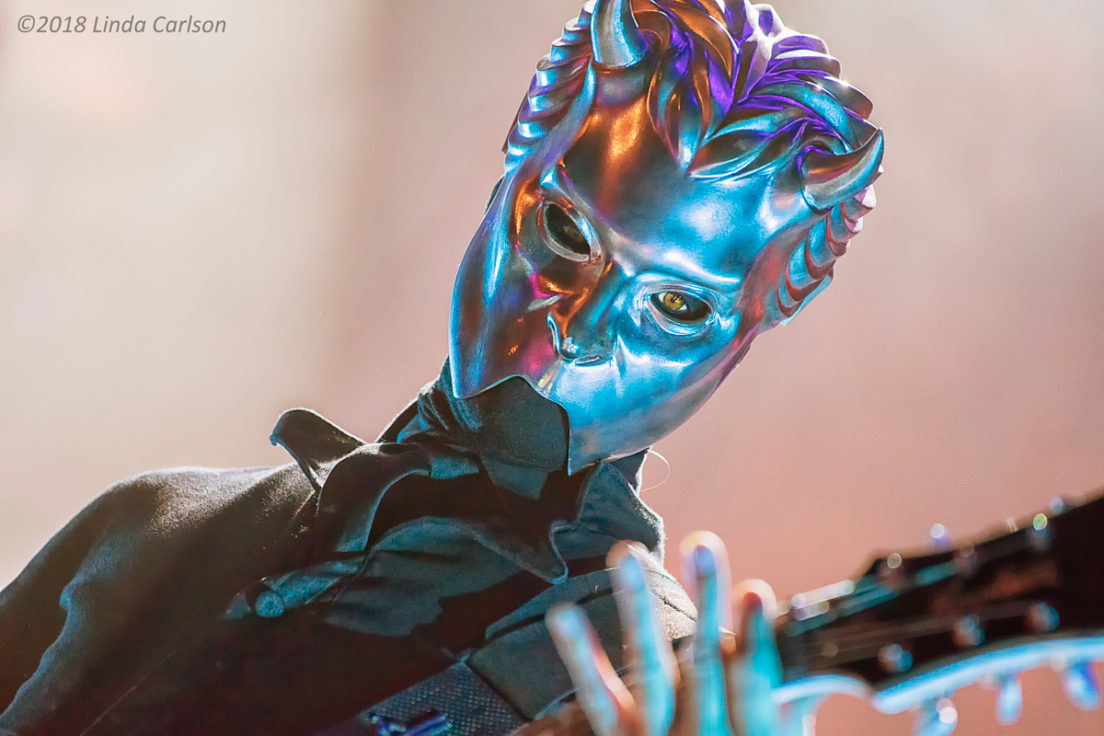 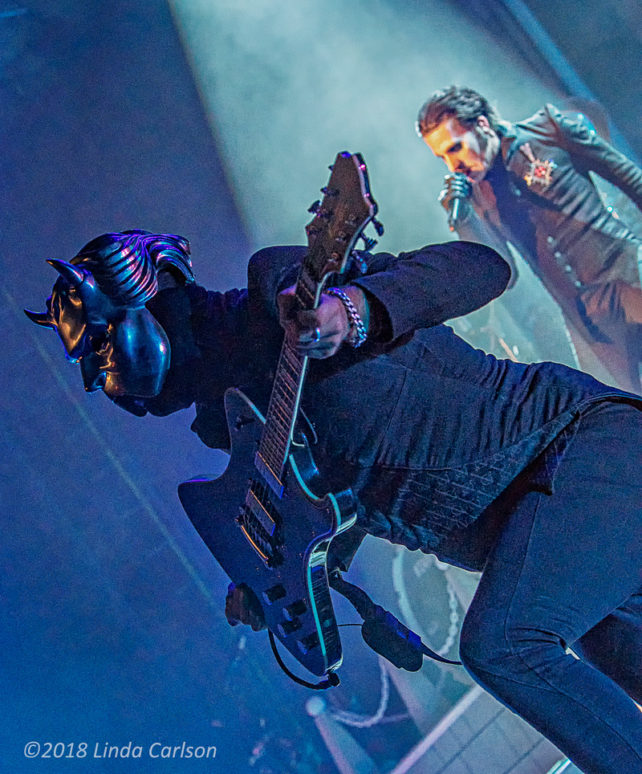 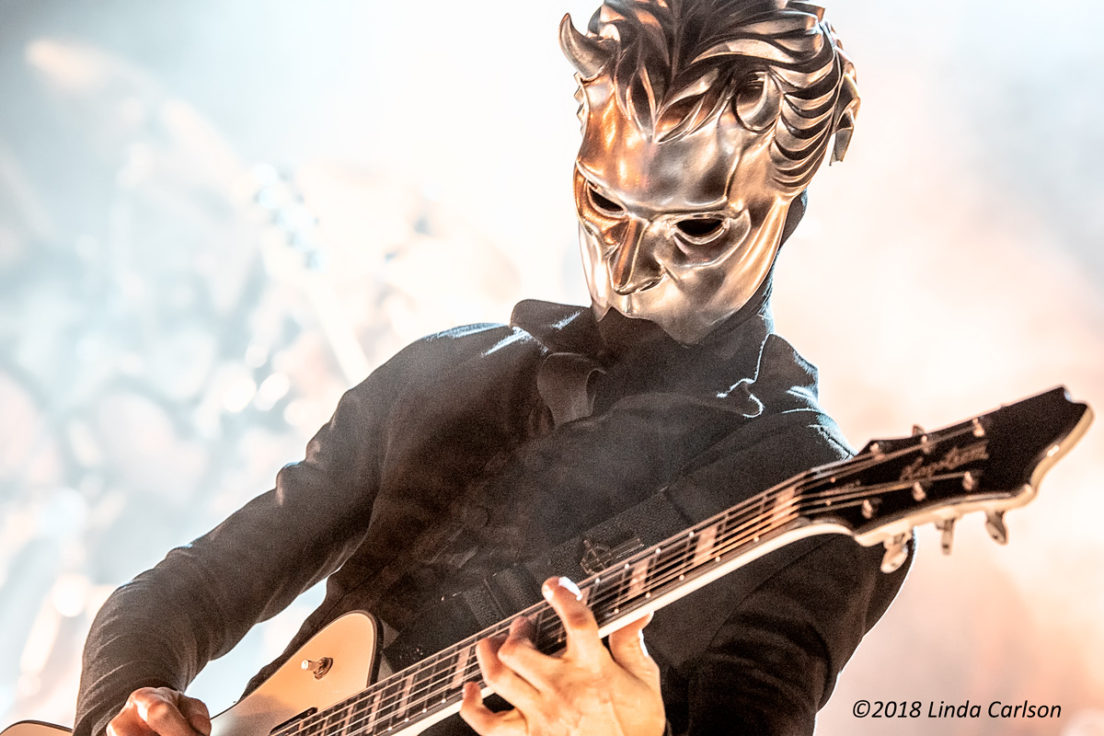