Article and photos by Steven Principato

NYC – Returning once again for what we all hope will come to be an annual Halloween tradition in drenching Irving Plaza in blood and gore, GWAR once again would fail to disappoint. Along with familiar openers such as American Sharks and Miss May I, this night of Gwar-O-Ween, the bloodening was off to an impressive start – and as the gore-fest endured, and the corpses piled up, this night would live up to it’s brutal name. 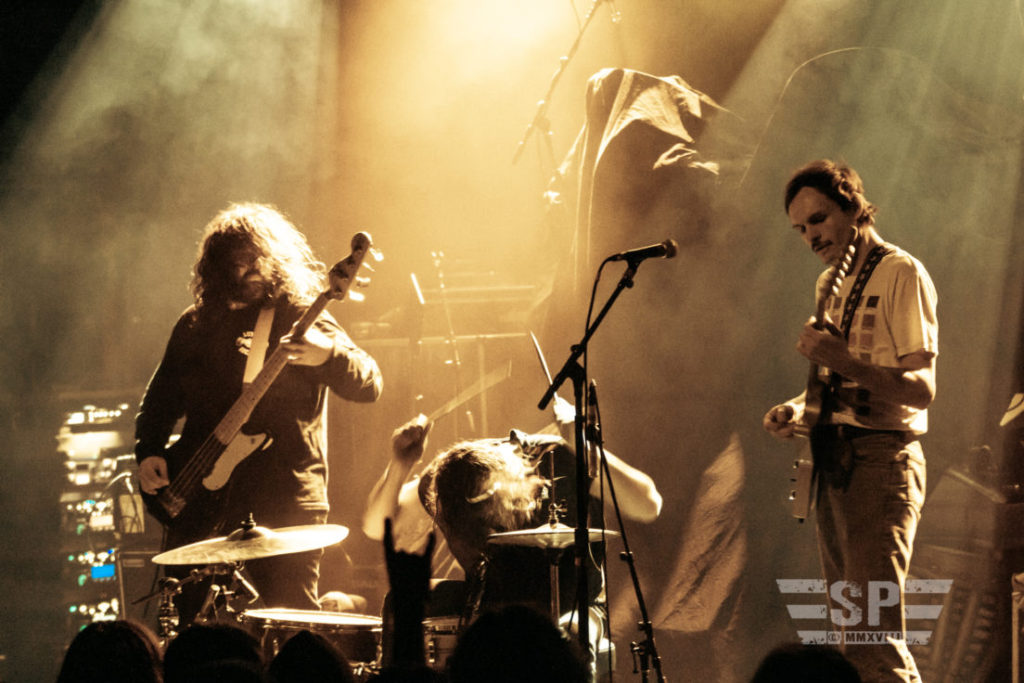 First taking the stage before a bizarre army of raging costumed metalheads below was the highly energetic and animated power trio, American Sharks. Unleashing their stripped-down and unique garage-born sound upon the already packed house, American Sharks didn’t have to exert themselves very much to keep this crowd raging, yet they didn’t hold back one bit in giving the house their most intense level of energy on this Halloween night. Next up was the melodic metalcore, drum heavy sounds of Ohio’s Miss May I. Playfully storming onto the stage in full “Avengers” get-ups for the occasion, Miss May I continued to elevate the crowd energy and further prepare for the inevitable bloodening to be ultimately unleashed upon us. 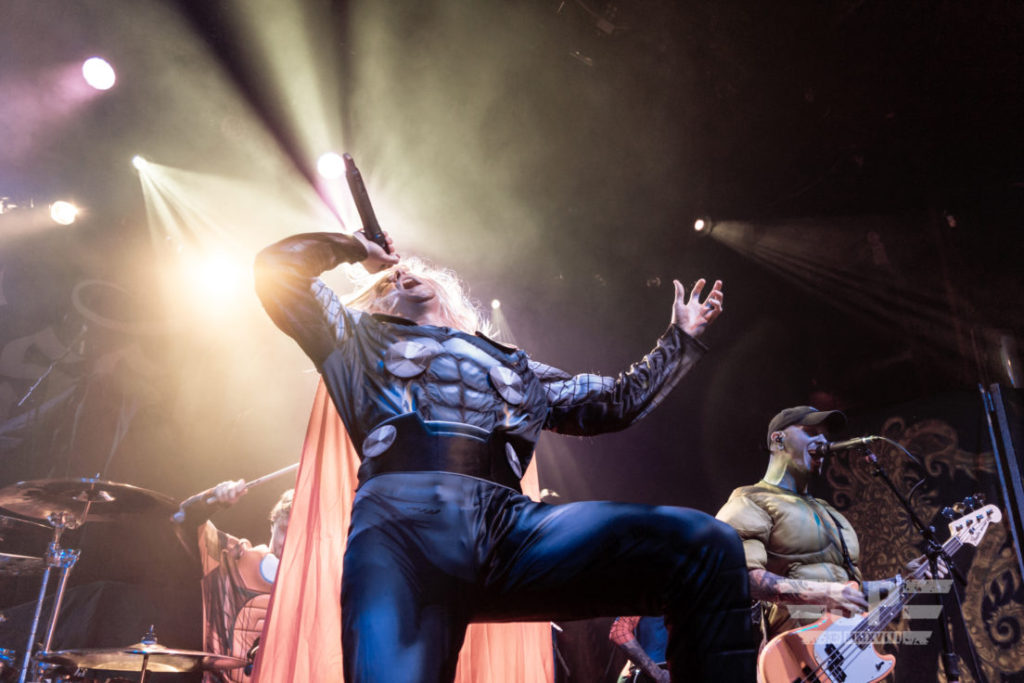 Finally, opening to the familiar scene of the now traditional beheading of some unfortunate victims – a GWAR tradition since the very early days, The members of GWAR appeared out of the darkness one by one. As the arterial spray (spewing from the behead-ees) showered a now frenzied crowd to the brutal sound of the track, “War On GWAR,” the bloodening had once again began – and once again, it was time for death…playfully simulated of course! As the slaying carried on to a set list that included a mix of GWAR classics, such as “Saddam-a-Go-Go,” “Immortal Corrupter,” and “Maggots,” there was no questioning the fact the band had always remained loyal to their aging fan base, devout since the early 90s while maintaining a steady parade of new corpses to be sacrificed in the name of GWAR. 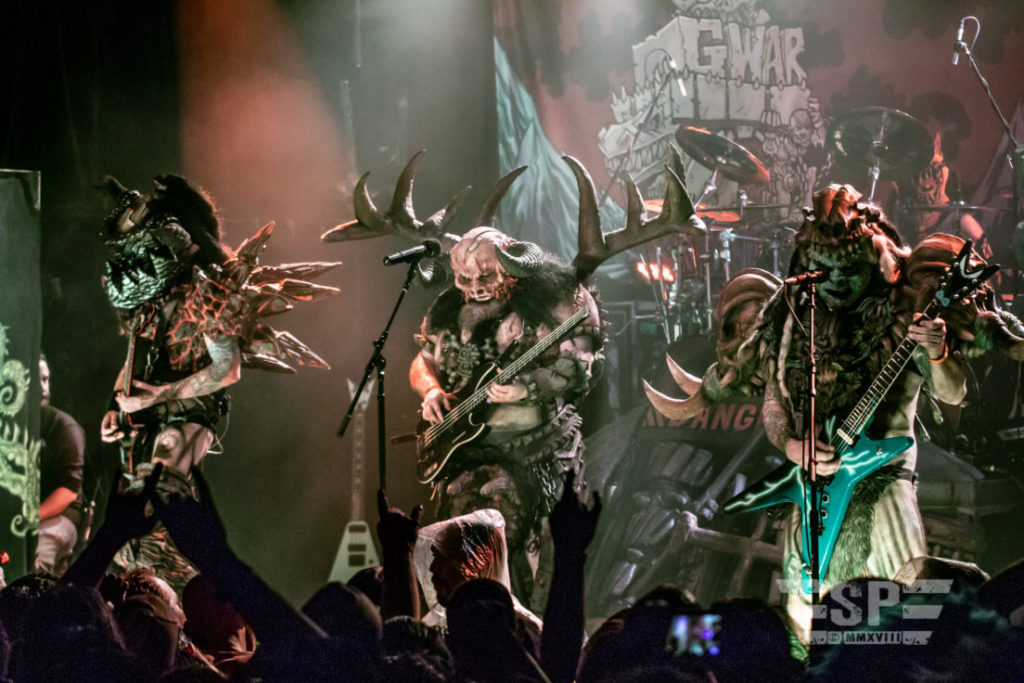 Additionally maintaining a long standing tradition of ritually disemboweling the most visible figures in pop-culture, GWAR once again failed to disappoint. With tonight’s lucky sacrificial volunteers being our own President, to the tune of one of their latest tracks, “El Presidente,” the crowd roared as front-man Blothar the Berserker literally exposed the commander-in-chief’s true inner workings, drenching the already raging sea of spewed soaked, colorfully costumed metalheads below.

Wrapping up the show with a special encore tribute to their fallen leader, the late Oderus Urungus, (Dave Brockie) with a ballad-like track titled, “Phantom Limb,” from their latest full length release, Blood of the Gods (Metal Blade, 2017) Continuing a three song encore with a special and exclusive appearance of an old familiar face from the early days, The Sexecutioner, as he performed his own a self-titled anthem, which stands to this day as an enduring crowd favorite. Overall, the second annual Gwar-o-ween bloodening was a huge success as expected, and there is little doubt NYC can hardly wait for next years oncoming Halloween bloodfest, brought to you by this legendary and immortal concept we call GWAR.