NORFOLK, VA: Virginia proudly hosted the first day of tour for co-headliners Halestorm and In This Moment, with a show that had lines of fans winding around the exterior of Old Dominion University’s Ted Constant Convocation Center on a Friday night. 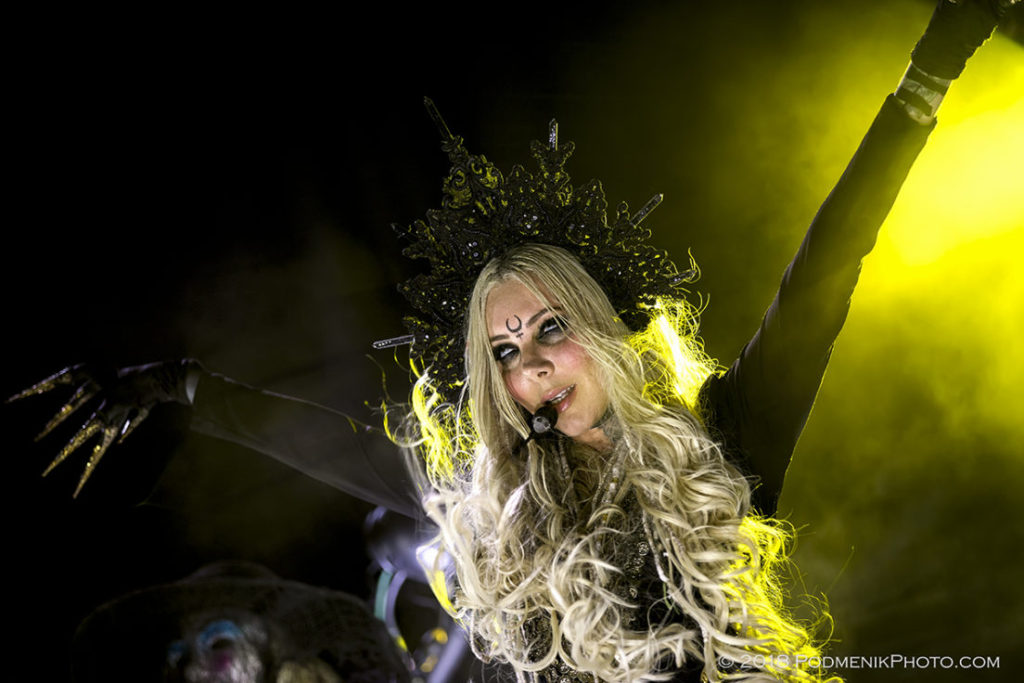 In This Moment is currently highlighting their 2017 studio album Ritual, which boats their biggest charting hit to date, “Oh Lord”. Ritual explores a conceptual theme inspired by a trip lead singer Maria Brink made to Salem, Massachusetts where she dived into the history of witchcraft. Their elaborate stage set up draws heavily from occult and religious symbolism with frequent costume changes, dramatic lighting and use of items such as crowns, crosses, rosary beads, cauldrons and robes. Thanking fans frequently during their set, Brink and fellow band members plus her two dancing “Blood Girls” wound their way through selections from albums Ritual, Blood, and Black Widow. 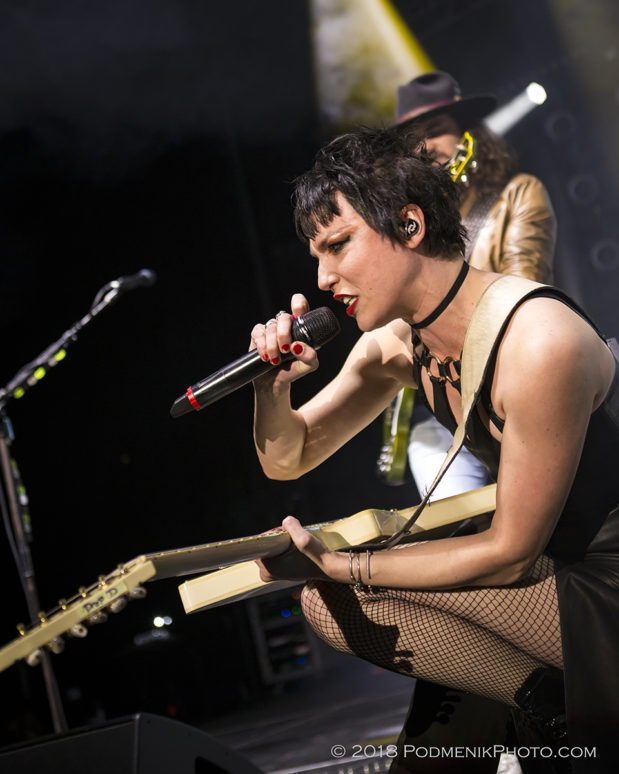 every single preconceived notion that you have”

following the album’s theme of self-empowerment and being true to yourself in spite of all odds.

While each female lead took command of the stage, each had their own distinctive style, one with a theatrical and haunting set and the other with a hard edged, rock n’ roll drive. In all, a great show.

These bands’ oncoming tour dates can be found at the following websites: