TEMPE, AZ — The sleazy hard rock spirit of the late 1980s Sunset Strip was alive and well at the Marquee Theatre in Tempe, AZ on Saturday night, as scene-veterans L.A. Guns brought their Missing Peace tour to town. A sweaty night of long hair and leather started off with headbanging 30-minute sets from four Phoenix-area bands, getting the house well-warmed up before L.A. Guns took the stage. 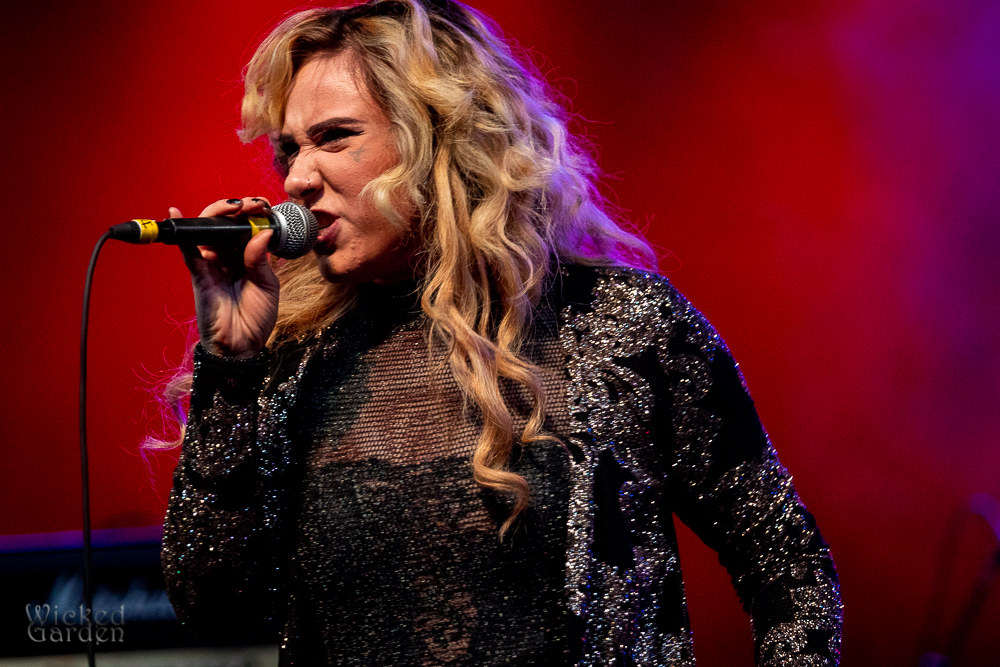 First up was Adero, led by Robbie Daze, whose vocals soared through the smoke-filled room like a hawk, and the band’s namesake, Adero Silversmith, shredding hard rock riffs and solos on her Les Paul guitar. The group ran through a handful of originals from their debut EP, Full of Lead, as the room quickly began to fill in. Following their closing tune, “Your Way,” the crew ran a quick set change for My Life Sentence to take stage. The audience continued to pour in to the sounds of high energy metal from the group as they tore into tracks from their own self-titled debut album. 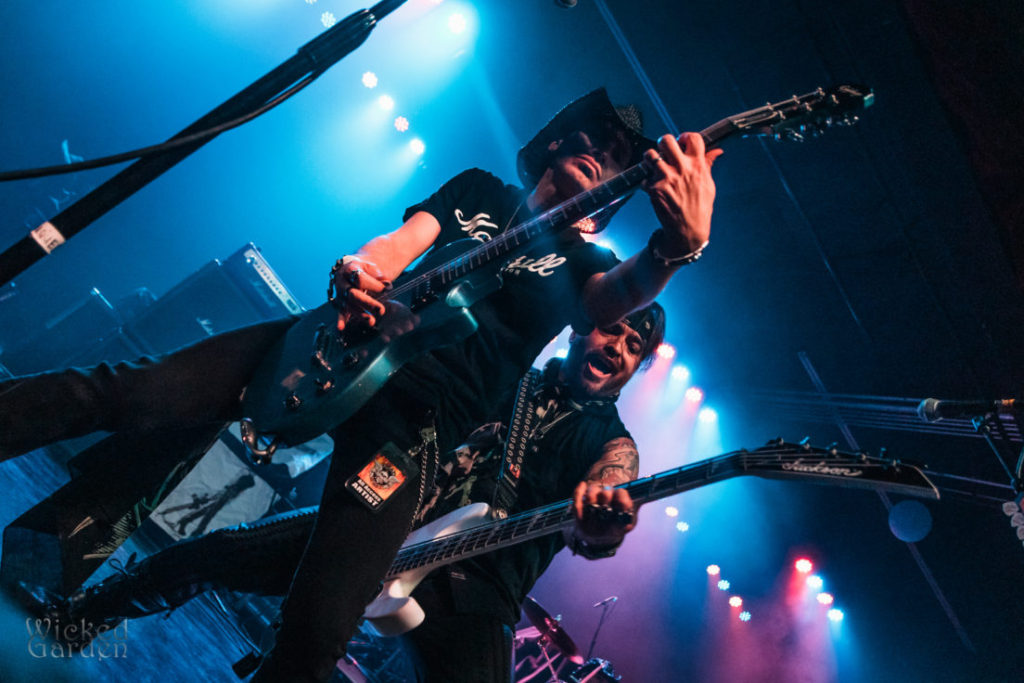 Color of Chaos was the first band to enter to a dark stage, with smoke and piped in background tracks helping to build the drama. As the tension finally broke, the band ripped into a fierce set of songs from their debut album, Hollywood. As their stage time came to an end, they got the whole room up and dancing with their thunderous cover of Creedence Clearwater Revival’s “Fortunate Son.“ Again, the crew moved swiftly to keep the time between bands to an absolute minimum, before Dead West took the stage. They spent their short time on stage rocking through tracks from their recent debut album, Long Hard Road. They were well received by the ever-growing crowd, as they ran around the stage to the sound of songs like “Helldorado,“ and their fist-pumping ode to Robert Johnson, “Crossroads.“ 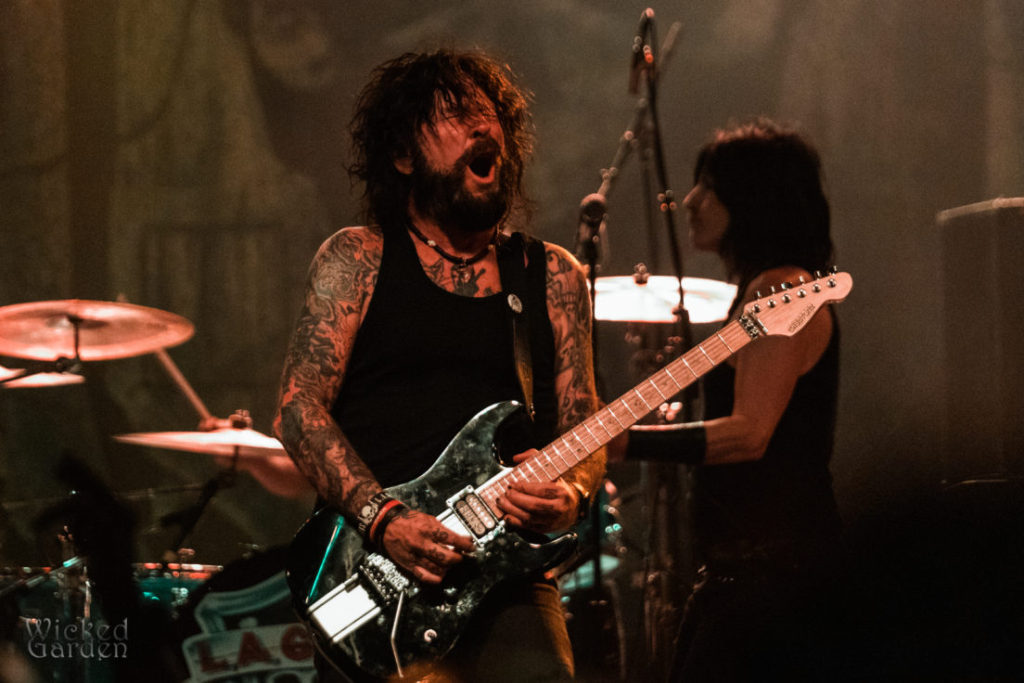 At 9:45 PM, more than three hours after the show started at 6:30, L.A. Guns took the stage to a screaming room full of rowdy fans with the opening chords of “The Devil Made Me Do It.“ Guitarist Tracii Guns and vocalist Phil Lewis, the only remaining original members, led the band through an hour and a half of hard rock tunes, mostly from their 1988 self-titled debut and 1989 follow-up, Cocked & Loaded. Lewis and Guns reunited after 15 years apart to record The Missing Peace, released just over a year ago and have been on tour since then.

Fans favorites like “Electric Gypsy” and “Never Enough” drove the crowd wild, as they sprinkled in tracks from The Missing Peace, such as “Speed” and “The Flood’s the Fault of the Rain.” Bassist Johnny Martin, who joined the band in 2012, and touring guitarist Ace Von Johnson were the perfect complement to Lewis and Guns on the front line, with drummer Shane Fitzgibbon pounding thunderous beats. 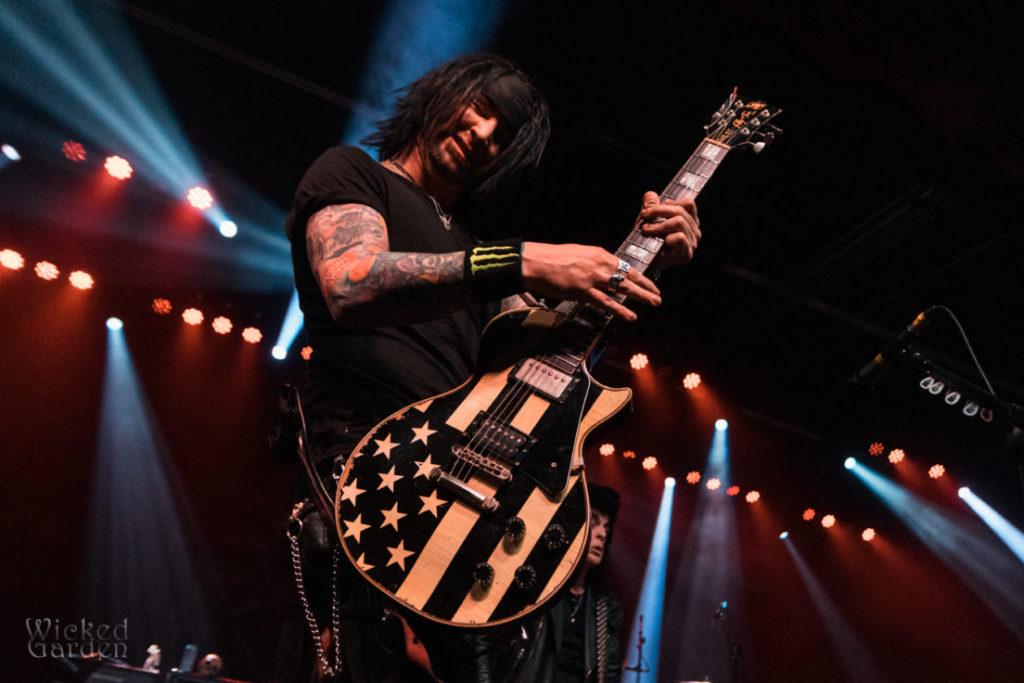 One of the rare slow songs of the entire evening came towards the end of L.A. Guns’ set, when they ran through “The Ballad of Jayne,” the group’s biggest hit from 1990. That made it feel even more raucous when they picked it back up for their closing song, “Rip & Tear,” also from Cocked & Loaded. The band took a well-deserved bow for the cheering crowd before leaving the stage until next time. The Missing Peace tour will wrap up this week, though the band has announced a new album for 2019, be on the lookout for a tour to follow.