Allston, MA – It’s late on a Tuesday night as the doors open a small handful of people make their way inside the Great Scott. Within Boston’s expansive music scene, the venue remains a hidden gem that continues to bring incredible talent and some surprisingly large names to its small stage. Bars with music are common in the area but it’s events like tonight’s show that are unique.

Equally unique is tonight’s artist, Zimmer. This is the Parisian artist’s third ever live performance after developing his own album for the past 18 months. He’s better known for his DJ work and remixes though his new work departs into another category altogether. Deep, melodic, and brooding, he explores the character and assembling of sound through his original work. 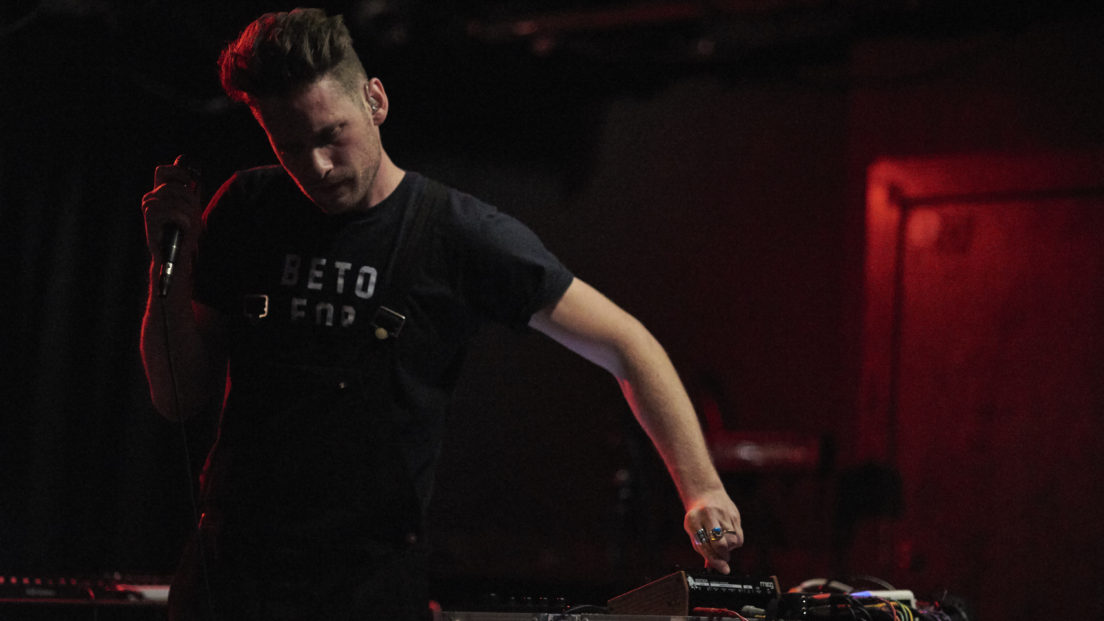 Tonight HAULM is half of its normally two man show as Reed Kackley is touring in support of his solo project leaving JT Norton working overtime to cover both parts. He’s well prepared for this as he explains before the show – he’s been able to set up scripts on his dizzying array of equipment to automate his partner’s contribution as much as possible. He makes it sound easier than it looks.

It’s still too early to tell the election results, but Norton is sporting a Beto shirt following his recent move to Austin. His part of the show could never be replaced by a machine. With a powerful airy whisper he sings into the mic, words running together, offering the listener the option of listening to them or just swaying along. There’s a breathlessness to the ebb and flow of the music, Norton’s stratospheric falsetto effortlessly floating over the music. 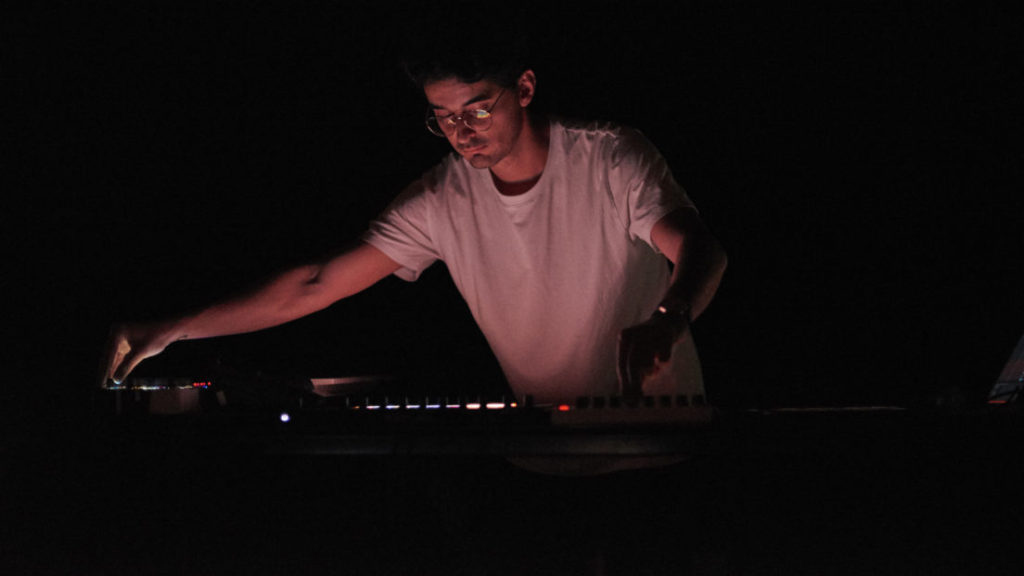 Zimmer is surrounded on three sides by equipment from tablets, laptops, pads, and a keyboard. His is a significantly more technical set in part because all of his samples are electronic including the vocals. Where HAULM’s strength was in the vocals, Zimmer shines when it comes to the imagery of his music. He uses subtle changes in repeating sounds to evoke a texture to each song, drifting almost imperceptibly through each track. One constant is the repeating pulse throughout the set. A piano keystroke, drum pad tap, or simple note echoes throughout the set ever changing but maintaining its heartbeat.

Zimmer is on his way through a short worldwide tour to showcase his latest work, be sure to see him if you have the opportunity.