Atlanta, GA — Every Time I Die and friends are touring to celebrate 20 years of creating music and getting fans moshing with a crazy show in Atlanta! 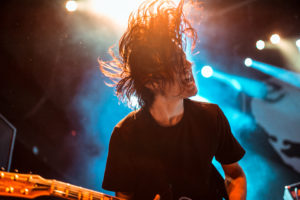 The first opener of the evening was a Boston 5-piece hardcore band with punk and nu metal influences, Vein. Though they have been a band since 2013, they put out their first studio album earlier this year, ERRORZONE, and the album blew the entire scene away. This band got the crowd moving and warmed up with every member of the band putting out 110% energy and using every inch of the stage. Band members and fans alike were  climbing the speakers in front of the stage to connect during their set. It was a hint of what was to come the rest of the evening. 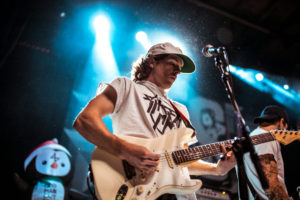 The second opener of the evening was another 5-piece hardcore band but this time from Maryland, Angel Du$t. They have a strong punk rock influence which can be heard in their instrumentals and synchronized kicks and jumps with all the band members. With their interactive performance and fans grabbing for the mic, this created the environment for the first of many stage dives of the evening. It was a perfect band to continue the build up throughout the evening. 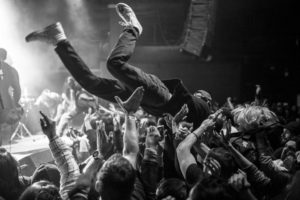 Our last opener of the evening is another hardcore punk band from Maryland and a veteran of the industry, Turnstile. This was a set unlike anything I had ever experienced before. From the bands high energy to the dozens – if not over a hundred – stage dives that happened during their set, it was wonderful chaos. They have an active and lively fan base that was certainly moving and moshing to their fun lyrics and heavy breakdowns. The front row was filled with fans screaming along to every word and loving each moment. 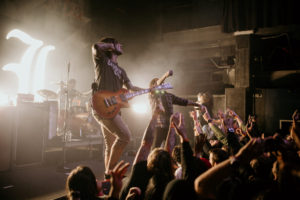 The headliner for the evening is a true veteran and giant of the scene, Every Time I Die. This metal/hardcore band with southern rock influences has been creating music and rocking crowds for over 20 years! This makes their fan base a very diverse grouping that covers many different age groups and seasons of life. Don’t think that this means their crowd is anything less than high energy and interactive, just as the band is. It is made very obvious why this band has the fanbase it does with vocalist Keith Buckley crowd surfing with the mic, to guitarist Jordan Buckley head-banging on top of a 20 foot speaker – they give every ounce of energy to their performance and fans. And their fans return the energy by rushing the stage, crowd surfing, and moshing until they drop. This is not a band to miss!