Chicago, IL — You can’t utter the words Greta Van Fleet without someone chiming in and comparing them to the Rock and Roll greats. Well, that’s not what this article is about and for that reason, I won’t even mention the comparisons. In my own personal opinion, I don’t think its fair to compare GVF to the greats or vice versa. Each had their own moment in time, and now is the time of Greta Van Fleet. 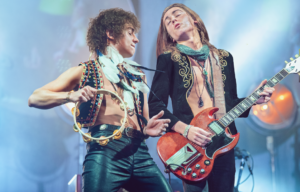 At the young ages of 22 (twins Josh [lead vocals] and Jake [lead guitar]), 19 (Sam [Bass]), and 19 (Danny [Drummer]) respectively, the band which was founded in 2012 but signed in 2017 has already started breaking down barriers. They were already named Best New Artist (2017) at the Loudwire Music Awards and as of this month have been nominated for four Grammy Awards, including Best New Artist, Best Rock Performance, Best Rock Song, and Best Rock Album. If I was a betting man I would bet they win at least one if not all of those awards.

Heres the thing about Greta Van Fleet… They absolutely deserve to win those Grammys. I can’t recall a band in years that has had such a magnetic wide-ranging pull on an audience. Think about this… You have a group of guys in their 20’s that are able to pull in sold-out crowds, not one night, not two nights, but three nights in a row across multiple cities. Not only that, but they are pulling in an unprecedented unique demographic of people. For the first time in a long time, you have a band that’s bringing together young and old, male and female. It’s reminiscent of Beatlemania except, this time it’s not just teenage fangirls. You have full grown men screaming and yelling right along with the younger fans. Not only that, those same grown men are proclaiming that Greta Van Fleet is the savior of Rock n Roll.

I’ll be honest when I walked into Aragon Ballroom I was still skeptical of these “kids” from Michigan. Sure, I had done my due diligence… I read a bunch of articles about them, listened to their music, and even watched interviews they had given. But nothing could’ve prepared me for what I was about to experience. As I pushed through the crowd to make my way down to the pit I noticed something peculiar. Normally when you go to a concert you see a couple of people with the bands t-shirts on. But this was different… A vast majority of the crowd was decked out head to toe in an array of GVF gear. I’m talking bandanas, sunglasses, t-shirts, and stickers. These weren’t some schmos off the street that had just wandered in to see this “new band” no, these were real fans.

Finally, I made my way into the photo pit. And then I waited…  Luckily this gave me time to scour the anxiously waiting audience. This is when I truly noticed the vast scope of the age range in the crowd.  Pressed against the metal barrier were men clearly in their late 40’s wearing GVF sunglasses and t-shirts and right next to them were girls in their early teens holding a sign stating “Sammy slap that bass.” Rarely, unless a father is taking his daughter to a show do you come across this uncanny culture gap rocking out side by side.

Fifteen minutes after their scheduled set time Greta Van Fleet took the stage. Admittedly, I thought to myself “Who do these guys think they are making the crowd wait?” But then they broke into Brave New World which caught me off guard. Why? Because Josh’s voice was so crisp and the band was so tight. Immediately following that they went into Highway Tune and the crowd went crazy. But, it was the third song where something magical happened. They started playing of Edge of Darkness which is a song that really tests Josh’s vocal ability while at the same time allowing for face-melting guitar riffs. This then broke off into an eight-minute extended version that I never wanted to end. It was the perfect blend of classic rock n roll guitar with the addition of flawless rock n roll drumming.

The showmanship became clear as Josh worked the stage back and forth like a tiger trapped in a cage. Then as if Jake wasn’t destroying guitar solo enough he decided to play the guitar while holding it behind his head. It became clear that these men of a young age had old souls and could work the crowd as if they had been doing it for years.  The whole moment became as if I was transported to another universe and only when the song ended was I transported back. It left me in shock and awe wondering what the hell had just happened. It was this defining moment that set the energy for the rest of the evening and made me a Greta Van Fleet fan.

The energy in the room would continue to remain on a constant high from this point in the show until the house lights came up. It became clear why such a wide demographic of people are drawn to this band. It’s not that Great Van Fleet is similar to any certain band of the classic rock n roll era. No, it’s more like they encompass the entire rock n roll era. In this modern world of mumble rap, I’m excited to see a young band keeping the spirit of rock n roll alive… But, more importantly, I’m excited to see that they have found a new generation that appreciates the classic sound as much as the older generation. You can follow Greta Van Fleet on their global takeover by checking out one of their remaining tour dates http://www.gretavanfleet.com/tour 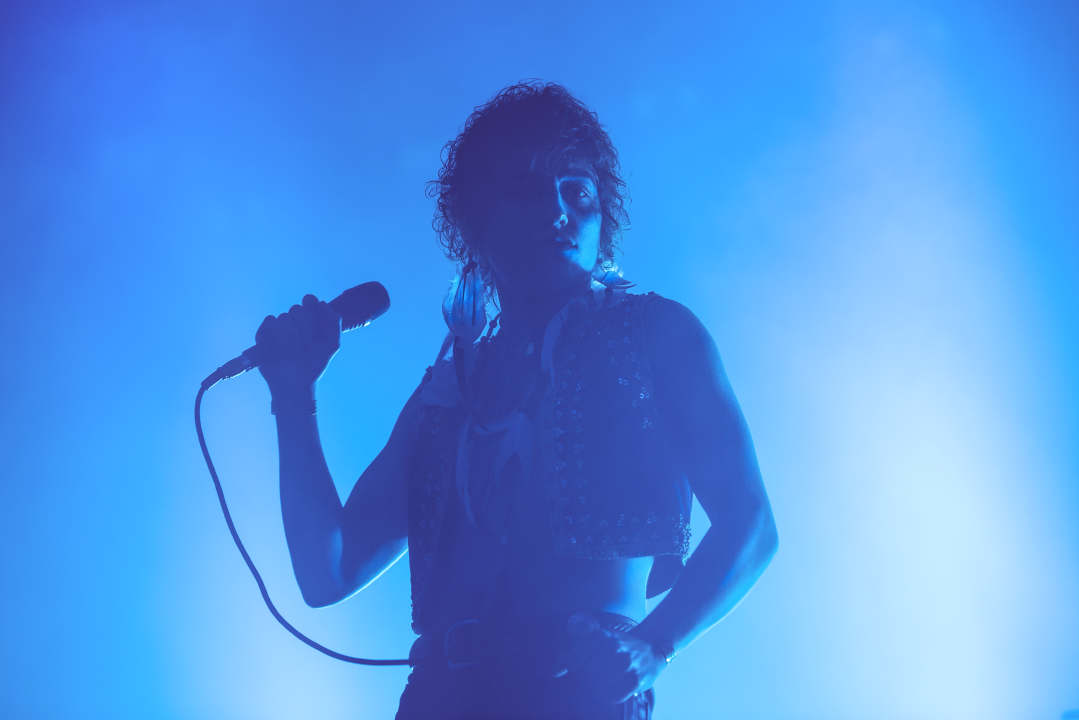 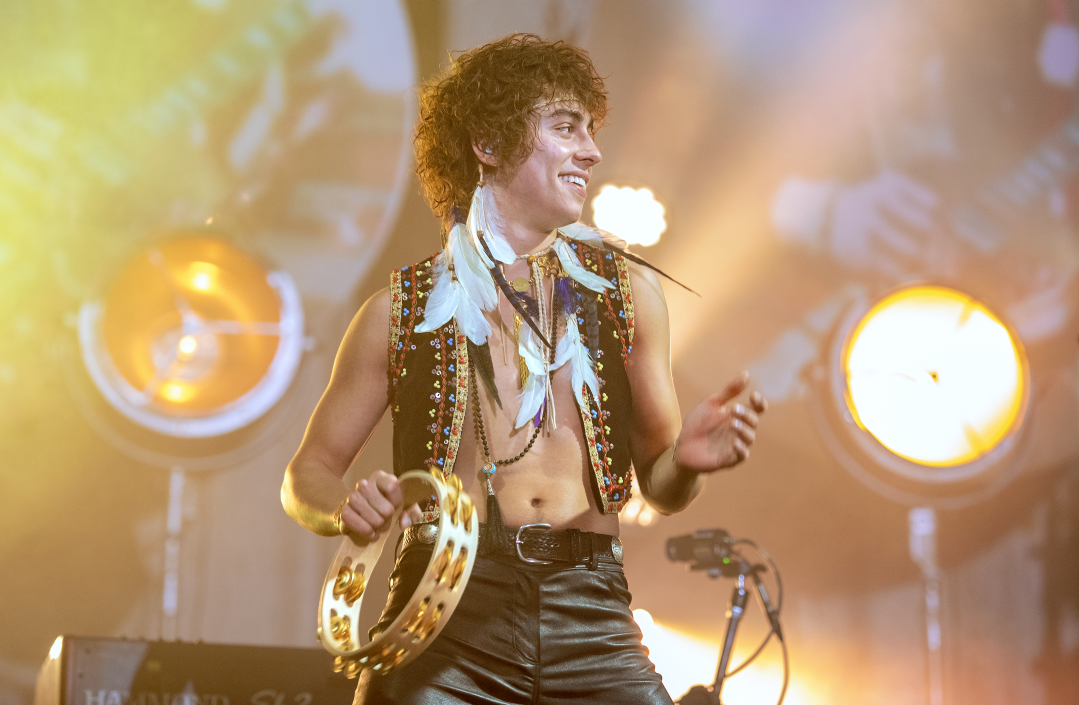 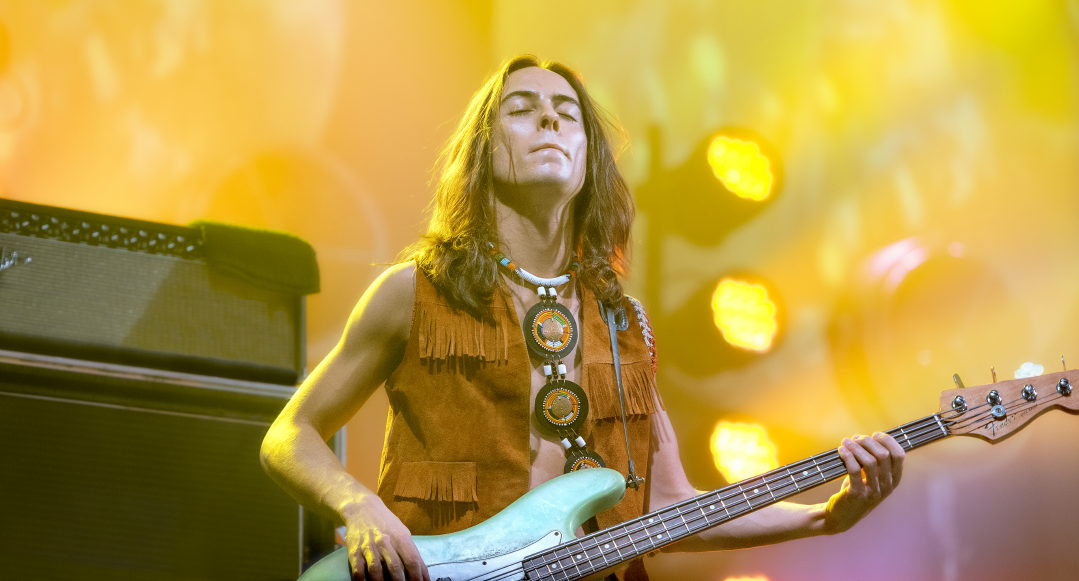 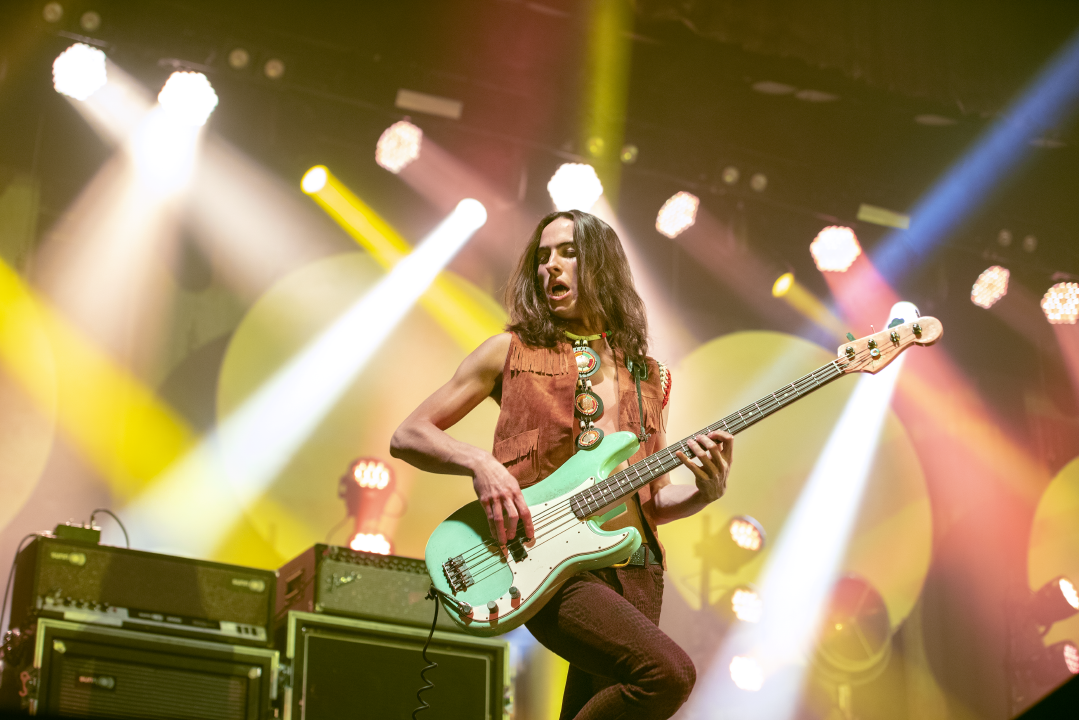 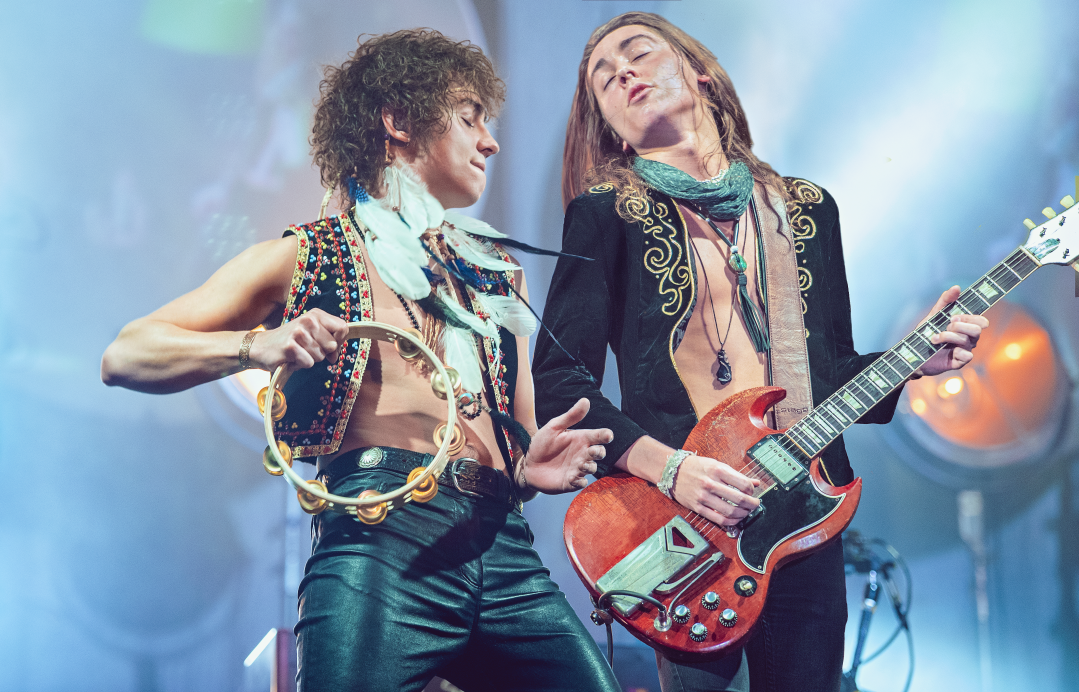 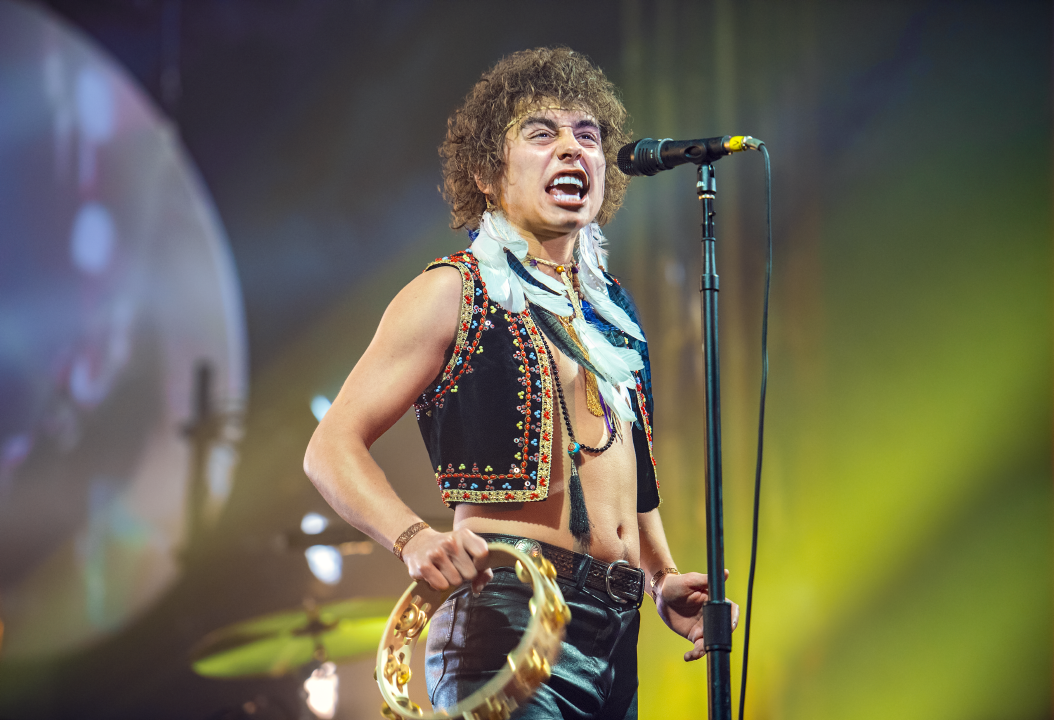 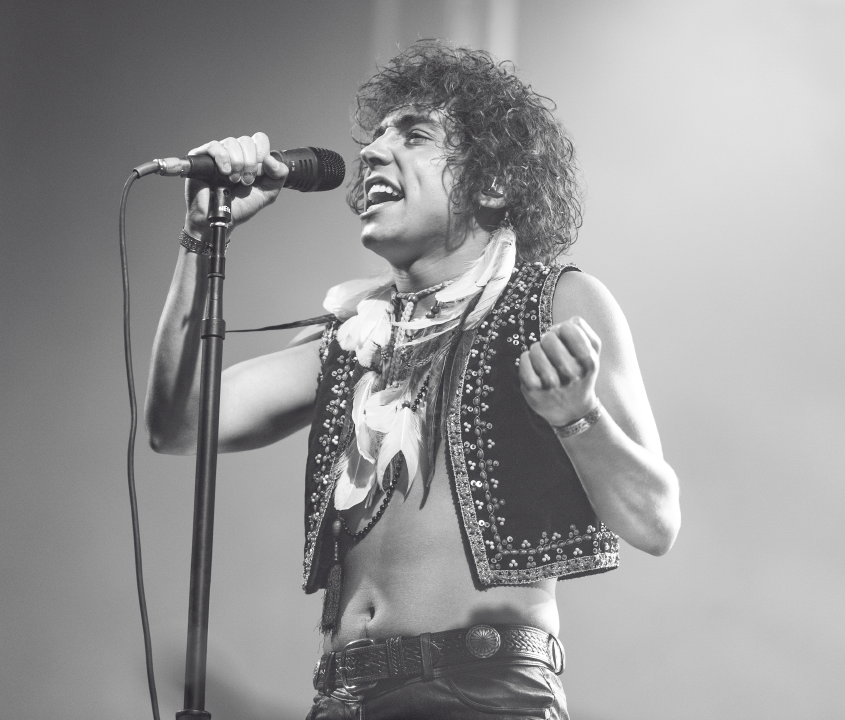 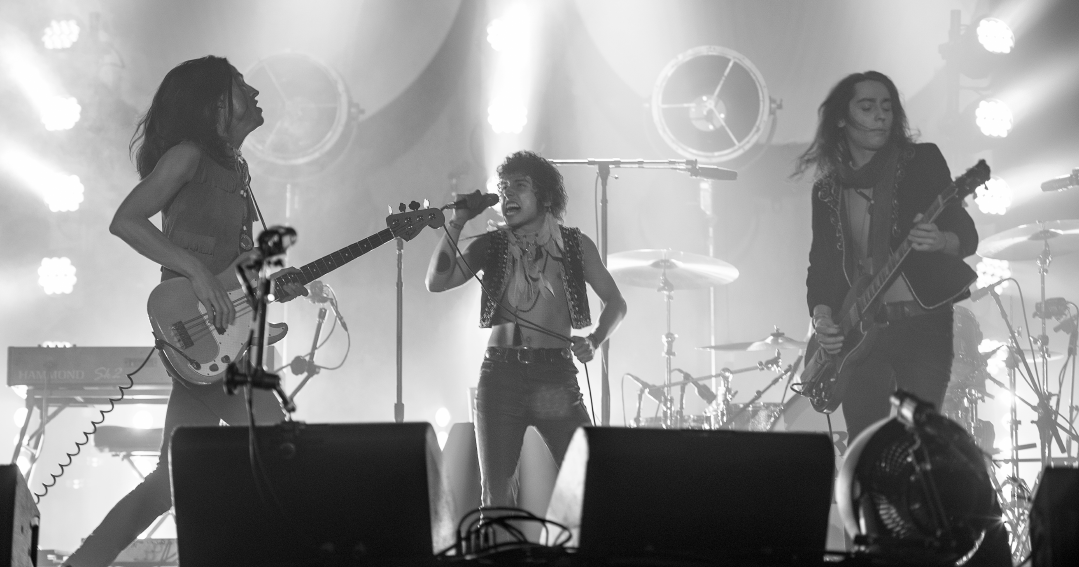