Louisville, KY — If you needed an excuse to come to Louisville, here are some pretty good ones: There’s the Kentucky Derby of course, or any of the fine thoroughbred races in spring and fall. Then, of course, is the distillery touring and tasting, and generally immersing yourself in our number one export and reason for living well: bourbon! But here’s a closely guarded secret… If you’re very lucky you can catch My Morning Jacket or Jim James for the annual Thanksgiving hometown get together. James, the frontman, songwriter, guitar player, and chief strategist for My Morning Jacket played a solo acoustic show to a sell-out crowd of his hometown fans Thanksgiving eve at the Palace Theater. 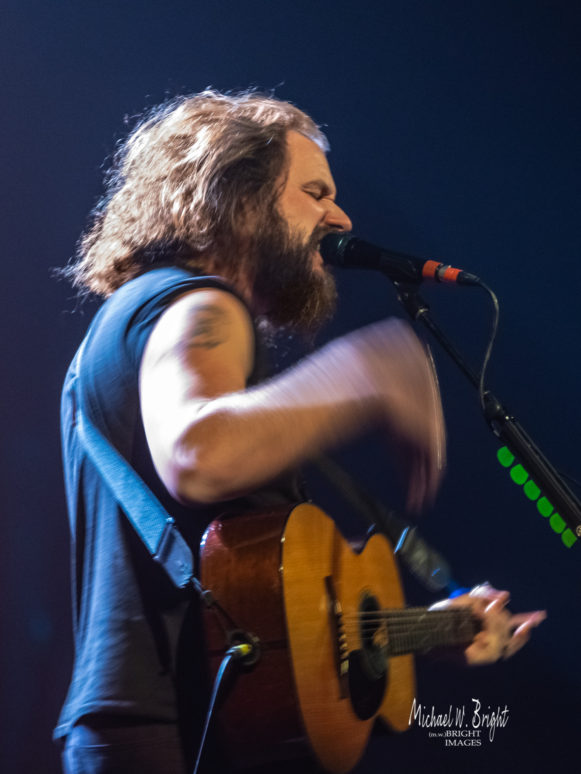 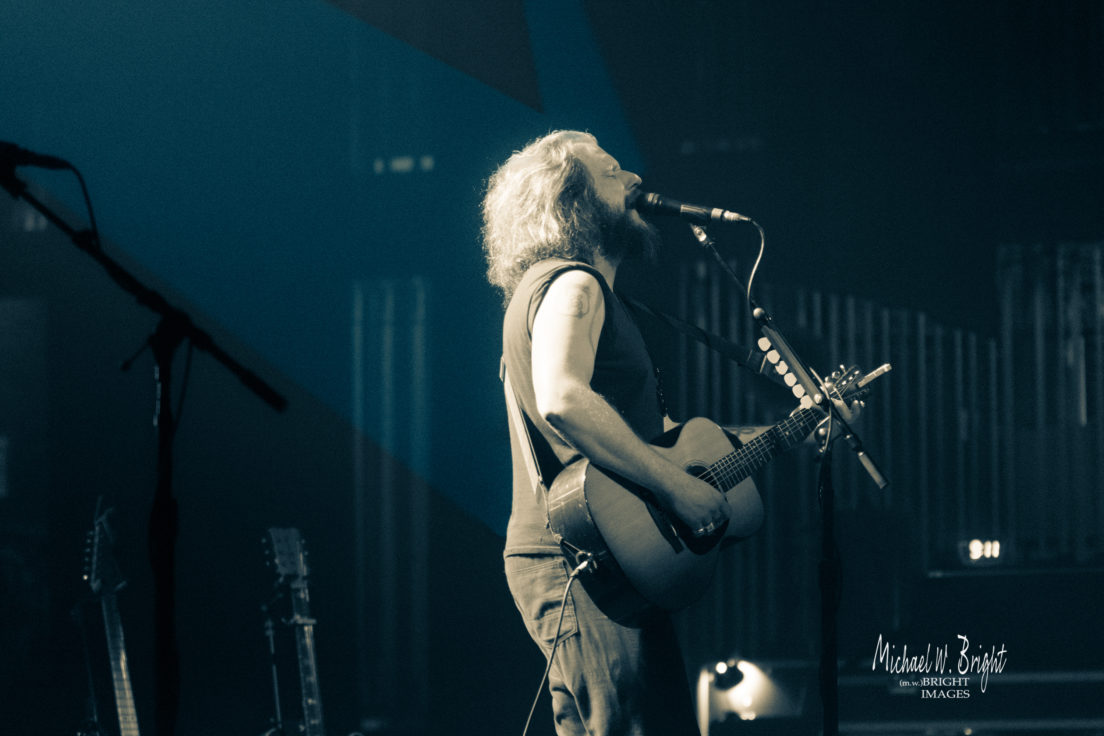 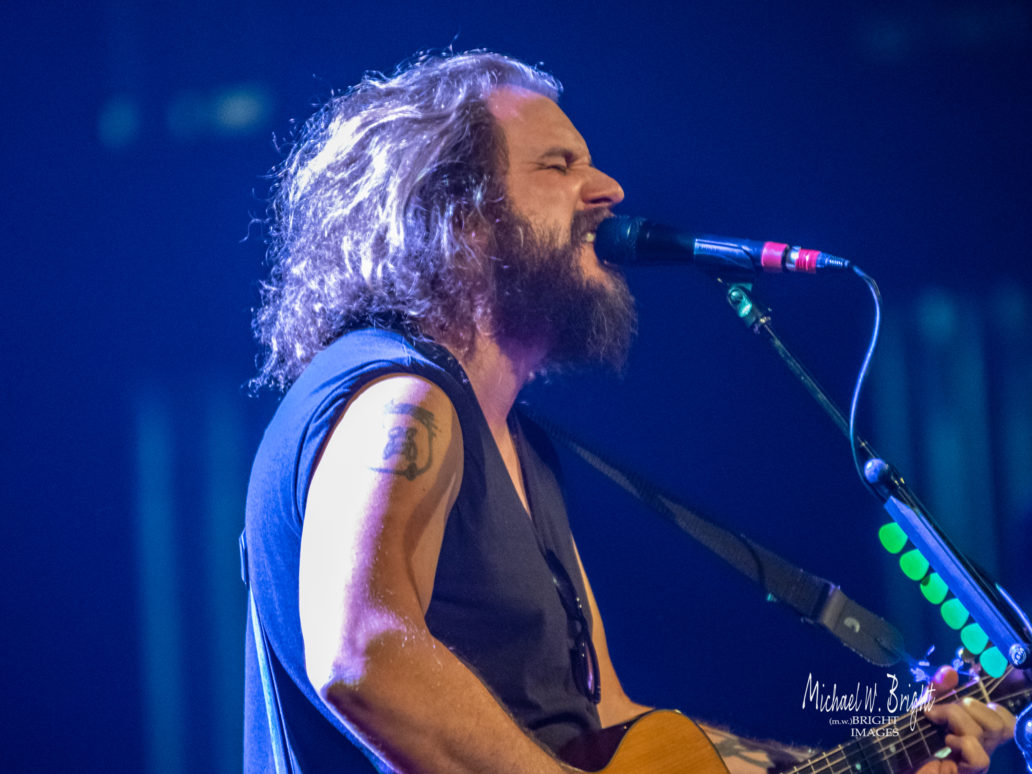 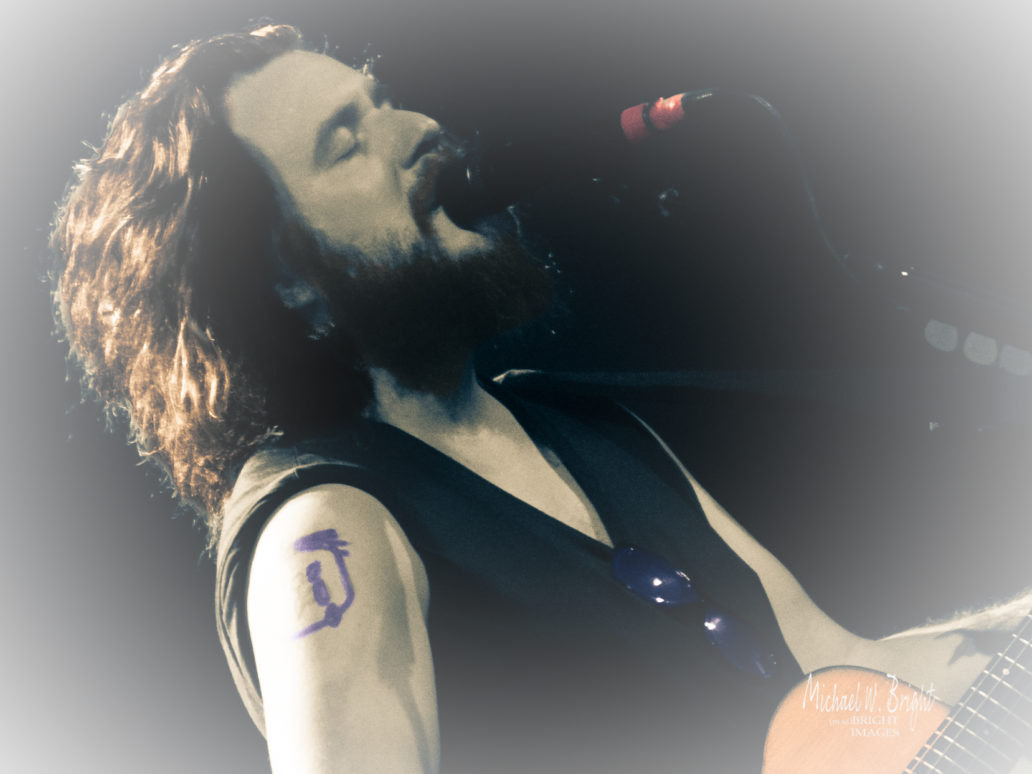 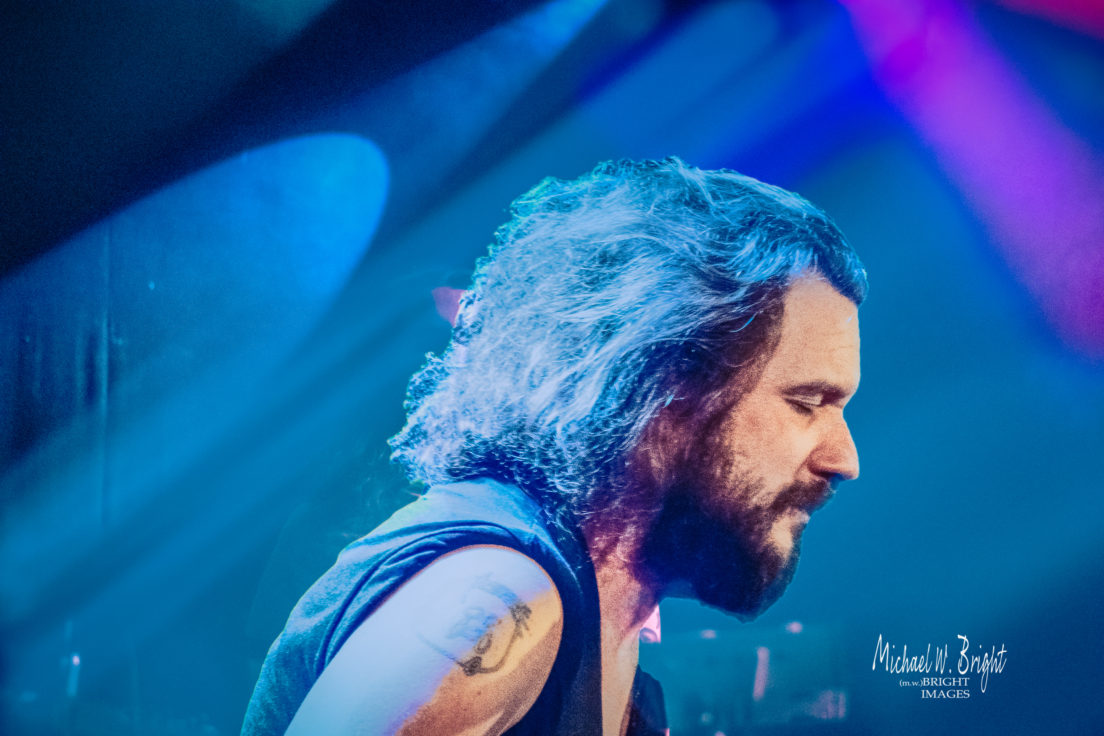 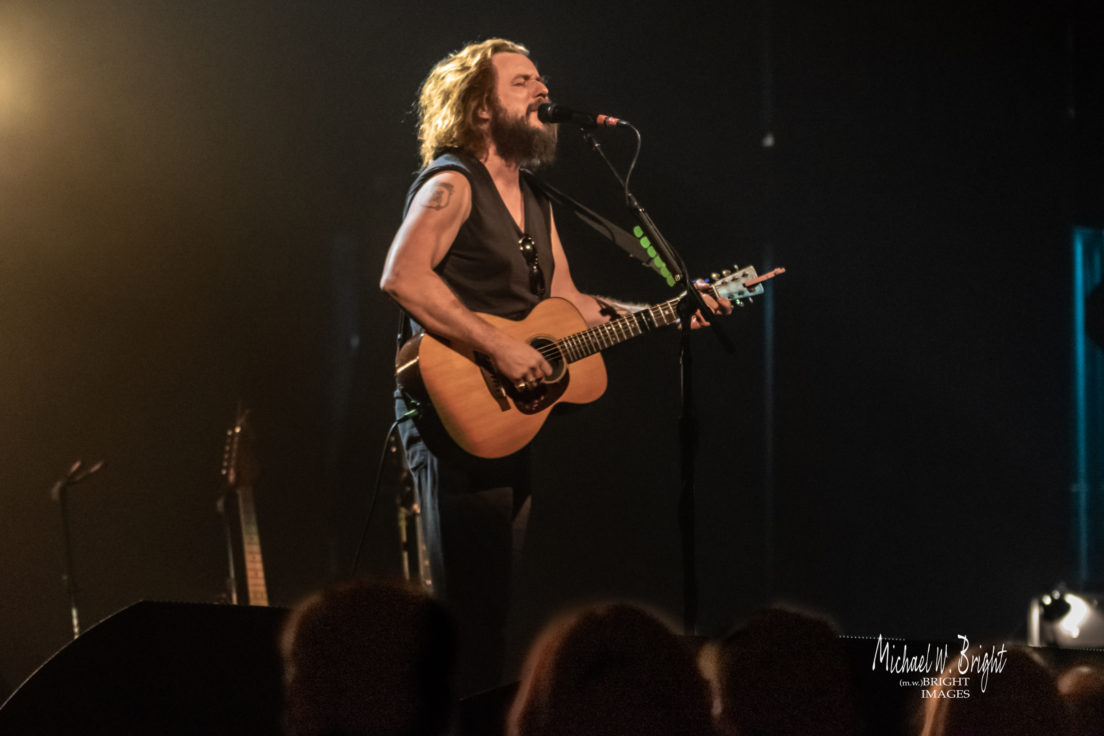 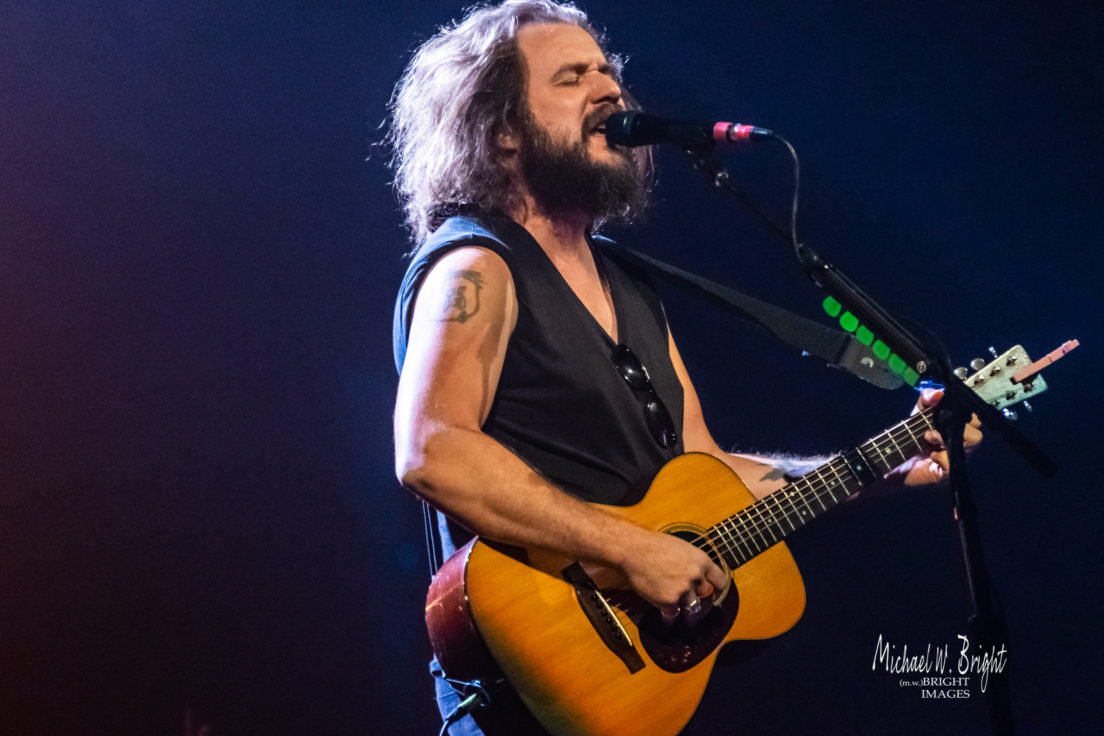 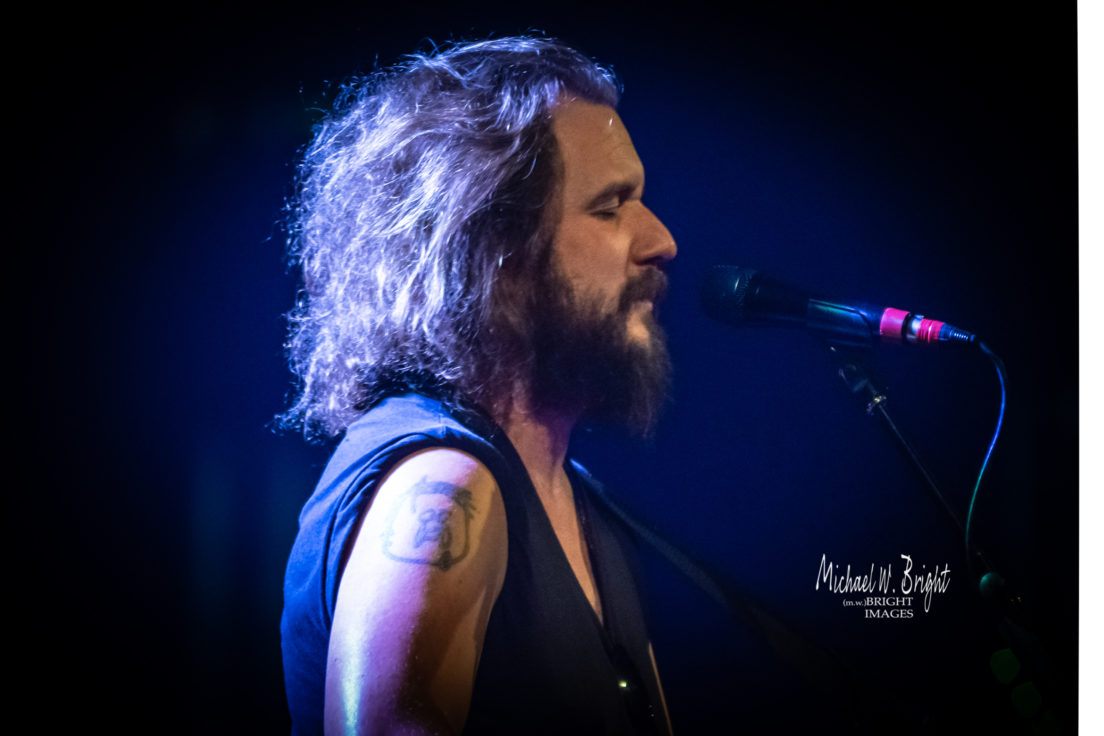 Barely moving from his spot in the center of the dimly lit stage, he went on early and stayed late, running through some twenty seven songs in what would be a two hour marathon.

Opening with, “I’m Amazed,” from My Morning Jacket’s 2008 release, Evil Urges, was a winning move that drew smiles and spotty applause from the audience of 2700 well-versed fans. The song had been MMJ’s first real taste of success, instantly recognizable, reaching number five with adult alternative album (AAA) listeners. He tucked his own, “You Get To Rome,” from June’s Uniform Distortion solo album in between another MMJ song, “Bermuda Highway,” going all the way back their second album, At Dawn, (2000), an album that drew some critical praise but remained relatively obscure. That would set the tone for the evening. From the scarcely played, “Rollin Back,” (MMJ) to covers like, “Changing World,” (New Multitudes), Jame’s choices treated the hometown crowd to deep MMJ cuts, eschewing some of the most familiar, and revealing more from this year’s solo album — and everyone was just fine with that.

This year’s Thanksgiving eve performance in Louisville put a period on James’ 2018 Fall Solo Acoustic Tour. Keep in touch with his upcoming plans at jimjames.com/news.