Atlanta, GA — Underoath and friends recently  graced the Tabernacle stage for a truly unforgettable evening on the Erase Me tour. 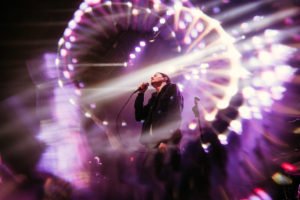 Our first opener of the evening made huge waves last year with their album Dispose and had everyone shouting along to “Feeling Nothing,” their album hit from last summer. The Plot In You is a 4-piece rock metal band originally from Ohio who’s become known for their forward thinking writing style and experimental composition. Their music and live performances brings fans on an emotional journey through highs and lows and everything in between. This show was no different, and was accompanied by a killer light show! 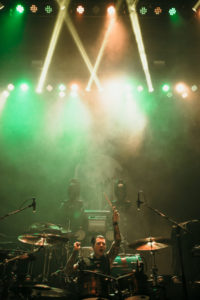 Next to hit the stage was another 4-piece rock band but this time from the state where everything is larger, Crown The Empire. This band is known for their high energy and very expressive vocalist, Andrew Velasquez. They brought so much passion into their entire set and had the crowd moshing and moving to each song. 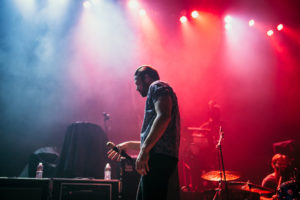 The last opener of the evening is one of the grooviest performances I have ever witnessed, Dance Gavin Dance. With their extremely unique sound and Pearson’s vocal range, this psychedelic screamo band from California has found their niche. Their electronic influences and mesmerizing light show had fans swaying along with the classics and encouraged the first crowd-surf of the evening. This proved to be a perfect transition for our final performers of the night. 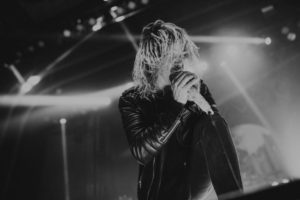 Our headliner for this show really needs no introduction. Underoath has been a band for over 20 years and have release 8 full length albums over two decades. Vocalist Spencer Chamberlain let fans know at the top of the set that the band would be playing a few favorite songs from each and every album to rock the night away. Their multi-level staging and light boards creating a high energy environment and put on an experience for the fans.

Halfway through the show, a massive pit opened up and at least two dozen fans crowd surfed while screaming along to every word. This was an energetic performance for all those in attendance, and was not one to have missed.