HAMPTON, VA: Back in the days of yore when MTV actually played music videos, many notable bands that may have not had an opportunity for the spotlight of national exposure were given airtime. Jimmie’s Chicken Shack arrived on the scene in 1996 with the single and video for “High”, off of their debut album Pushing the Salmanilla Envelope. Showcasing the high energy and funky groove of the band, their success was followed by three more single releases off of the same album, and their followup record was promoted in tours with such big names as 311, Red Hot Chili Peppers, and Fuel.

Currently touring the east coast, Jimmie’s Chicken Shack landed at The Vanguard in Hampton, Virginia on Friday night, with two talented local openers warming up the crowd. Hitting the stage at 11 PM, longtime fans immediately starting cheering and singing along with every song in the set. Now more polished but still performing with zest and enthusiasm, the band shows that 25 years in the game hasn’t slowed them down. 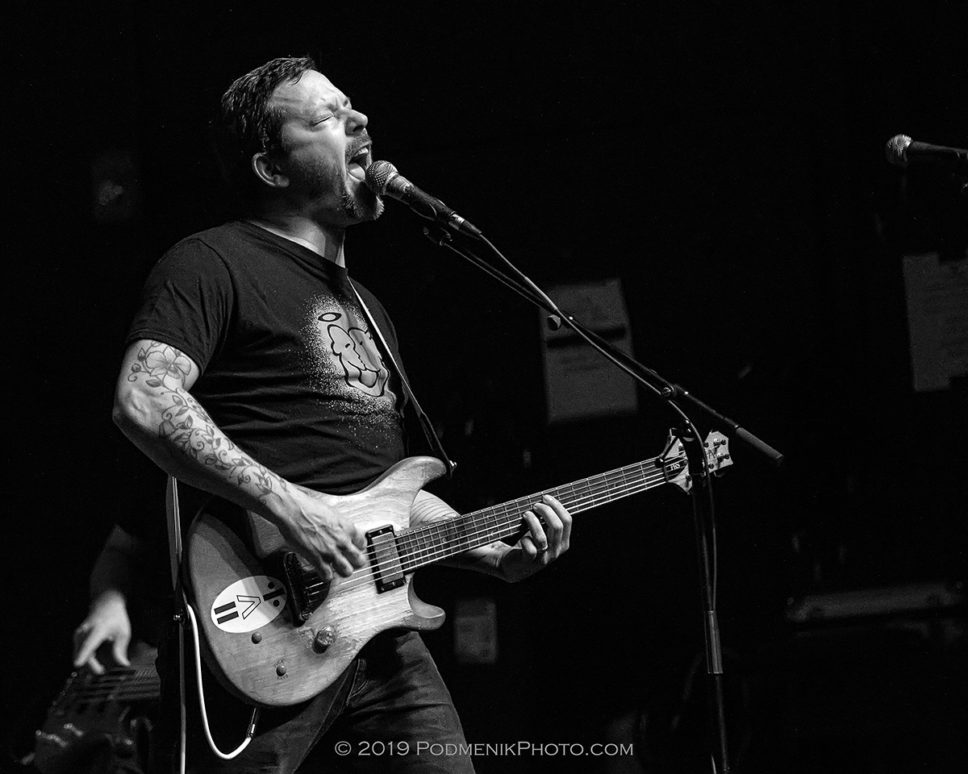 Check them at these upcoming dates: