PHOENIX, AZ — Boston indie rock trio Slothrust closed their five-week tour to a sold-out crowd at the Valley Bar, in Phoenix, on Friday night. The group was welcomed with open arms and cheering fans, as they made their first headlining appearance in Arizona. 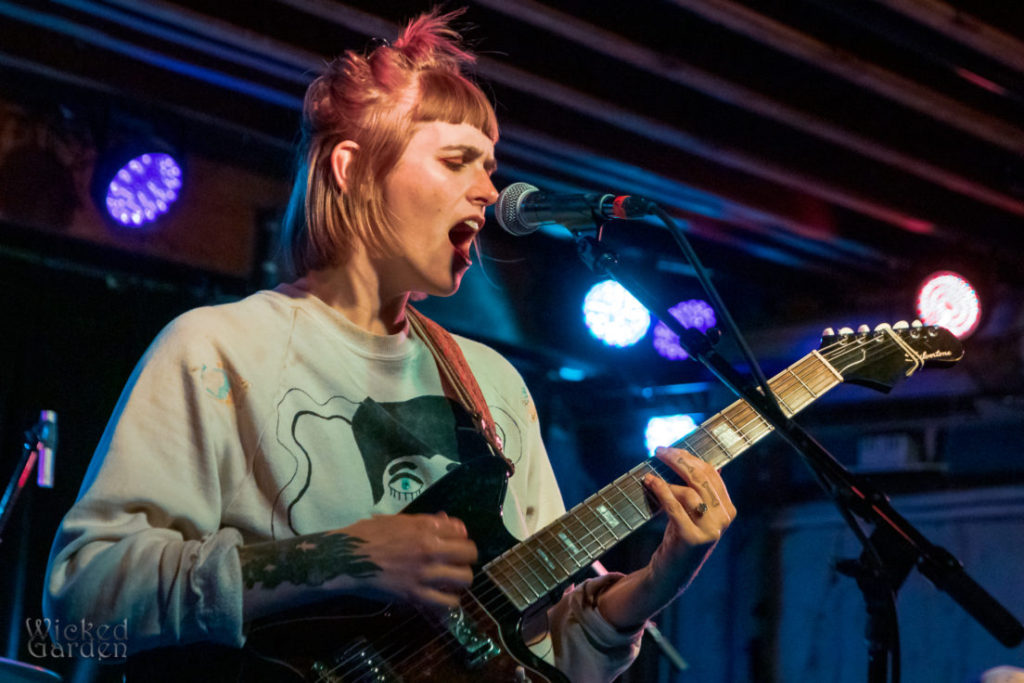 The show kicked off with a 30-minute set by the Massachusetts-based And the Kids, on the release day for their third album, When This Life is Over. Made up of vocalist / guitarist Hannah Mohan and drummer Rebecca Lasaponaro, the duo played through a handful of mid-tempo, melodic tracks, mostly from the new album. Fans were already familiar with their opening song, released as a single in 2017, called “2003,” as well as the crowd-pleasing 2018 single “Champagne Ladies.” 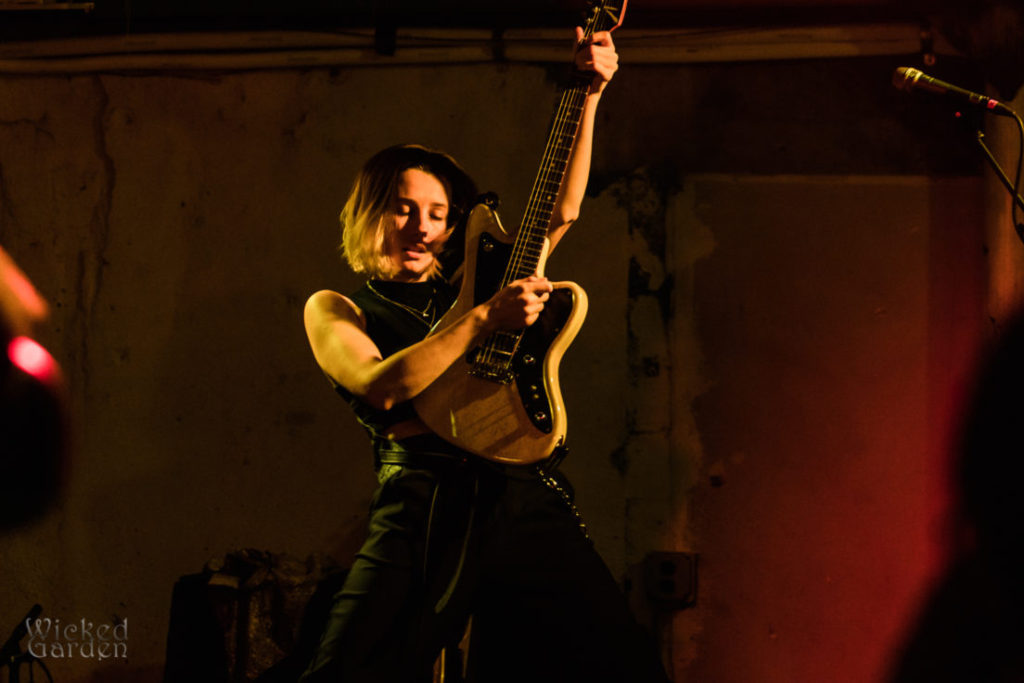 Following a short break, the three members of Slothrust took the stage, blasting quickly into the short, raucous instrumental track, “Surf Goth,” from their 2016 album, Everyone Else. Barely waiting for the dust to settle, they launched into “Rotten Pumpkin,” from the same release. Following the pair of older tracks to warm the crowd up, they began tearing through songs from their new album, The Pact, released in late 2018. Before the evening was over, they would play through all but two songs from the record. Vocalist / guitarist Leah Wellbaum, with her unassuming yet magnetic stage prescence, led the trio through newer tracks like “Peach,” “Birthday Cake,” and the crowd-favorite, “Double Down.” 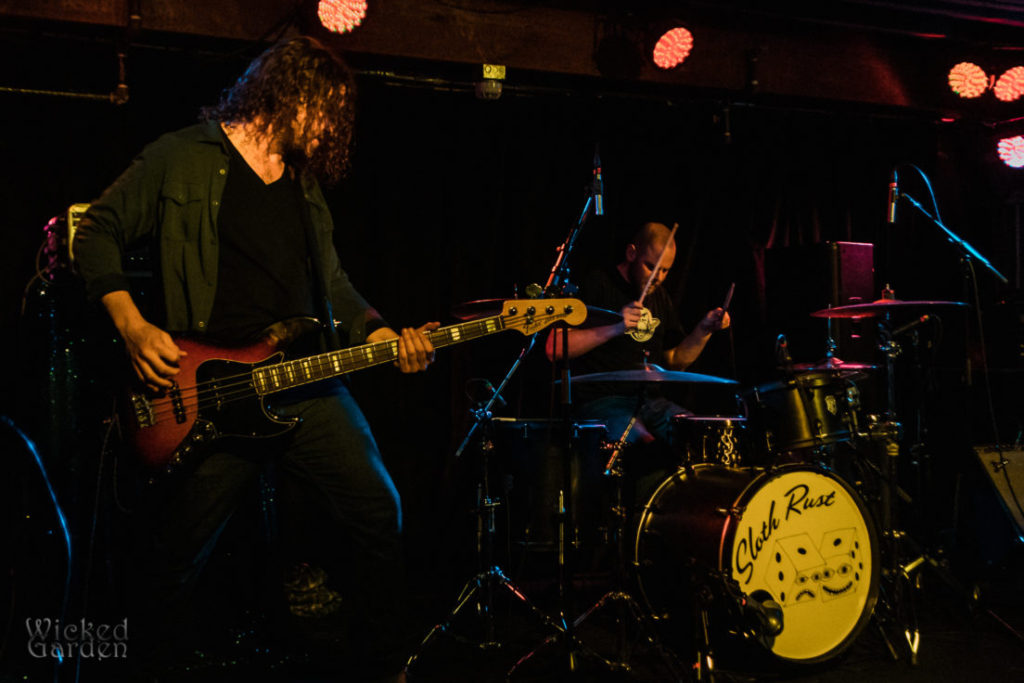 Wellbaum left the stage briefly, to allow the rhythm section of bassist Kyle Bann and drummer Will Gorin to take the audience on a wild ride with an instrumental medley of 90s covers, including recognizable melodies by the Backstreet Boys, Lit, and Sugar Ray. When she returned, the group played “Fever Doggs,” also from the new album, before she revealed that the song’s title was taken from the fictional song of the same name in the movie Almost Famous. The band sprinkled a few older songs into their set, including their take on Marcy Playground’s “Sex & Candy” and their encore, “Crockpot,” one of three songs of the evening from their 2012 album, Of Course You Do.

Watch for Slothrust to hit the road again at the end of March.