Cincinnati, OH – It was a sold-out show on this rainy Cincinnati evening.  The weather did not deter fans, who swarmed in full force, most wearing Coheed and Cambria t-shirts of varying vintage, inching closer to the stage as the night wore on.

Opener Maps & Atlases performed first. From Chicago, this indie (with hints of folk) rock band is promoting its 2018 release, Lightlessness is Nothing New.  Band members Dave Davison, Shiraz Dada and Chris Hainey offered a smooth set to ease the crowd into the night’s musical adventures.

But, of course, most of the fans were there to see progressive metal headliner Coheed and Cambria.  The band is currently promoting their October 2018 release, The Unheavenly Creatures, the newest (and 8th) studio album installment in their continuing sci-fi saga of The Armory Wars, a tale created by Coheed and Cambria front man Claudio Sanchez.  The story follows husband and wife, Coheed and Cambria, and their son, Claudio, in the planetary world of Heaven’s Fence.  In fact, The Armory Wars is also the subject of a comic book series. Check Amazon for some of their books!

The band performed a full 17-song set that included a two-song encore.  Each song was welcomed by enthusiastic applause…this was a throng of fans that knew the lyrics to every song.  Sanchez, with his trademark long hair flying dramatically with each head bang, gave a full-on powerful performance.  After a few songs, he left the stage and re-entered with his hair pulled back, and sang quiet, melodic selections.  It was like watching a different performance, equally mesmerizing.  Within a few songs, though, the hair returned as more fierce musical selections followed.

Cool fact… near the close of the set, Sanchez asked the audience where they thought the guitar he was using came from.  He answered that he purchased it that very day from the shop next door to Bogart’s.  Sanchez even quipped that if the manufacturing markings were correct, it was made on his brother’s birthday.

The encore closed with “Welcome Home,” where Sanchez performed with his double-neck guitar.  Pretty amazing stuff.

All in all, a terrific evening for this sold-out assembly of devoted fans.

Coheed and Cambria move on to Europe in March, but their tour scheduling is constantly evolving.  Check their website for updates: https://www.coheedandcambria.com/tour. 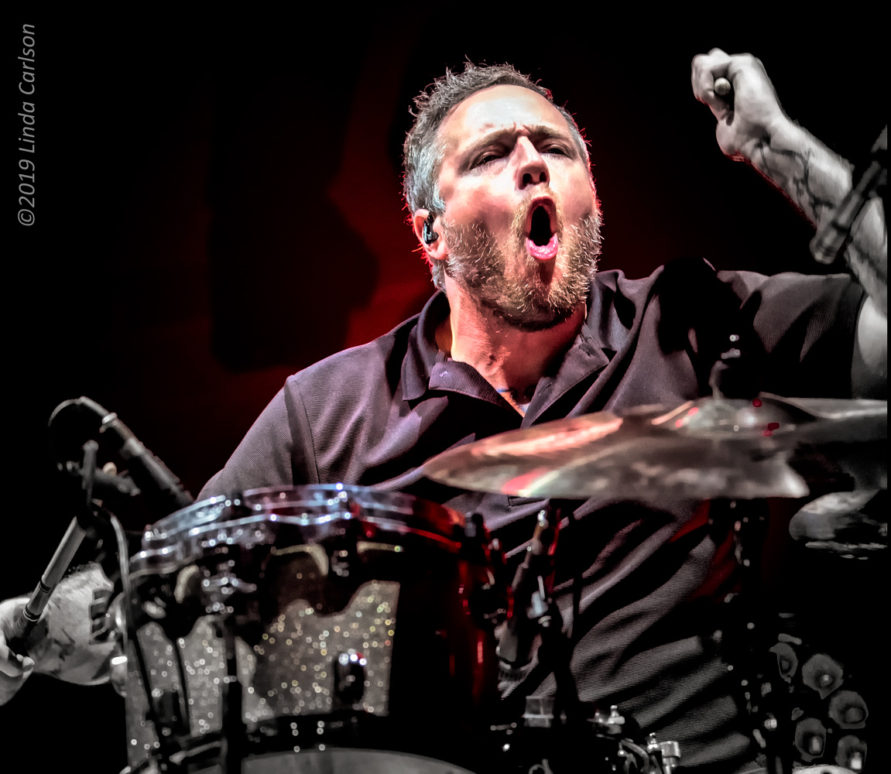 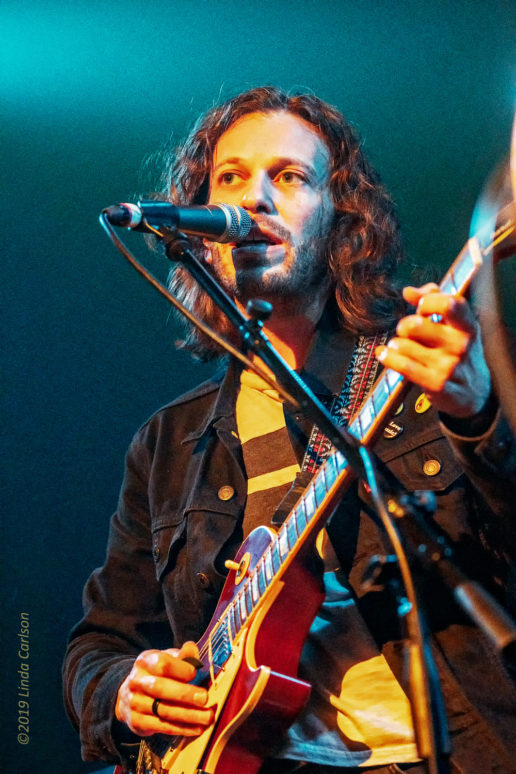 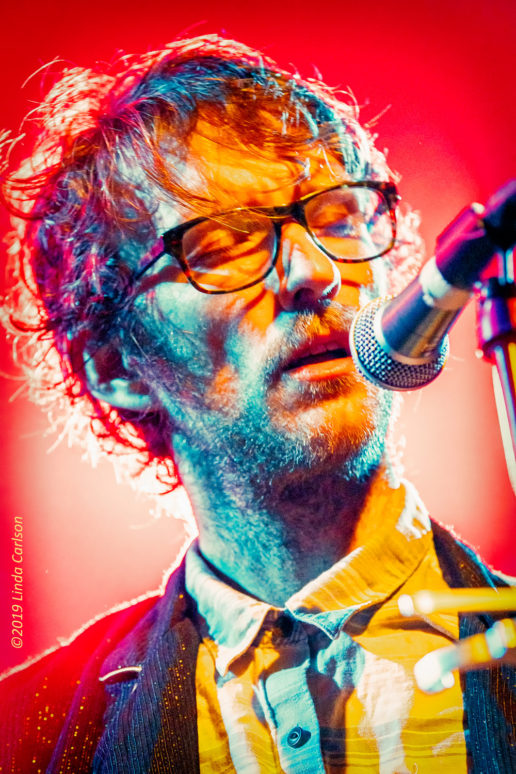 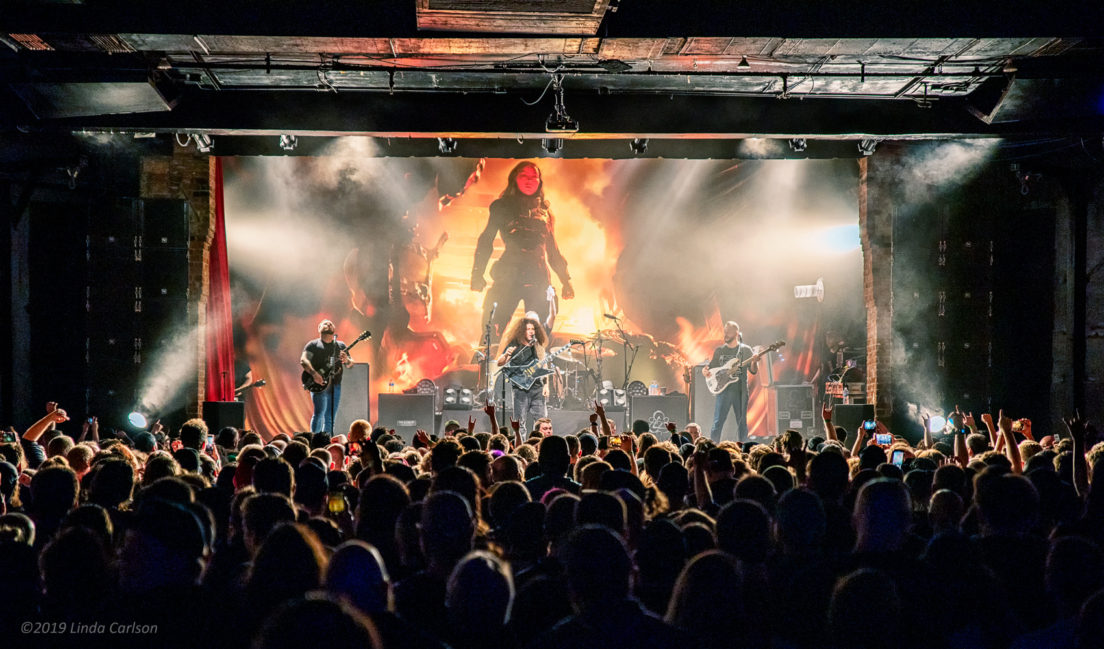 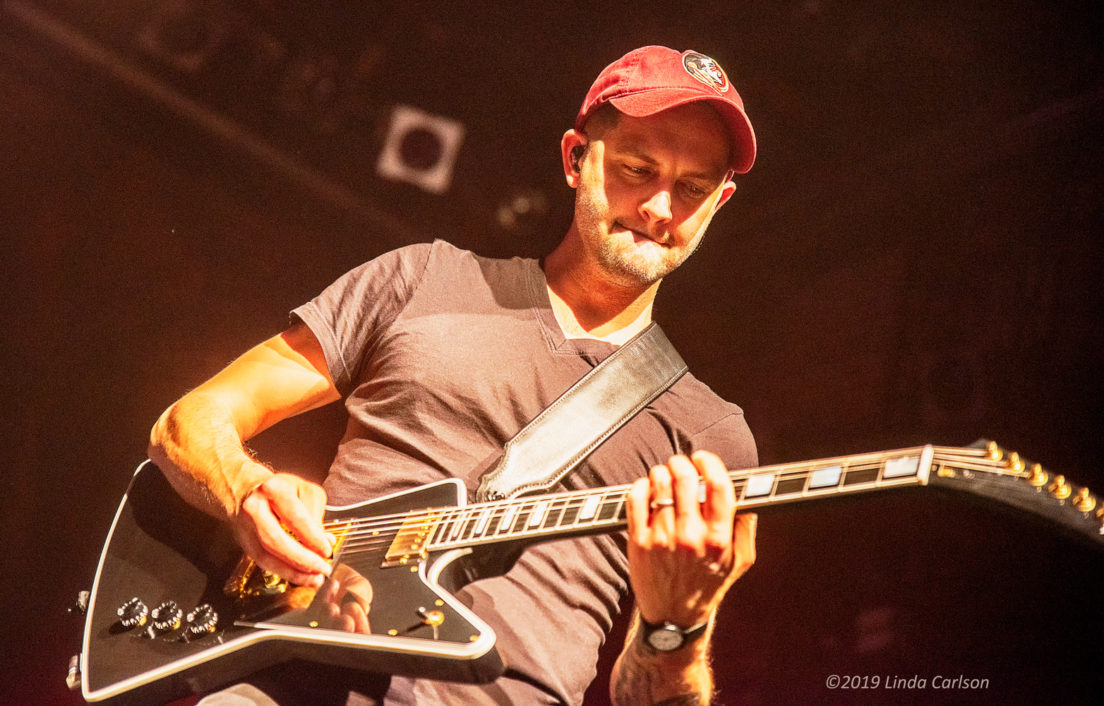 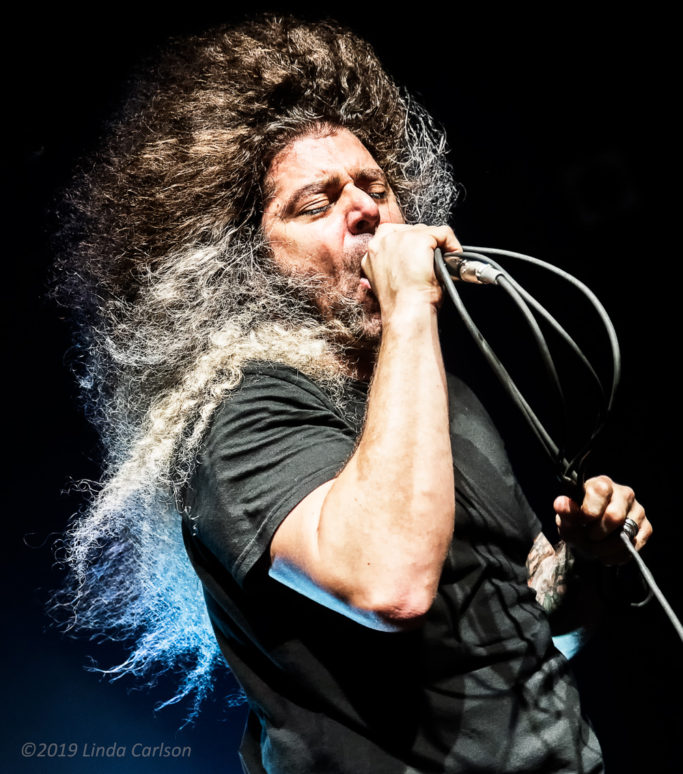 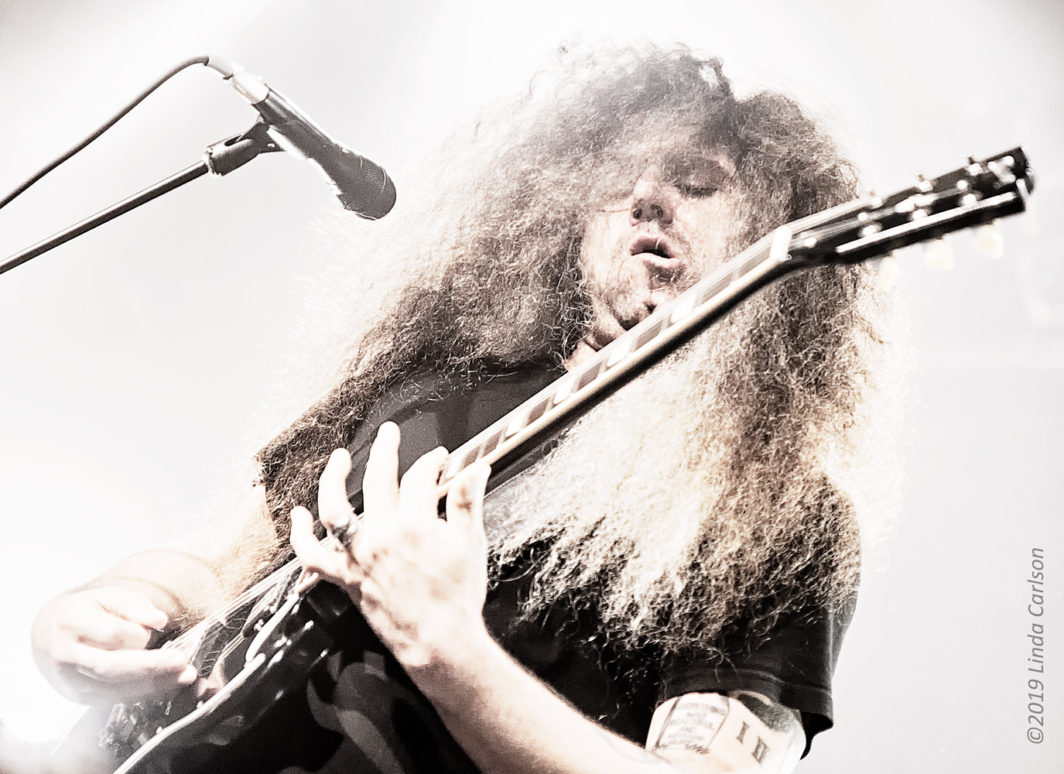 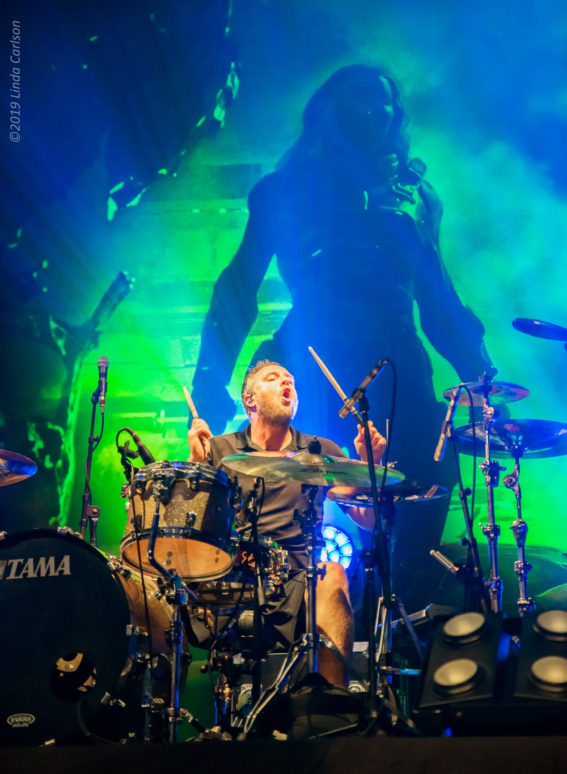 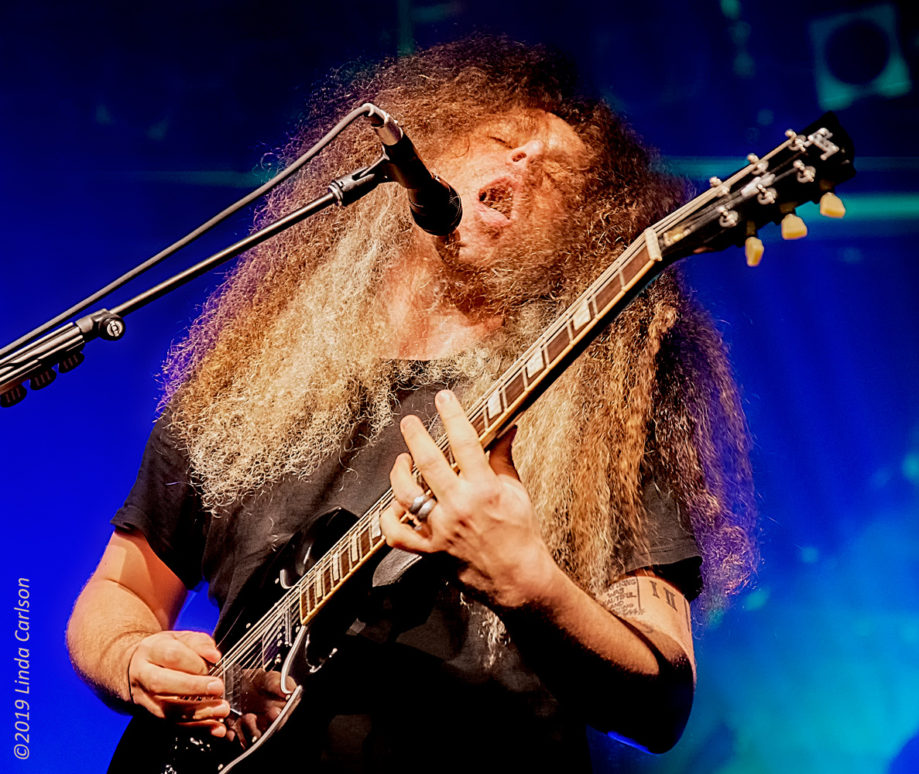 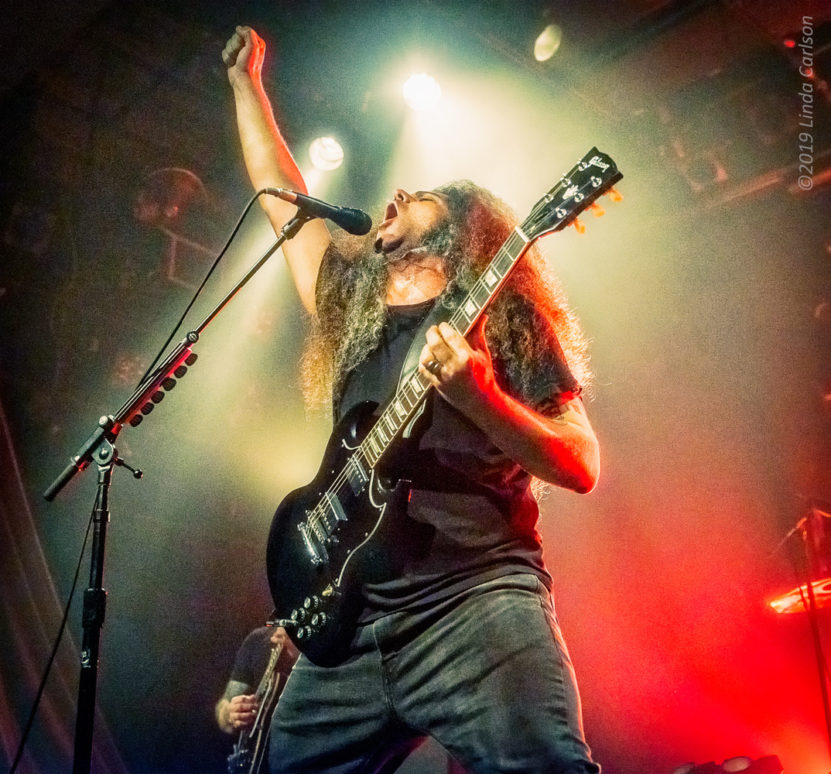 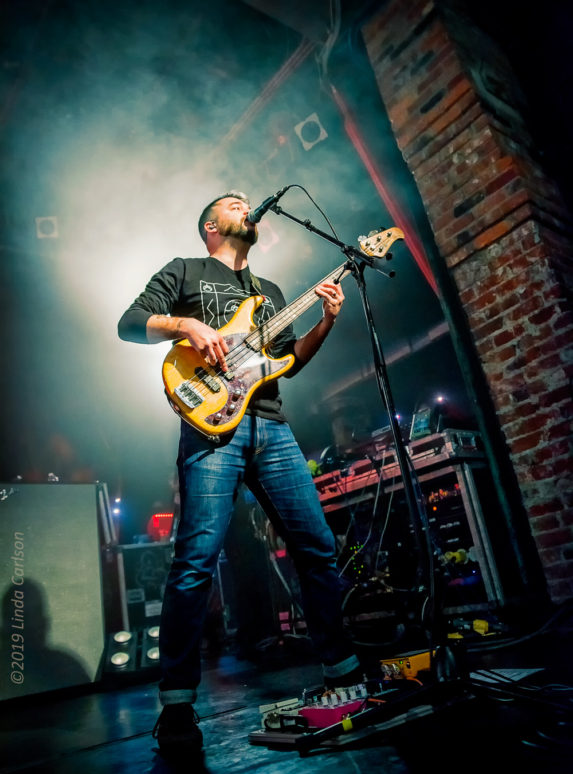 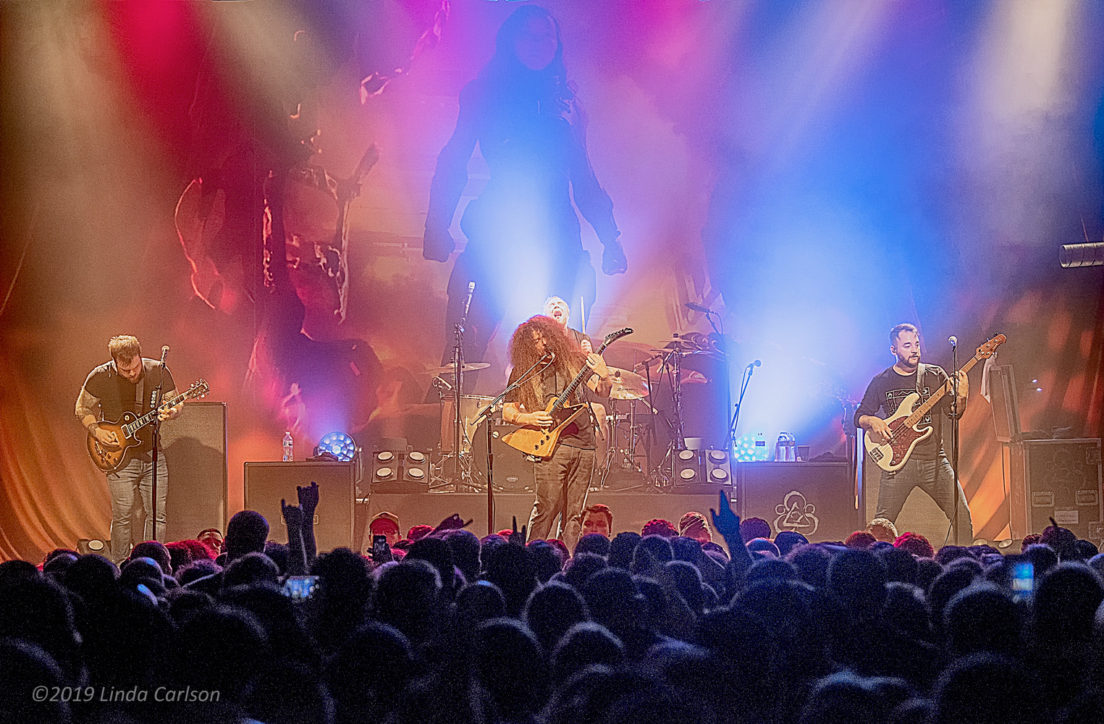 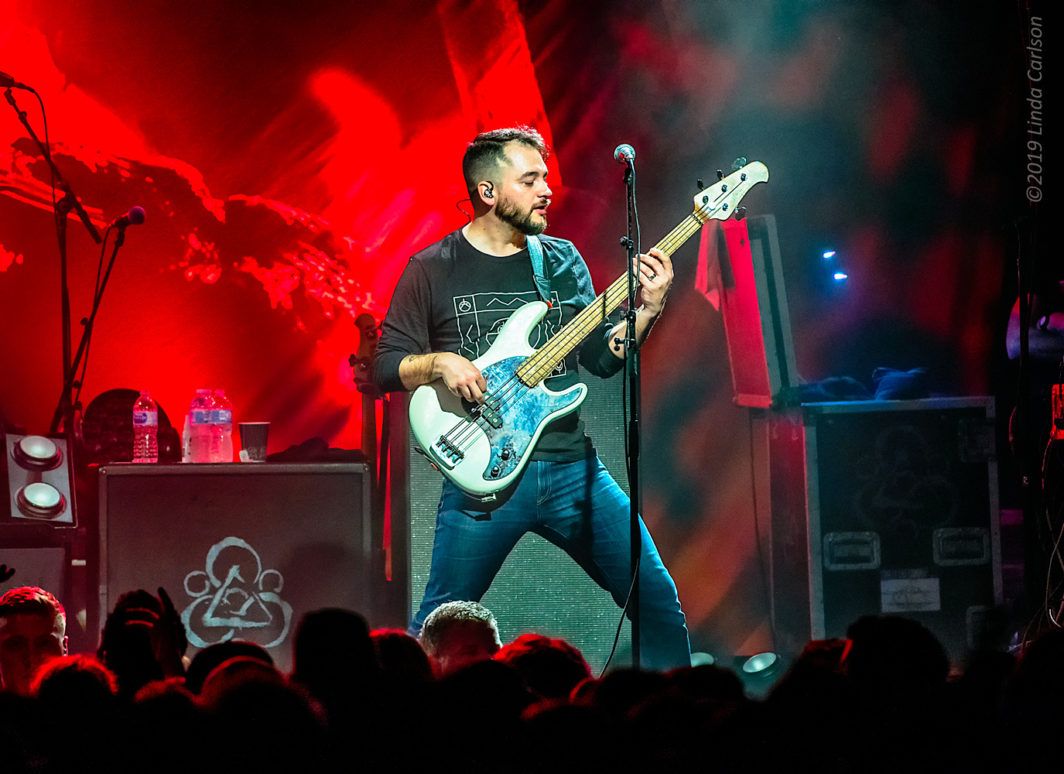 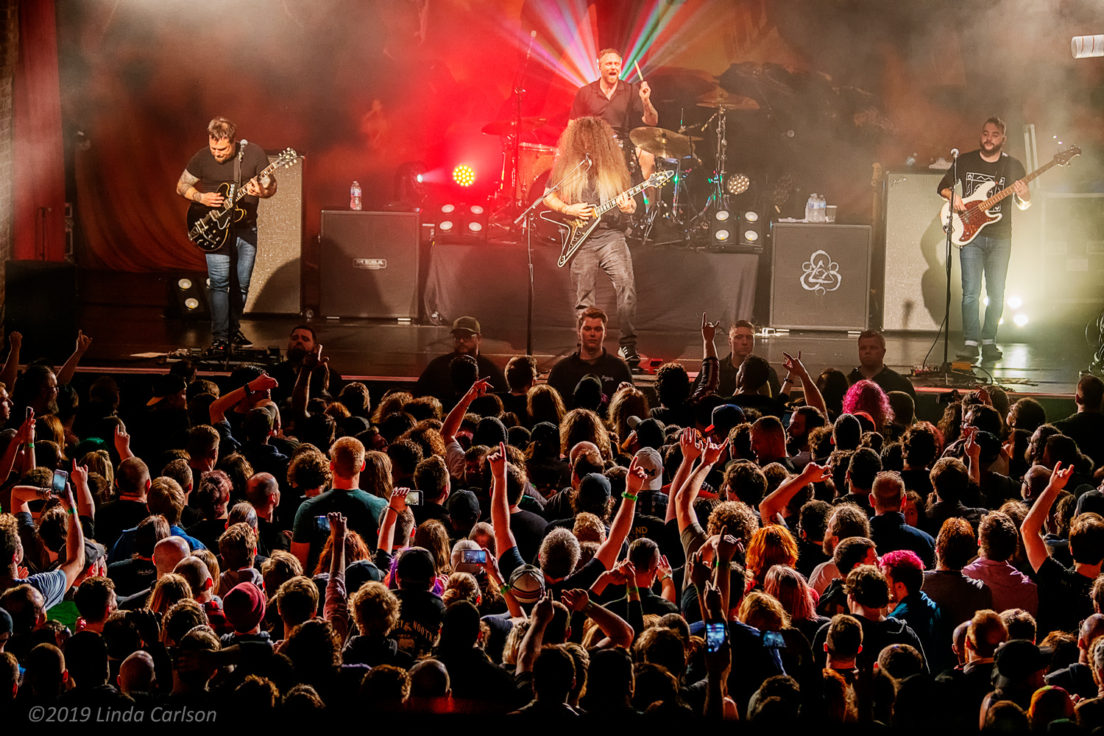 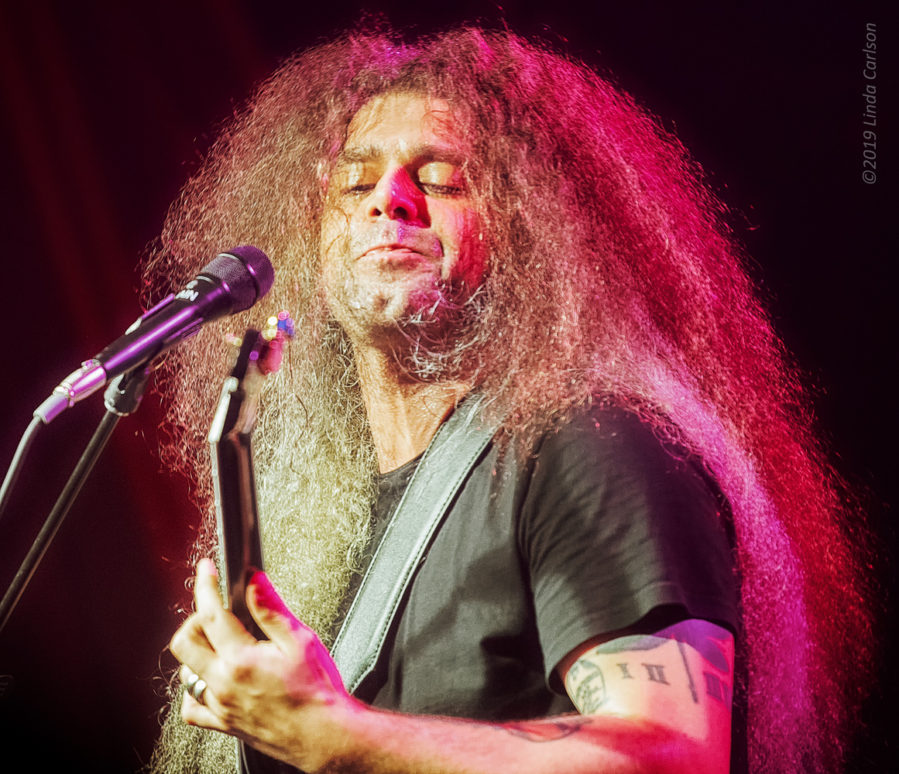 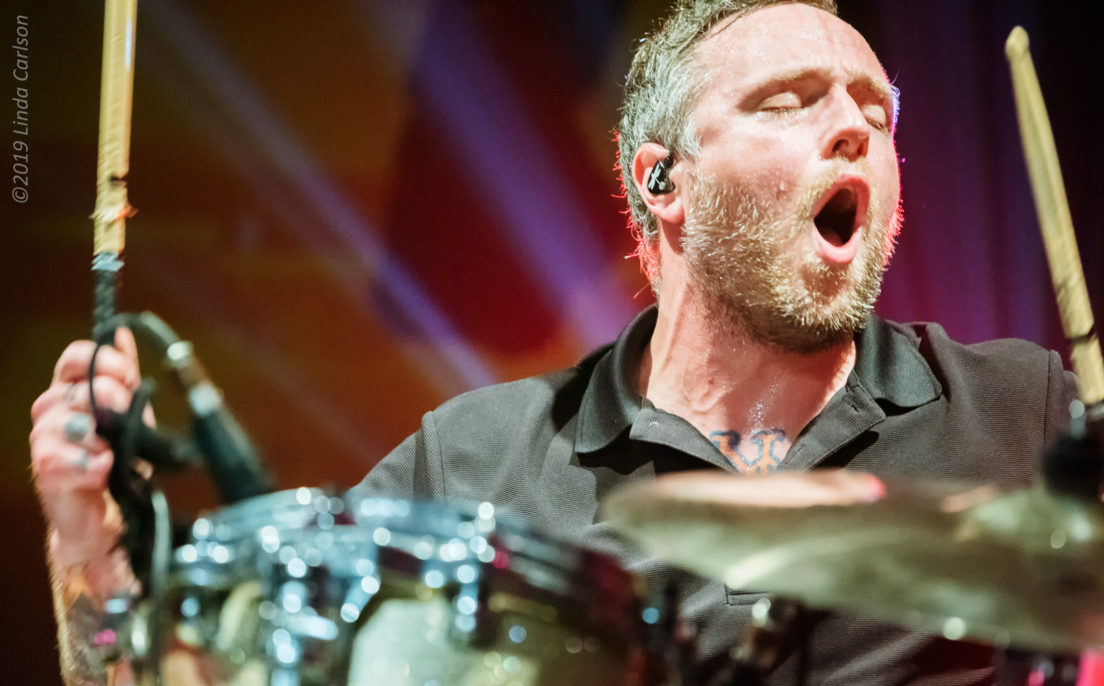 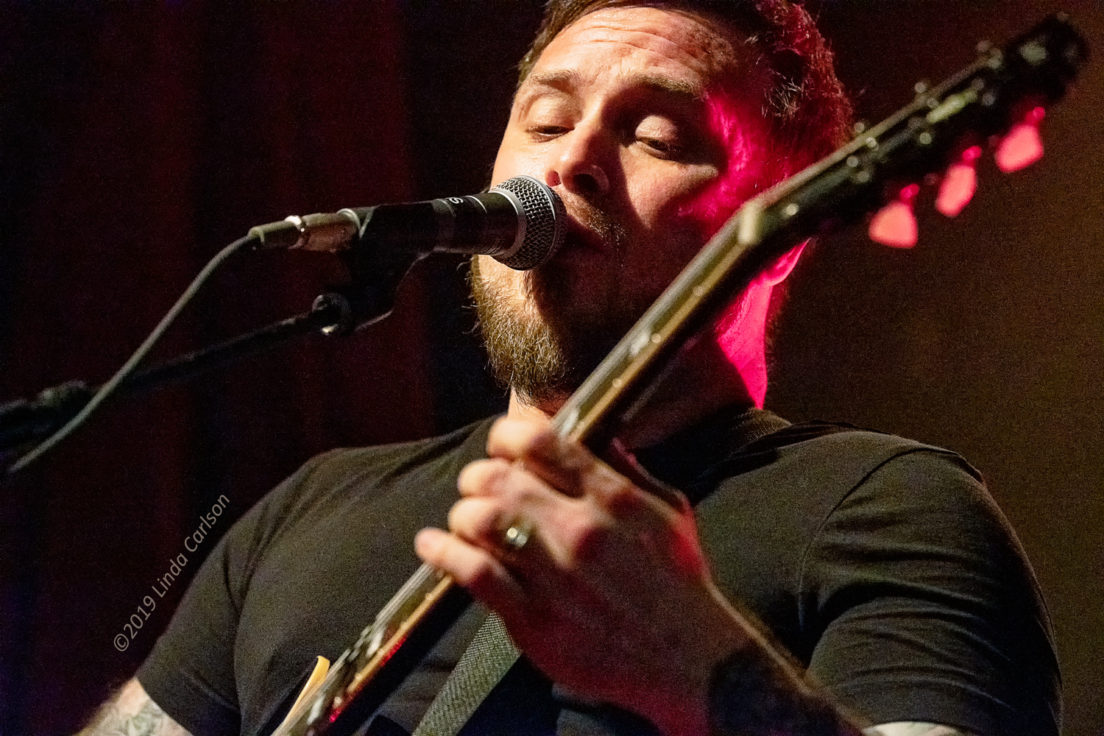 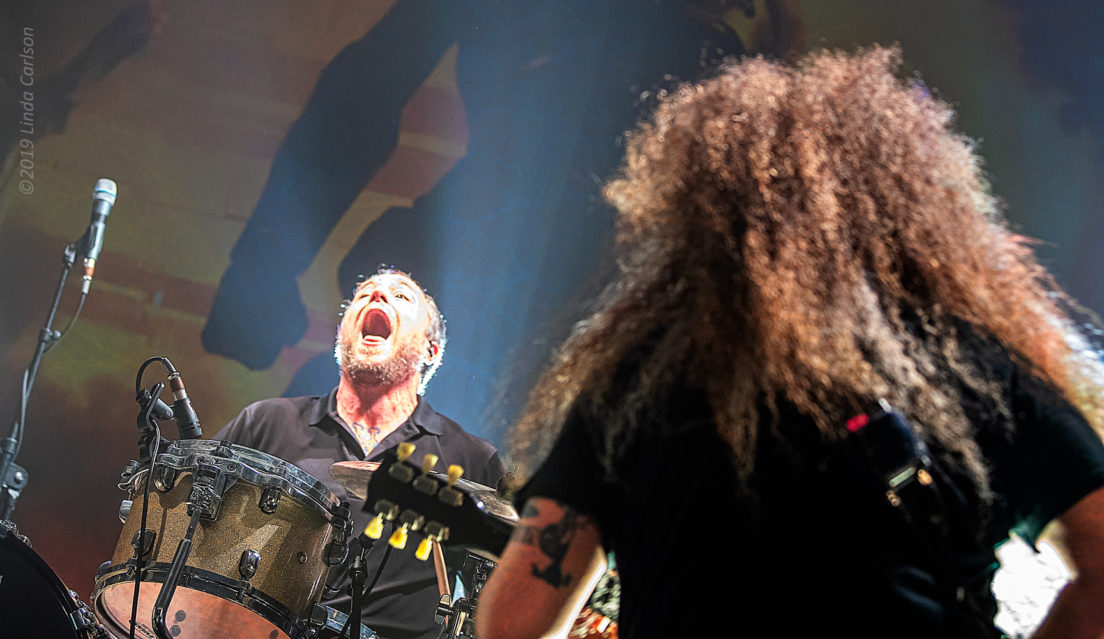 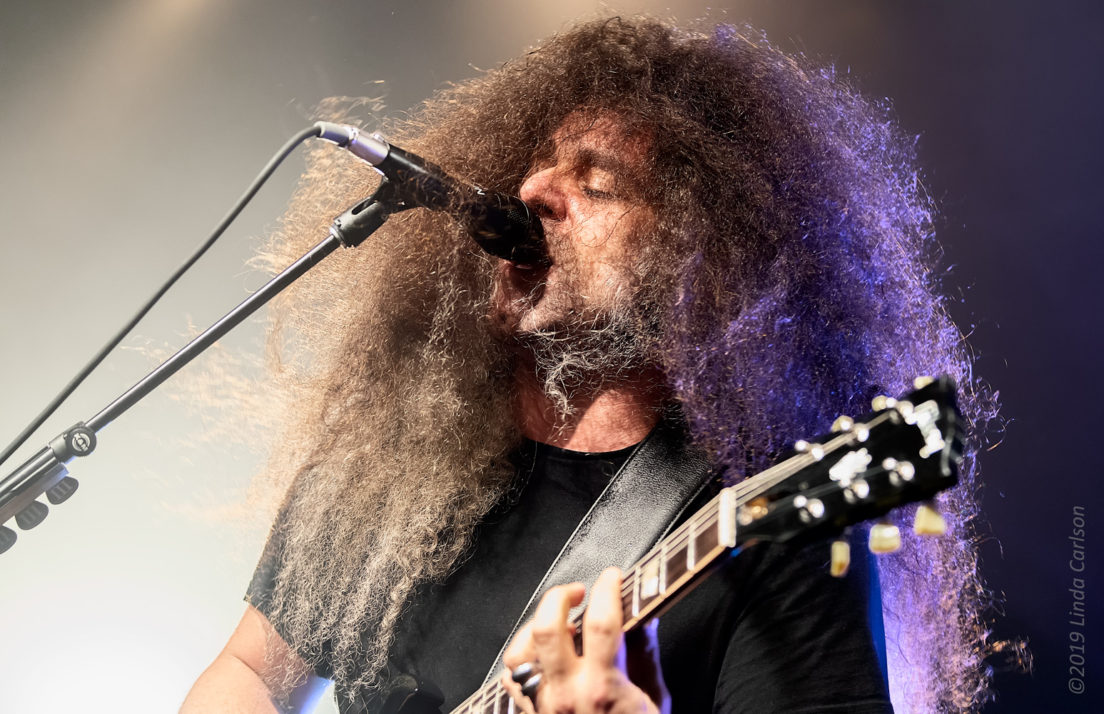 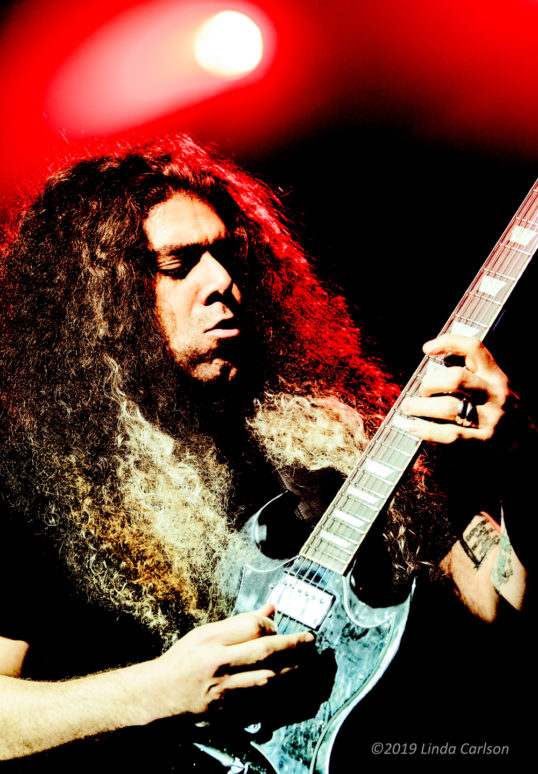