Louisville, KY — Adrian Belew was clearly having as much fun as everyone who came to see him at Zanzabar this night. He stepped away from his role in King Crimson as Robert Fripp’s historically singular guitar mate for his own tour with three hand-picked pros at his side, occasionally billed as the, “power trio.”

Shaking and thrusting his guitar at the folks barely three feet in front of him, he was bending strings, notes, appearing even to stretch the guitar neck. Without saying, “Boy that felt good,” he was clearly pleased, sometimes looking quite surprised at the sounds he coaxed from his alienesque silver Parker Fly axe. The sell-out crowd at the club was ecstatic, not just with his awesome skills, but equally with the chosen setlist. 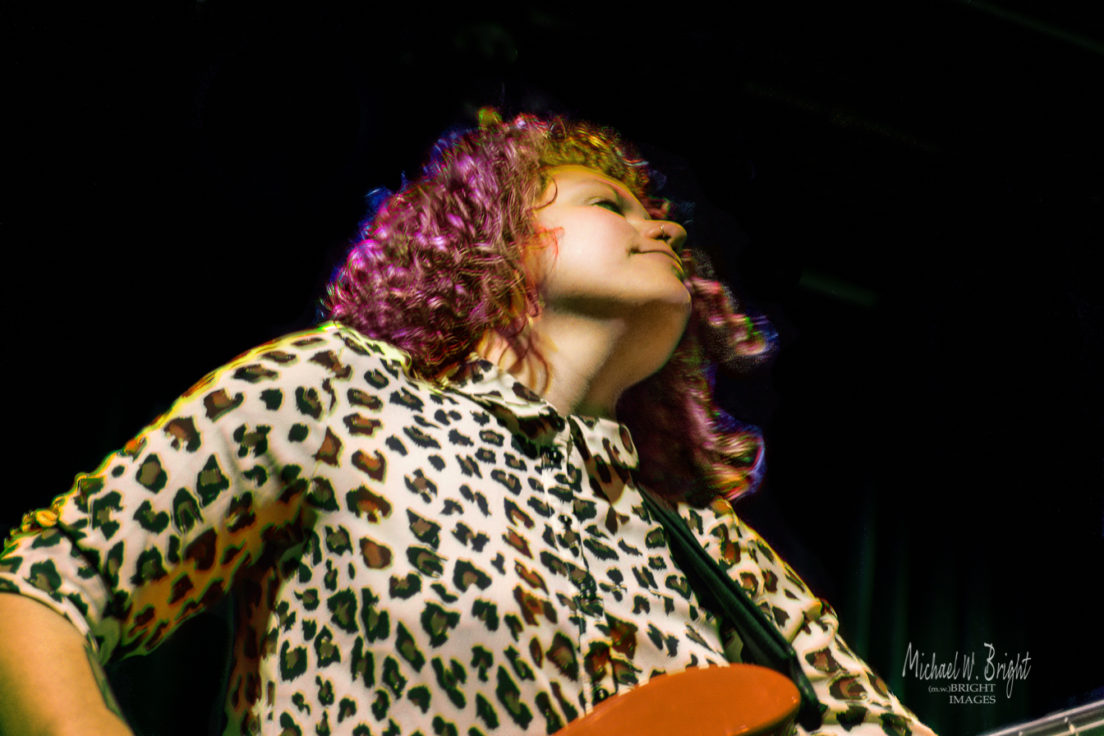 Belew’s legendary guitar prowess for some Crimson devotees is capsulized in the three pivotal albums that he helped guide under founder Fripp’s infamously critical eye. His vocals, writing, and playing beginning with 1981’s, Discipline, 82’s, Beat, and 84’s, Three of a perfect Pair, mark a rejuvenation point in the band’s 50 year history (being currently immortalized in their world tour, sans Belew). The setlist reflected those extraordinary contributions. Some 27 songs divided into two immersive sets included seven Crimson songs from the time period. Belew opened with, “Matte Kudasai,” the gorgeous, sleepy, slider from Discipline, which marked the highest charting single of only twelve that the progressive band ever released (#76). “Neal and Jack and Me,” “Frame By Frame, ” Three of a Perfect Pair,” and “Sleepless” fulfilled everyone’s greatest expectations. Belew even included a Frank Zappa cover, “City of Tiny Lights,” one of his many participatory projects in his second set.

Information about his future plans are included at http://adrianbelew.net/tour/.