Columbus OH – Blue October has been sharing the journey of frontman Justin Furstenfeld since 1995.  Through albums like Consent to Treatment, History for Sale, Argue with a Tree, Foiled, Any Man in America, Sway, Home and their current release, I Hope You’re Happy, fans have experienced Furstenfeld’s wildly tumultuous personal story, wrought with intensely powerful emotion that has always seeped into the band’s stage performances.  Often riddled with angst, anger, frustration, helplessness and pain, fans tapped into their own, similar feelings.  This connection has forged a fan base that has remained intensely loyal.

This was evident at the concert in Columbus.  Half an hour after the doors opened at the Newport Music Hall, the line of concert-goers still snaked several blocks down the street, and seemingly continued to grow as showtime neared.  A brief look at those coming to the show was revealing.  For a band that has spanned more than 20 years, it was not unexpected to see some folks with tinges of gray at their temples.  These fans have been following Furstenfeld’s journey for years and continue to want more.  What was interesting was the number of young people flocking to experience a Blue October show.  The venue is adjacent to The Ohio State University, and the number of young people at the show is a testament to the connection that Blue October continues to make with contemporary audiences.

Opening on this night was Mona, who hit all the right marks.  The venue, originally a stately movie theater, is cavernous.  The band’s music, beautifully performed, enveloped the very corners of the room.  Bravo to this band, whose lead singer (Nick Brown) is from nearby Dayton, Ohio.  Catch them if they come to town…they are wonderful.

Blue October band members quietly took the stage in darkness.  Furstenfeld entered last and stood center stage when the blue floodlights beamed on him from behind.  The crowd roared.  The band played fan favorite after fan favorite (their repertoire is immense), beginning with “I Want It,” “Amnesia” and the ever-captivating “Jump Rope” (to which you MUST smile).  Furstenfeld spoke frequently to the audience, so often proclaiming loudly, “I love you all!”

You see, despite the years of tumult and pain, Furstenfeld finds himself, as the latest album announces, happy.  After years of chaos and uncertainty in his personal life, he is at a good place at last, and he is sharing this feeling, as he previously shared his stages of pain, with his fans.  With his close-cropped hair and leather jacket, he is fit and exudes self-confidence.  Before performing “Into the Ocean,” he wistfully reflected…what had he been thinking?  Jump into the ocean?  The years of experience and conflict have fostered a new wisdom and perspective, and he has the presence of mind to mildly mock himself.  It was priceless.

A thread throughout the evening’s performance was the mystical, hauntingly beautiful strains of the violin, performed with a flourish by Ryan Delahoussaye.  It adds a layer of delicate complexity that is so identifiable in a Blue October song.

Following the 14-song set was an extended encore.  First, Furstenfeld took to the stage alone (with his guitar) and performed an acoustic compilation of songs, quietly singing such iconic songs as “Hate Me.”  Performed this way, almost as a whisper, he brings to the song a new life, no longer laced with pain.  It is thus a peaceful song.  Brilliant.  After the acoustic set, the rest of the band joined onstage for several songs, ending fittingly with “I Hope You’re Happy,” a wish bestowed upon the audience as a concluding thank you.

A Blue October concert is a rich experience.  Check the band’s website for a stop near you:  https://www.blueoctober.com/#tour 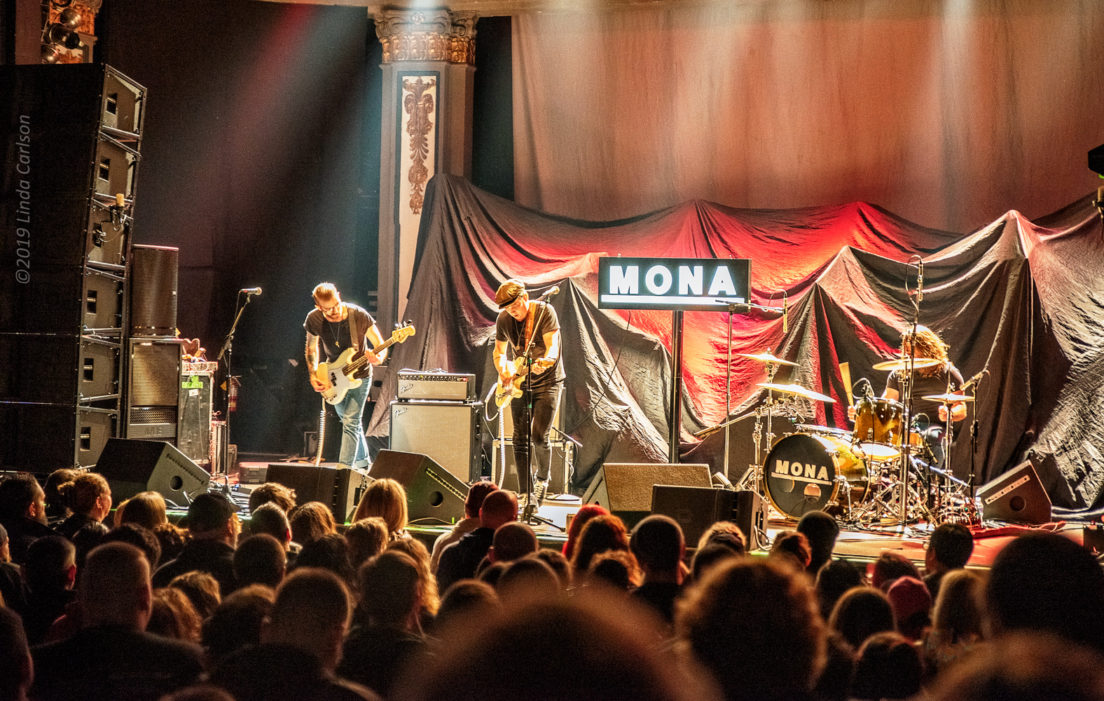 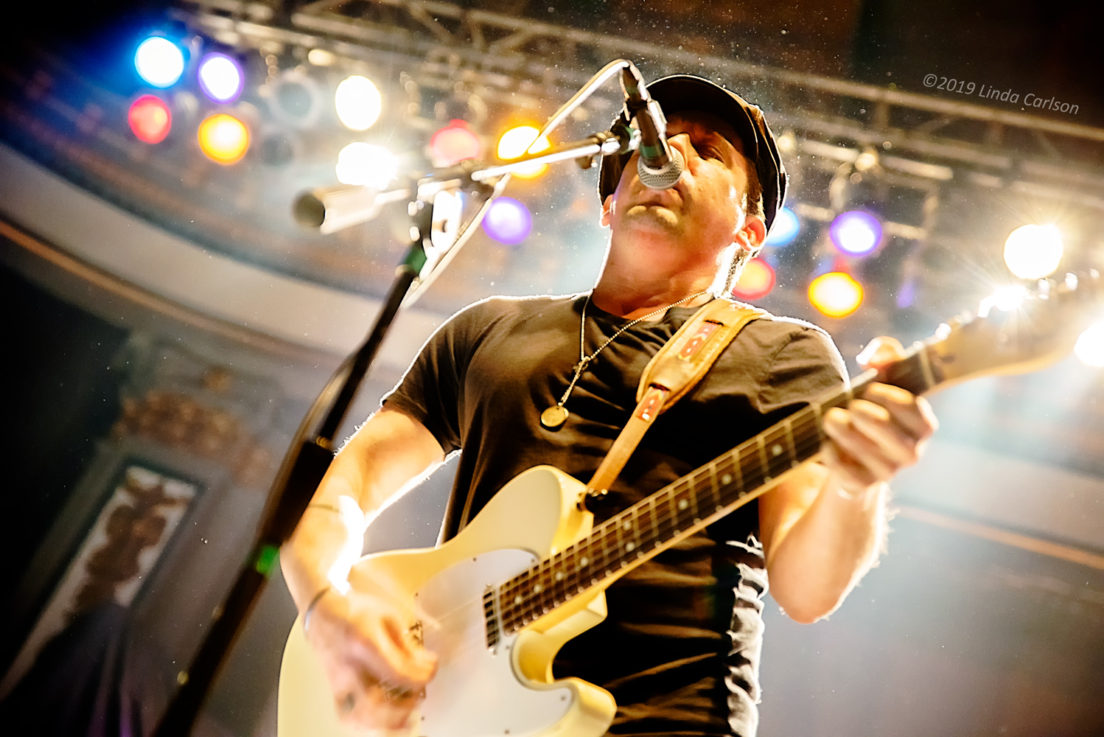 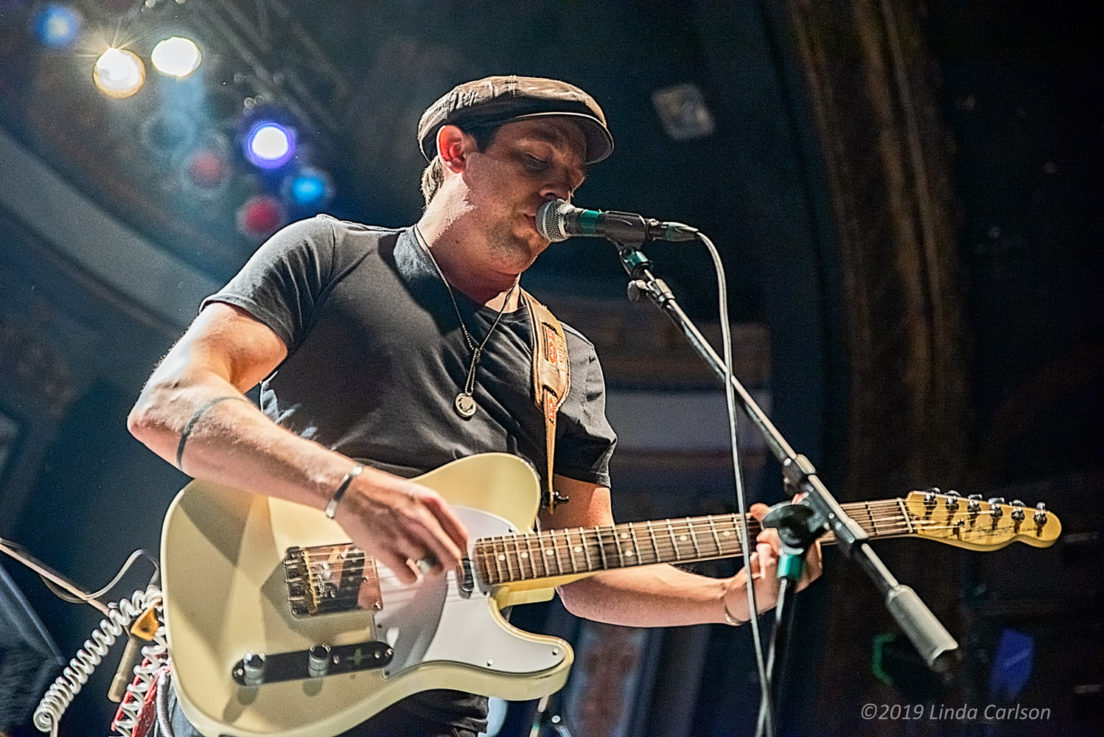 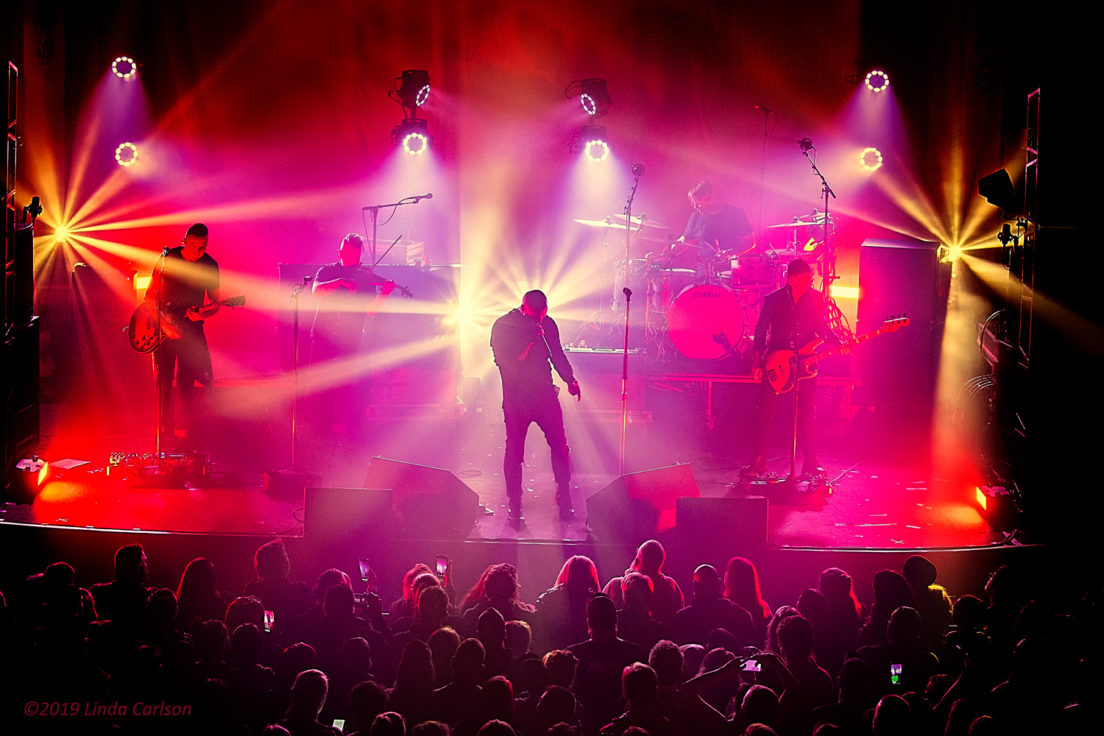 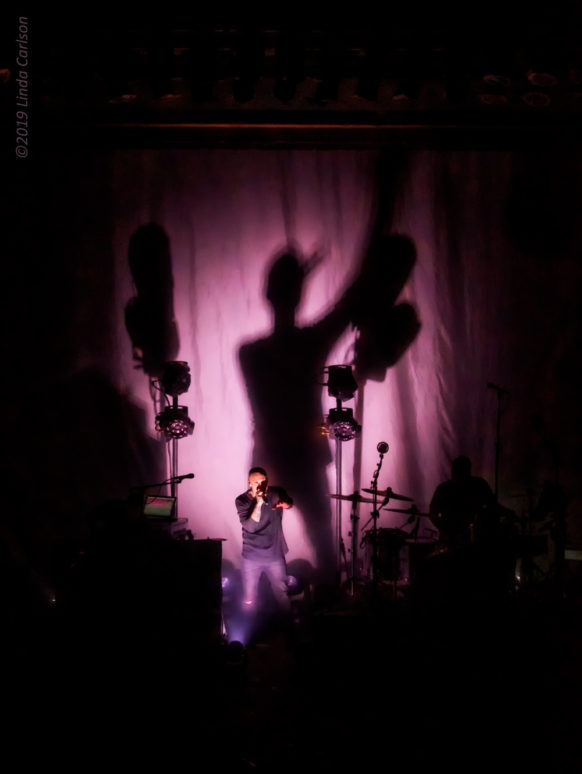 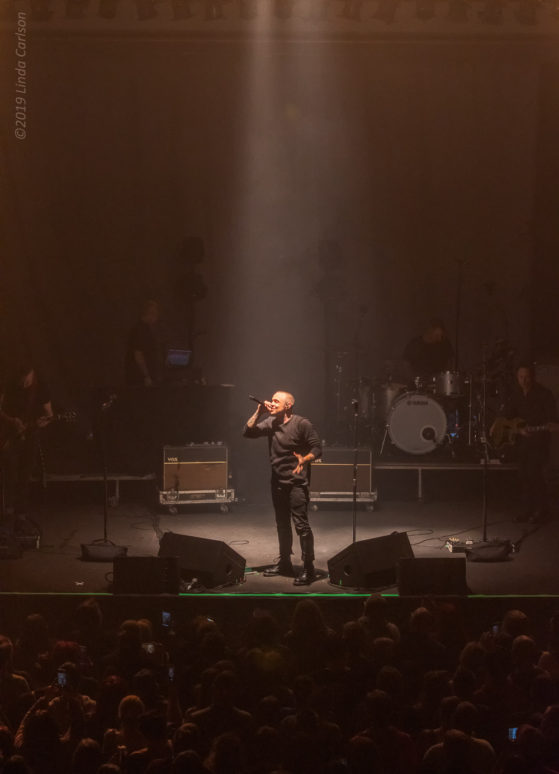 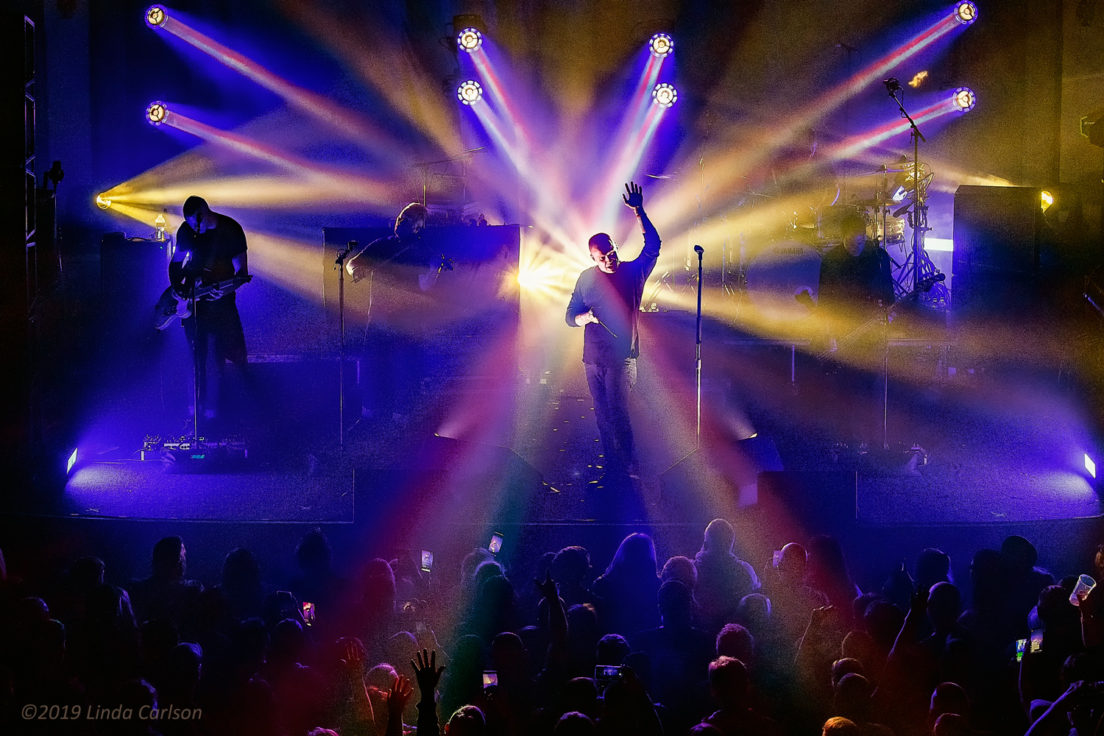 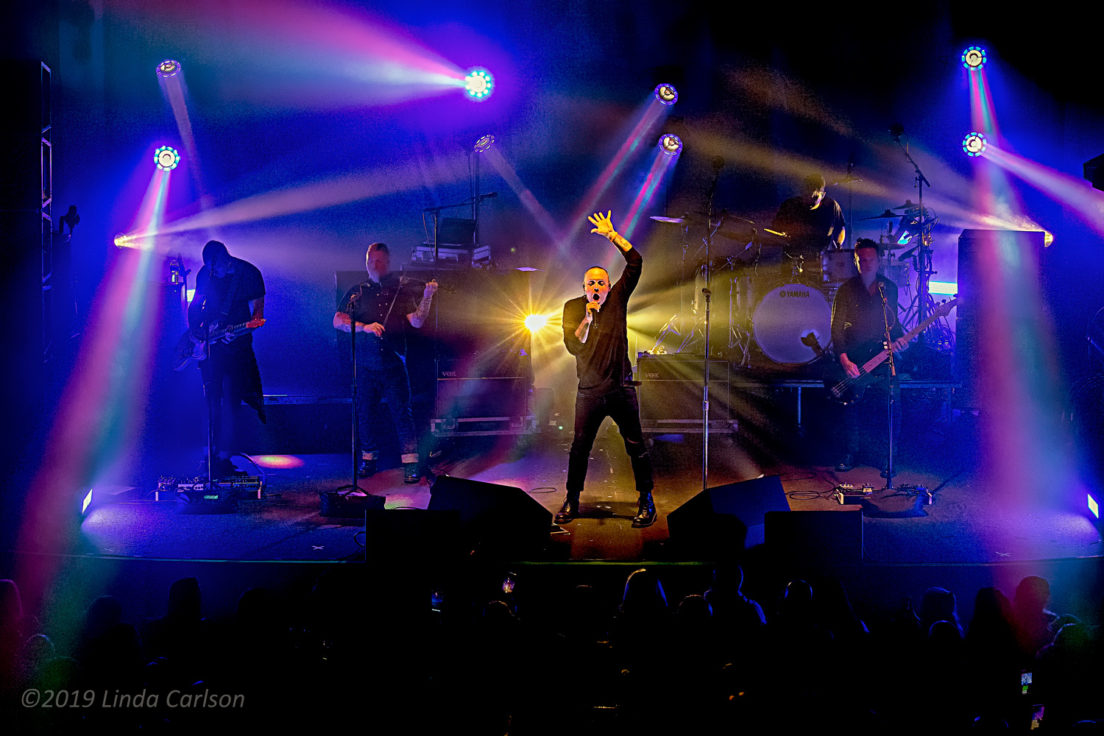 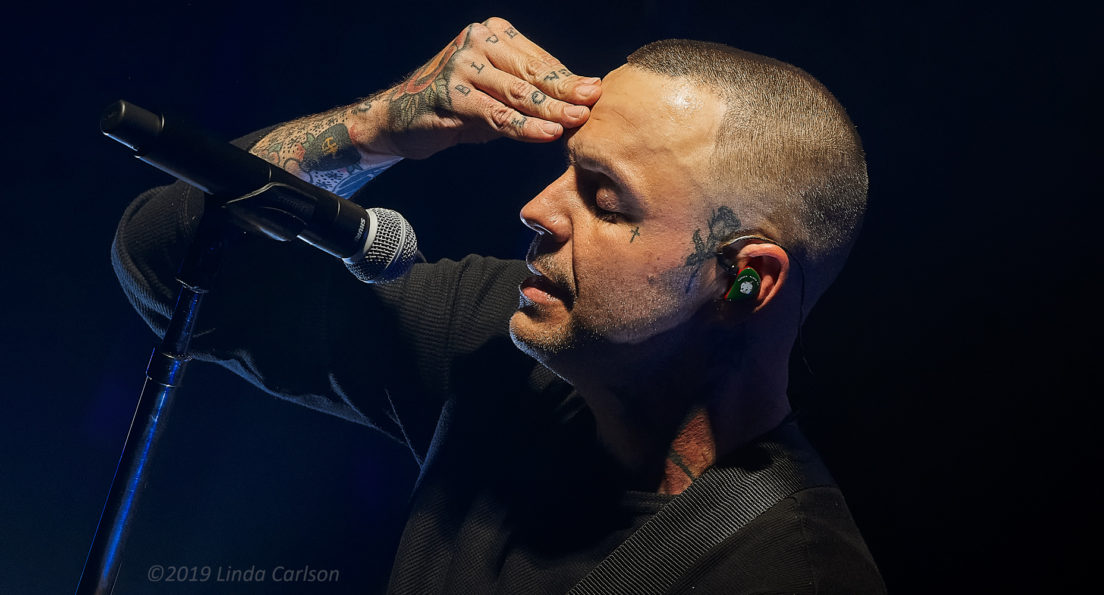 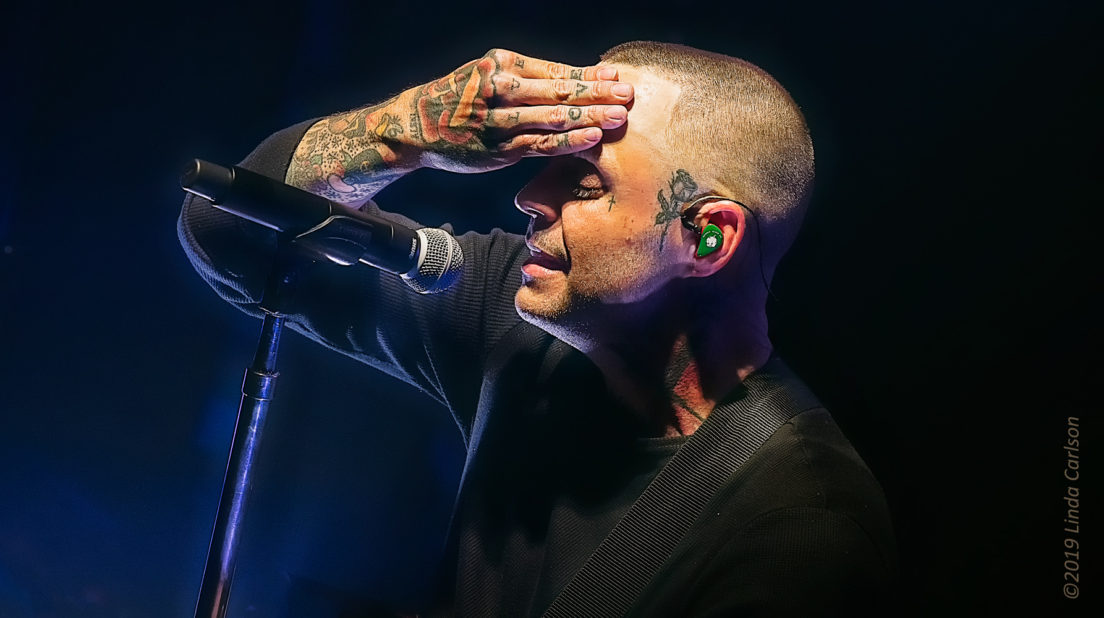 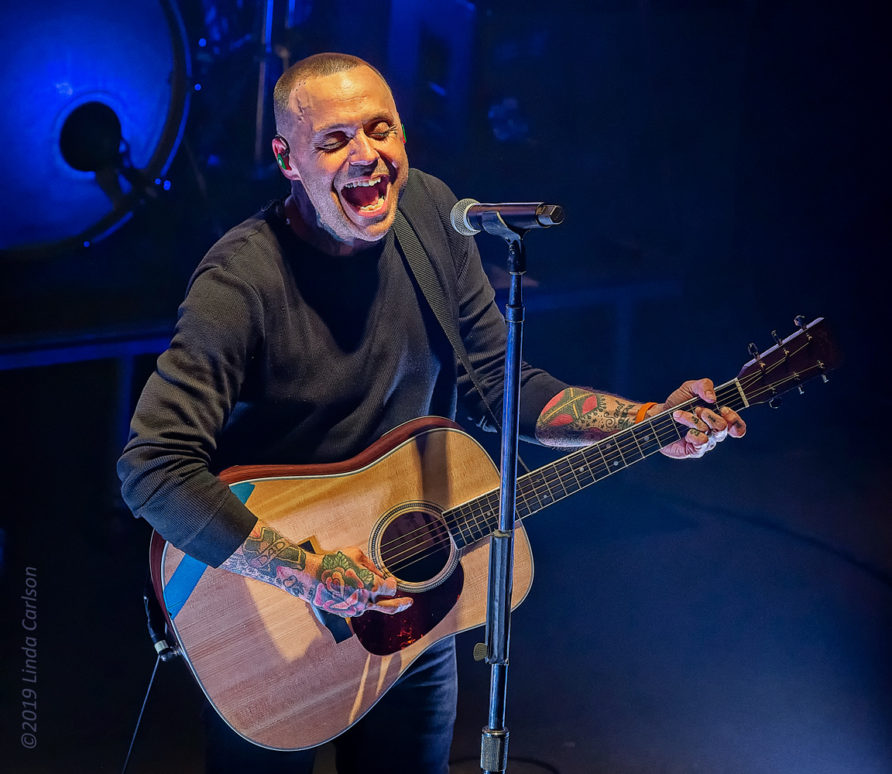 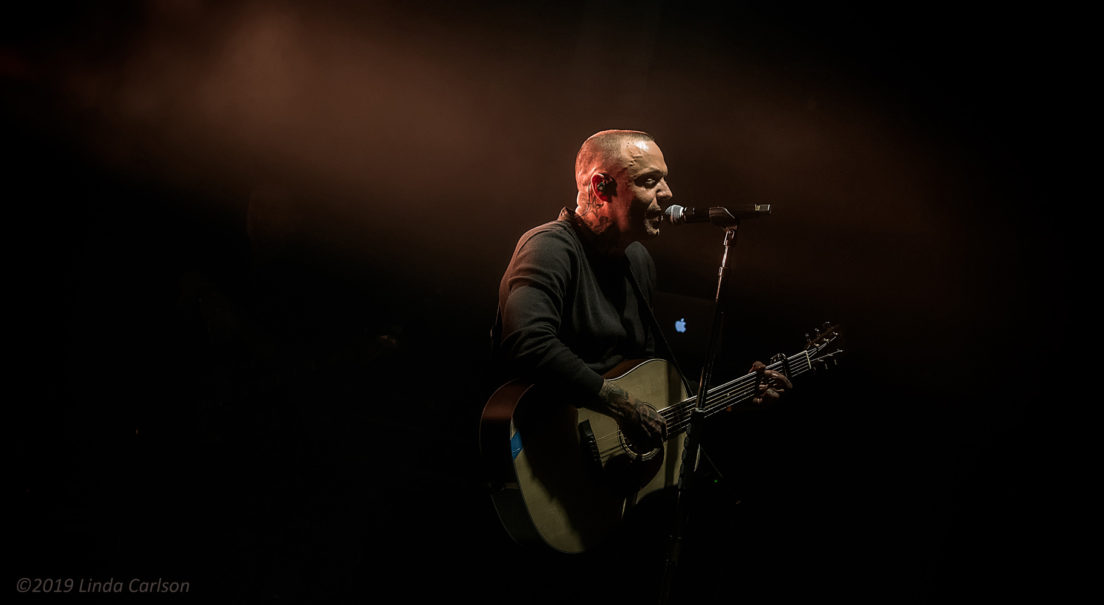 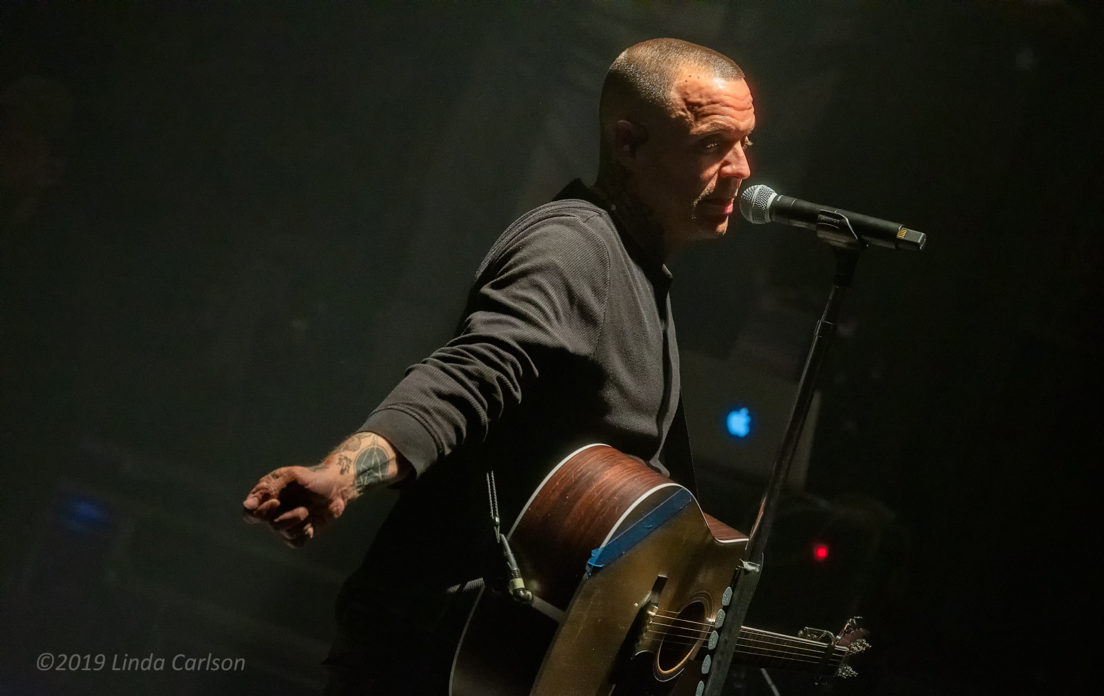 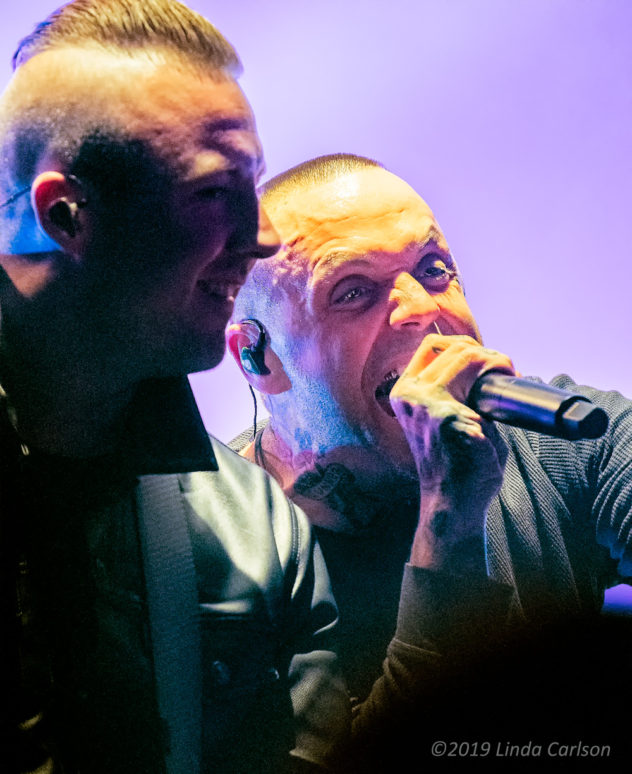 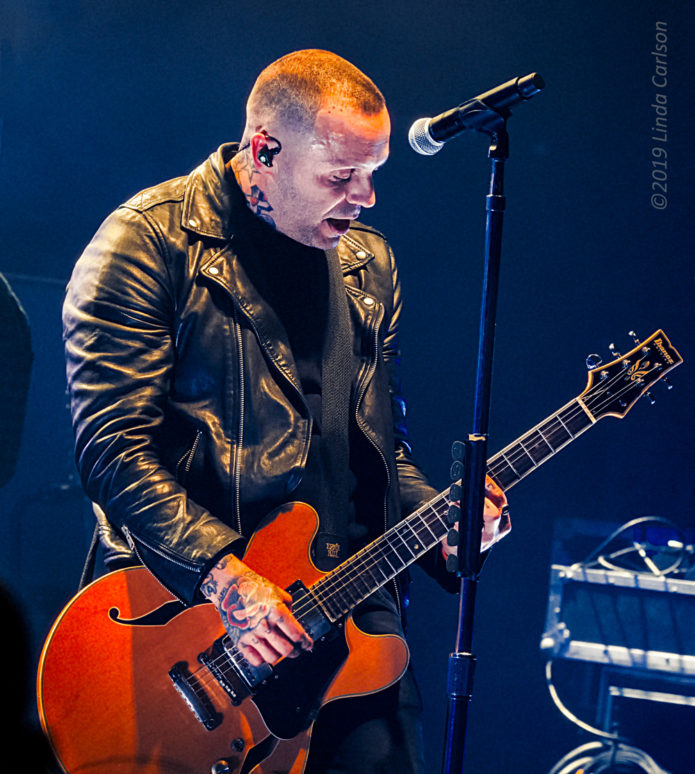 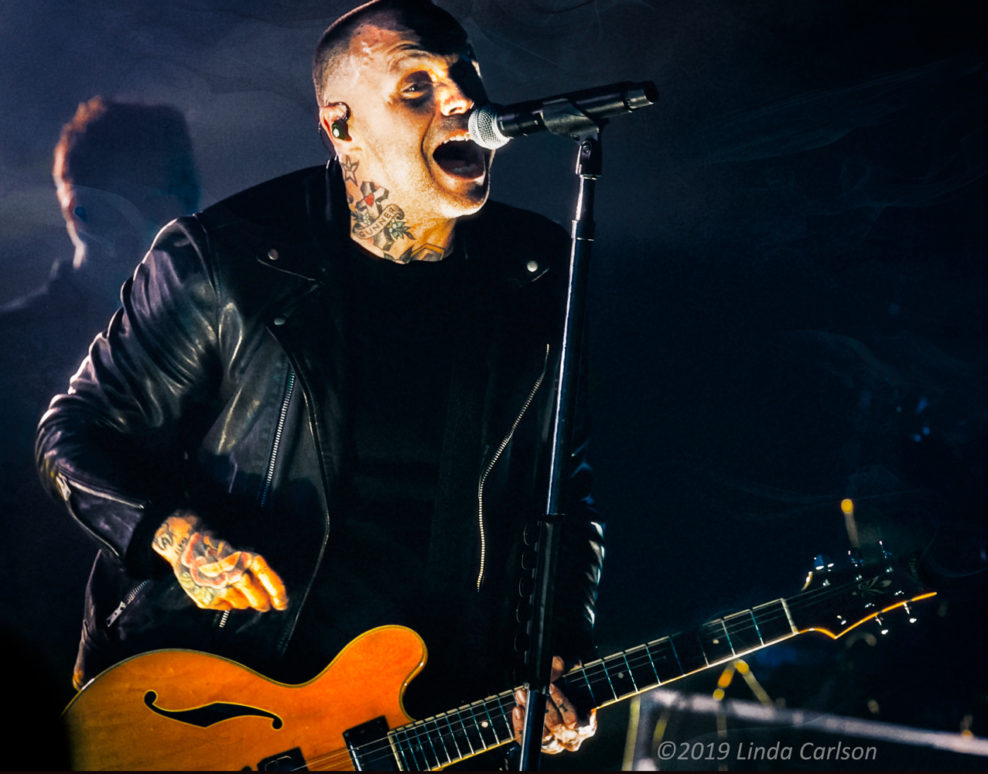 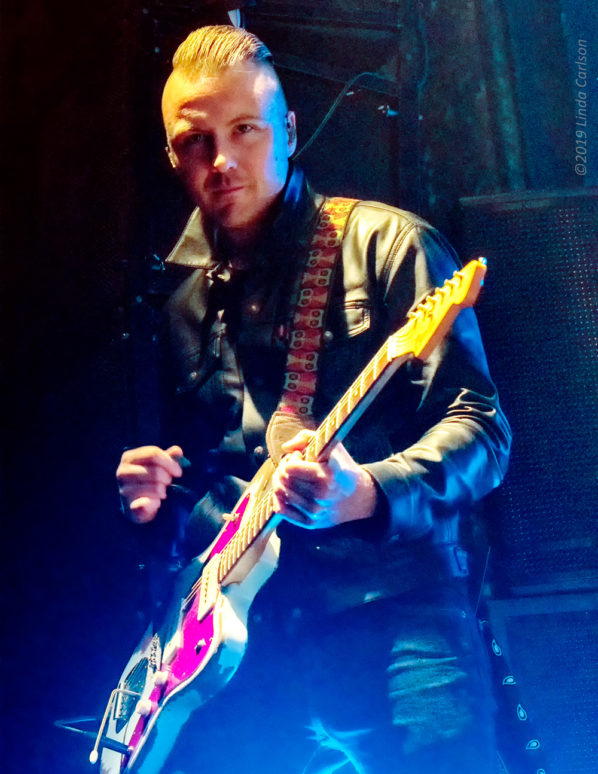 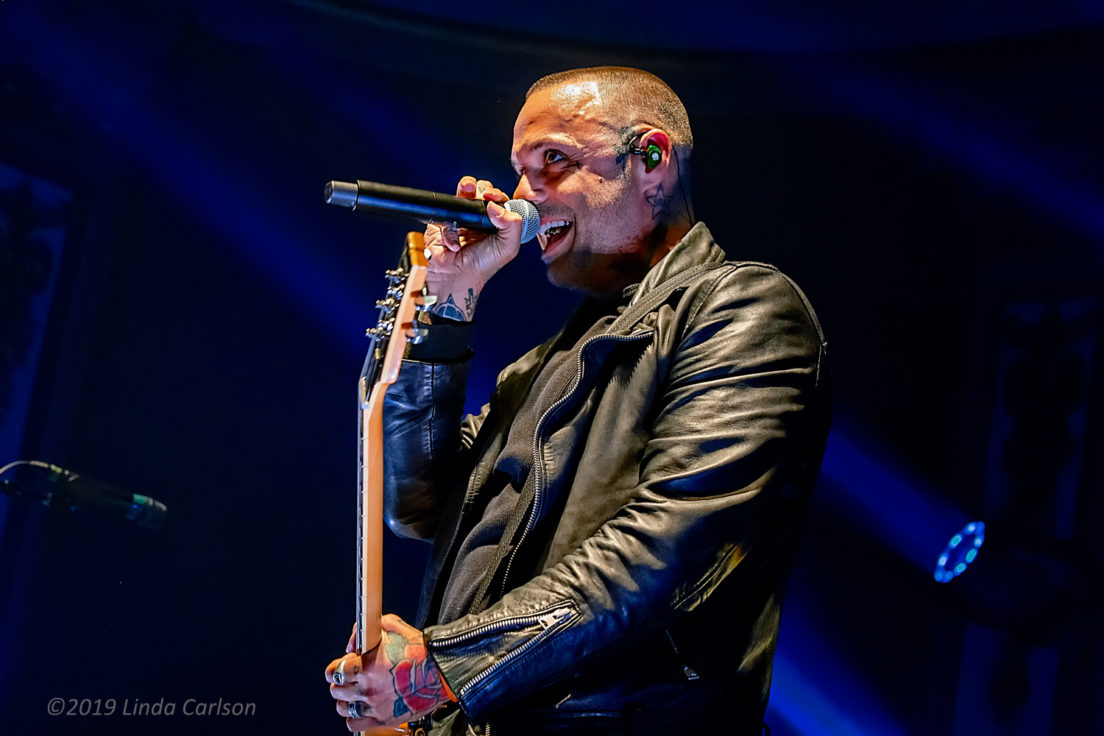 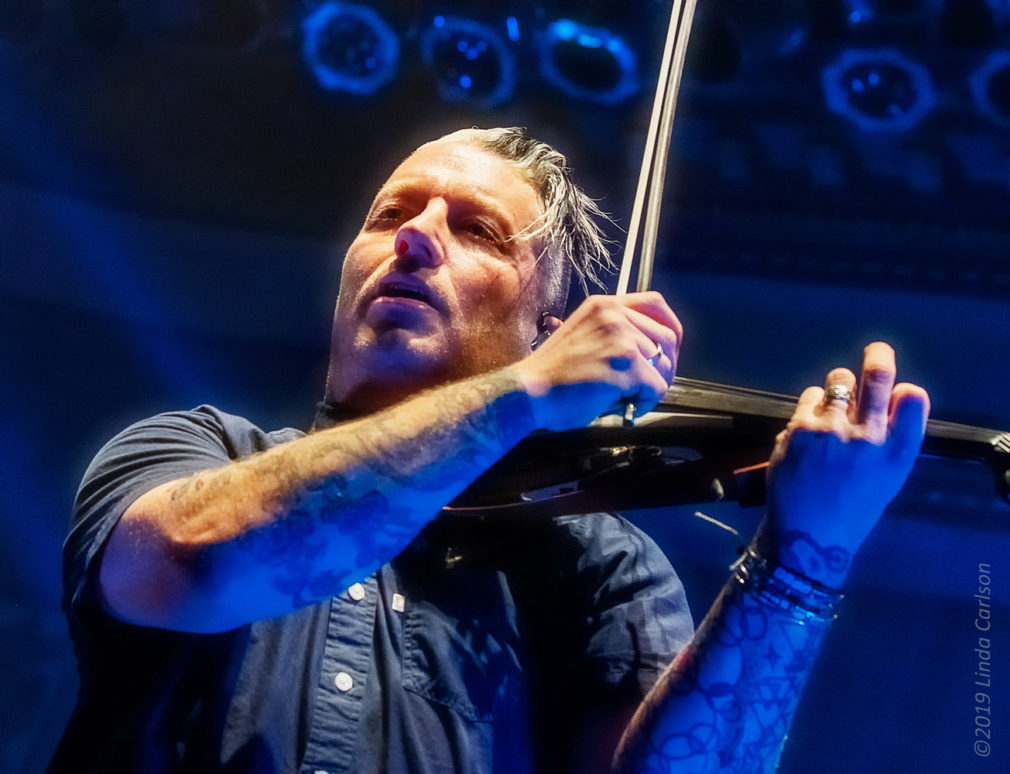 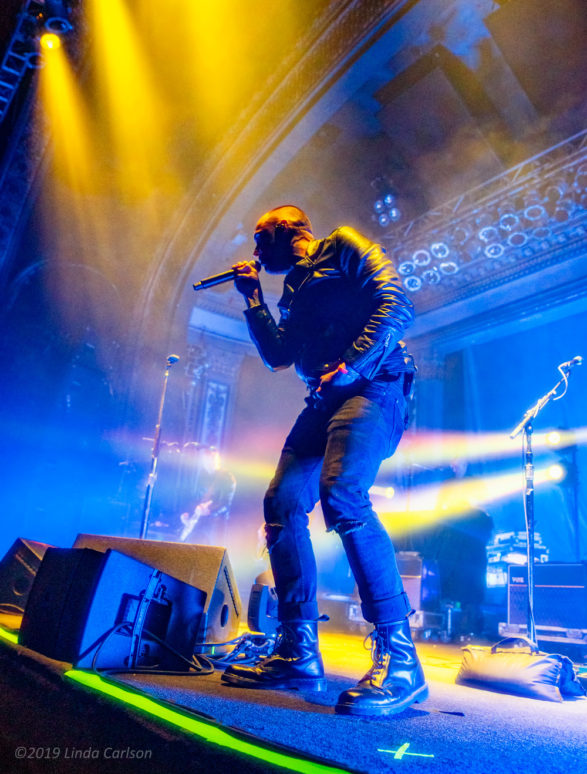 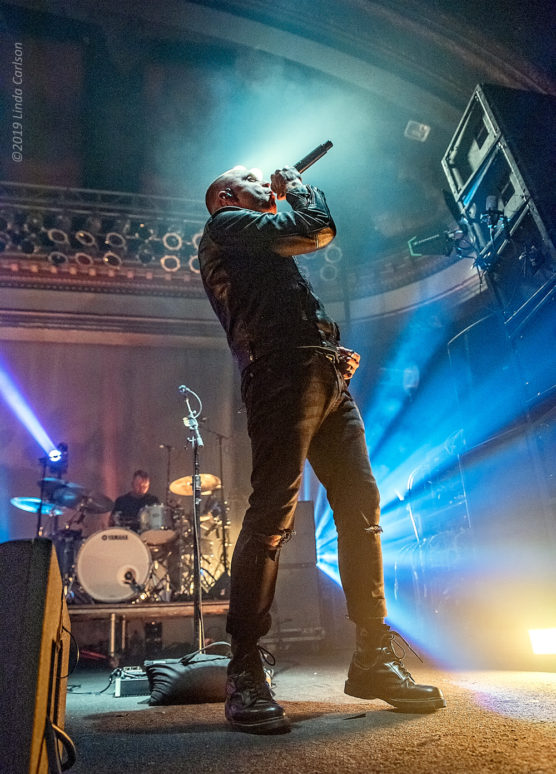 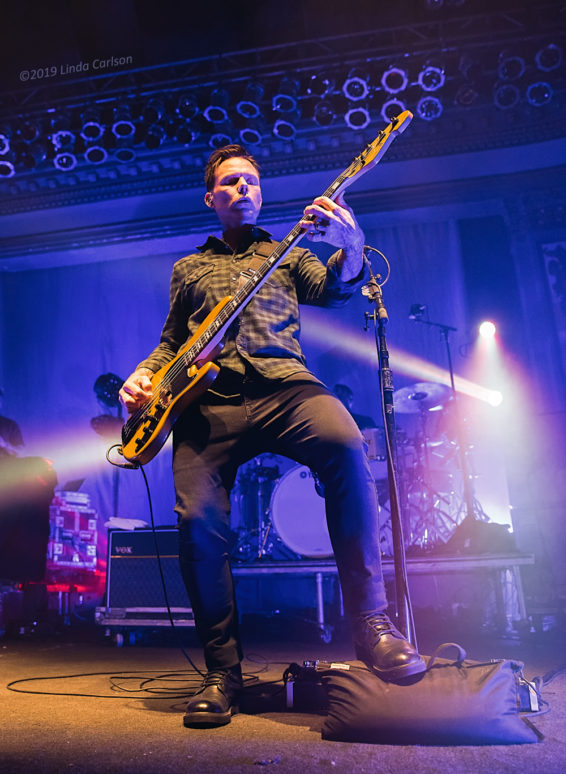 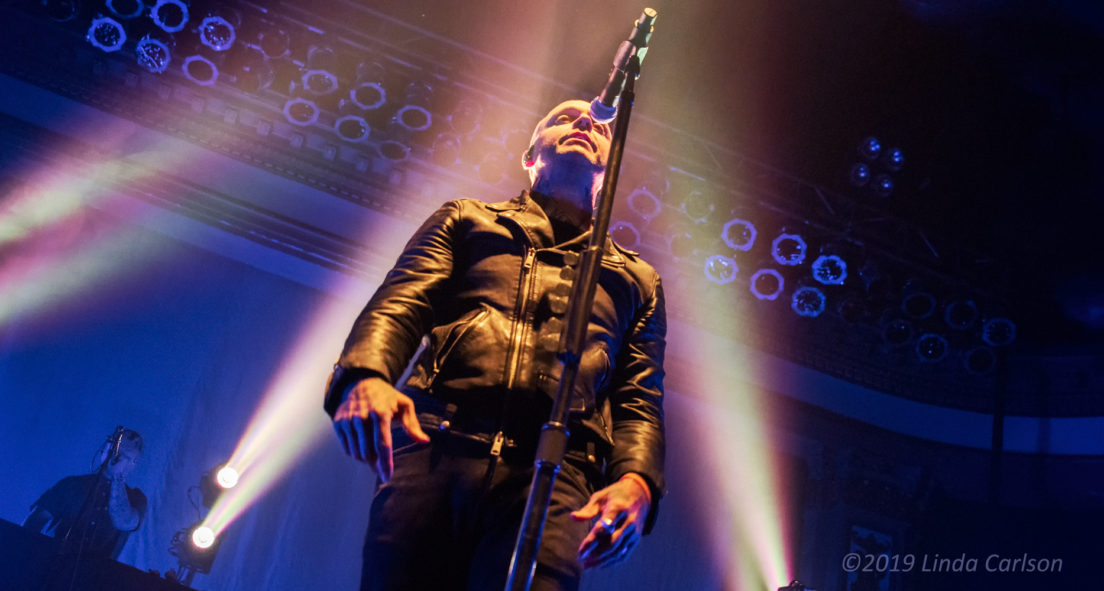 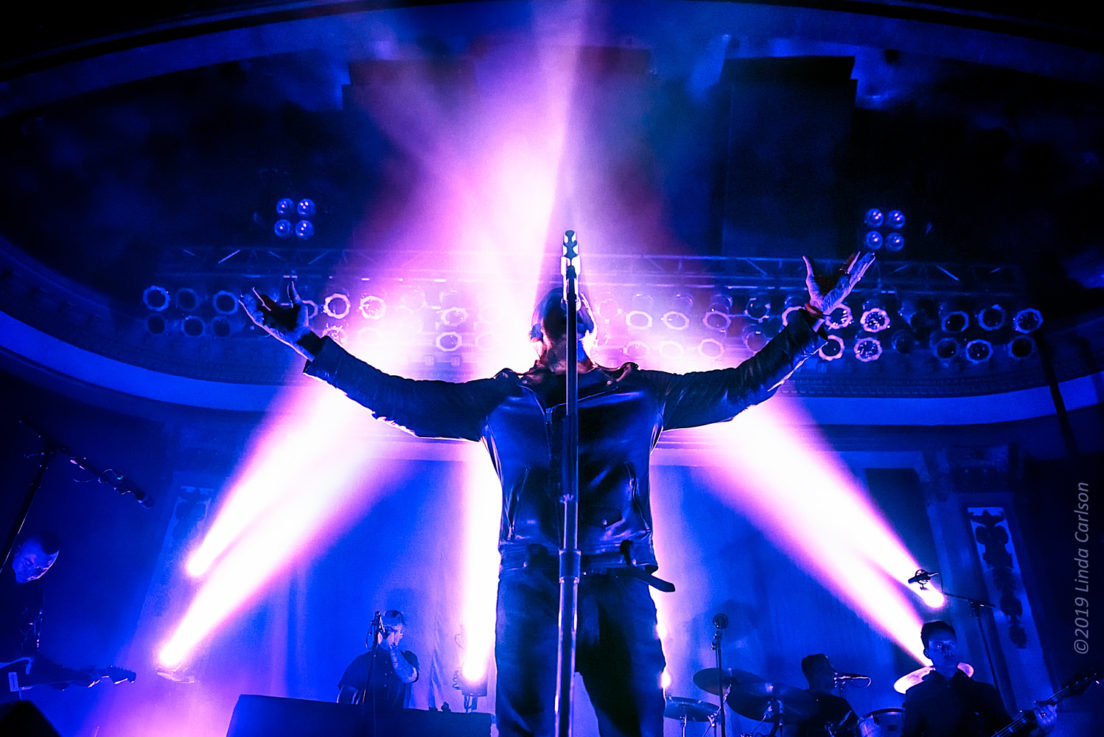