Chicago, IL — It’s been almost ten years since Imogen Heap has toured North America. Even longer since she’s toured with Frou Frou the two-piece band that she started with Guy Sigsworth. But, after the long hiatus, she decided it was time. Not just time for a new tour but for a tour with a purpose. The tour is aptly called the Mycelia World Tour as it is based around the blockchain idea/website Mycelia. Mycelia was founded by Imogen Heap as a way for musicians and their and counterparts to get paid in a typically slow-paced music business model. (Mycelium by scientific standards are a fungus that branch out and form colonies and basically help everything grow. Sticking to this basic principle the Mycelia blockchain will branch out and allow all involved in the music making process to be paid their fair share immediately.) She’s taking this idea across North America in the hopes of inspiring the growth of the idea to help create a fair, sustainable, and vibrant music industry ecosystem. 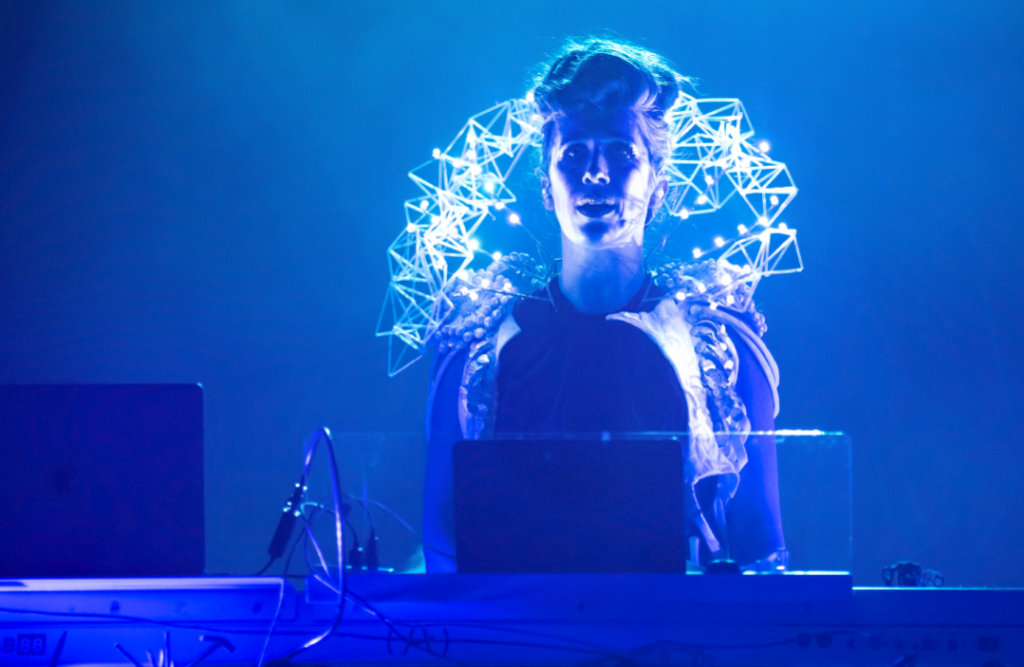 It’s rare these days to find a well-known artist that doesn’t have an opening band. It’s even rarer to find a well-known artist that is the opening band. But, that’s exactly what Imogen Heap did for a sold-out crowd. Performing as Frou Frou, she and Guy Sigsworth did a forty-five-minute set that encompassed most of Frou Frou’s music. After the performance and before the intermission she stopped to take questions from the audience in a move that isn’t typical for a concert setting. Of course, the first question came from a man that asked to give her a kiss on the cheek. To the amazement of the crowd and the man himself, she responded with “well come on then, make your way down here.” The man quickly made his way to the stage and planted a kiss on her cheek. This was the first of many times throughout the night that she endeared herself to the crowd.

After a twenty-minute break she reappeared, but this time donning a luminescent collar that would get brighter as she sang. This time around she performed as Imogen Heap and did over an hour of original material. During the set, she would stop to explain what she was doing on stage and how she was making the music. At one point she stopped to explain the new technology that she had helped create. The Mi.Mu gloves as they are called are music standard shattering technology. They are gloves that through hand gestures allow her to loop, record, edit, and create sounds. It was absolutely amazing to hear about let alone see them in action. Through just a hand swipe she could throw her voice from one side of the room to the next. It brought an entire futuristic vibe to an already outstanding show. Closing out the show she performed one of her more well-known songs Hide and Seek. But instead of performing the original version she performed a version from the new Harry Potter play (which she wrote the music for.) This new version accompanied with the help from the Mi.Mu gloves created a hauntingly beautiful song that left the audience silent and in awe.

Imogen Heap will continue her North America tour with six more stops in North America before heading back to Europe. You can find out more about the tour and the Mycelia project at http://myceliaformusic.org/#about 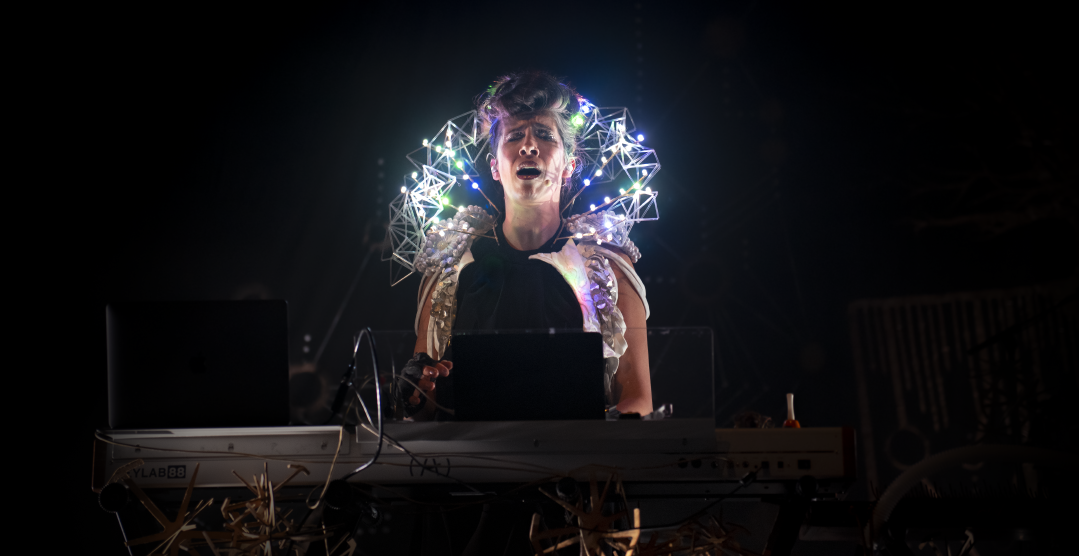 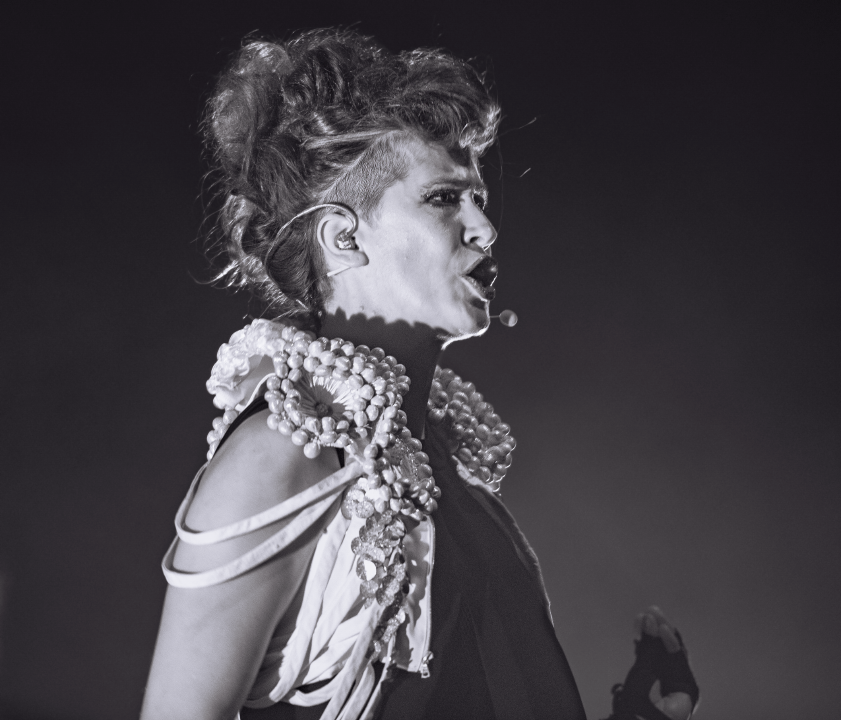 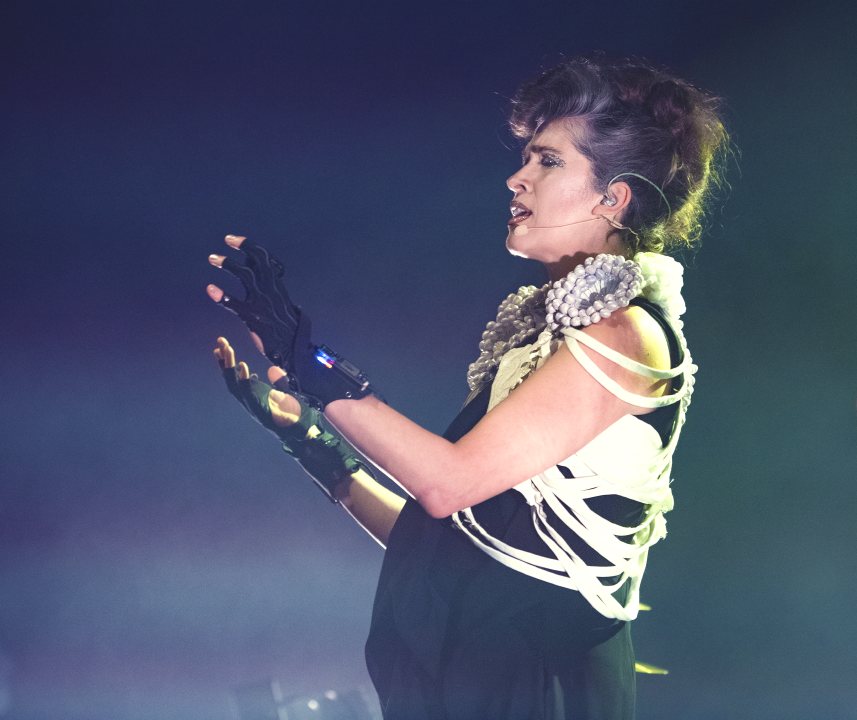 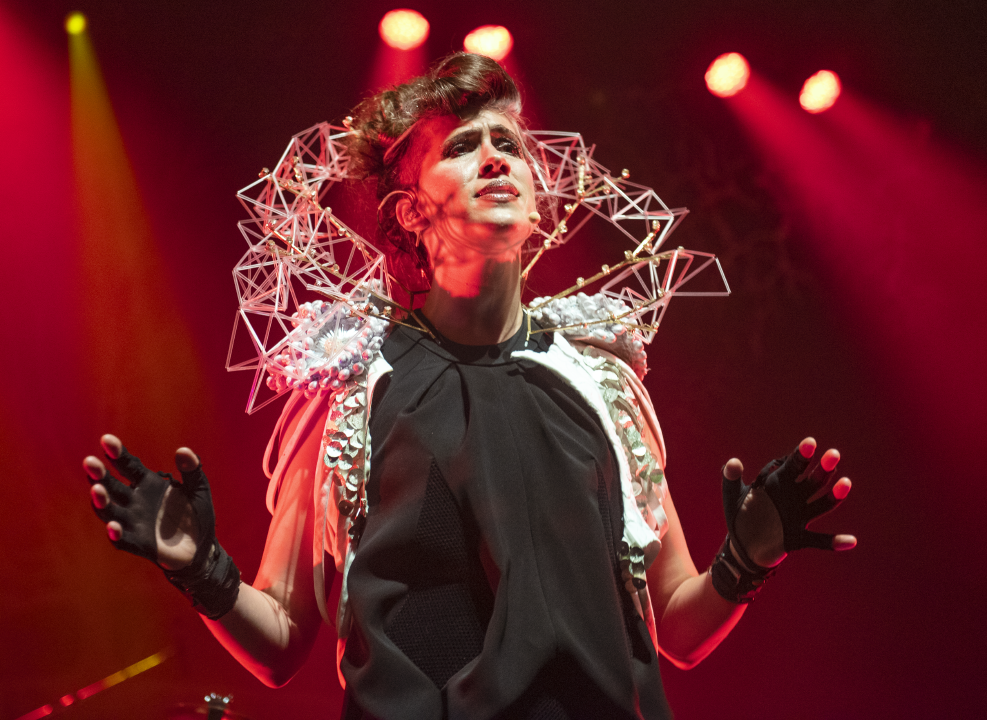 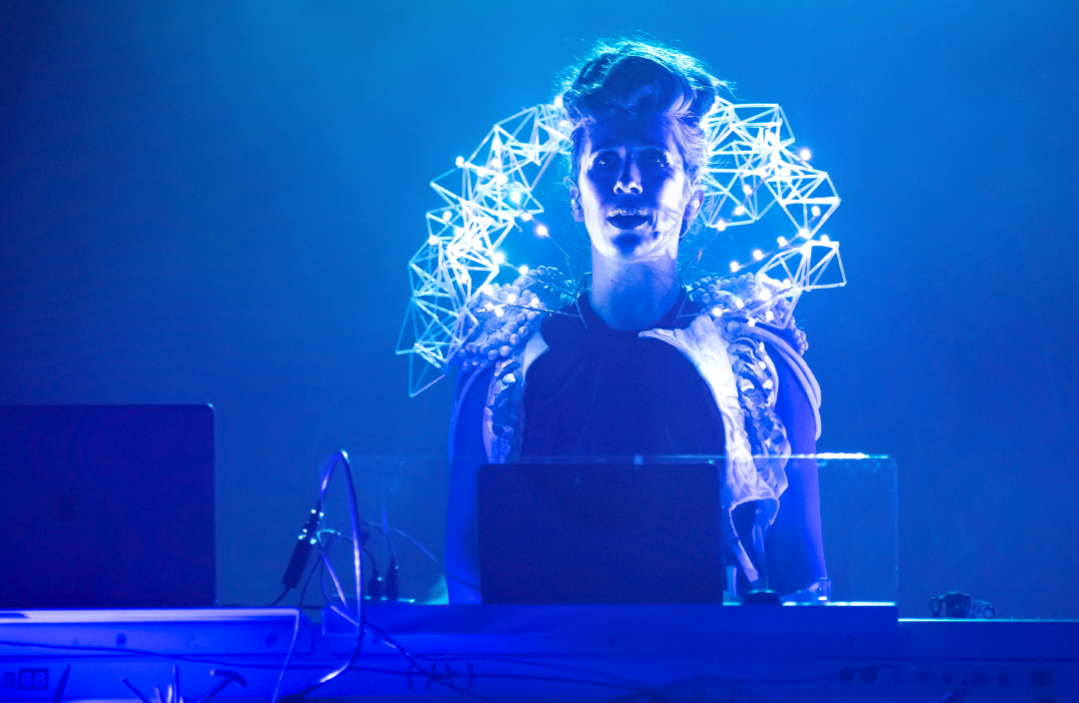 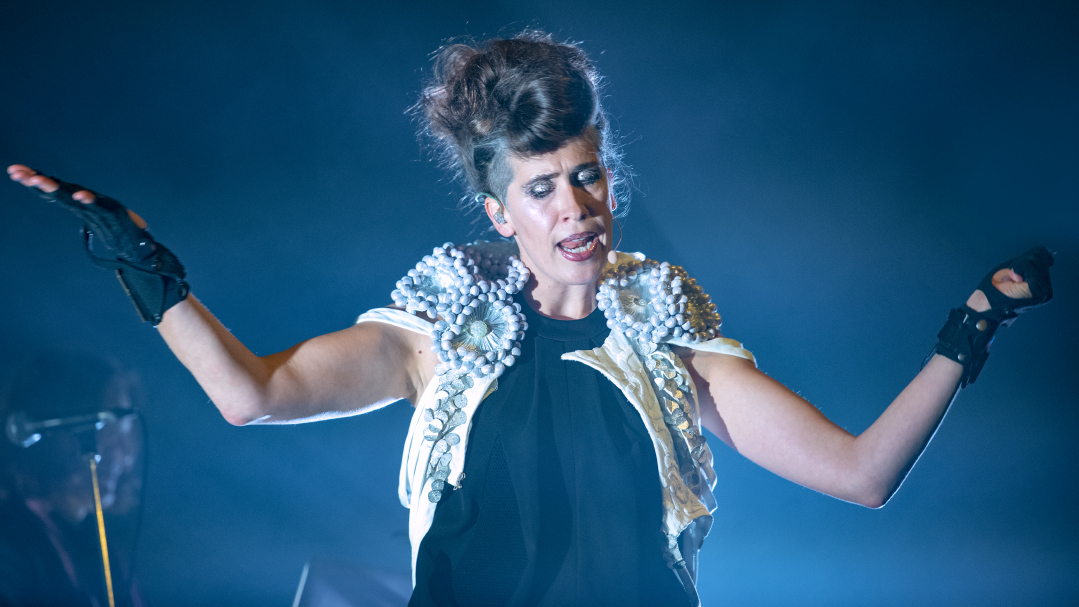 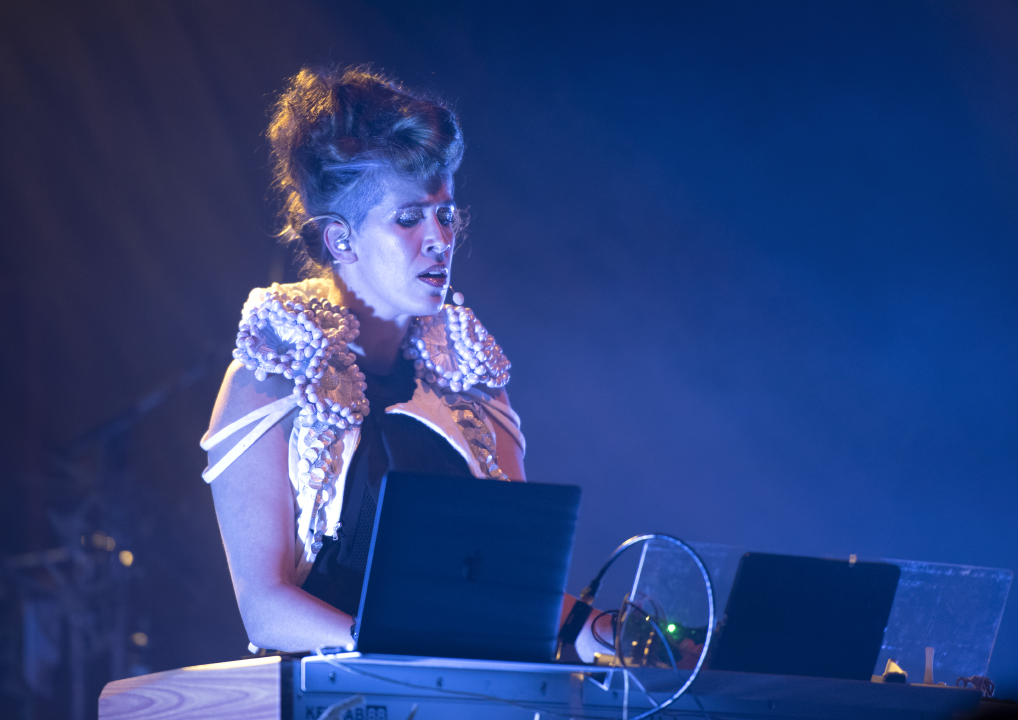 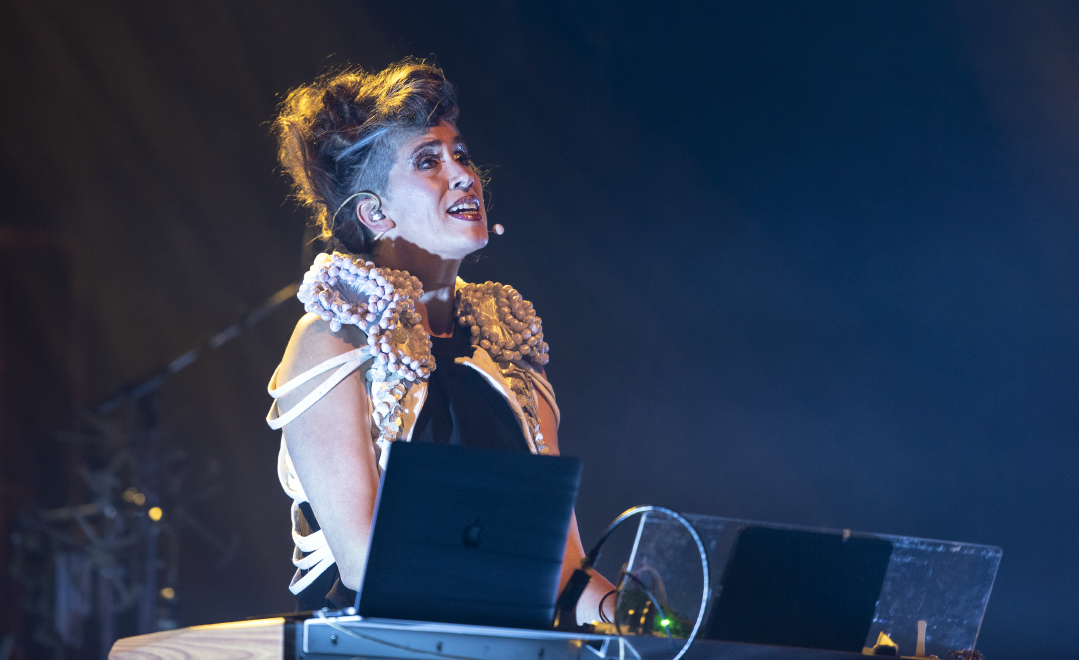