VIRGINIA BEACH, VA- Concert season is now in full swing, especially the increasingly popular music festivals. While most major festivals are a three day event (and can be somewhat of a long, hot ordeal for an attendee,) one of Hampton Road’s radio stations takes a slice and packs in all into one day- the Lunatic Luau. Hosted by FM 99 WNOR, the line up of 12 bands alternating on two stages at Veterans Home Loan Amphitheater in Virginia Beach had a start time of 2 PM and the shows kept rolling well into the night.

Immediately upon entering the grounds, you were greeted by the circus sideshow Hellzapoppin, featuring self-titled “carnival freaks” such as a split tongued lizard man and a “half man” daredevil performing stunts under a tent. The music started on the side stage by two local bands, one of which was a winner of a battle of the bands, Just Standing. Personal favorite Seven Ten Oil brought their own brand of original rock as second performer.

With stage rotation in full effect and short set times keeping the audience moving back and forth, Dirty Honey opened up as first act on the main stage. Currently the support band for Red Sun Rising, which followed them on as the next band, Dirty Honey captialized on an earthy 70’s hippie vibe while Red Sun Rising was their mod counterpart. 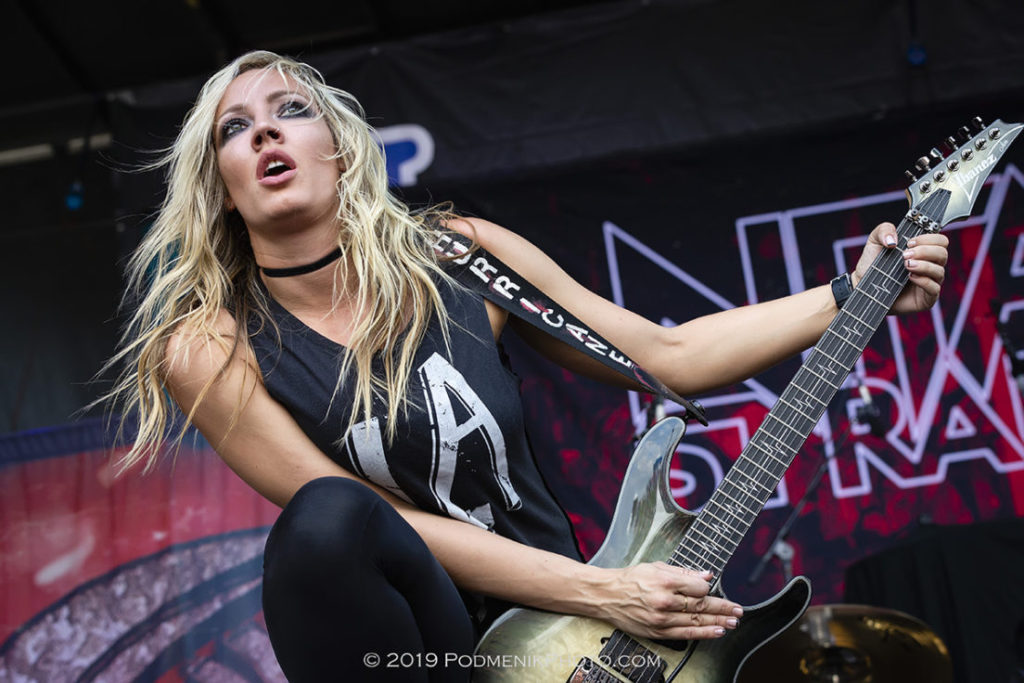 The blonde hurricane with tremendous guitar skils, formally known as Nita Strauss, whirled through her set on the side stage, making time to pose for her admirers as she tore into her latest release, 2018’s “Controlled Chaos”. The remainder of the side stage bands included political rock/rap powerhouse (and very hot right now) Fever 333, with vocalist Jason Butler jumping offstage and braving the crowd, mic in hand, an act that was then followed by barefoot Brett Emmons of The Glorious Sons, who mellowed out the scene during their turn at bat.

Fozzy took to the main stage replete with fog cannons, colorful scarves and a few leis scattered in the wardrobe here and there, keeping in theme with the luau. Wrestler/vocalist Chris Jericho made a point of being sure the crowd had plenty of fun. The scene next took a serious turn with the theatrical metal production of In This Moment, props, dramatic lighting and confetti all getting extensive use. 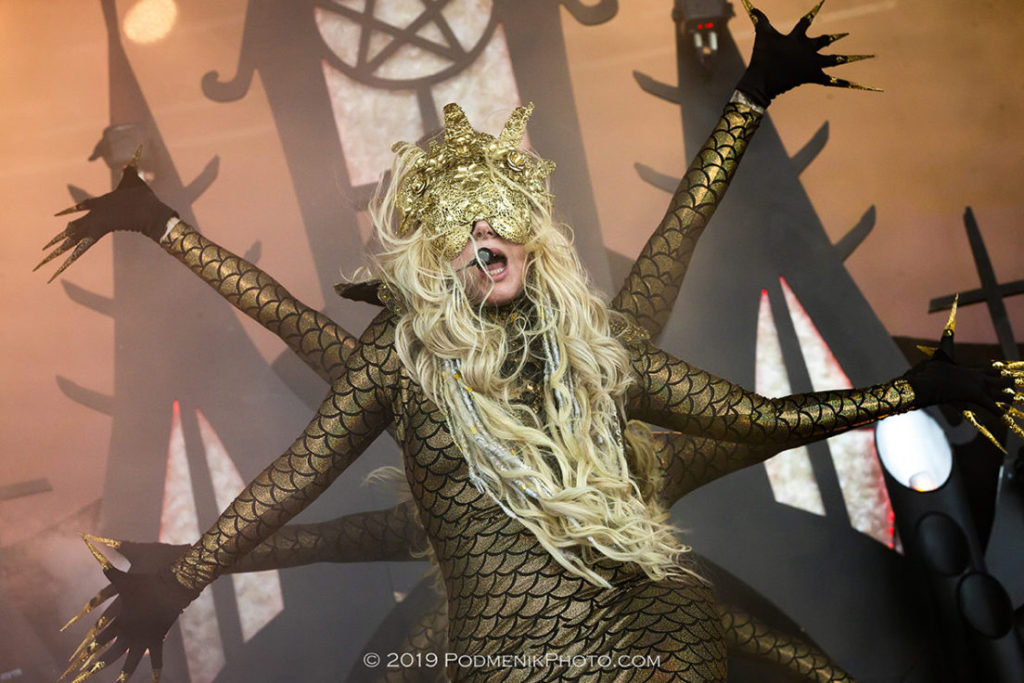 P.O.D. was the closing band for side stage, and the venue security was all full strength in the pit in preparation for the huge after-work crowd as they filed into the festival and the surfers kept the energy at a high. 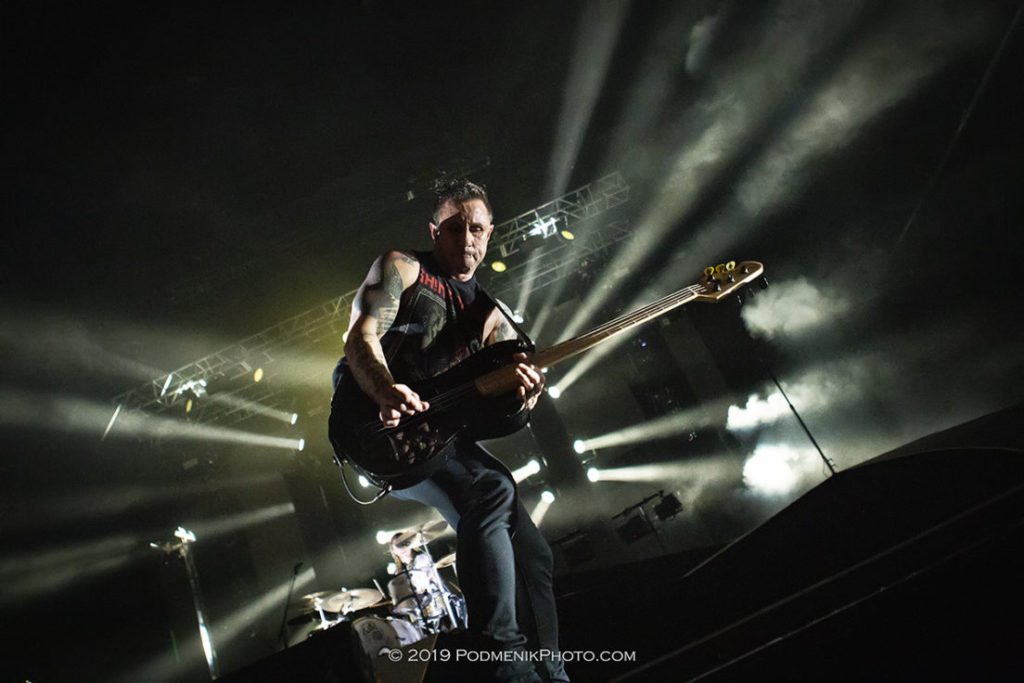 The evening came to a close with the two biggest acts, Bush (who recently released a new single, Bullet Holes,) and then Shinedown with a massive pyro show and almost a Matrix-style futuristic presentation. A great way to both enjoy old favored bands and to hear new music, Lunatic Luau was an enjoyable experience.