Harrison, OH – It was the last night of their most recent tour leg, and Red Sun Rising were in a celebratory mood.  Blue Note Harrison was bustling with fans, some who had traveled long distances to see this spirited, on-the-rise band from Akron, Ohio.

After more than 10 years as a band, Red Sun Rising are on the commercial ascent, gaining more and more radio time and recognition.  They have found a comfortable niche in the rock genre that is more dynamic than traditional rock, but not quite heavy enough for metal.  They consider their genre to be “thread,” a term they have coined to represent their sound.  Not coincidentally, the name of their latest album is Thread and they often use the hashtag #WeAreThread in their social media posts.  The group have toured with heavy hitters like Stone Sour, Godsmack and Shinedown and have further expanded their fan base by playing the music festival circuit.

Their live shows are full of an intensity that belies a passion for their craft, whether opening for an established headliner or playing a more intimate club like Blue Note.  On this night, the band played a passionate set, and stayed after the show ended to meet fans and sign merch.  Besides their outstanding musical performance, their connection with, and appreciation of, their fans will propel this band to even greater heights. They are ready.

Their 2015 album, Polyester Zeal, was a well-received success, with singles “The Otherside” and “Emotionless” each reaching #1 on the Billboard mainstream rock chart.  They are currently touring to promote Thread, released in 2018, and their 2019 EP, Peel.

Red Sun Rising resumes touring in May, beginning with Lunatic Luau on May 17.  Check their website for updated touring info: https://redsunrisingmusic.com/ 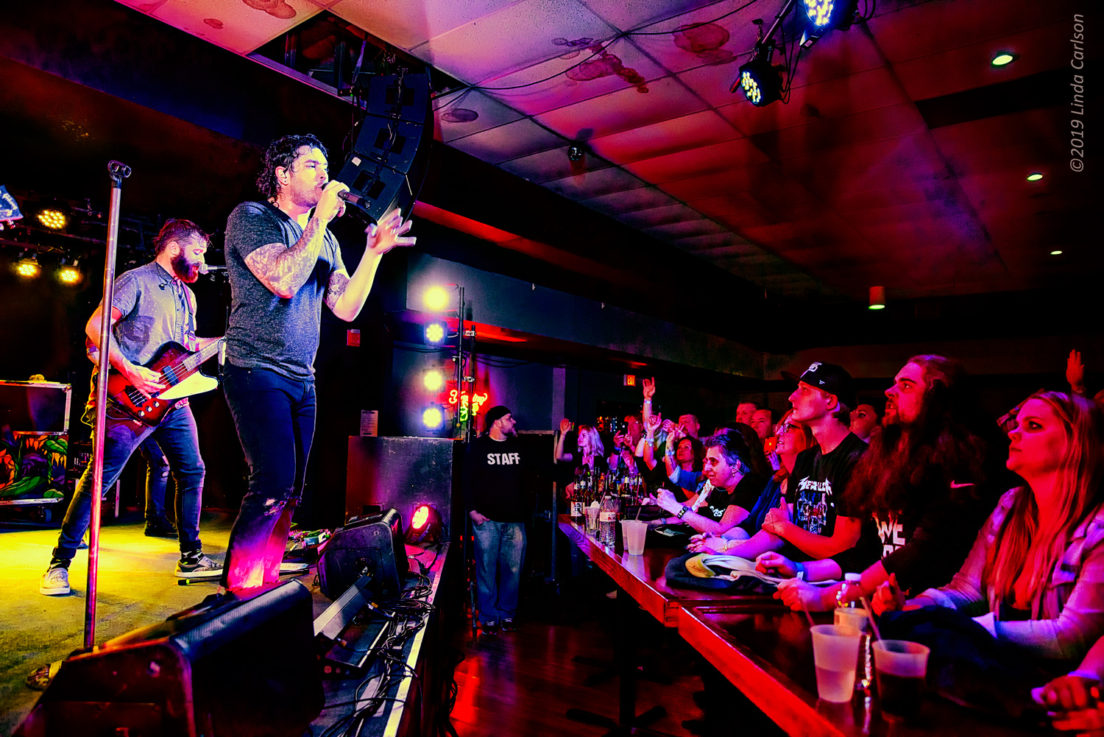 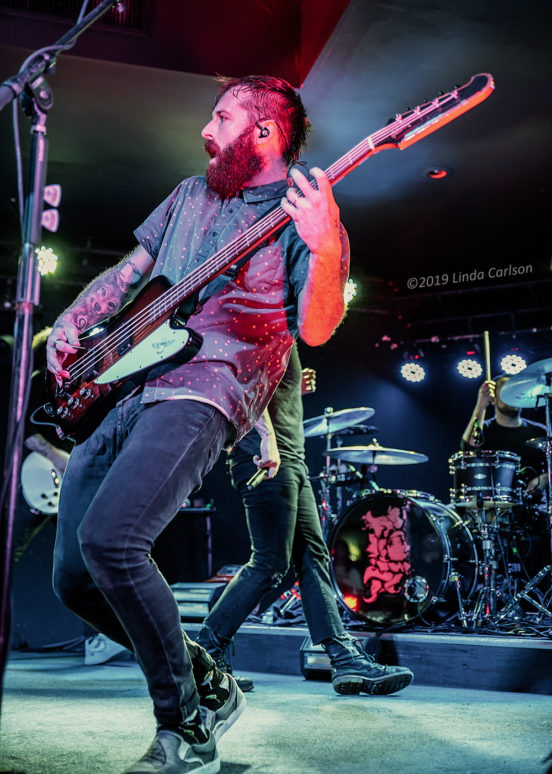 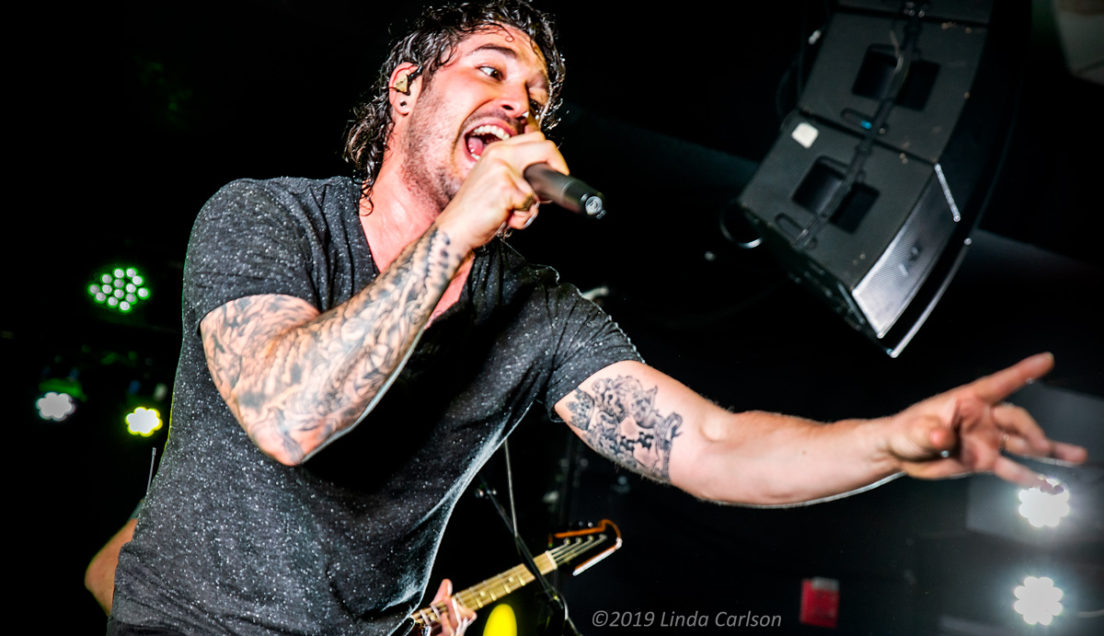 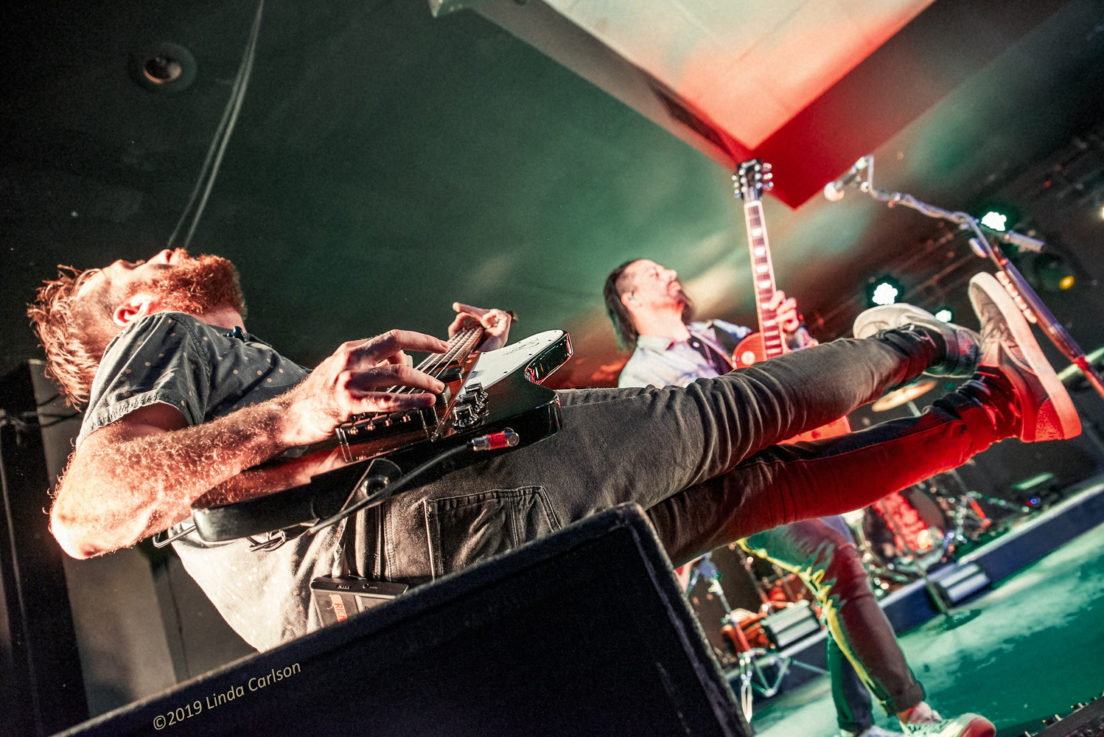 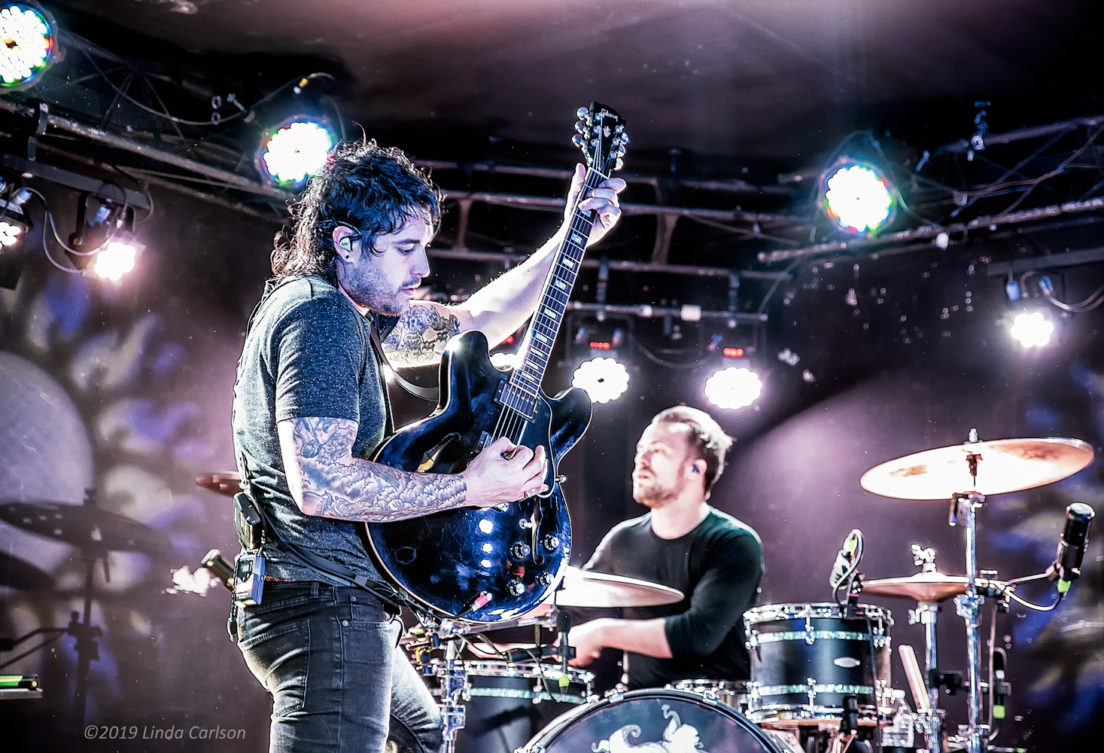 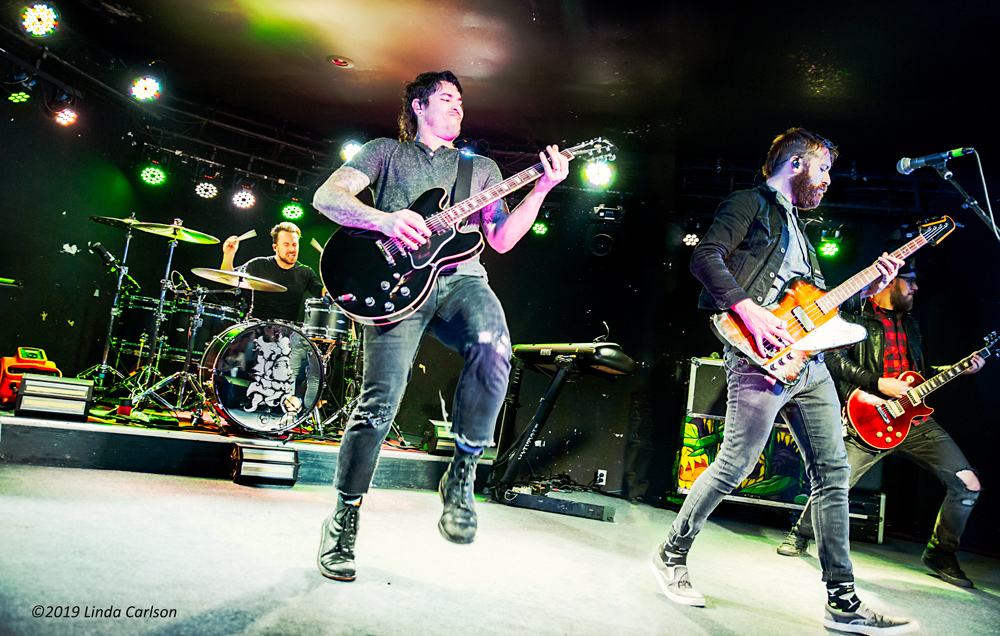 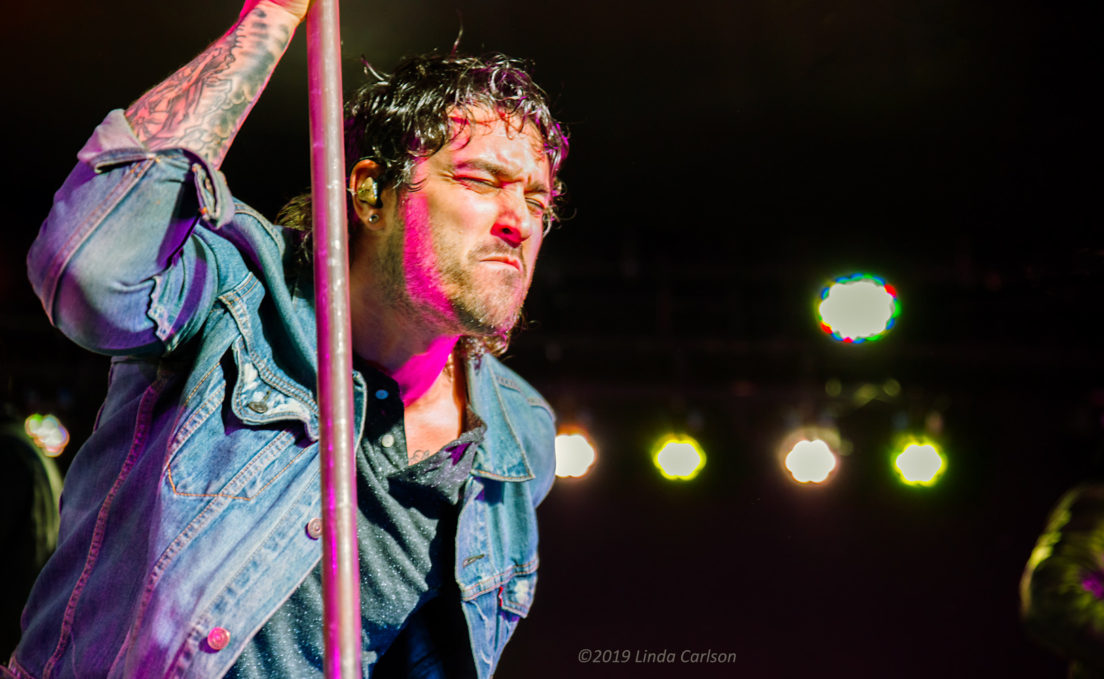 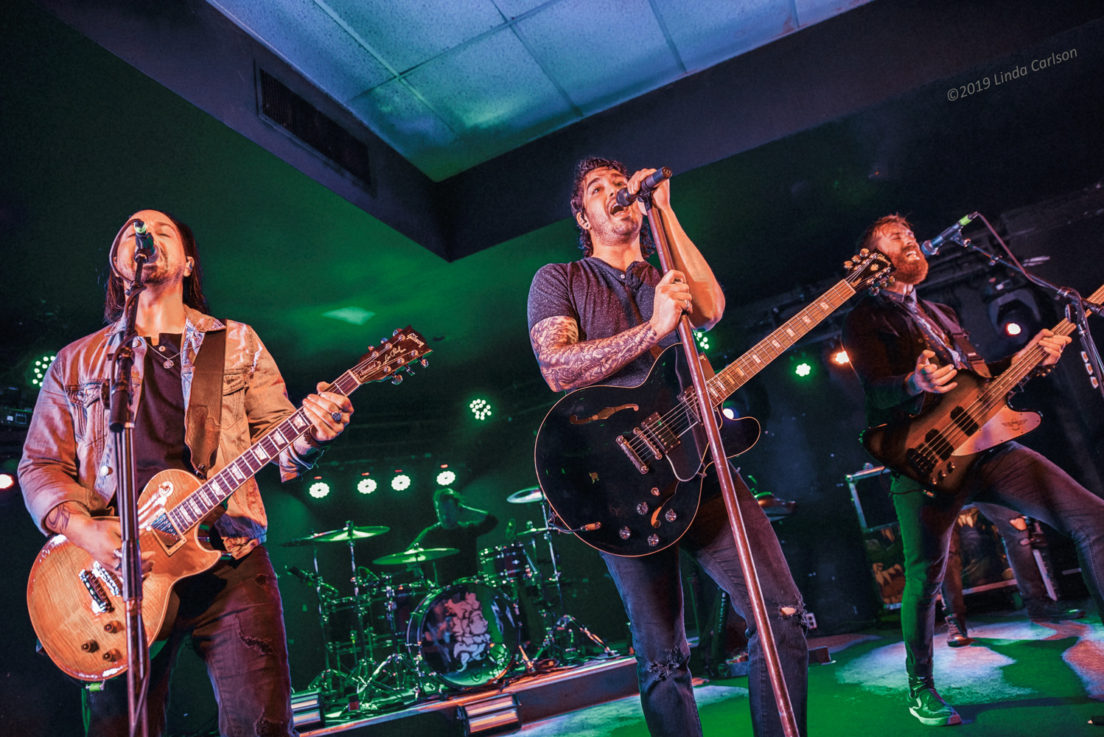 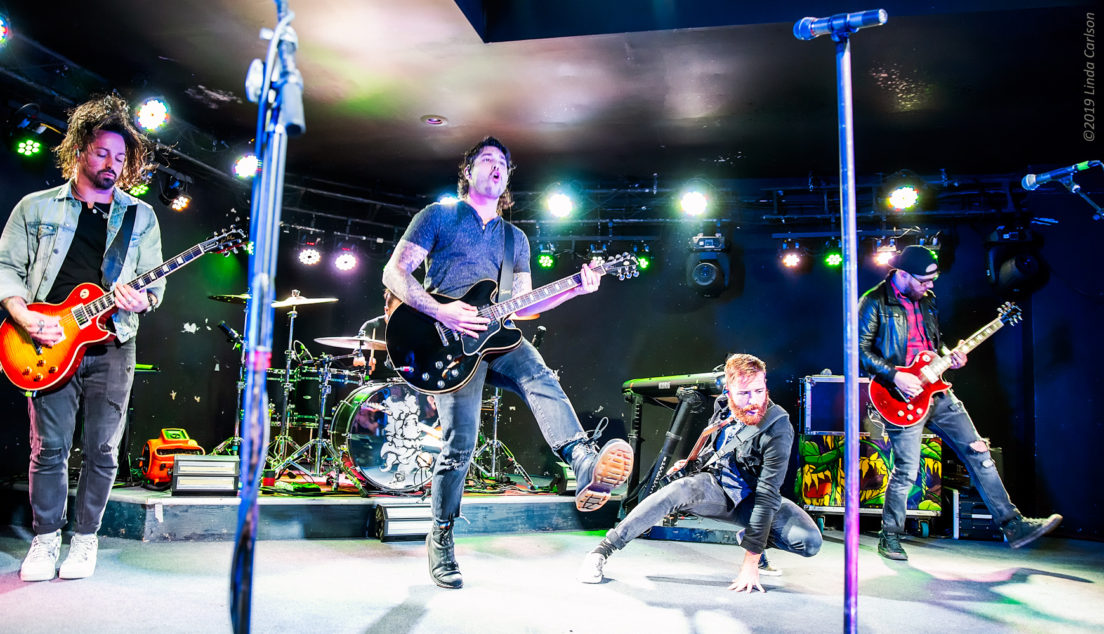 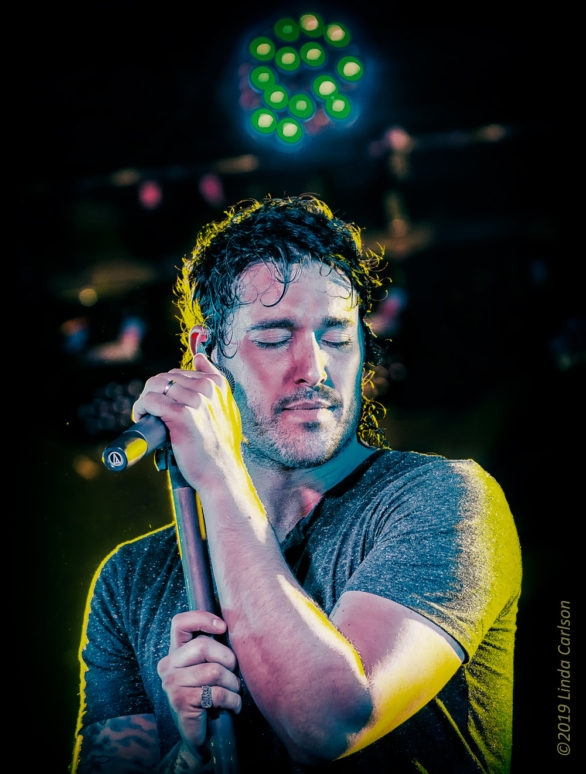 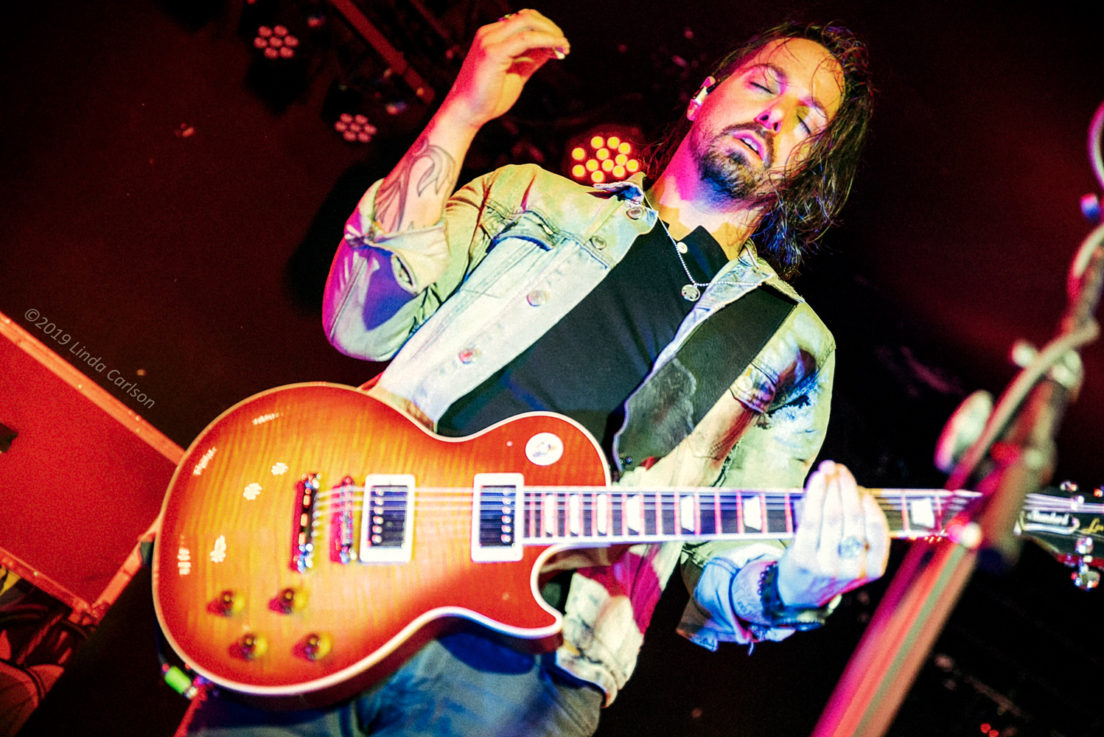 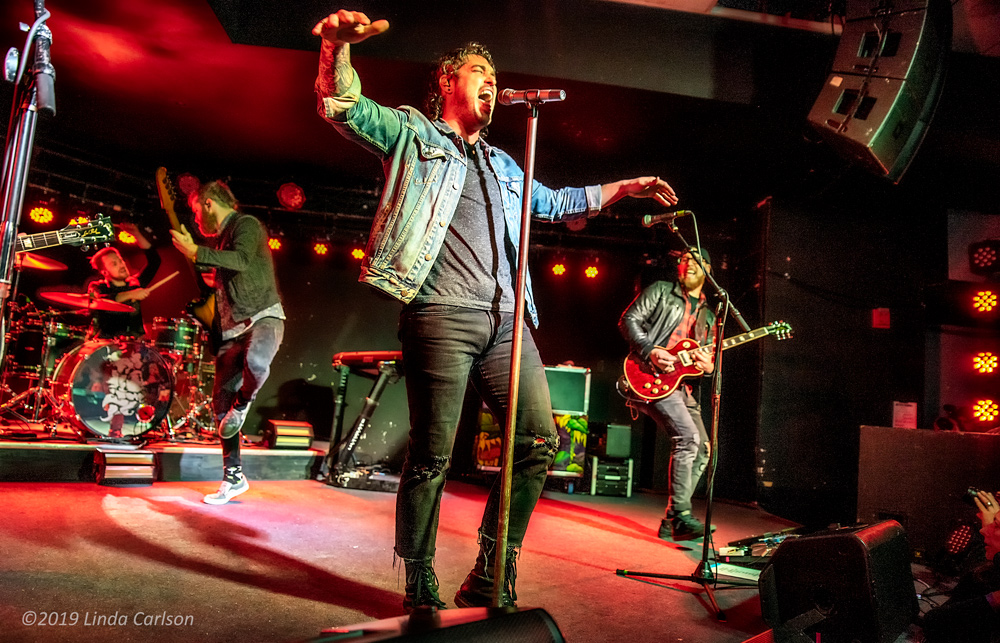 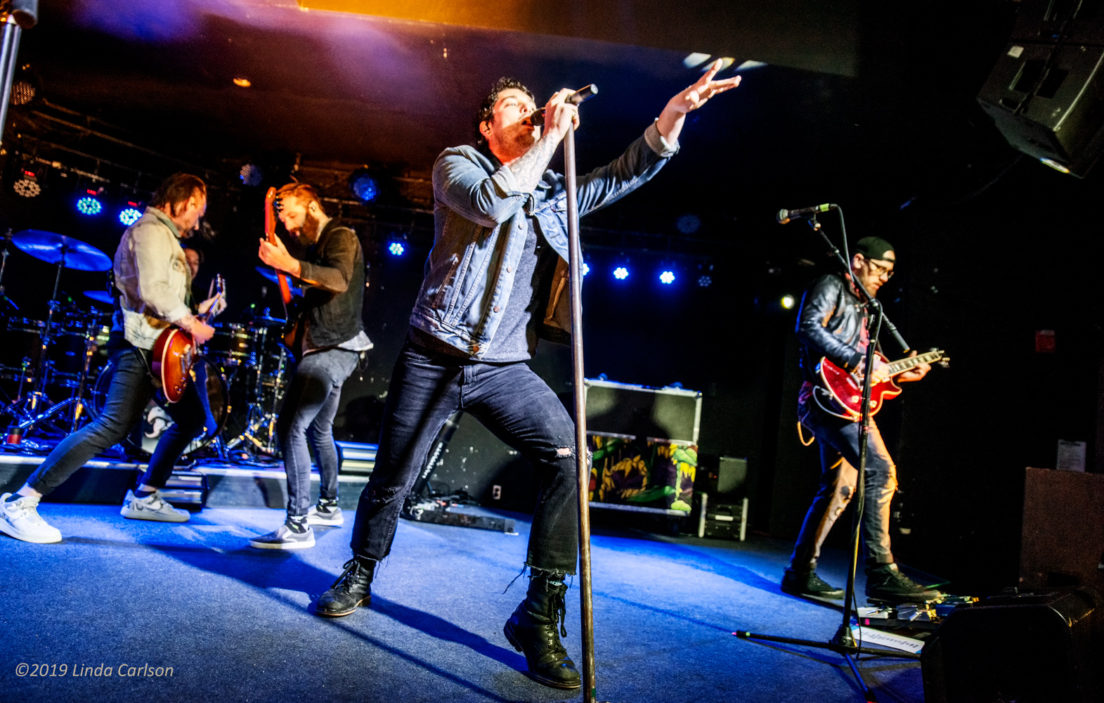 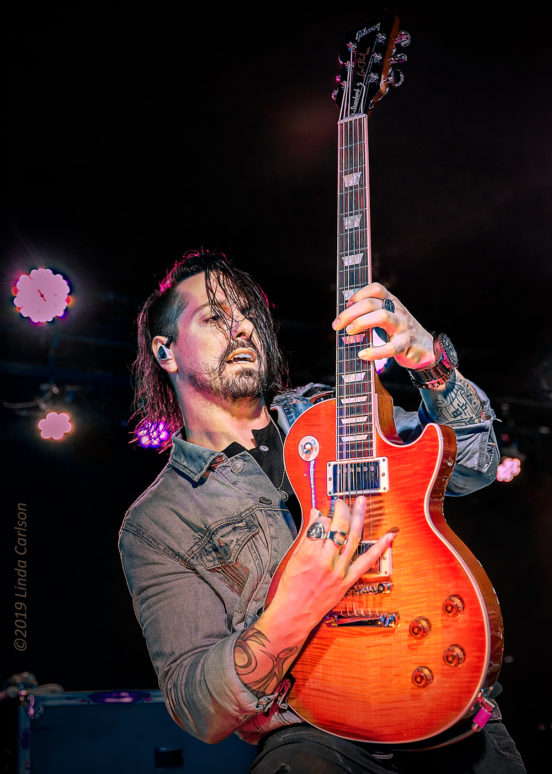 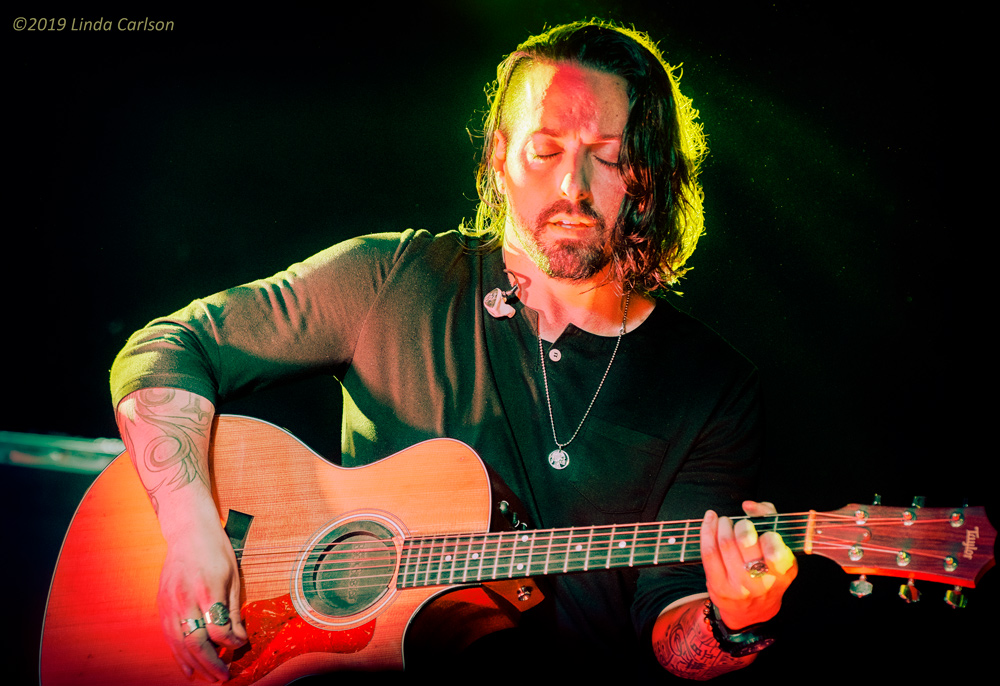 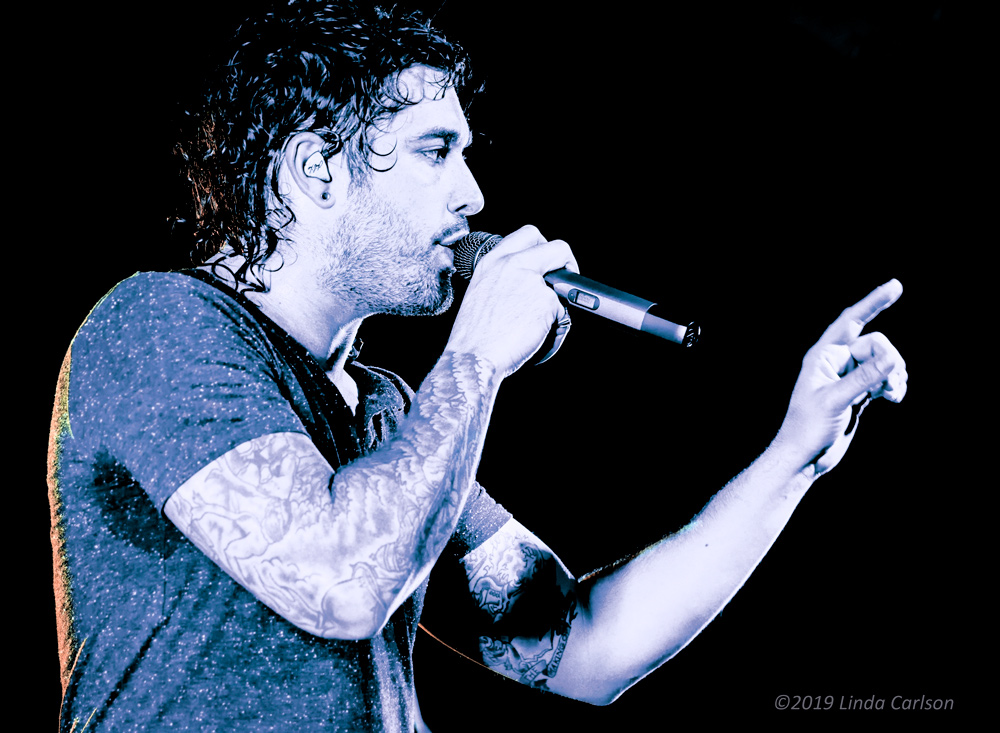 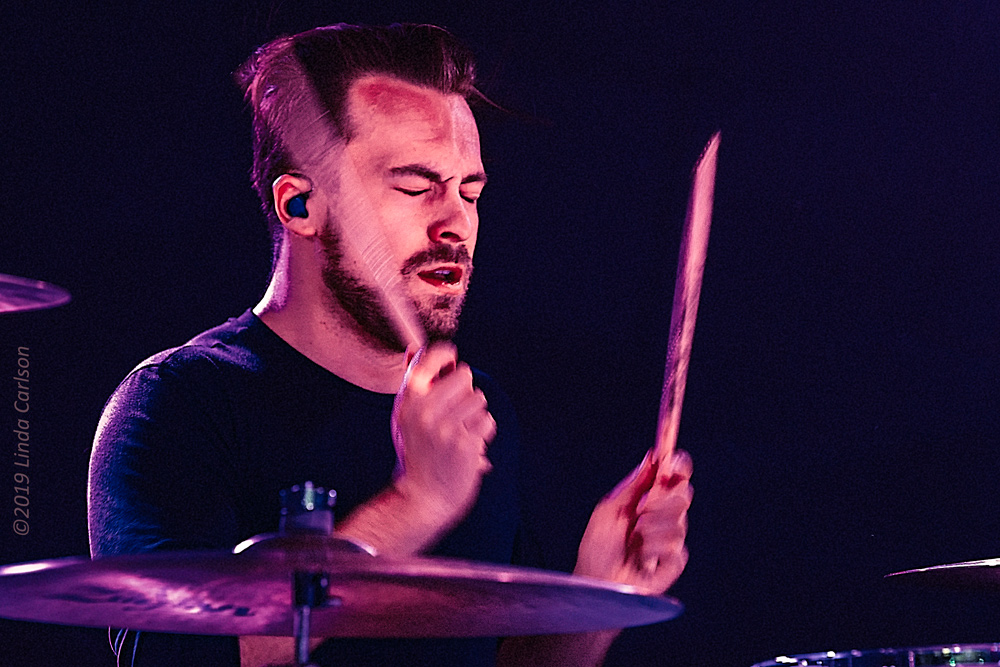 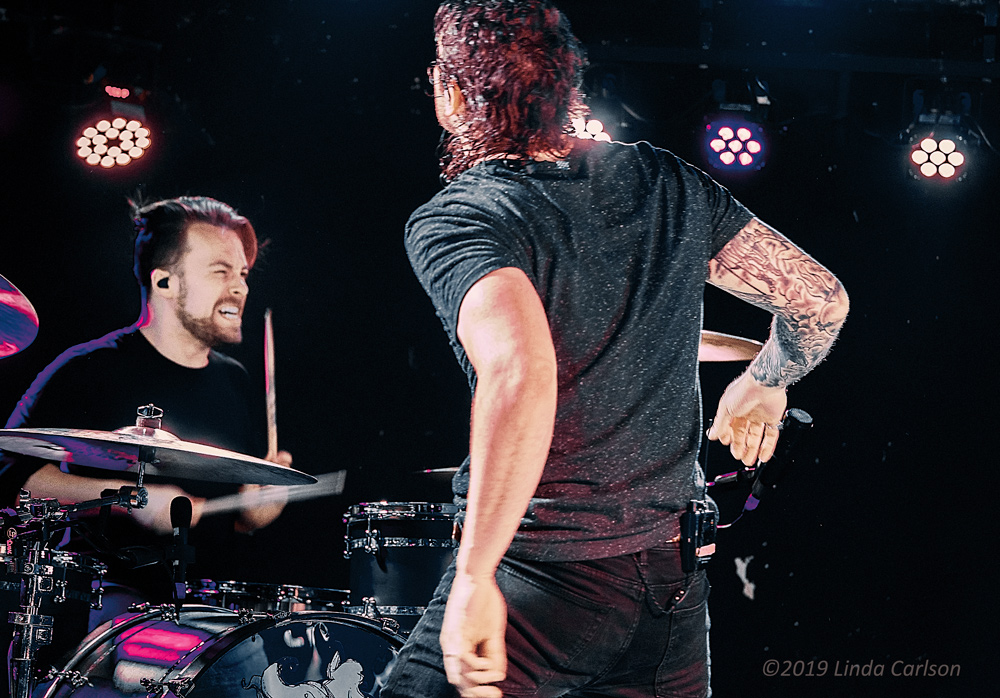