On this night outside Indianapolis, darkening clouds, gusting winds and an ominous radar report delayed the opening of the gates.  Being an outdoor venue with a covered pavilion and open lawn seating, weather plays a factor in safety for everyone.  The entry lines snaked far and long with fans who were becoming restless at the delay.  Rain hit and then subsided, and after a two-hour delay, gates opened and eager fans streamed in.  The audience was pumped!

To accommodate the late start, Cannibal Corpse’s set was cut from the night’s fare, leaving Amon Amarth and Lamb of God to open.  Amon Amarth, a powerhouse metal band from Sweden, put on a high octane performance that whet the crowd’s appetite for some melodic annihilation.  With a Viking ship jutting onto the stage to give that profound sense of power that strong metal bands exude, Amon Amarth performed a six-song set, starting with “The Pursuit of Vikings” and closing with “Guardian of Asgaard.”

Lamb of God vocalist Randy Blythe is a pure professional who never ceases to put on an amazing, crowd-pleasing show.  In pure Blythe fashion, he strutted commandingly on stage, staring intensely into the audience, doubling over to bring forth his insane guttural vocals.  His head-bangs resembled Medusa’s locks flailing wildly through the air, and on several occasions, he performed aeronautical leaps that brought his knees to head level.  Each of the eight songs were met with raucous cheers, with “512” receiving a particularly strong welcome.  Although lead guitarist Mark Morton, bassist John Campbell (with hair that flows like no other), drummer Chris Adler and guitarist Will Adler are, by comparison to Blythe, less physically intense, their instrumentals are all power.

There is something very special about the opening of a Slayer performance.  The stage crew readies the set behind a large black curtain, which drops as the band plays their intro, in this case, “Repentless,” which aptly defines a Slayer concert.  Pyrotechnics abound, and fiercely intense, classically Slayer beats assault the senses, and indeed the body.  A woman in front of me turned to me and said, eyes wide, that the acoustic energy was so powerful that it actually made her shirt move.  There is a feeling, as you listen to the underbelly of rhythms, that danger is approaching, and there is an instinctive urge to look left and right to see what might be approaching.

True to their epic thrash metal roots, the band delivered seemingly boundless power to these fans, many of whom have called Slayer their favorite band for more than 30 years.  Slayer gave a spectacular farewell to them, performing an 18-song set of Slayer classics (listed below).  Kerry King’s iconic stance and breathtaking riffs are something to behold, never to mimicked by another.  Alternately, on the other side of the stage, Gary Holt delivered his own menu of mesmerizing power riffs.  As Slayer fans are accustomed, Paul Bostaph’s drumming was riveting and thunderous, and bassist and vocalist Tom Araya, stoic yet fierce, gave a performance that fans will never forget.  For the uninitiated, Araya reminded the crowd what a payback is…”a BITCH!”  So noted!

Could it really be the end of an era?  Fans will mourn.  But until this tour ends, there’s still an opportunity to take in a show, one that will undoubtedly be etched in your memory forever.  It’s worth it!  Check their website for a tour near you:  www.slayer.net.   They’re heading to Europe in June…perhaps a “road trip” might be in order? 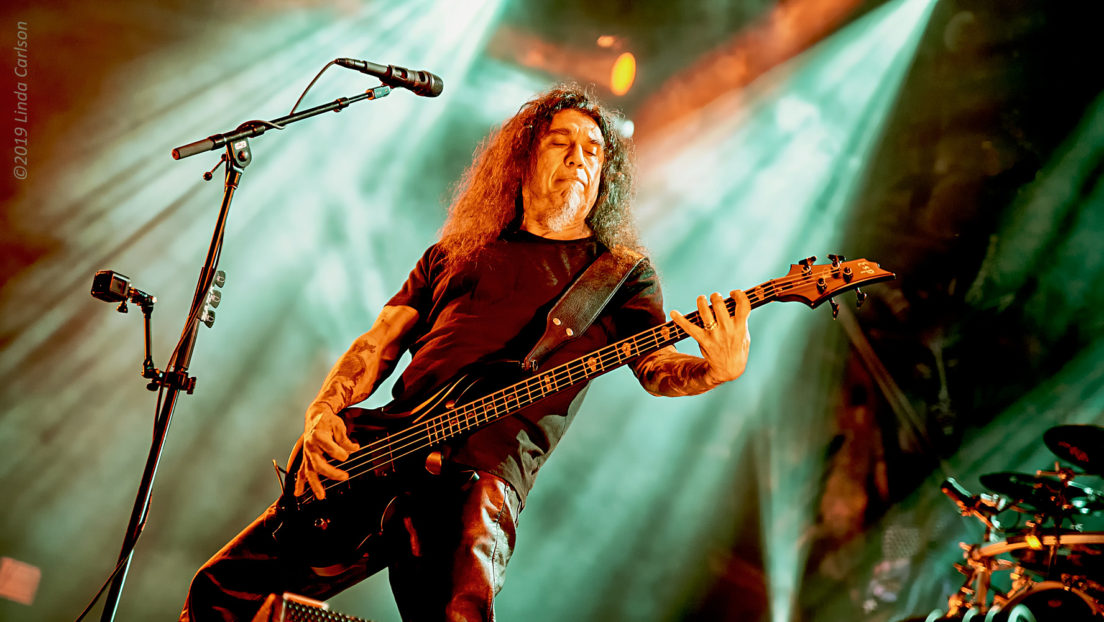 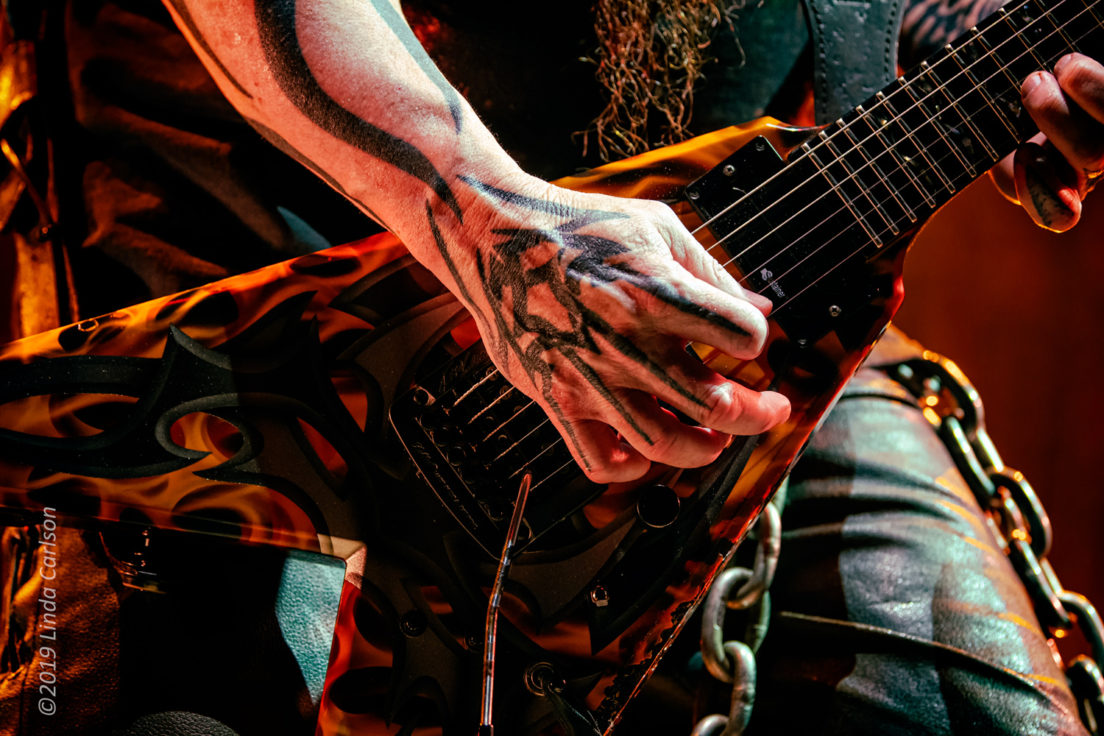 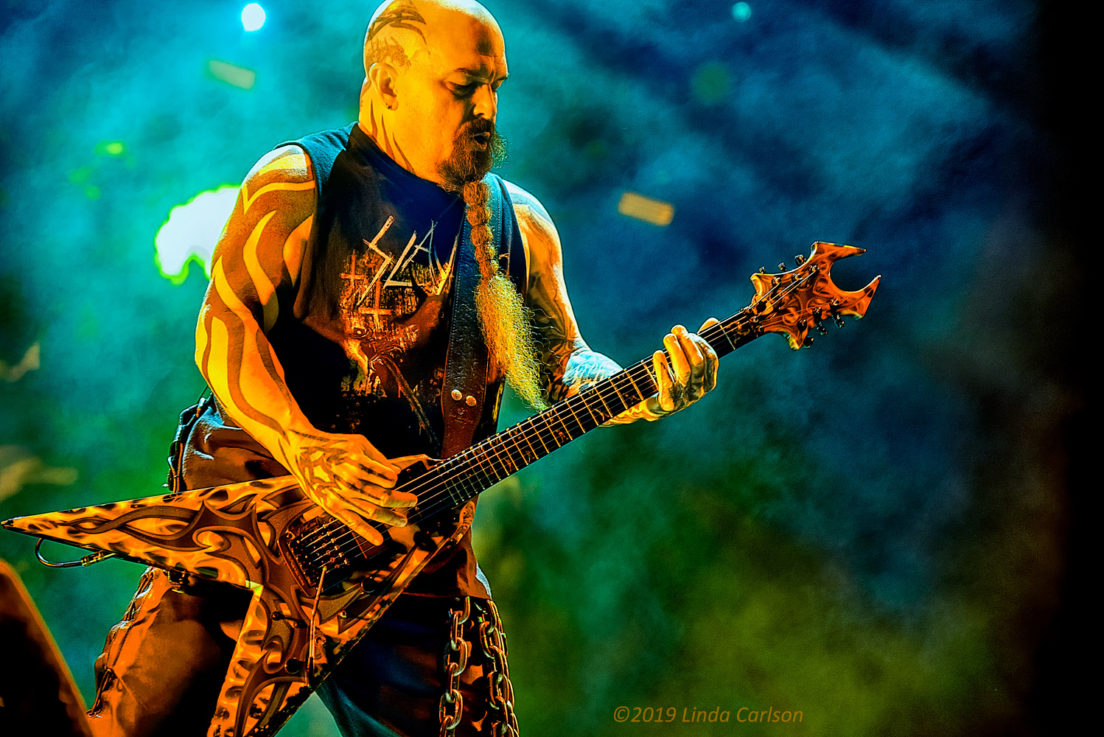 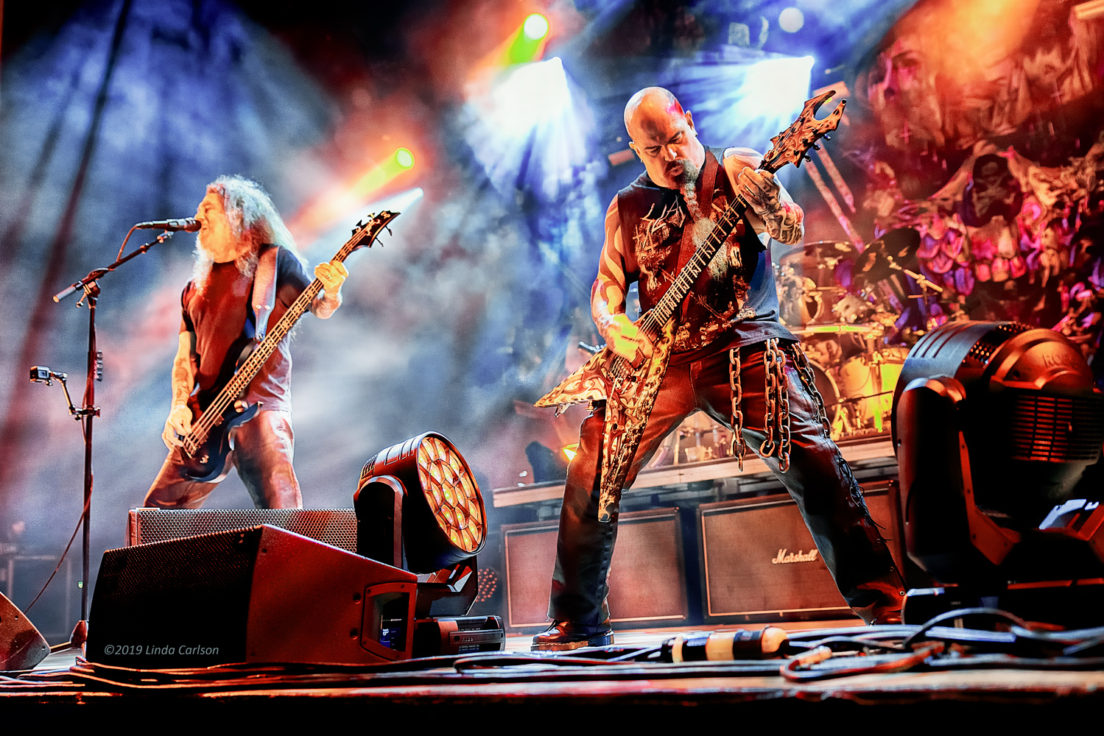 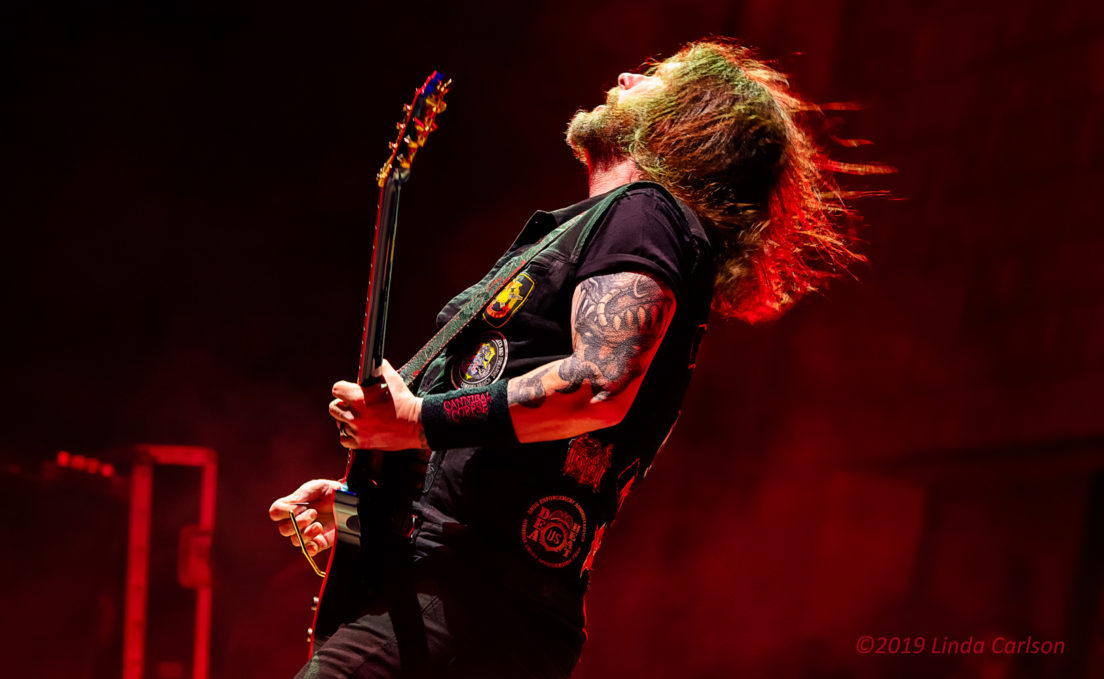 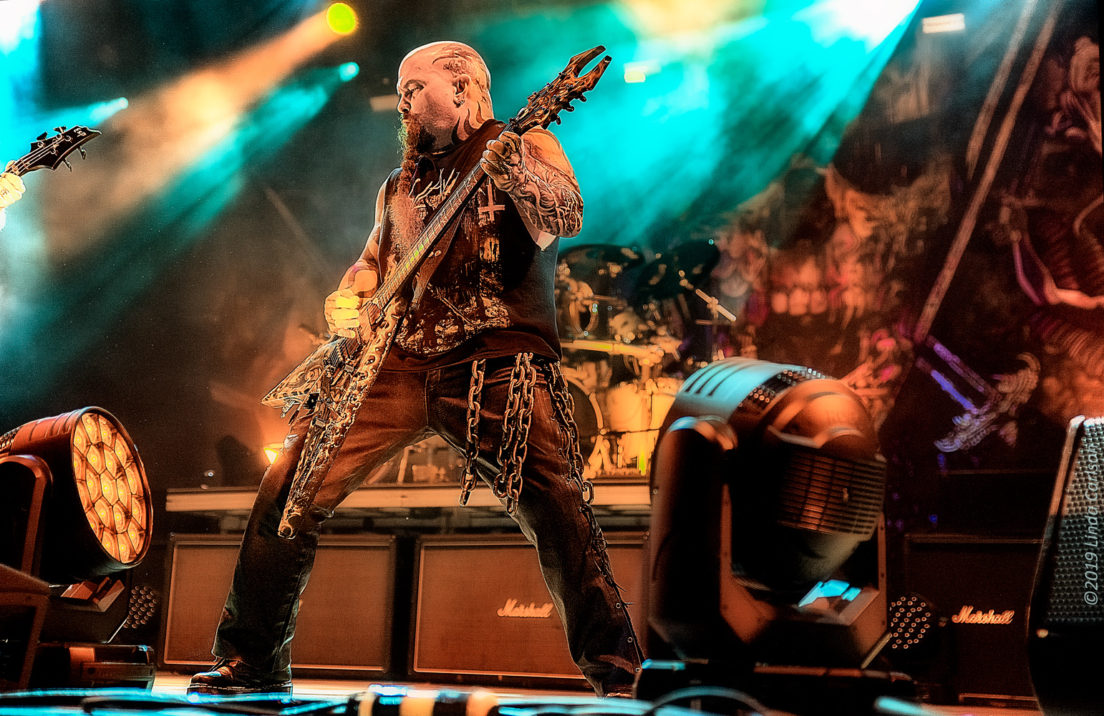 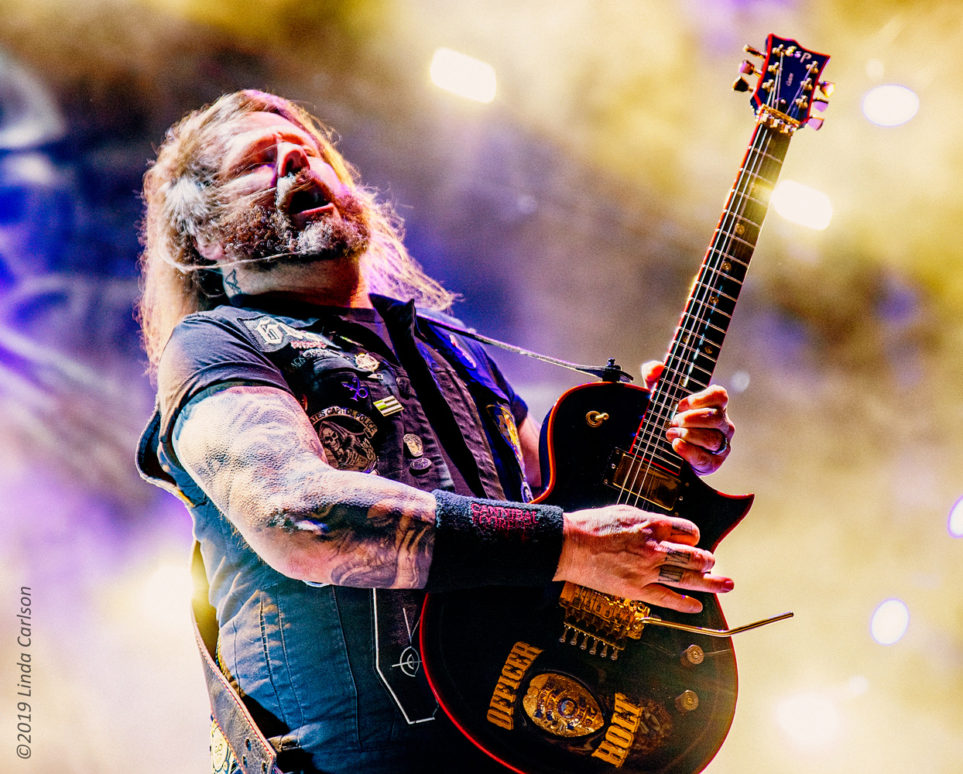 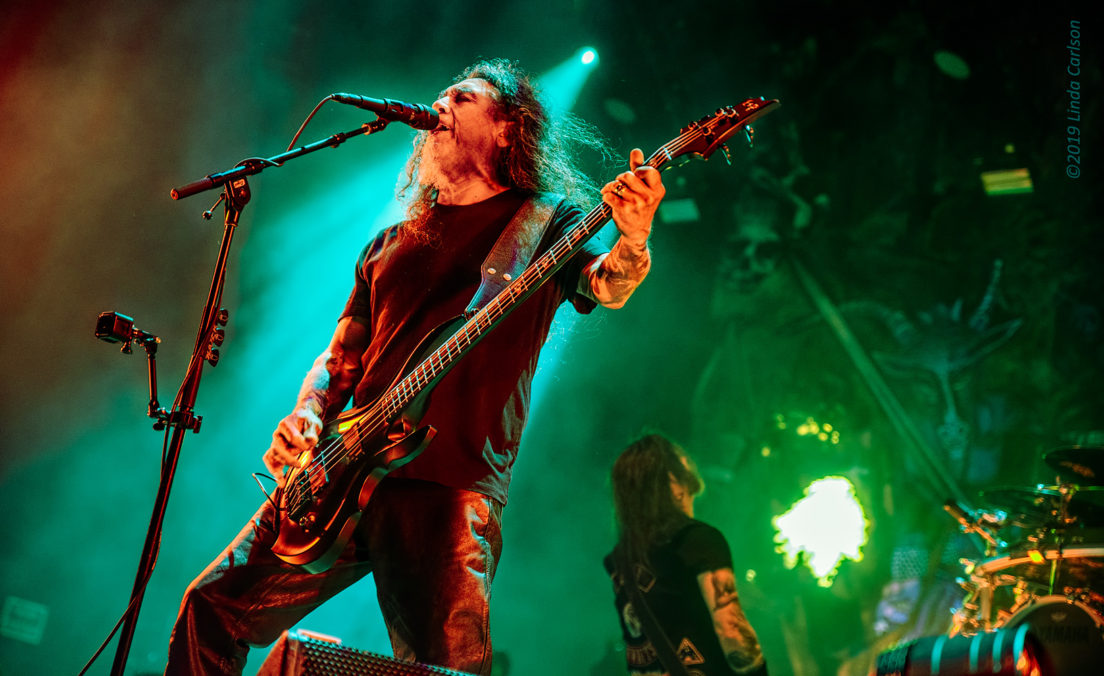 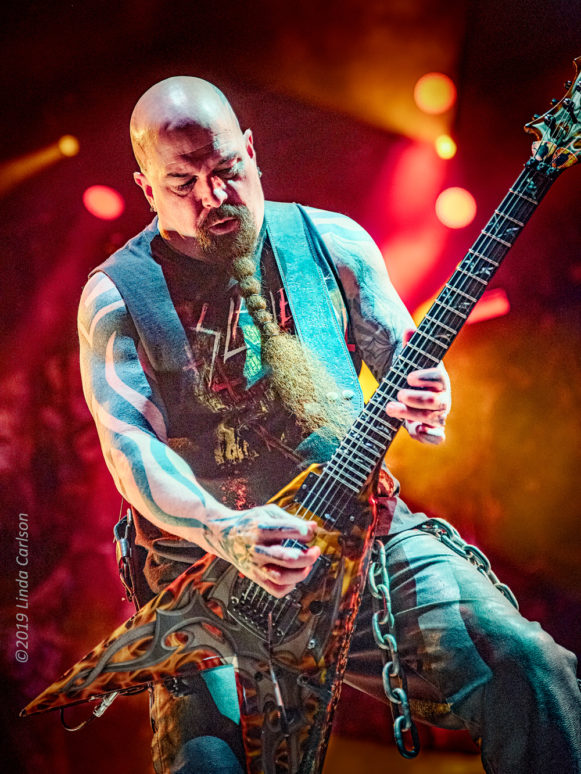 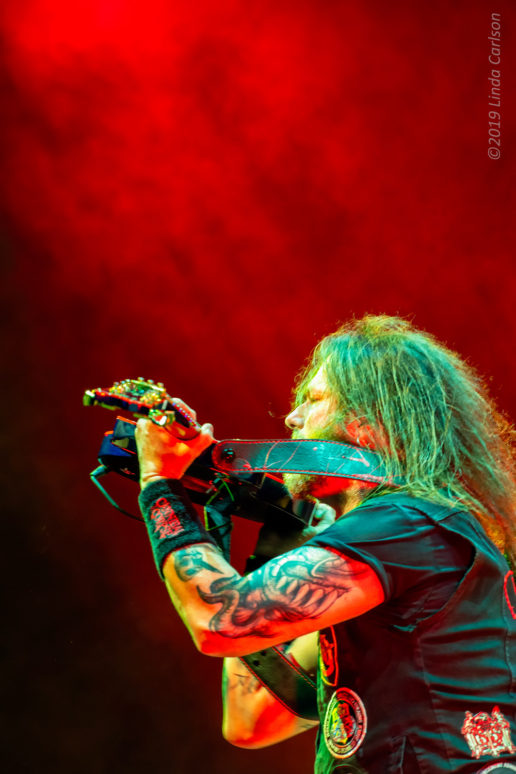 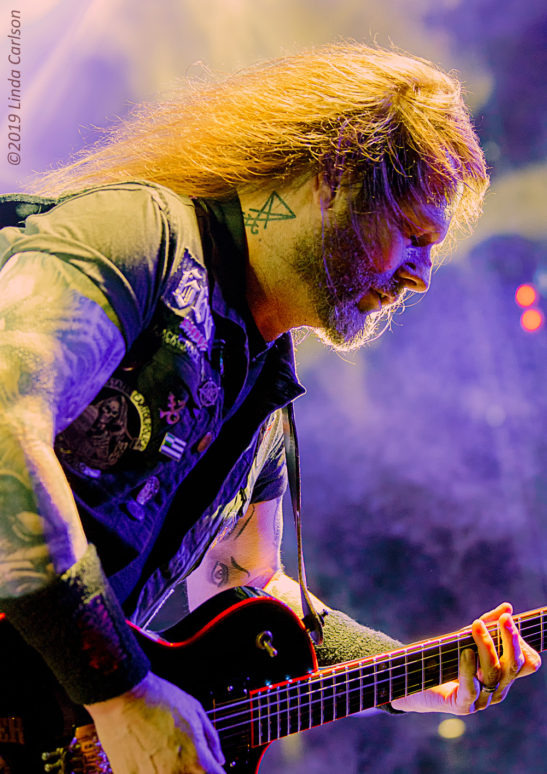 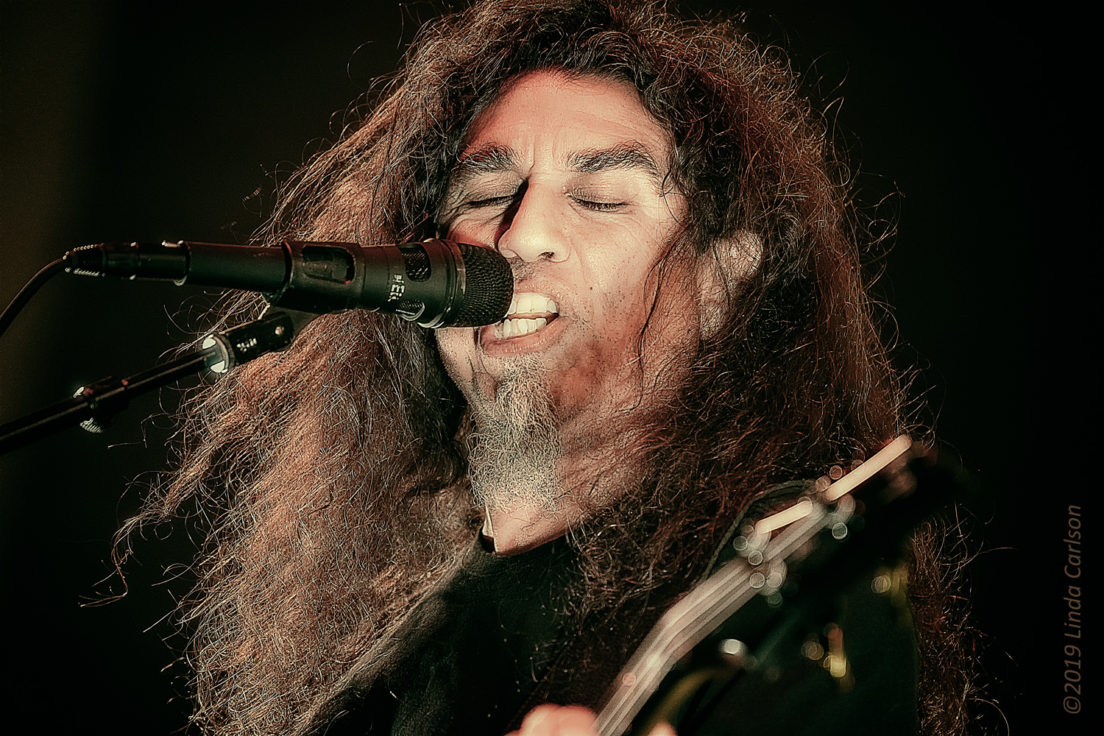 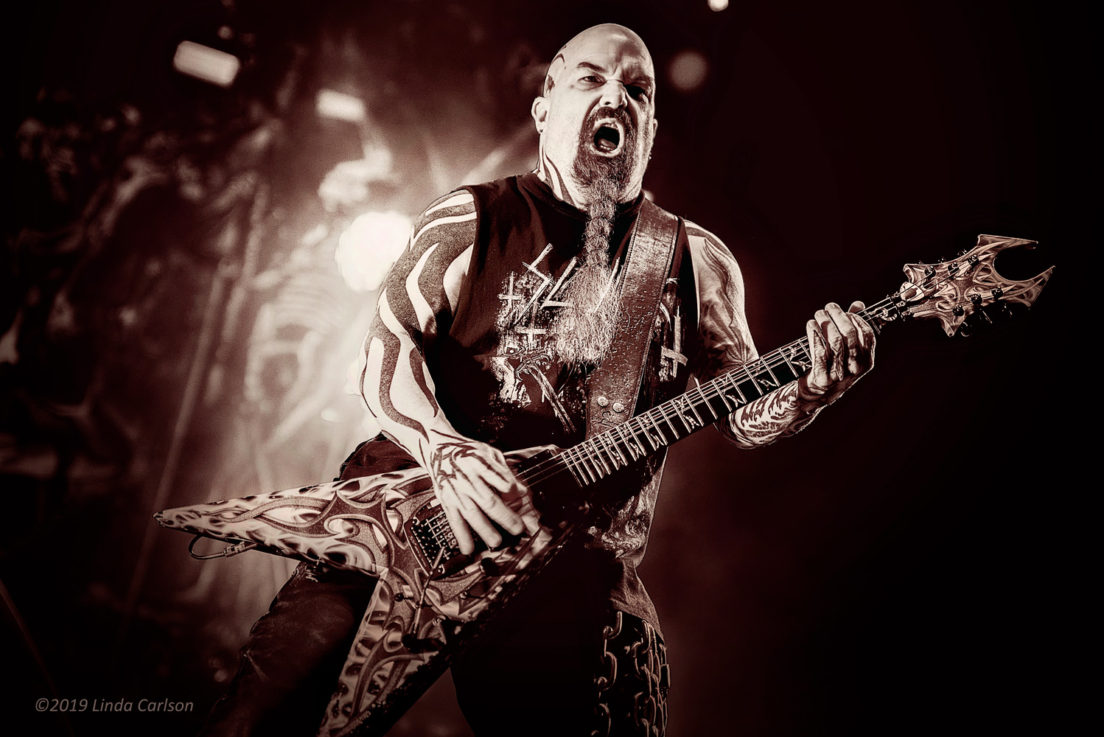 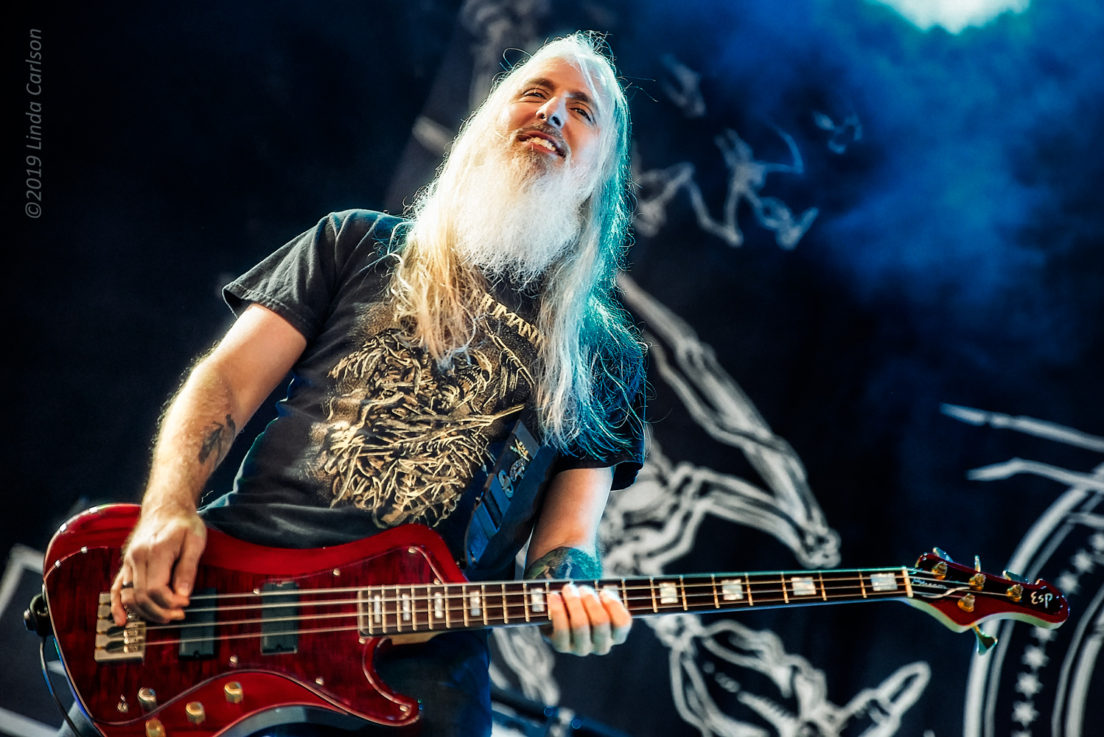 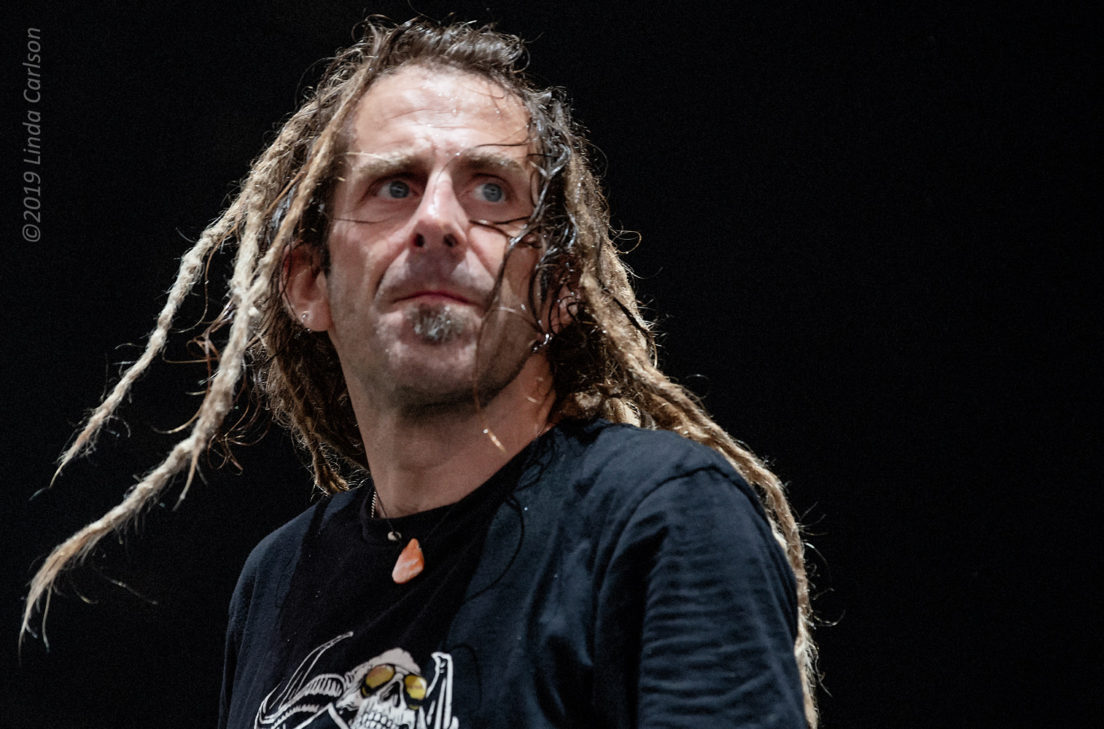 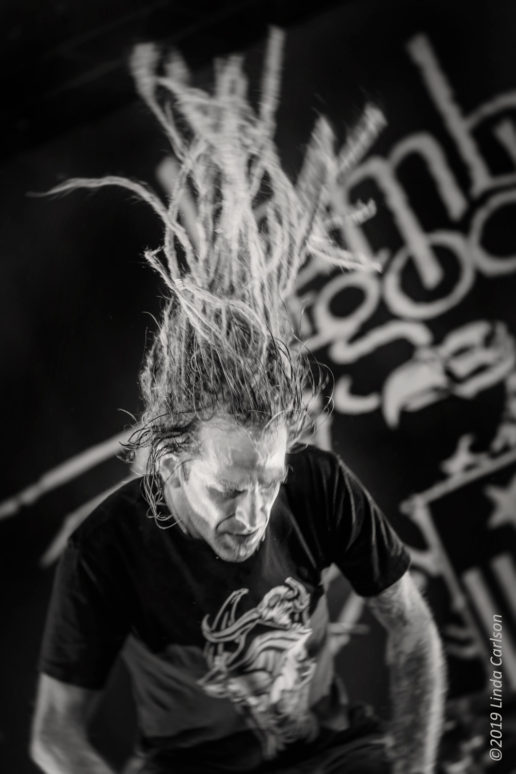 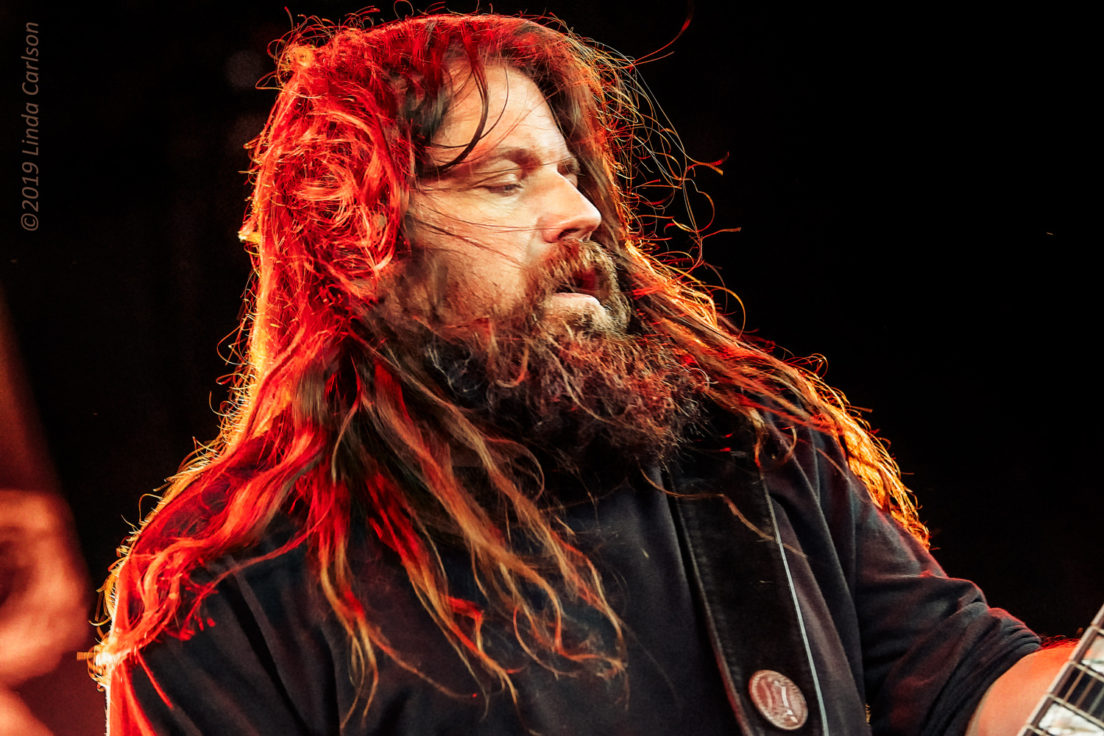 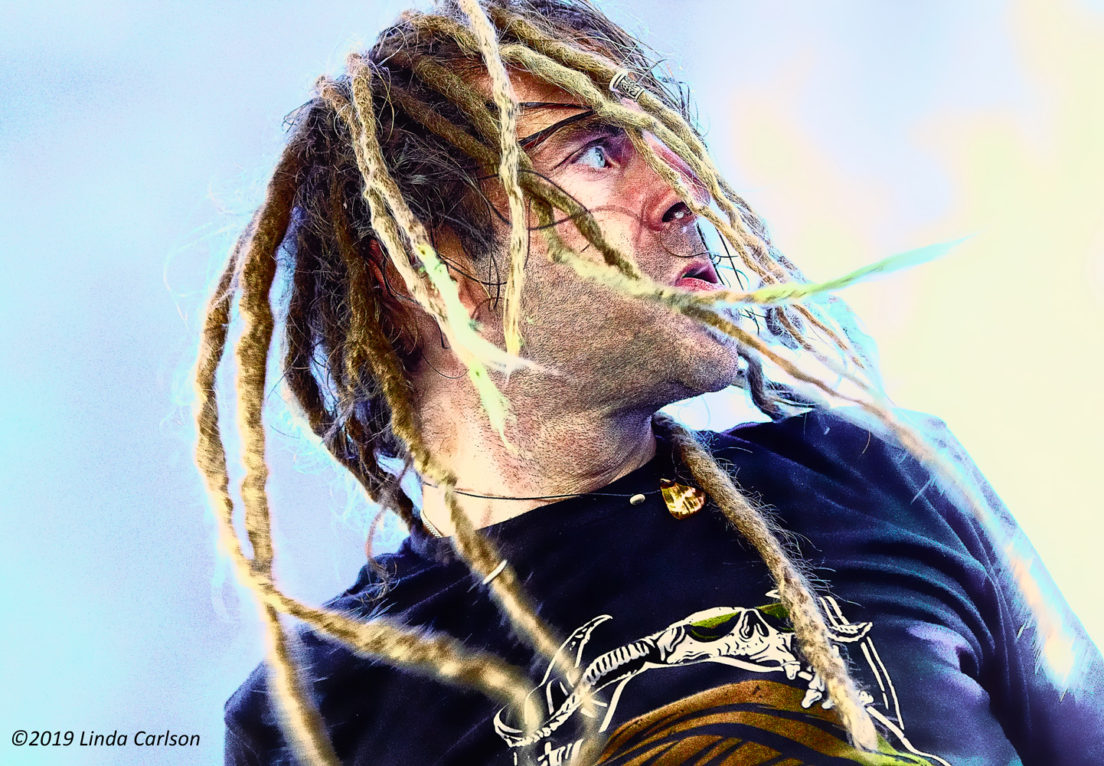 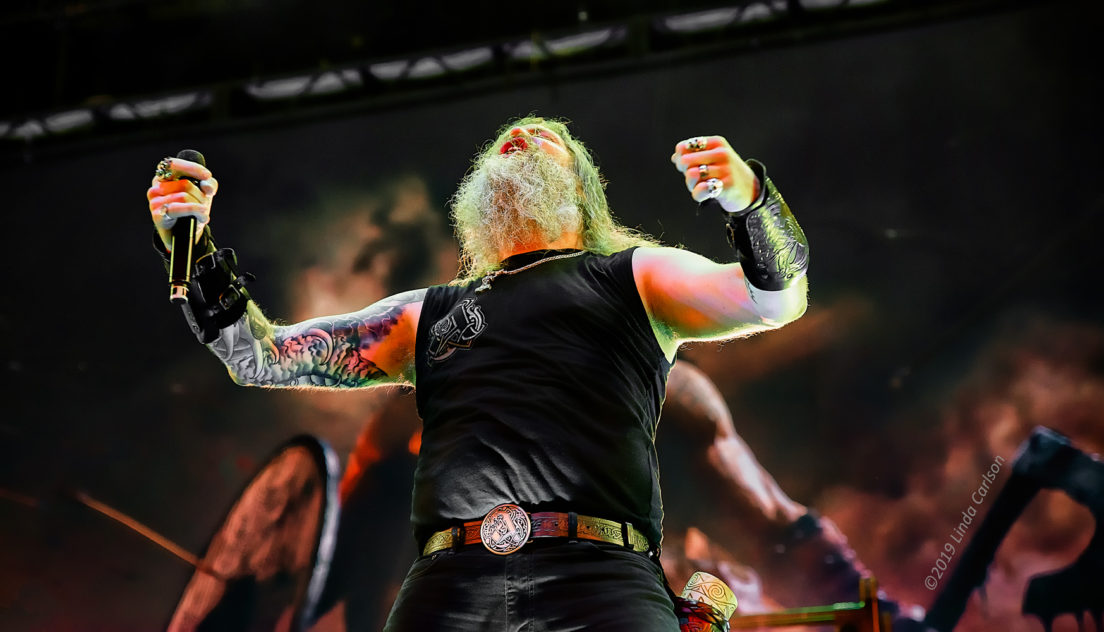 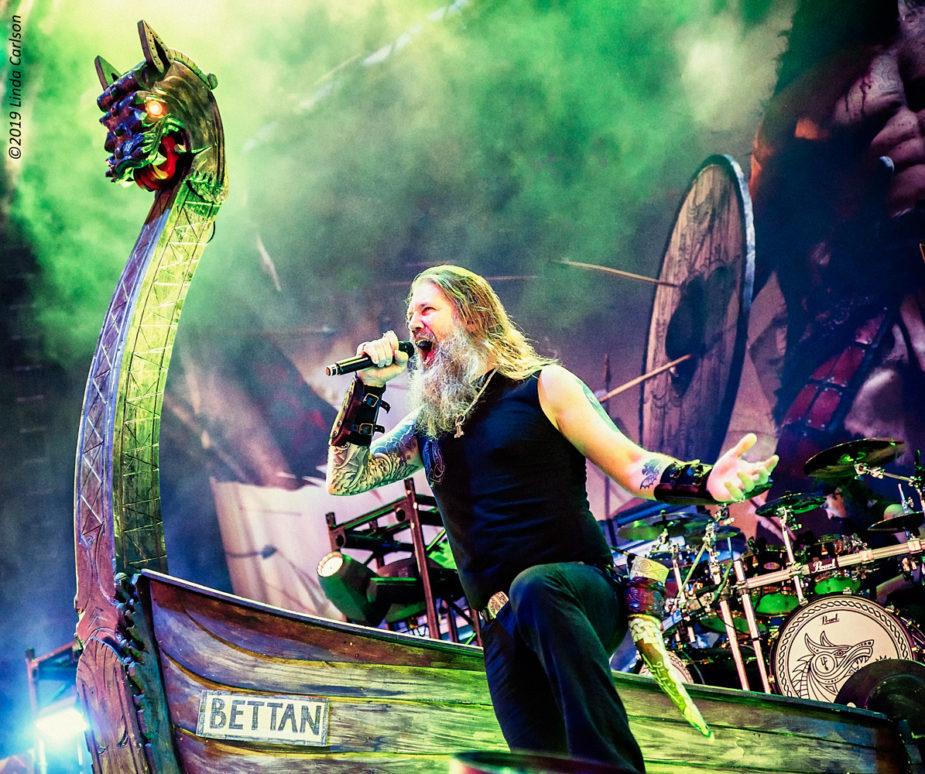 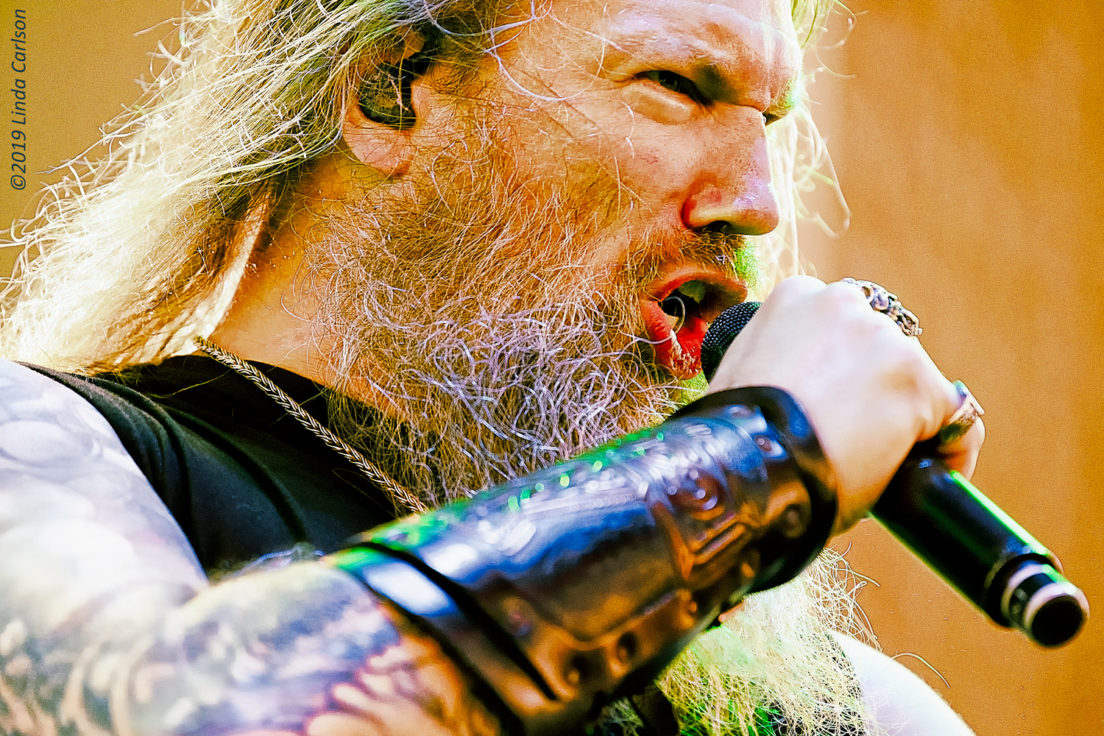 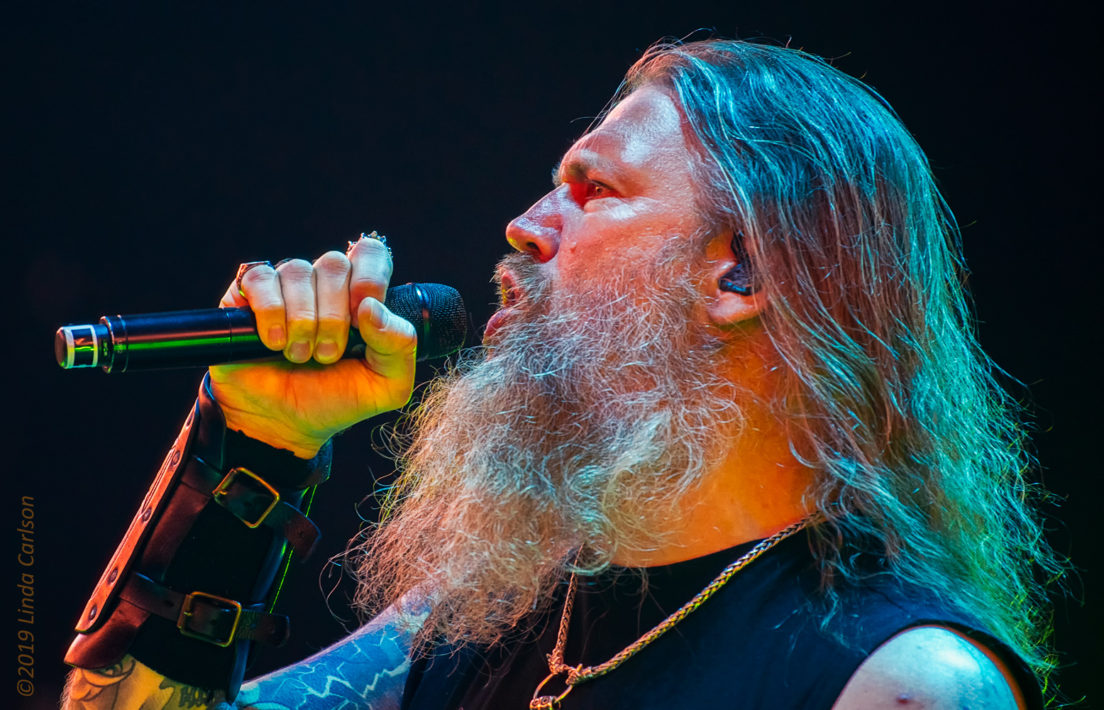