Cincinnati, OH – There’s a storm a-brewin’ and it’s coming from down under, as Australia’s newcomer The Faim hit the stage in support of Andy Black (of Black Veil Brides).  Here in his native Cincinnati, Andy Black (born Andy Biersack) drew a considerable crowd at Bogart’s.  This offered concert-goers the opportunity to experience The Faim.

Founding members Josh Raven (lead singer) and Stephen Beerkens (bass & keyboards) first formed the band in 2014 while in high school in Perth, Western Australia.  As so often happens, the line-up gets shuffled about, with the band recently adding Samuel Tye (guitar) and Linden Marissen (drums and percussion) in January.  From their performance, one would never suspect that the line-up is new.  All the elements of the show came together flawlessly, electrically charged and spontaneously combustive.

Raven is a natural front man.  Tall and lean, sporting bold plaid pants (red on the front, yellow on the back) and a plaid jacket that only the most confident could pull off, he stormed the stage and almost immediately dropped to the photo pit, leaning in and singing directly into the eagerly awaiting crowd at the barrier.  Later in the show, he would go into the crowd itself and sing.  Unafraid to be close to fans and to make that personal connection, Raven brilliantly worked the audience, which welcomed him enthusiastically.

The performance is high energy and heady.  Their music is a strong punk/pop with a solid rock edge that makes it enjoyable to listen to, and fun to watch.  There is a confidence in these performers that is exciting to see.  They are young, but their performance is honed, and there’s a genuineness to the band that is refreshing.

“Faim” is French for “hunger.”  And this band is certainly hungry for success and working to make it happen as they promote their 2018 EP, Summer is a Curse, as follow-up to their single, “Saints of the Sinners.”

They continue to tour and gain momentum.  Check their website for tour dates: http://www.thefaim.com/ 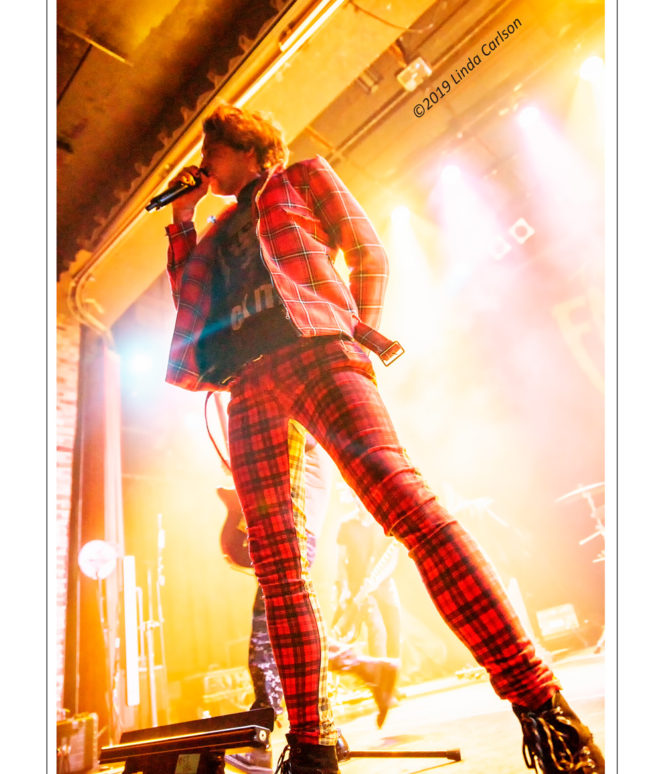 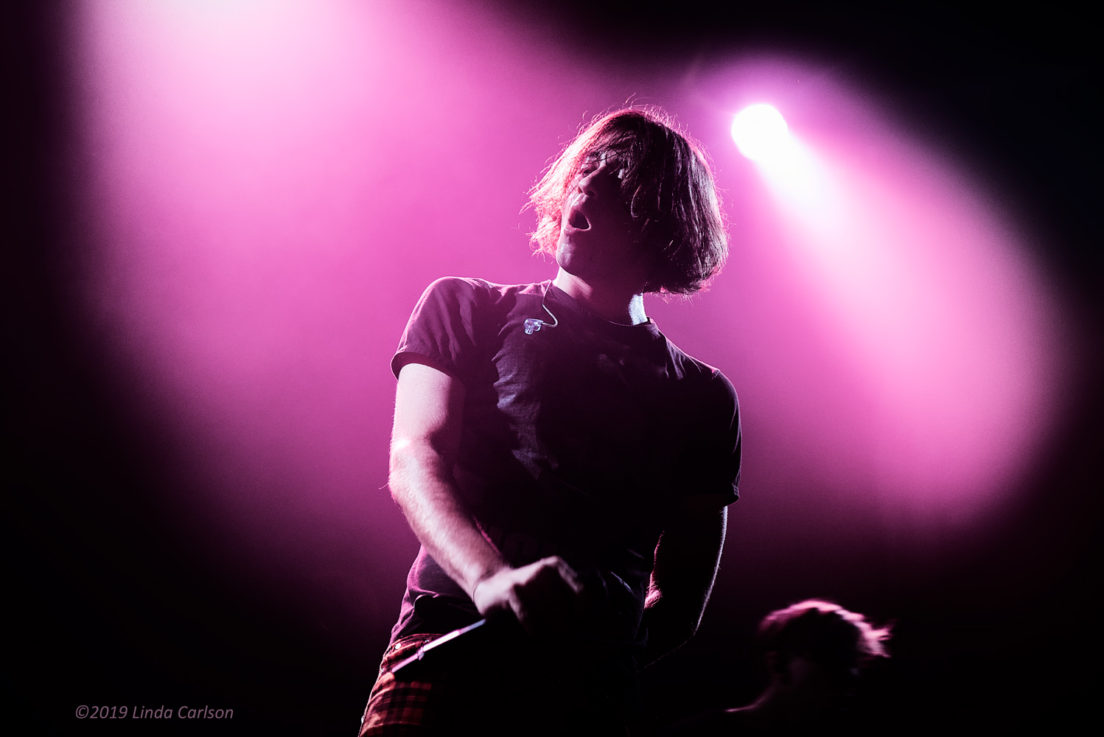 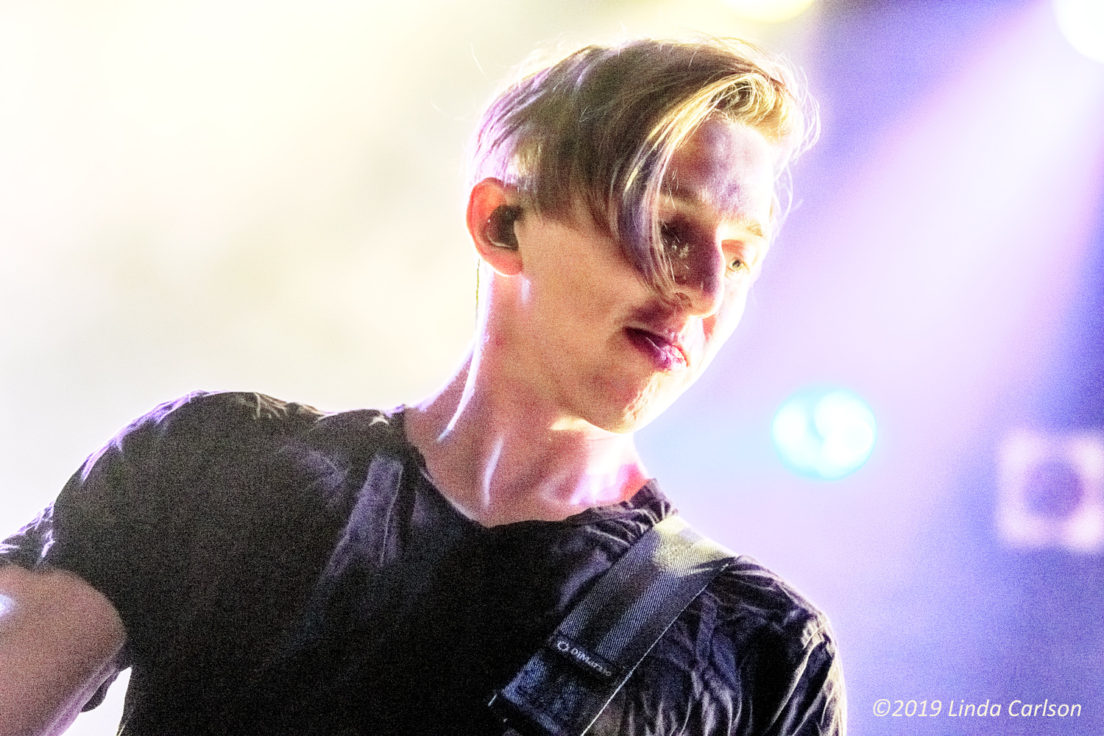 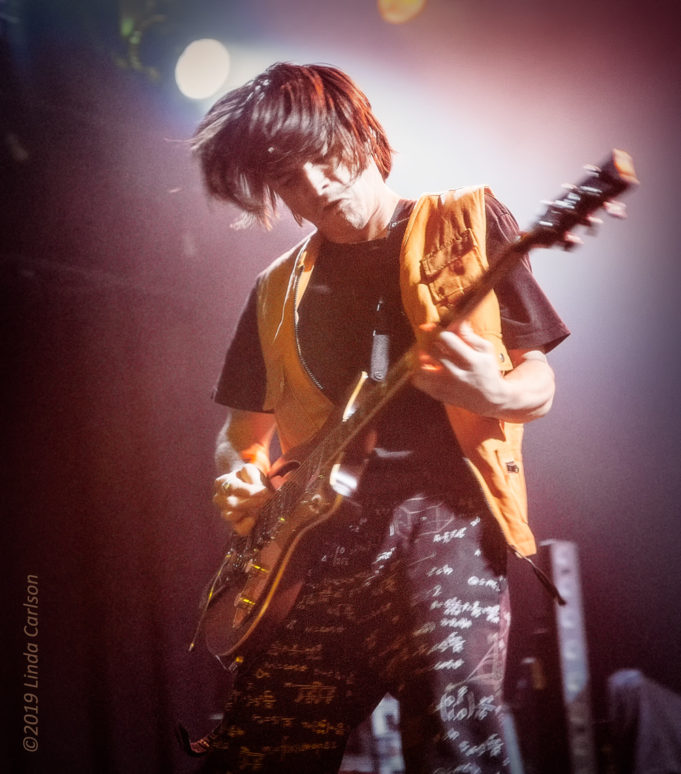 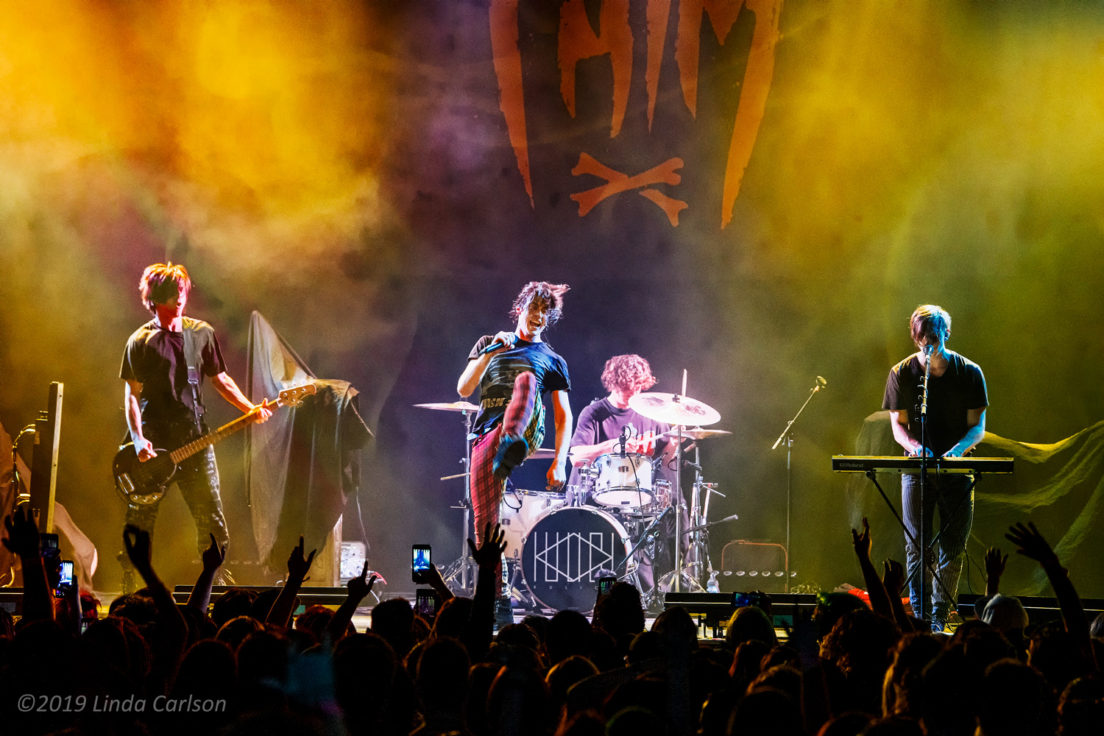 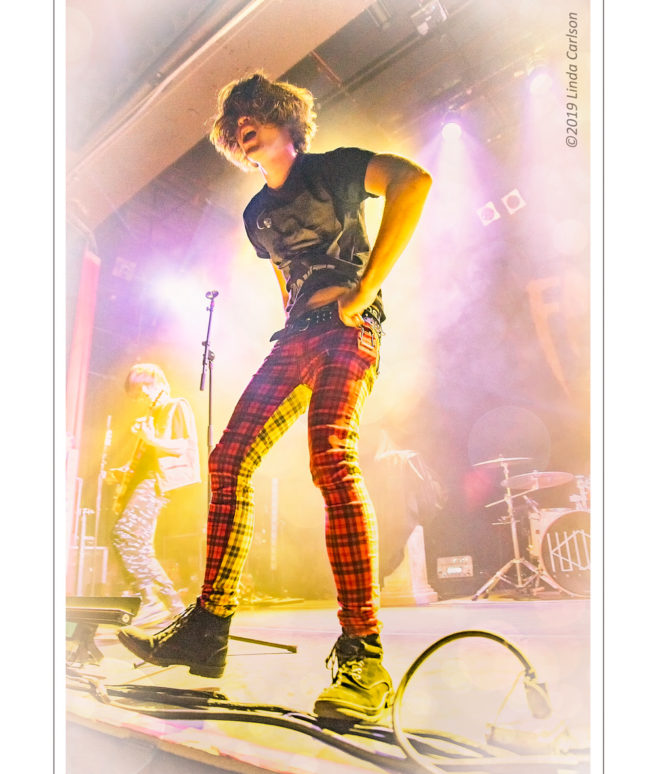 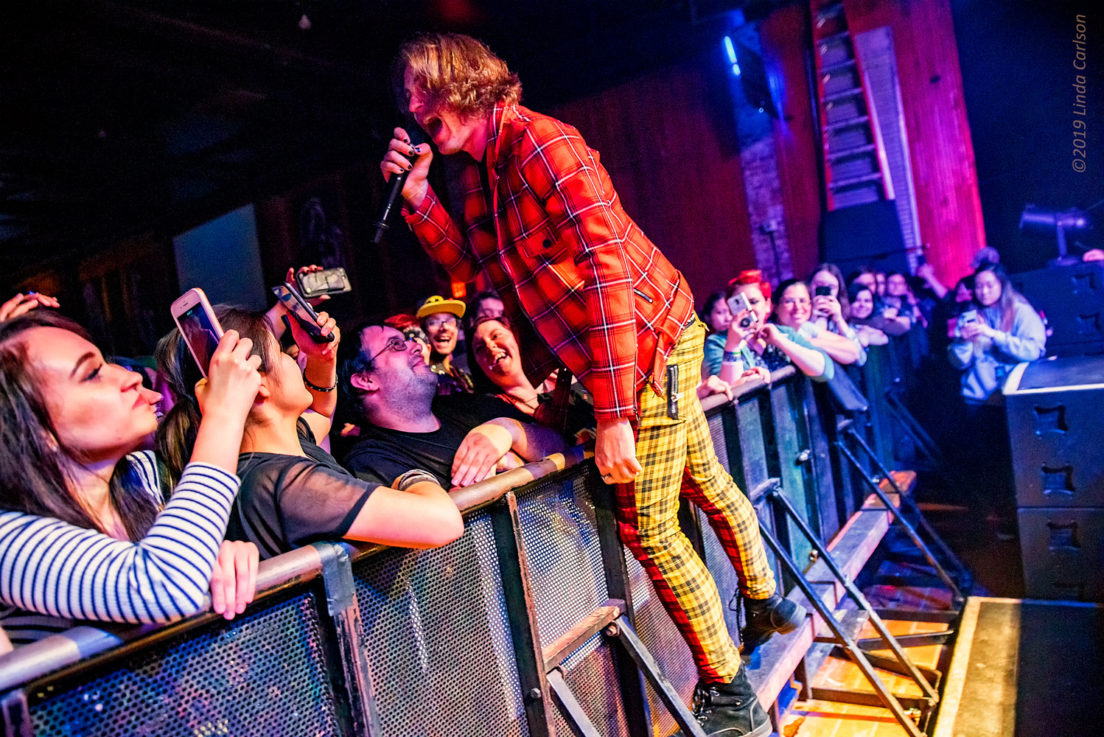 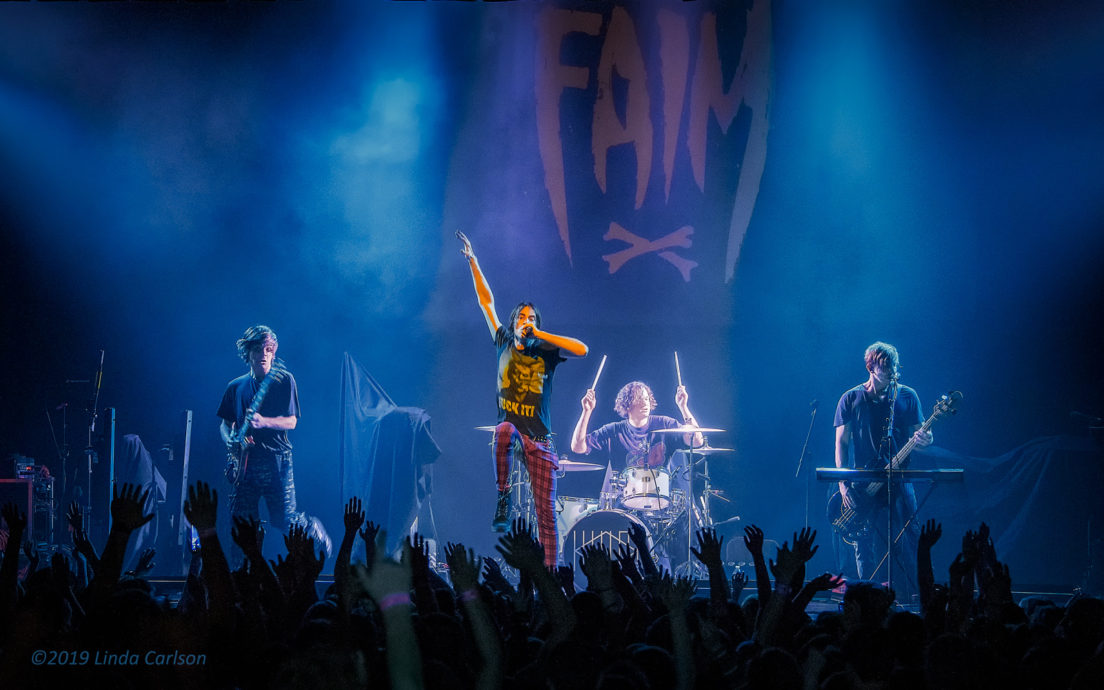 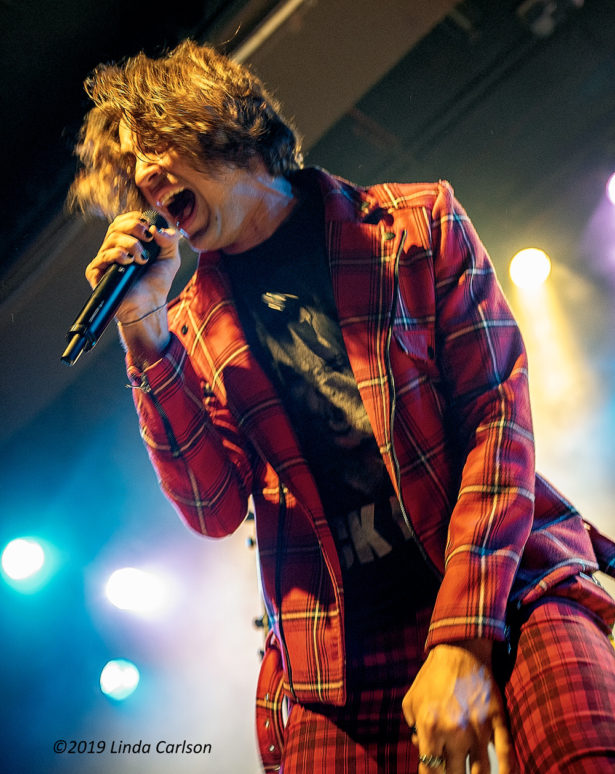 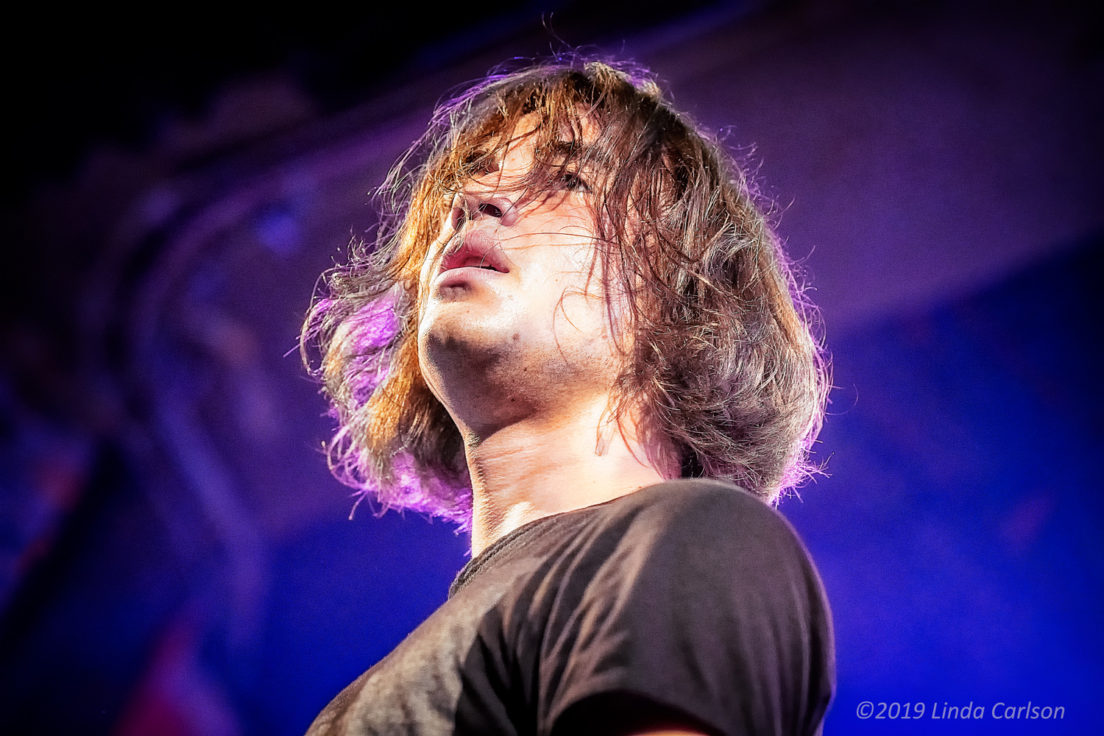 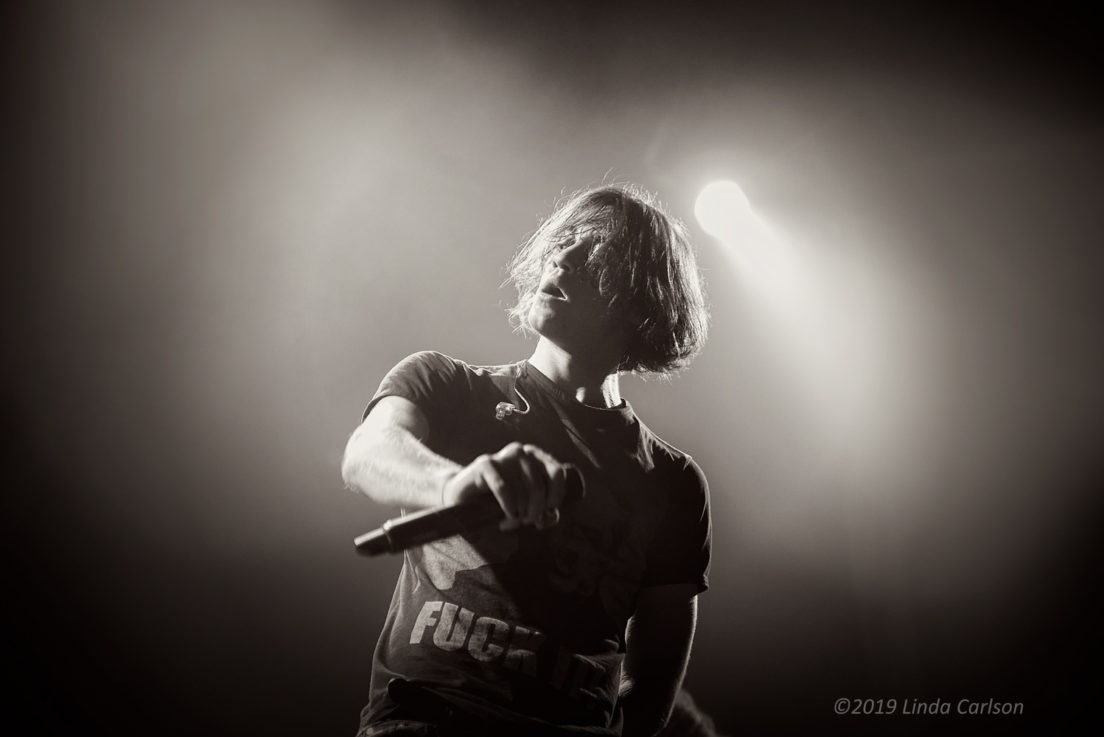 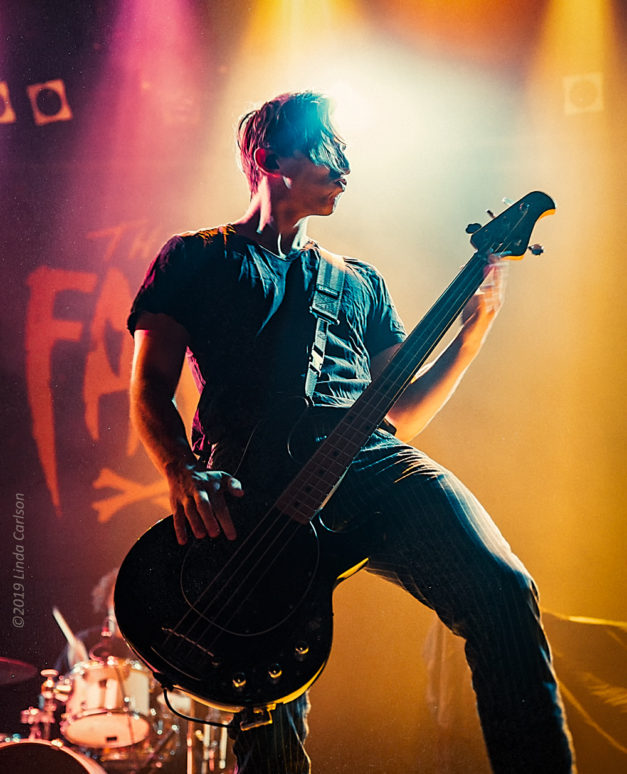 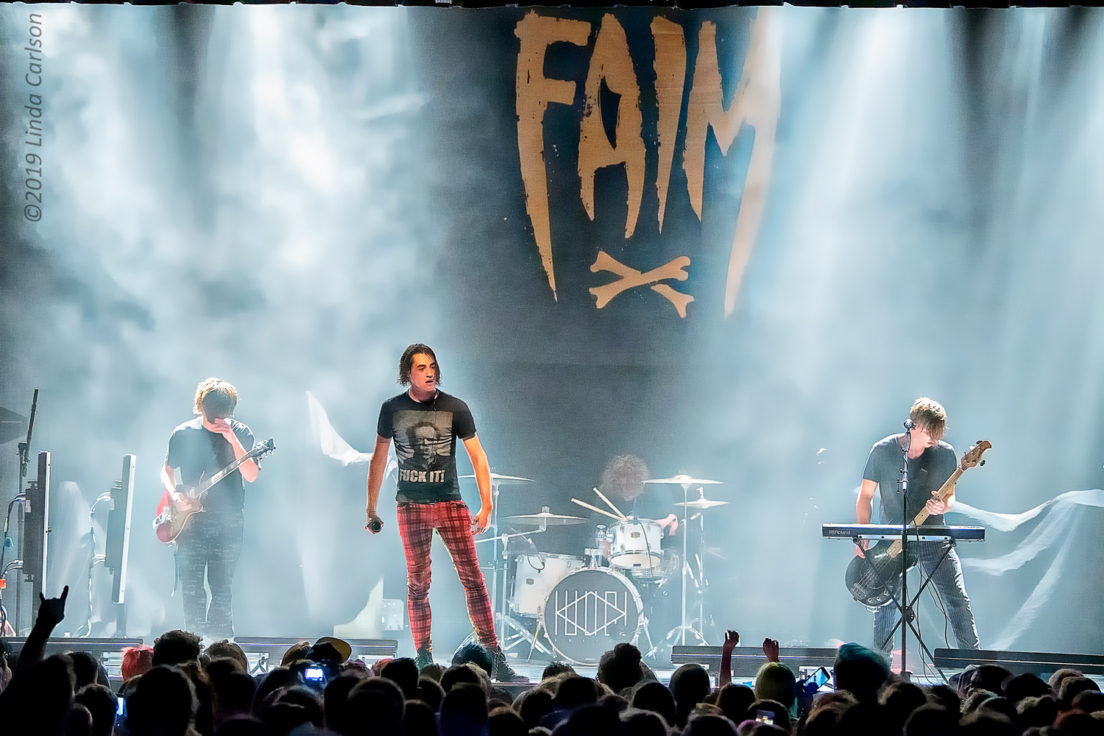 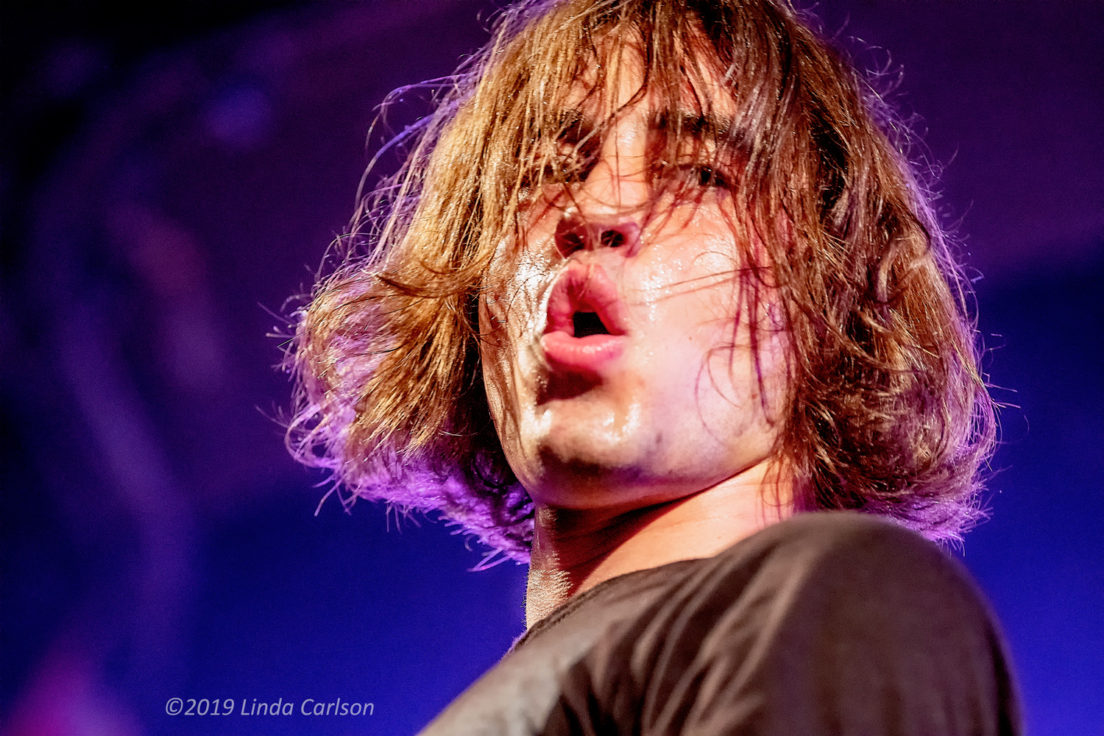 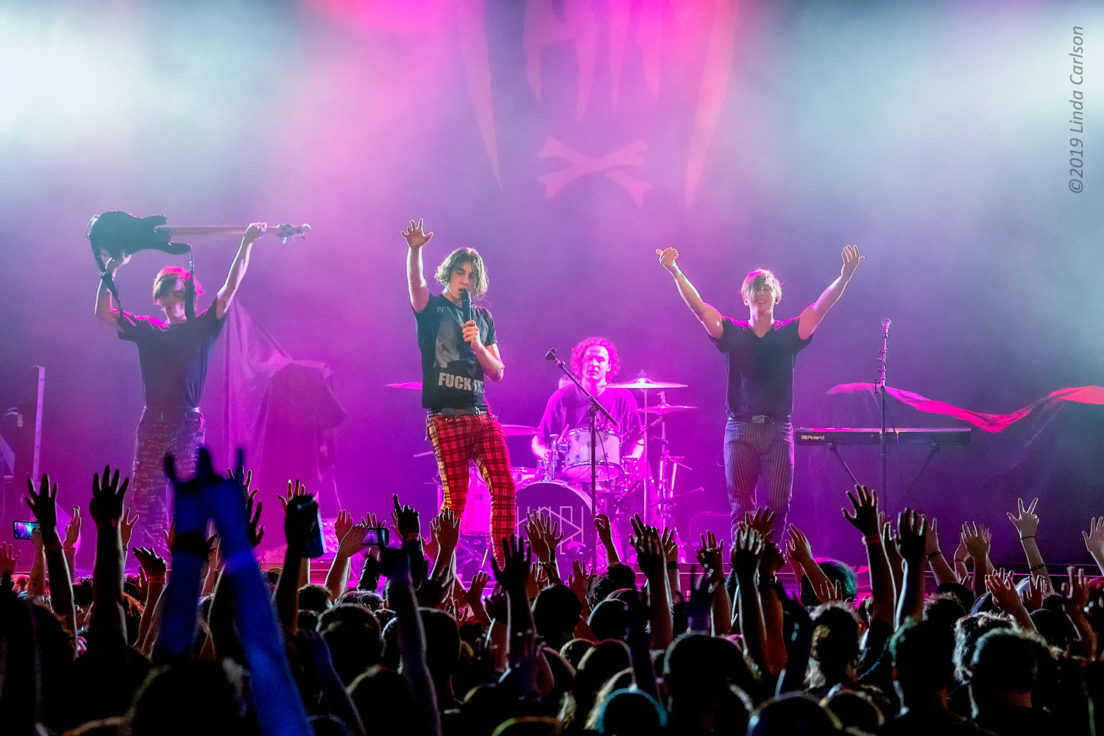 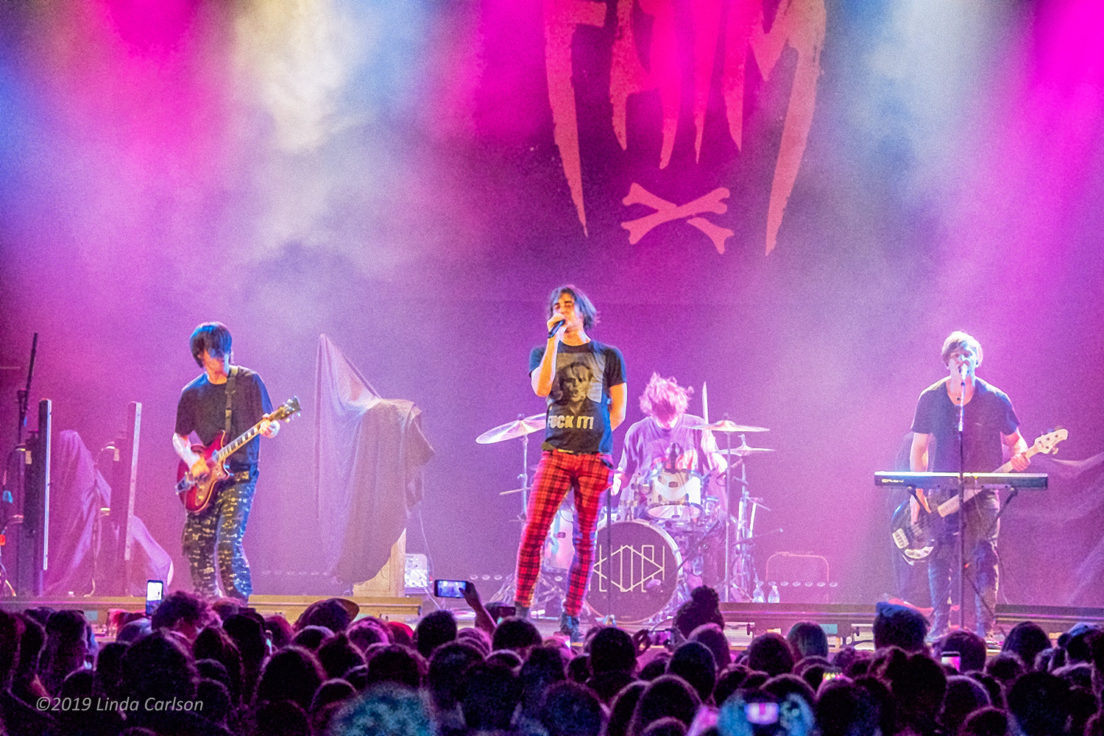 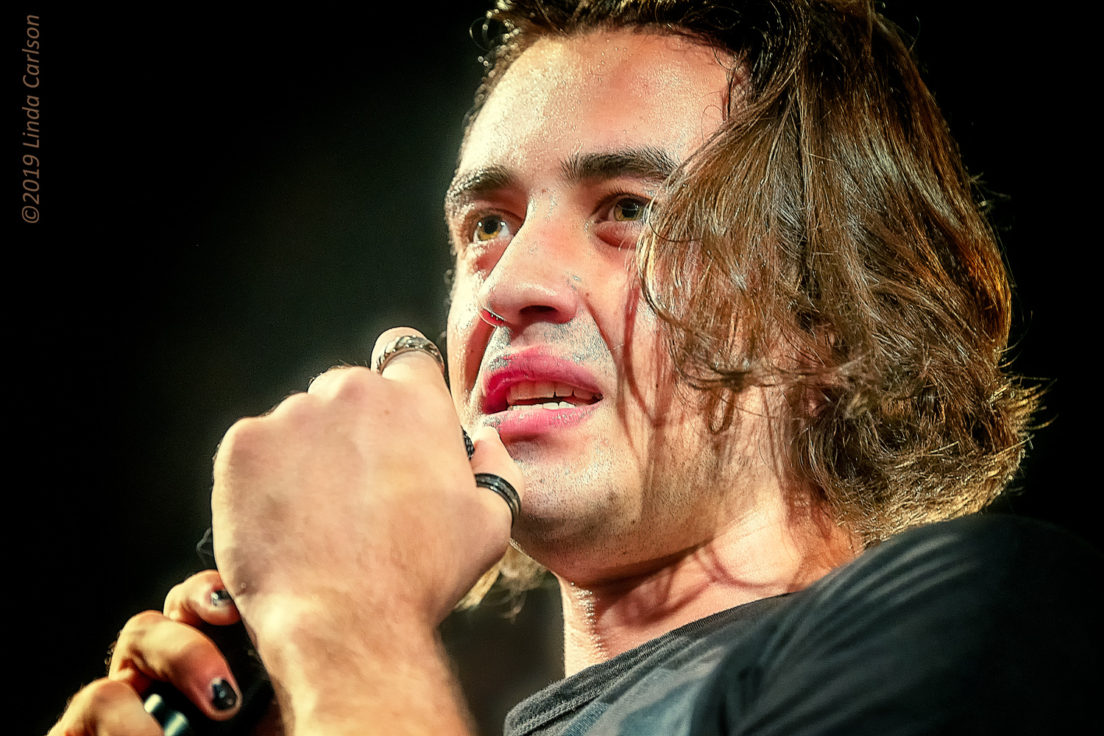