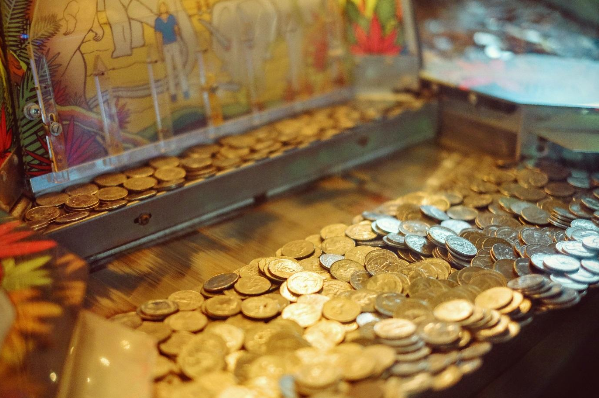 The casino industry is one of the biggest in global economics and it is expected to continue growing. It is perhaps because of how popular gambling is globally that television channels and production companies have produced game shows based on gambling.

The lure of being able to win big prizes while also getting your face on TV has helped such TV shows to gain a large number of applicants to be a contestant. They’ve not all proven to be a ratings success though, and in this article we will look at three of Britain’s most famous TV shows that have been created from casino games.

If you’d rather play online slots than appear on a game show, then it’s worth checking out https://casino.paddypower.com/c/slots.

In 2004, Sky One produced a reality mini-series titled Double or Nothing and although the series itself is not particularly well-known, one moment most certainly is.

When Ashley Revell took part in the show, he sold all of his possessions and changed his name by deed poll in order to gamble $135,300 USD on the roulette wheel at the Plaza Hotel & Casino in Las Vegas.

Revell decided to stake all of his money on red to come up on the next spin and his luck was in as the ball landed on red seven and he took home $270,600. With his winnings, he set up an online poker company – Poker UTD – which unfortunately went out of business in 2012.

He hasn’t stayed still with his life following the failure of Poker UTD, as he also owns iGaming Recruitment, which matches job applicants to online gambling companies, which seems like a perfect fit in itself.

In what is the most expensive game show in history, costing an incredible £15 million, Red or Black? was a game show thought up by media mogul Simon Cowell and broadcast on ITV.

It proved to be a flop, with the show receiving plenty of criticism for allowing people with a criminal record to take part in a bid to win the £1 million prize.

The format of the game show changed over the two series that it aired, and it never really picked up enough traction to become a firm favourite with those watching at home. Not even some famous faces making guest performances could help what was a drab show.

Simon Cowell was inspired to create the programme after Ashley Revell’s win in Double or Nothing.

Okay so this one is based on a game that is more likely to be found at an arcade than a casino, but Tipping Point is a fun game to watch nonetheless. Based on a traditional penny machine, the game features four people competing against each other in order to win the most amount of coins after the first round.

But in order to get 18 counters, they must first answers questions from six different categories. In each category the contestant must answer one question. There are three different levels of difficulty for each category, but they can choose which difficulty they choose. If they choose the hardest question, they will receive three counters if they answer correctly. Choosing the hardest question is a risk though, as you might get three counters, but if you answer it incorrectly, you get none, making it harder to win the jackpot later on.

It’s a fun TV game show that is popular with the British public, and with good reason, as it is reminiscent of many childhood holidays visiting traditional seaside towns and playing on penny machines.