Cincinnati, OH – A light June drizzle did not dampen the enthusiasm of the line of fans waiting to see Australia’s Chase Atlantic on this Monday evening.  A 30-minute delay in entering the venue meant the line only grew longer and the excited chatter louder.

Indiana’s Lauren Sanderson fittingly opened for the headliner.  Armed with a microphone and backing track, this enthusiastic 23-year-old proud Midwesterner captivated the young crowd with spirited banter and an infectious smile.  An extension of her mission of motivation and encouragement, her music is not quite hip hop, not quite pop, not quite rap, but perhaps a merry blend of all of them.  Between songs, she spoke words of empowerment, reassurance and affirmation, letting the fans know that they have control of their futures, urging them to push past conventional boundaries and stereotypes to pursue their dreams.  Her positivity was cheered.  Her transition from YouTube motivational speaker to touring motivational singer is showing great signs of success.

After Sanderson left the stage, the fog machines began churning and never stopped.  By the time Chase Atlantic hit the stage, the alternative pop/R&B band were mere ghostly figures moving through the mist, with only occasional backlight to outline them.  With the atmospheric blue and magenta haze enveloping the stage and seeping into the crowd (and indeed outside the venue doors and onto the sidewalk), the band performed high-energy songs while lead singer Mitchel Cave danced emphatically across the stage, his head-full of braids dancing through the mist as well.  There were layers of guitar, tenor saxophone and drums that added interesting depth to the music.

At one point in the show, band members tossed bras into the crowd – quite a few of them, actually.  From my view at the back of the venue at this point, I cannot say where these bras came from, but they most certainly ended up in the crowd.

By the response of the fans, they loved the show!  The band continues to tour stateside, with dates listed through late July on their website: https://chaseatlantic.com/pages/tour-dates. 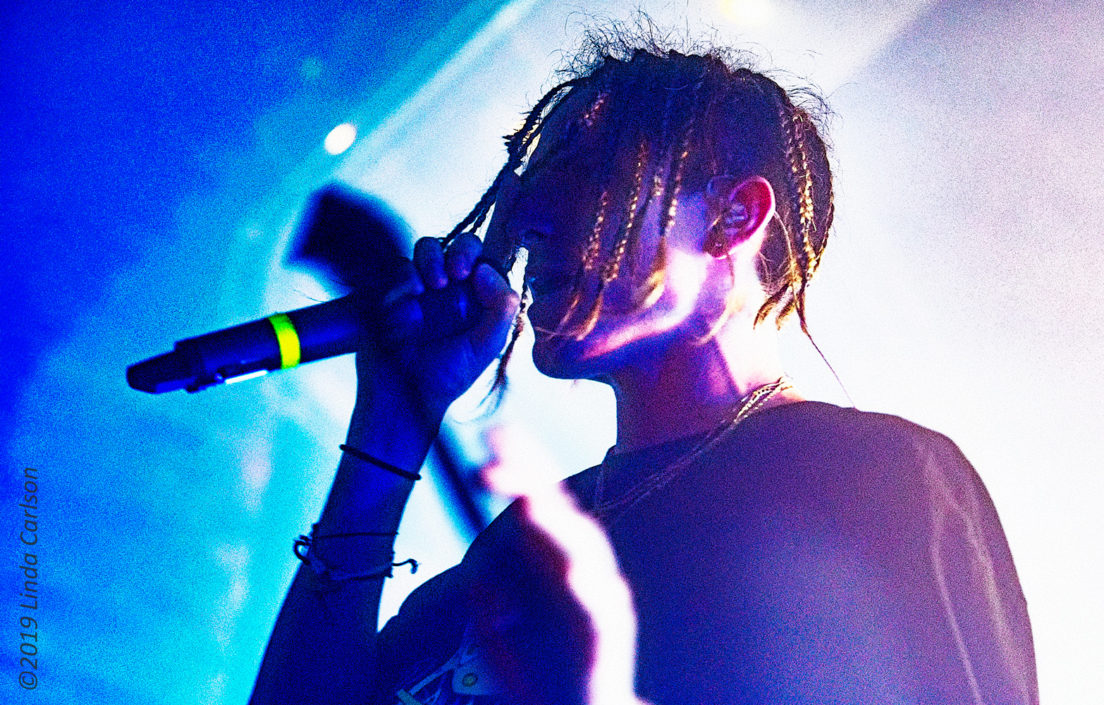 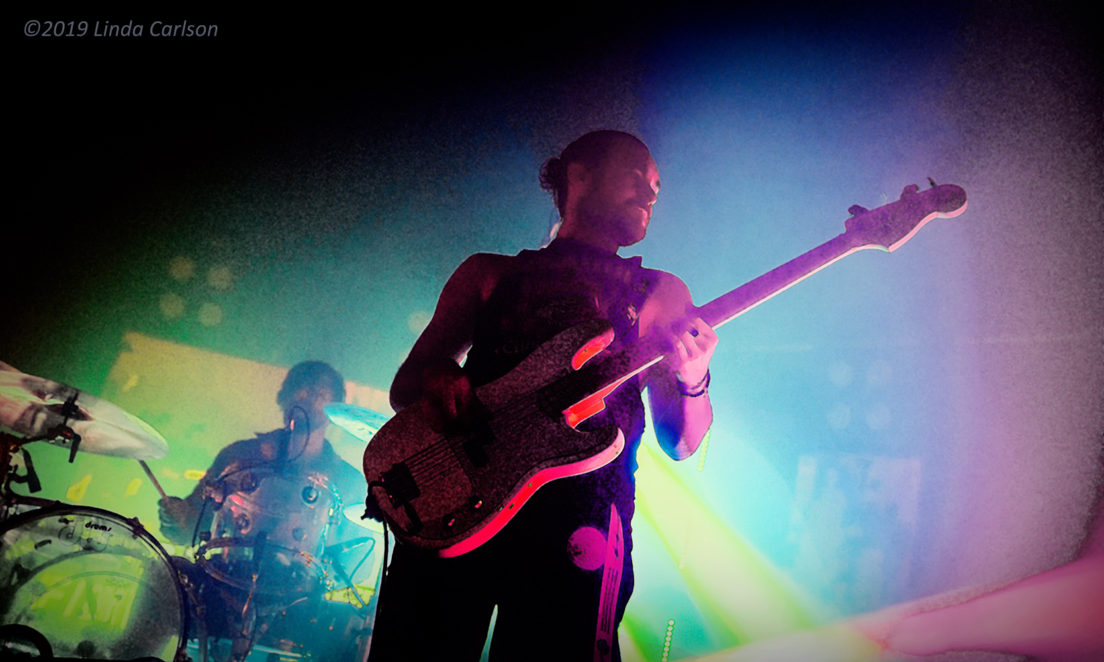 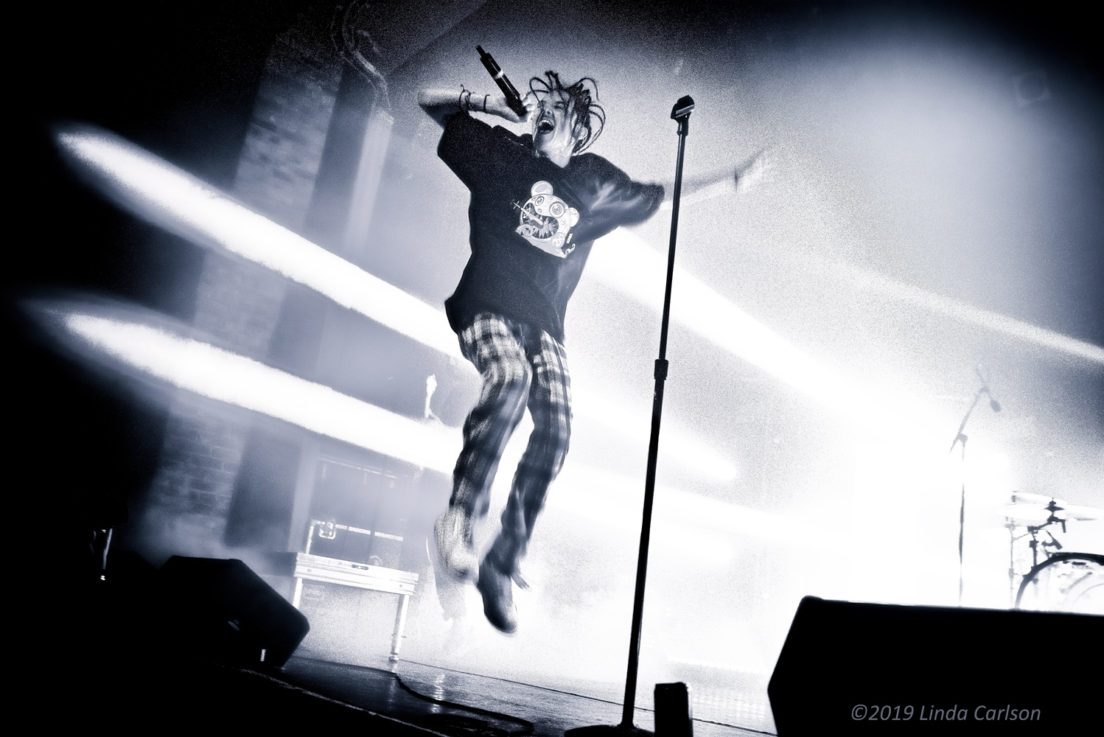 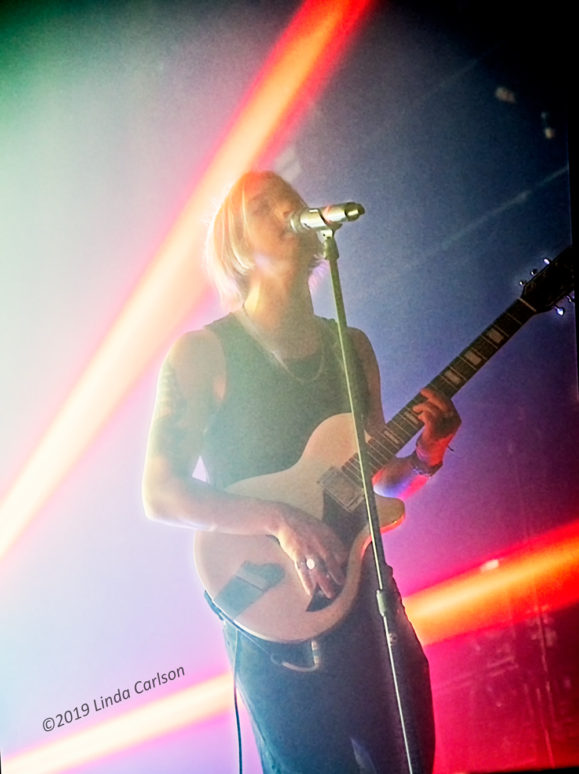 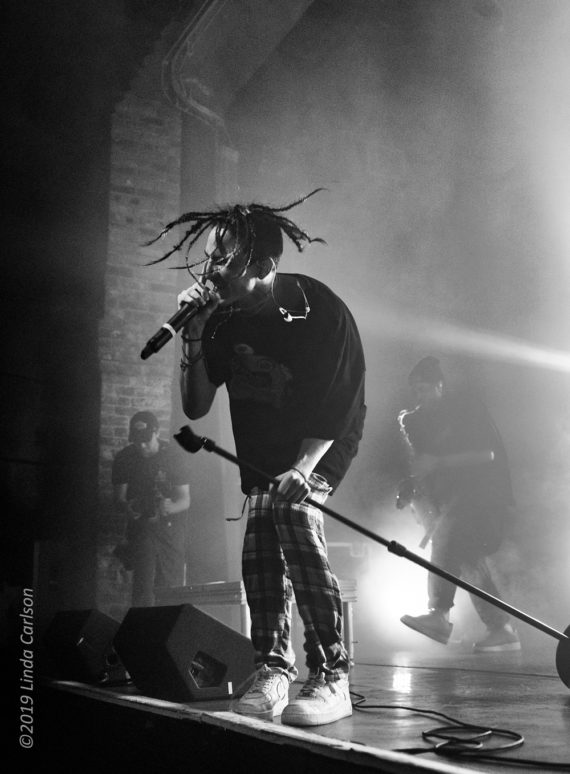 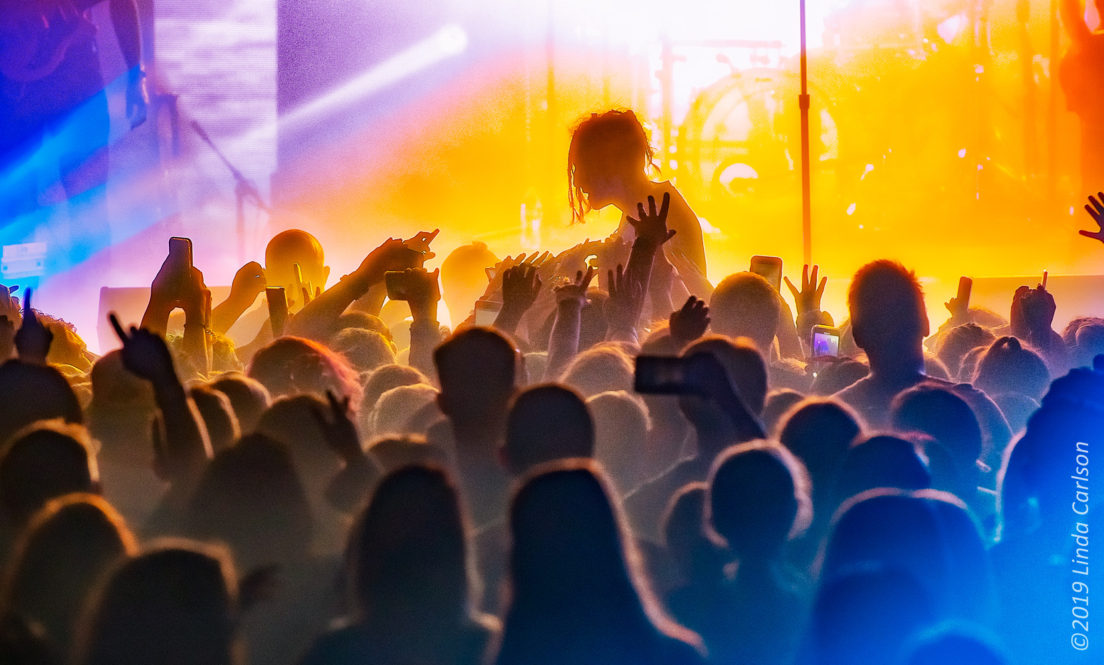 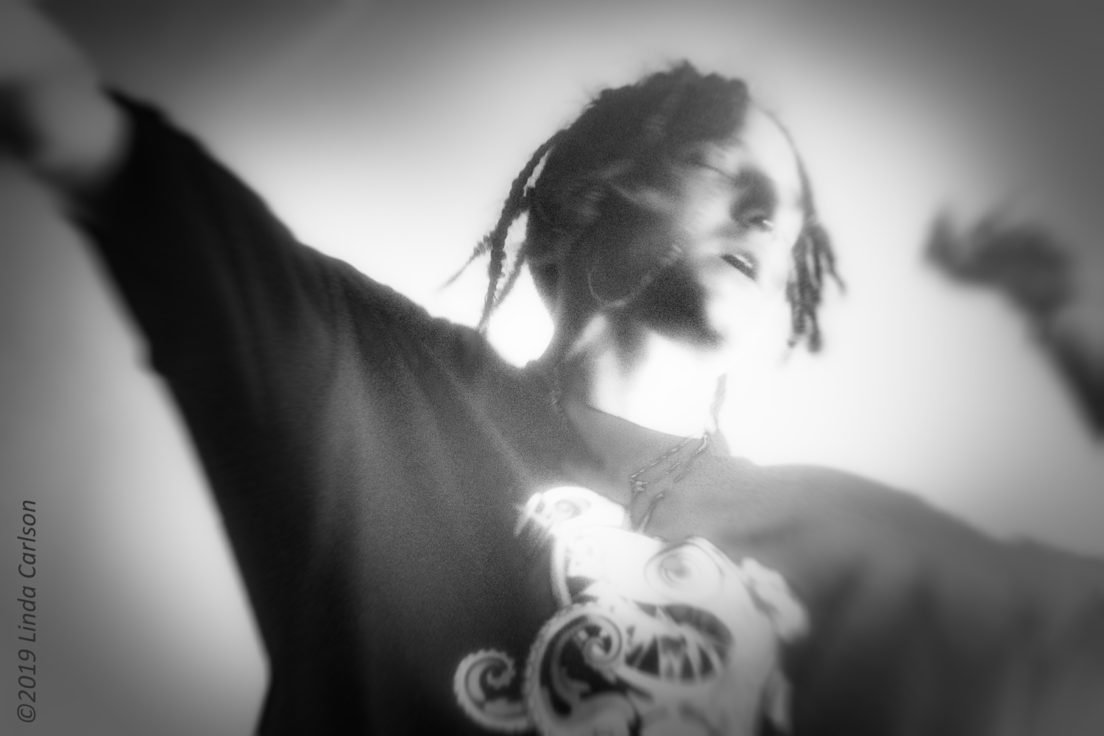 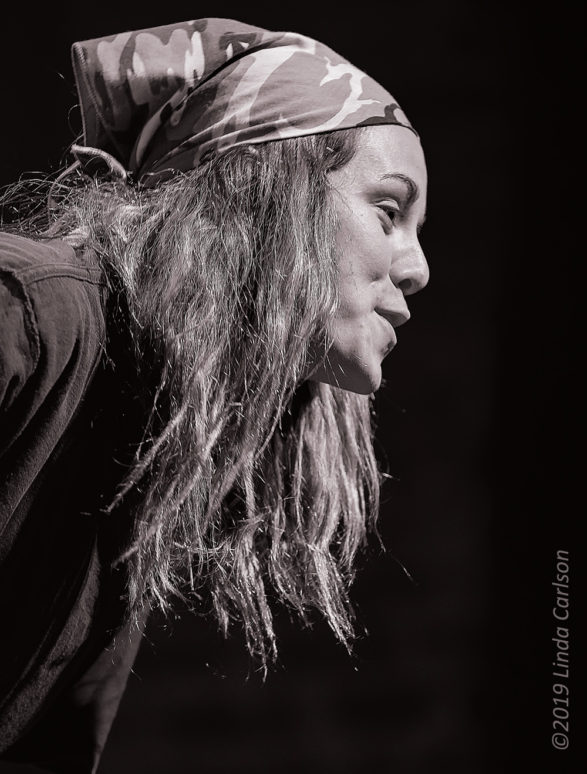 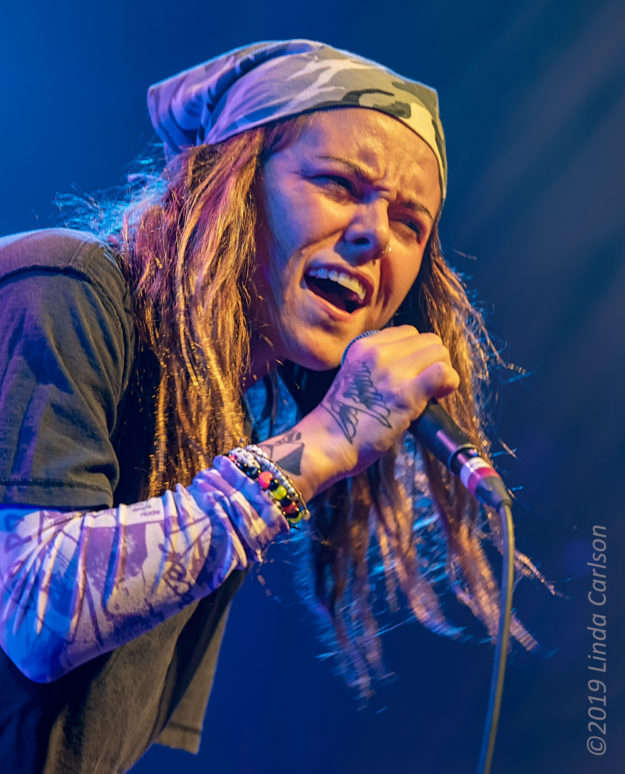 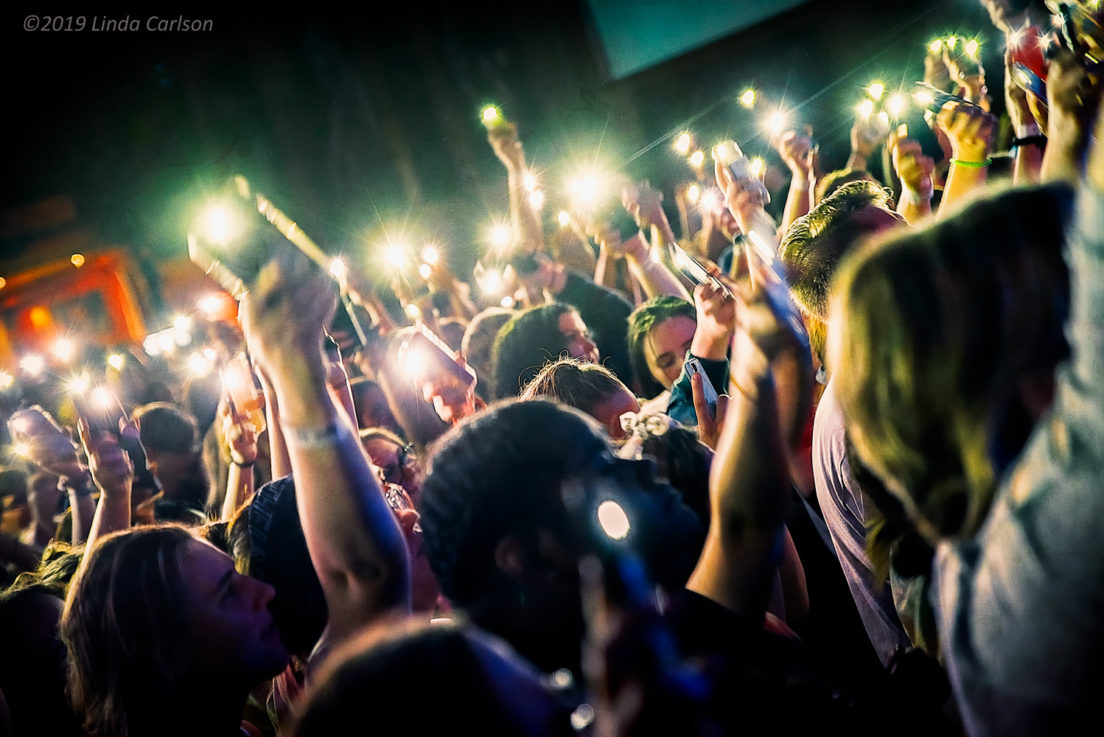 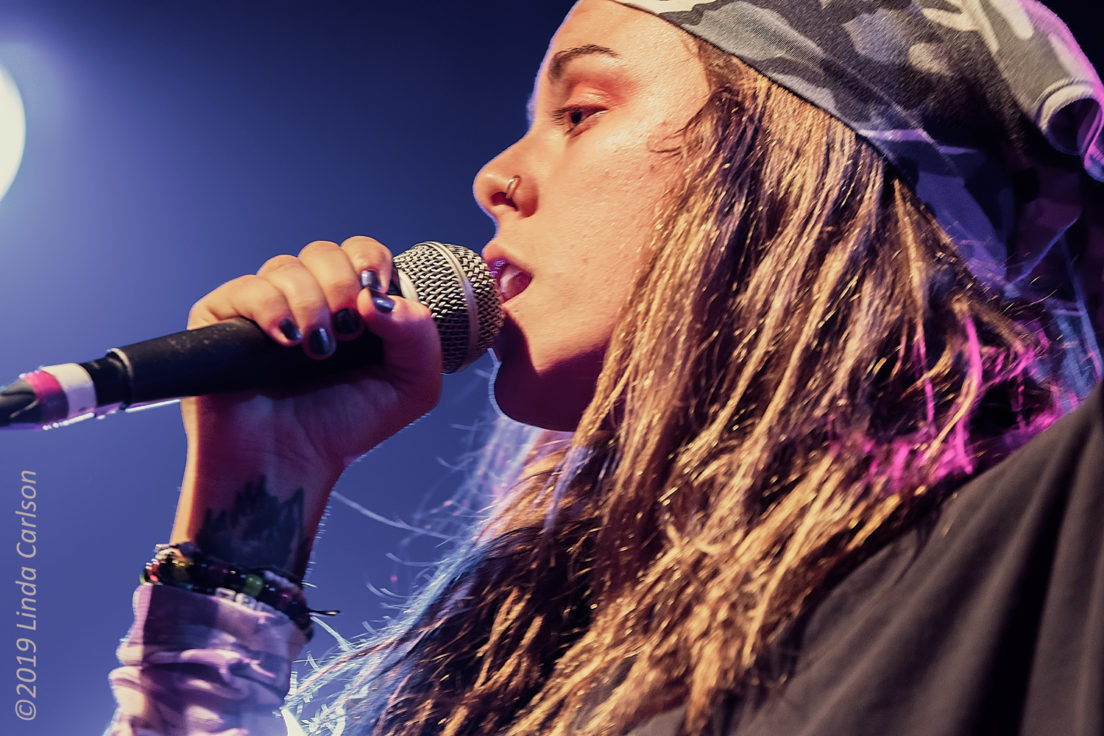 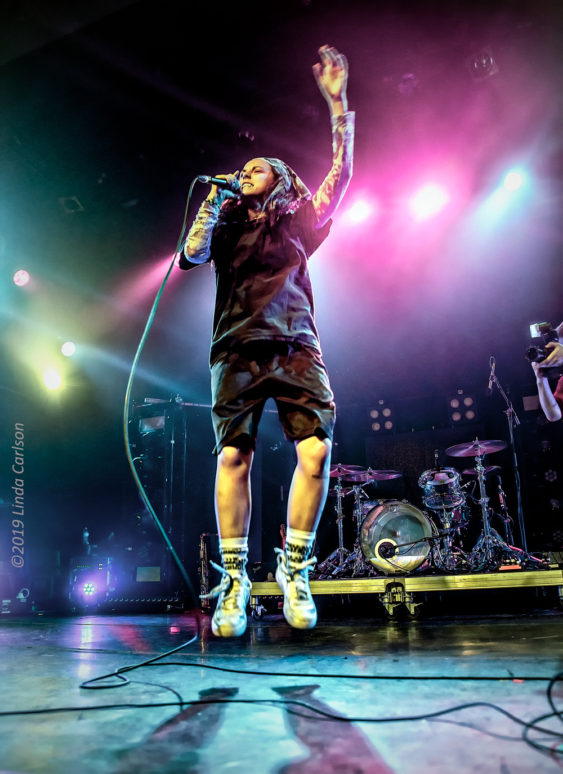 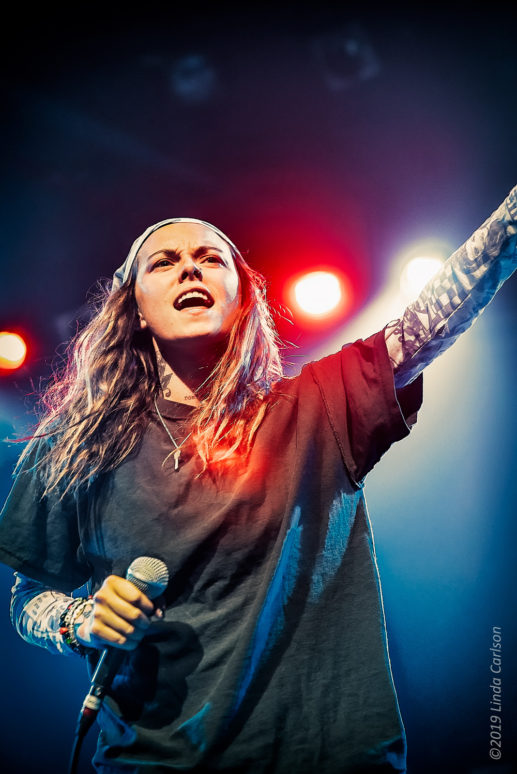