Gulf Shores, AL — Beaches, beats, and butts… These three words are all you really need to describe Hangout Fest. Of course, it would be remiss of me to not go into any further details. So, let’s delve a little deeper into what makes Hangout Fest one of the best festivals I’ve ever attended.

Hangout takes place every year in the middle of May (one of the first festivals of the season.) The location is beautiful Gulf Shores, Alabama – a town known more for family vacations and less for three-day concert extravaganzas. Yet, the locals embrace the revelers as if they were members of their extended family. I suppose to an extent that makes sense as the flocks of twenty-somethings bring a surge of revenue with them. But, really when you’re down there you get a true sense of Southern hospitality.

So what is it that makes Hangout such a great festival? Let’s start with the grounds on which the festival takes place. Unlike many other festivals, Hangout takes place on beautiful white sand beaches. The temperature is a warm ninety degrees but its always in the presence of a cool ocean breeze. Even on the hottest of days during the fest, it’s easy to cool off just standing near the ocean. It’s beautiful blue color glistening in the bright sun while it’s white-capped waves come crashing ashore. Speaking of the ocean, you are allowed to actually get in the water while attending the fest. If you are general admission you have to wait in line to enjoy the crisp gulf waters. They work on a few in, few out sort of system. However, those with higher passes have their own private area where they are allowed to go in and out of the waters as they please. 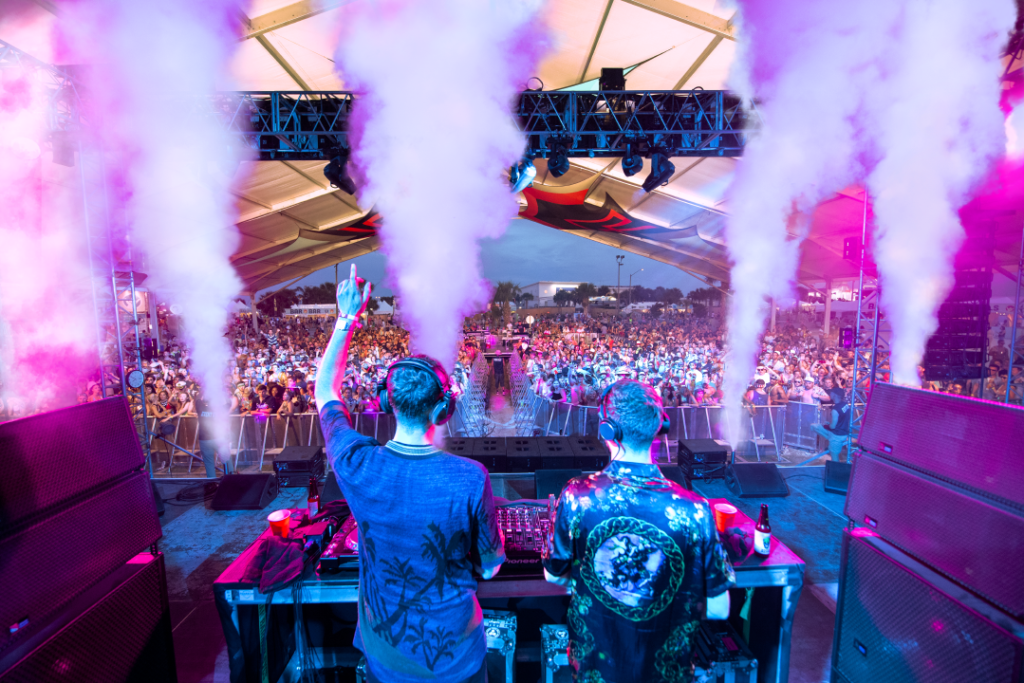 Another really awesome thing about Hangout is the fact that it’s designed around its own name. The festival wants attendees to come and “hangout.” For the first two days, they had an open green area that was covered with giant inflatable boats. The kind of boats that could hold ten to fifteen people. These boats were there for the attendees to sleep, lounge, or just relax on. Throughout the day and night, you would see groups of friends congregating on the these giant inflatable “safe havens.” The third day the boats were all gone but in their place had sprung giant Swans. It had the same feel as the boats but it was a nice detail change that shows that the organizers are putting thought into the festival. The details are what makes any festival better. I mean they did include a roller rink and puppy kissing station. Yes, I’ll say that again – a puppy kissing station.

The festival itself is made up of seven different stages. You have two main stages, a beach tent DJ area, a foam party DJ beach area, a smaller up and coming band area on a green, another stage meant for medium size acts, and of course the Boom Boom tent (a massive shelter with just as massive sound system for electronic music shows.) The artists that play the festival are wide-ranging. It was everything from DJs, Reggae, Rock, Hip Hop, to the Lumineers. Yep, I included the Lumineers as their own category. To be completely honest I found the Lumineers to be an odd headliner. But it’s this diversity that makes Hangout Fest so great! I mean really… They had Cardi B, Griz, Jungle, and then the Lumineers just to name a few. It’s like when you first open a box of legos. You look at it and think there is no way all these pieces go together and create Sponge Bob’s pineapple house. Yet, the more you get into it the more you see that all the pieces do indeed have a greater purpose – to create one awesome thing. That’s exactly how Hangout feels.

Sure, I could talk about how there are eclectic food tents and a pool from which you can watch the main stage. It’s cool, don’t get me wrong… But that’s not what makes Hangout great. It’s the people (most of whom are wearing swimsuits and bikinis), the environment, and the general atmosphere. There’s just something in the air that makes Hangout spectacular. I’ve been to almost one hundred festivals all across the U.S. and internationally. I even live in the home city of Lollapalooza. But, Hangout Fest to date is my most favorite festival to attend.

Hangout has already set the date for 2020. It will take place on May 14-17 and they will be releasing the lowest priced early bird tickets sometime in the near future. You can find out more and get tickets at https://www.hangoutmusicfest.com 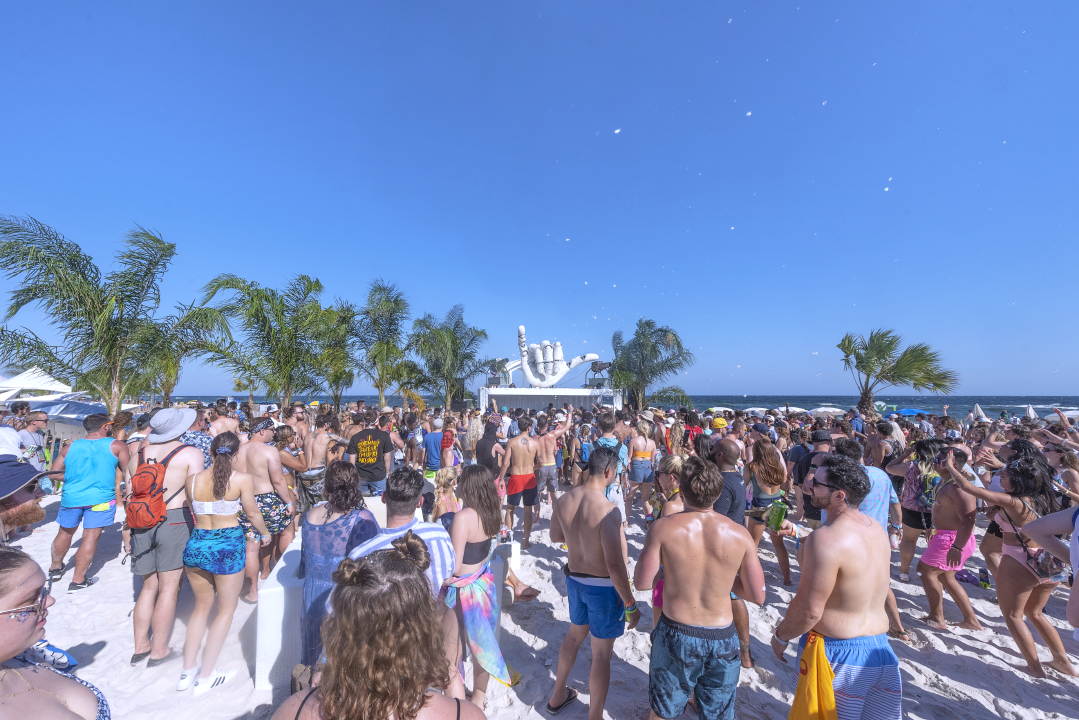 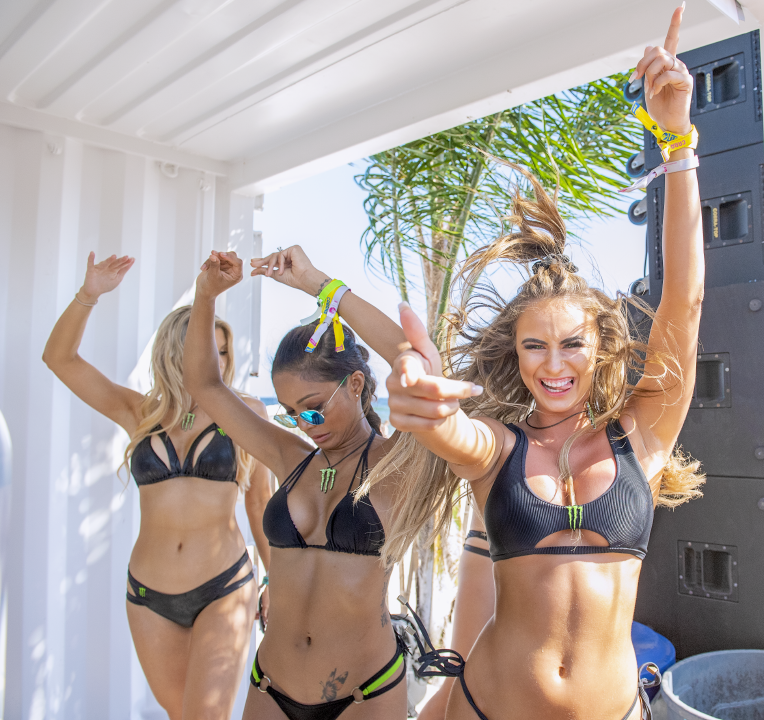 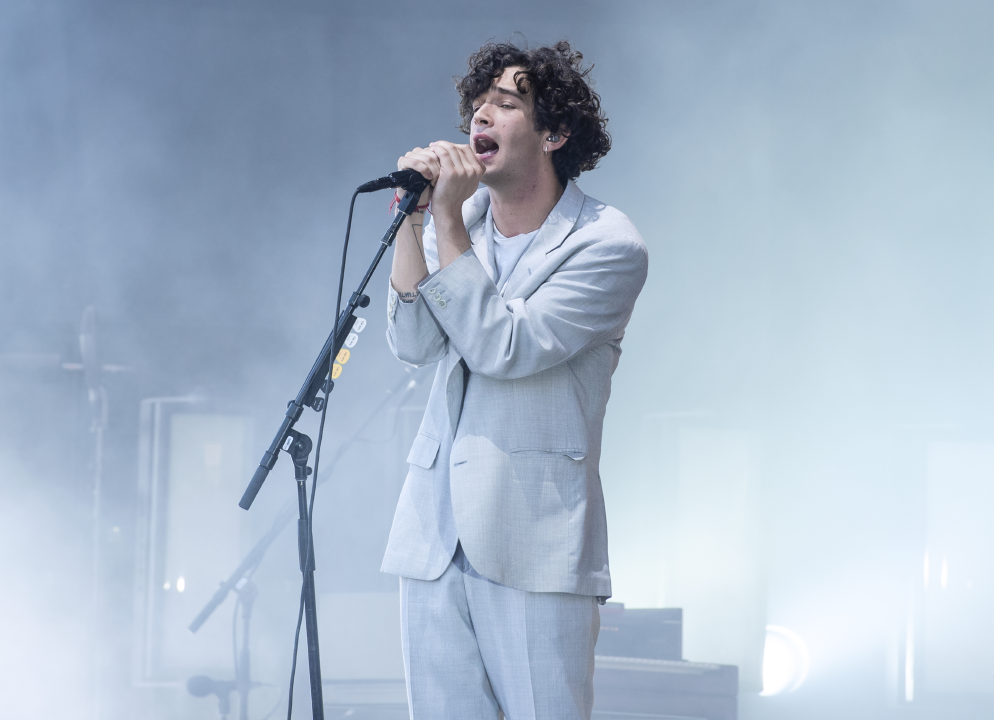 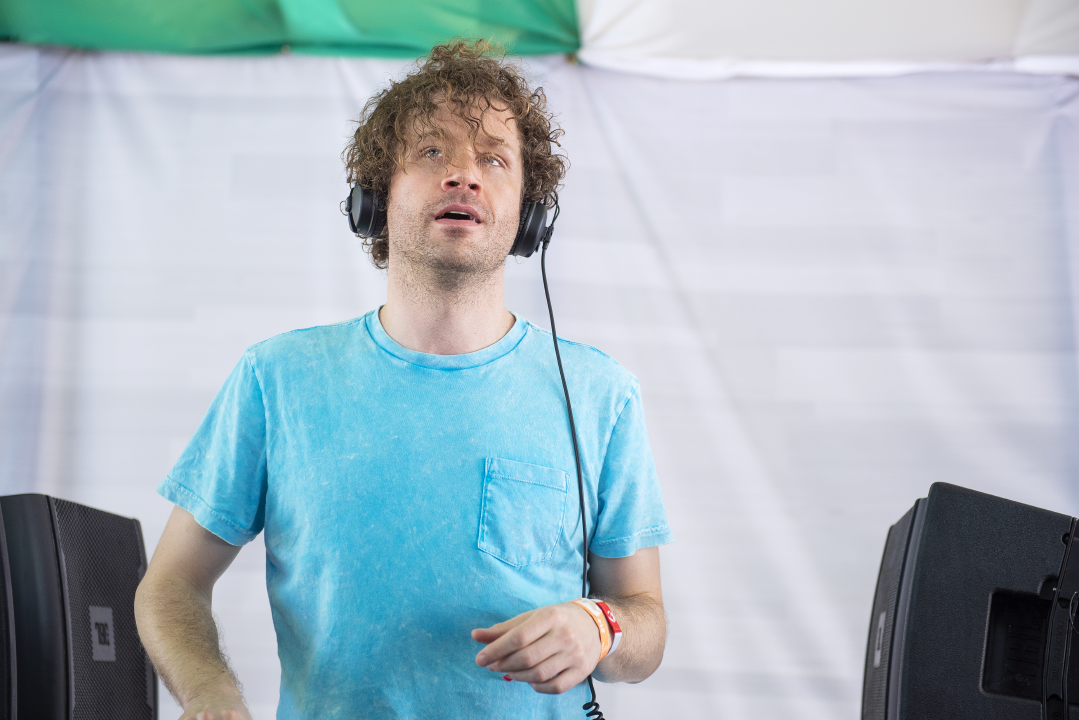 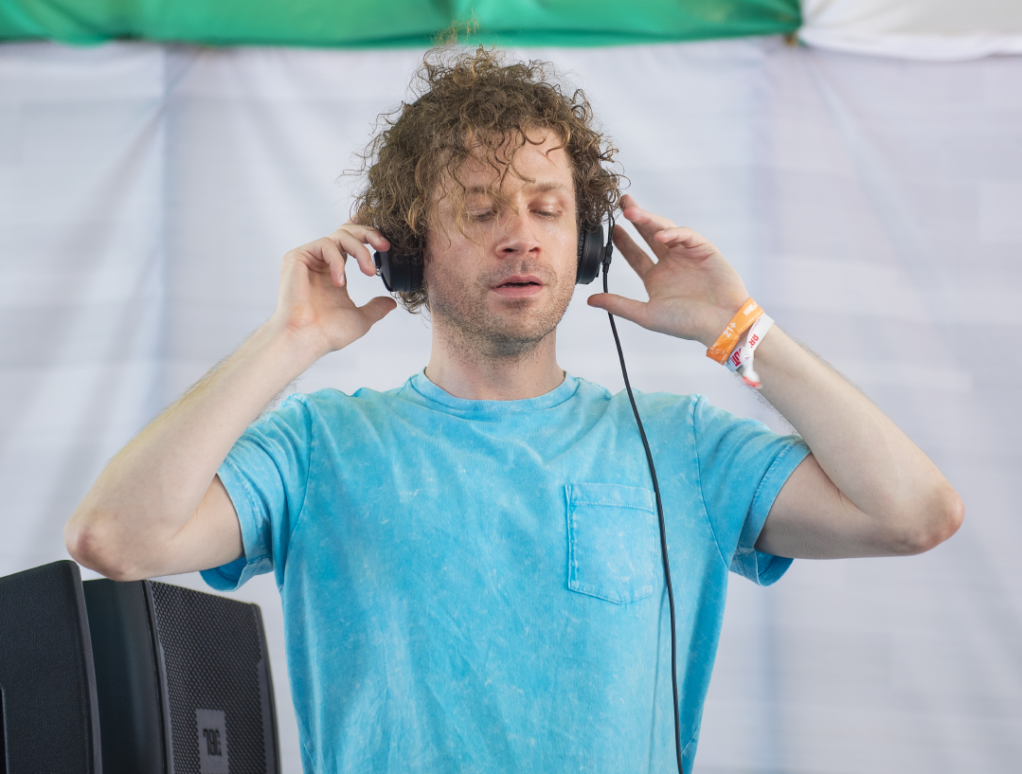 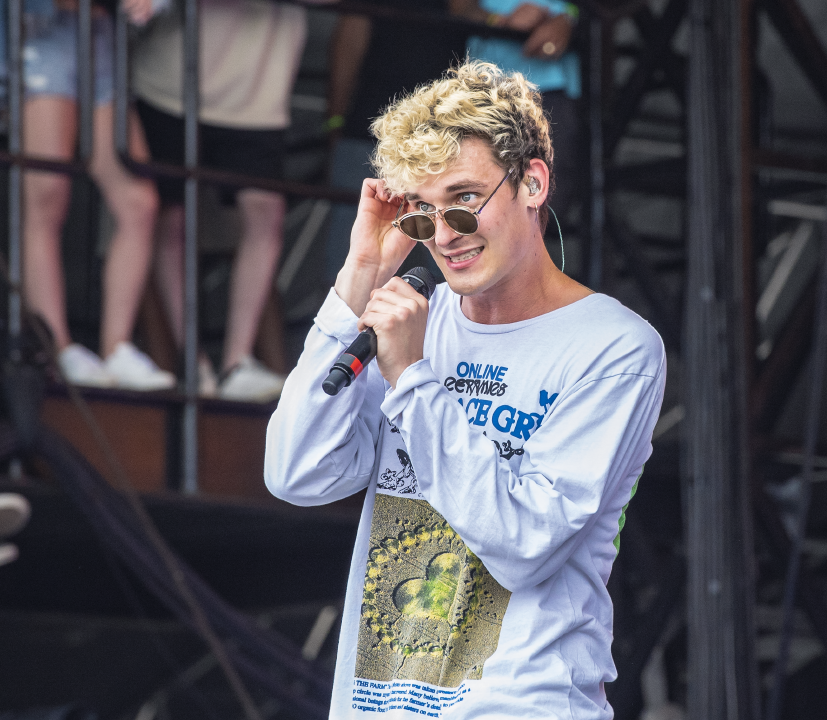 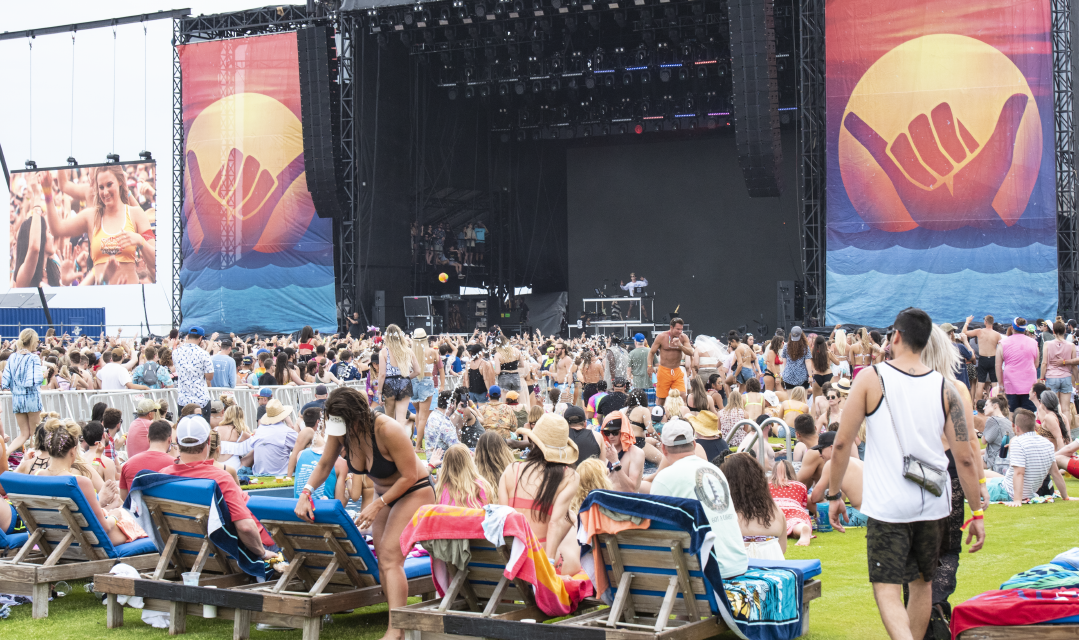 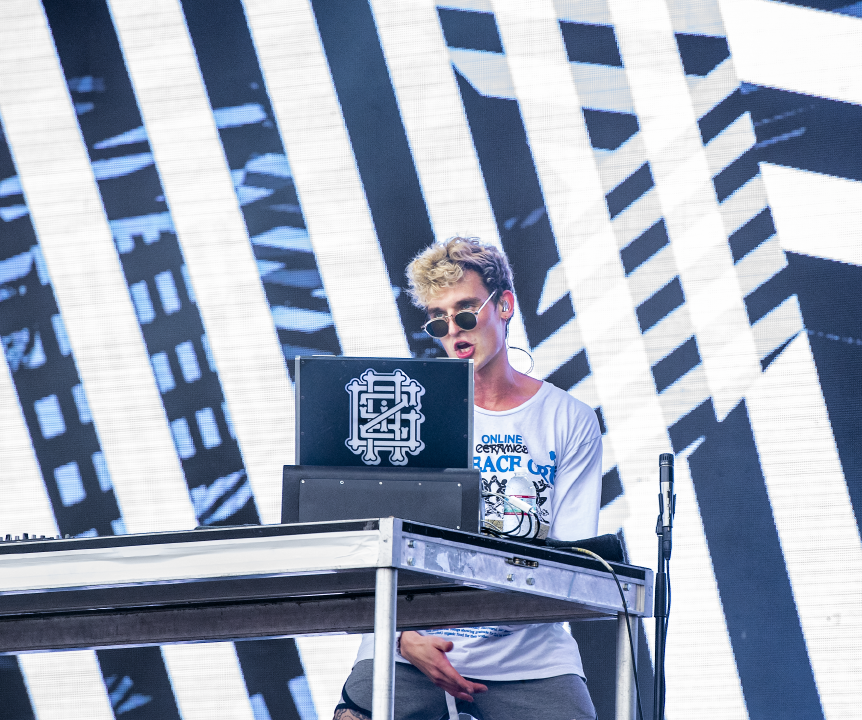 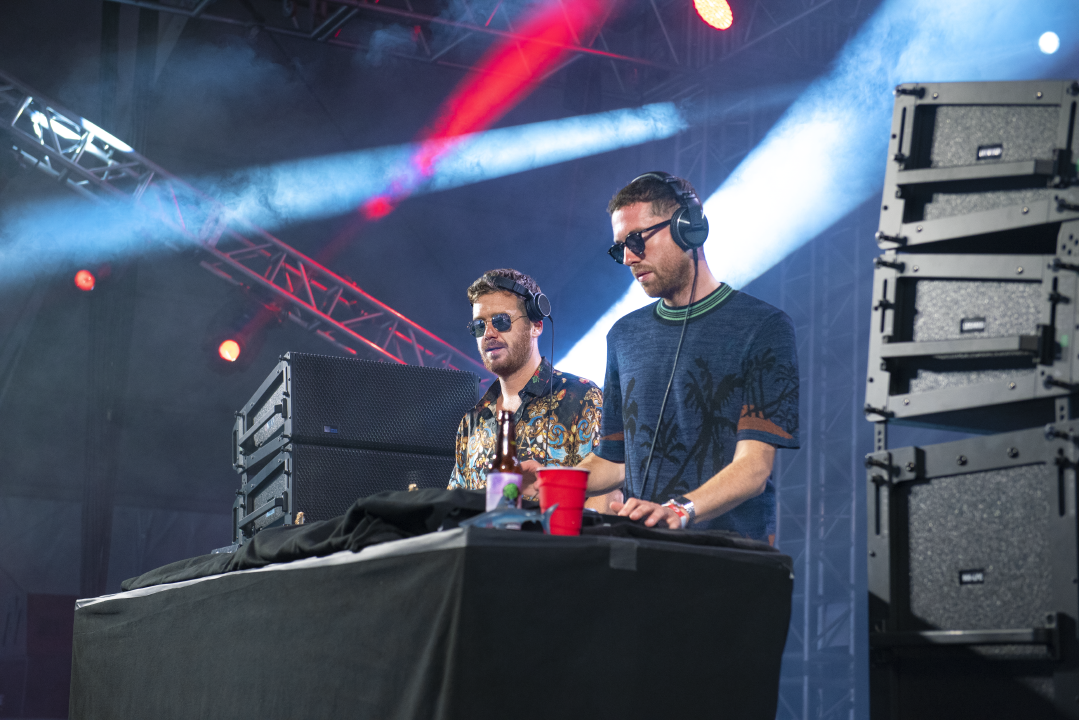 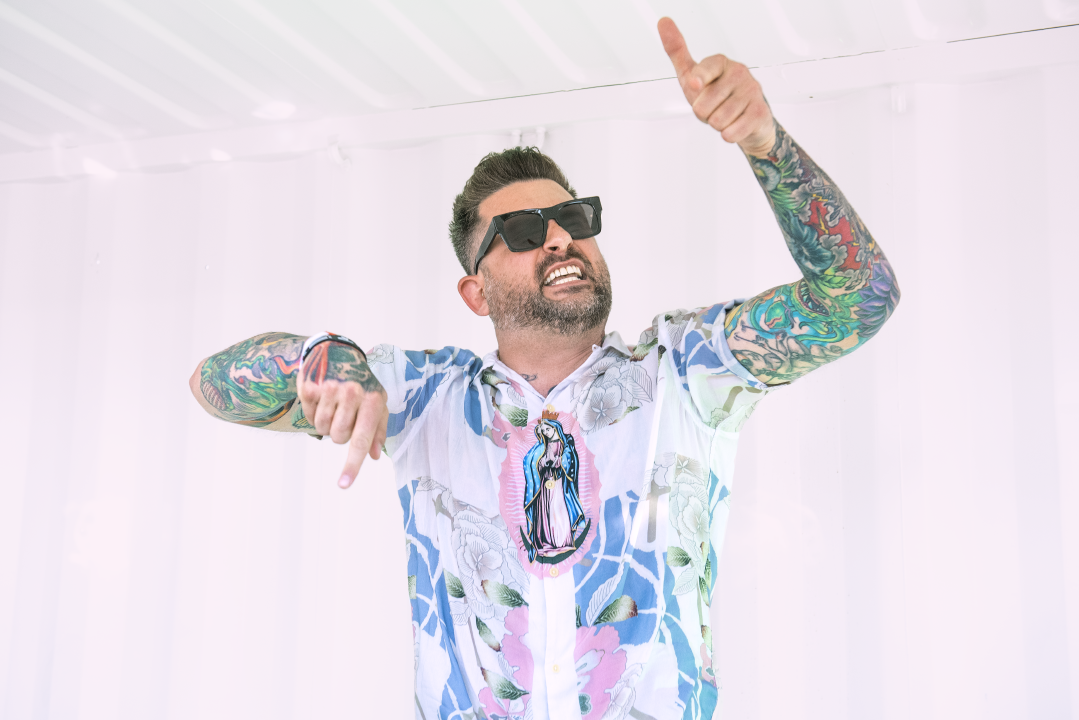 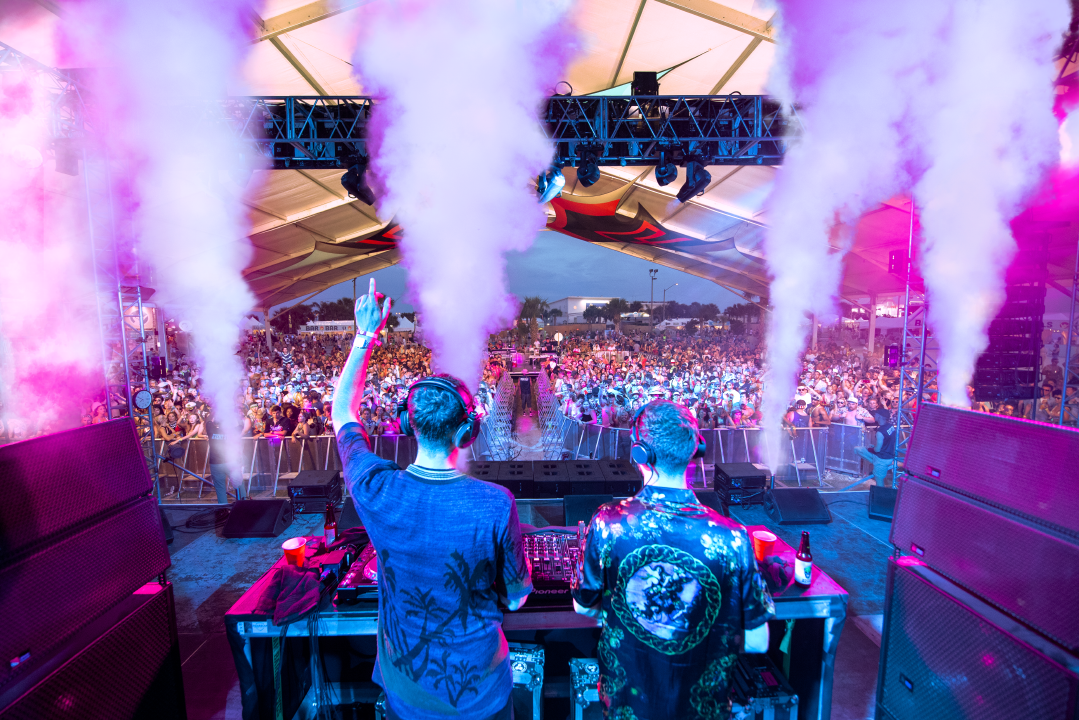 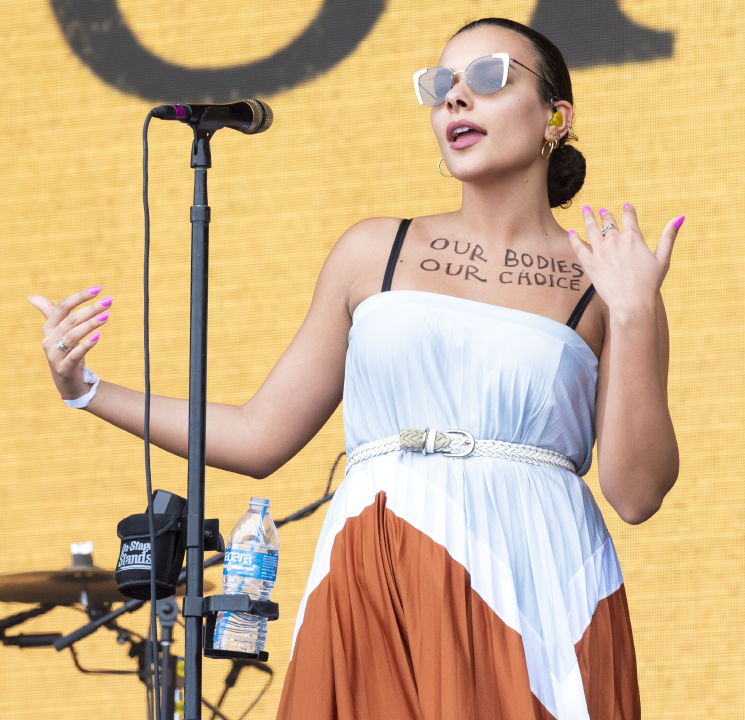 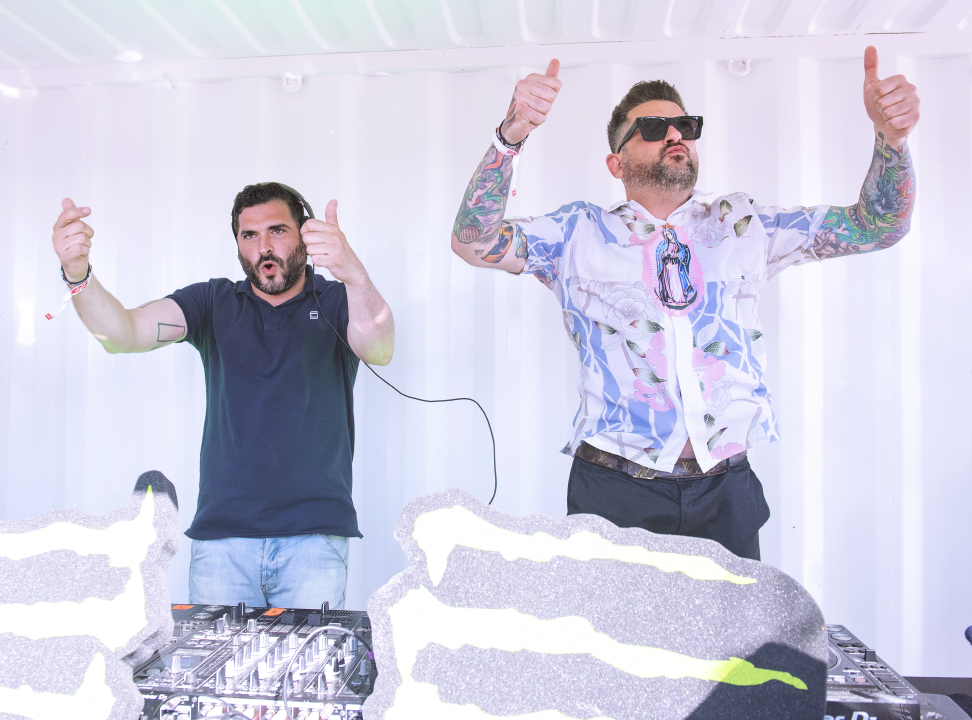 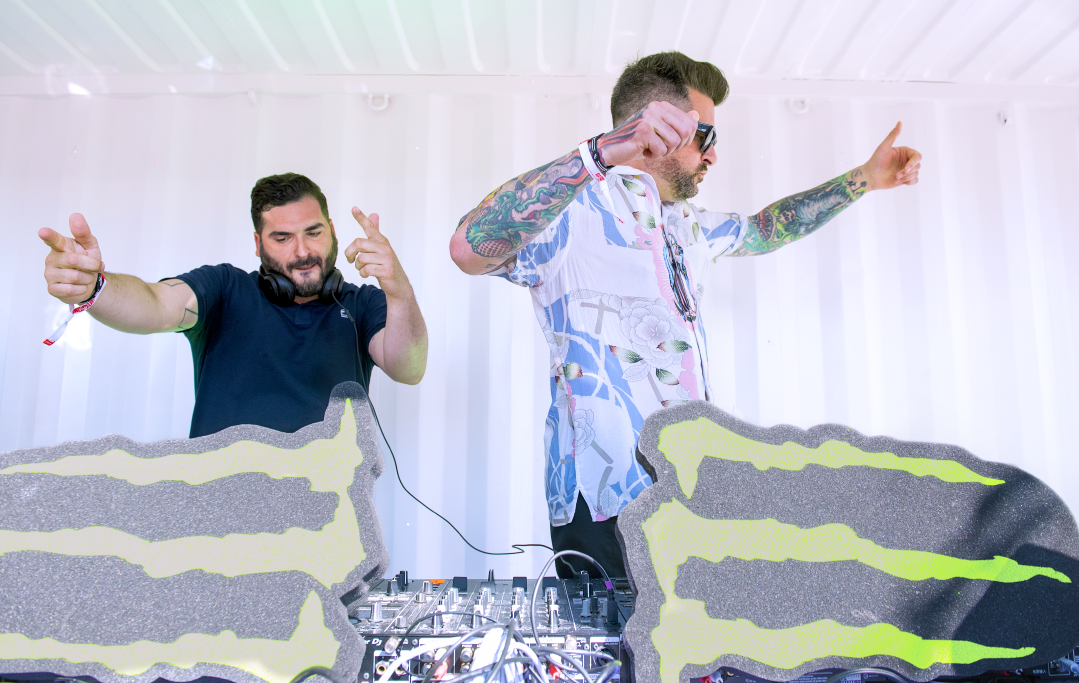 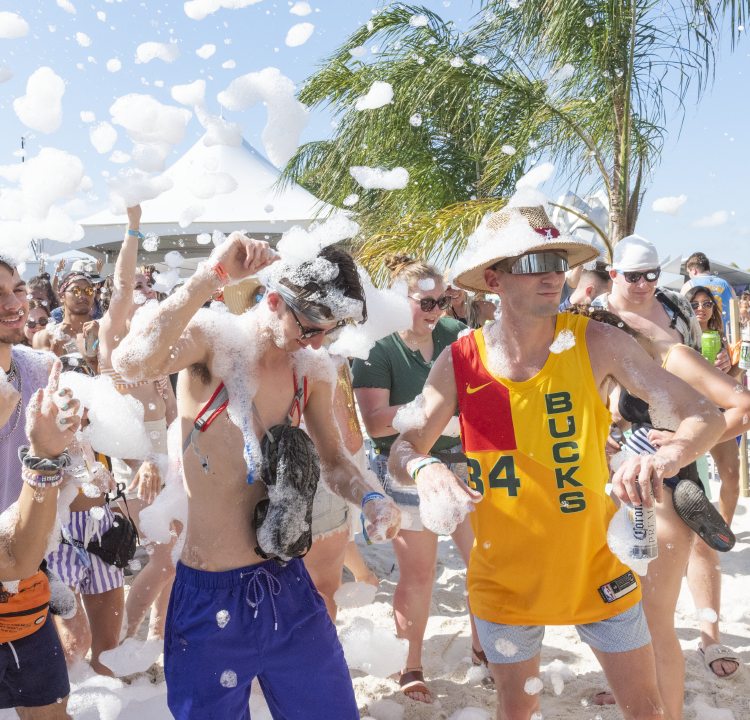 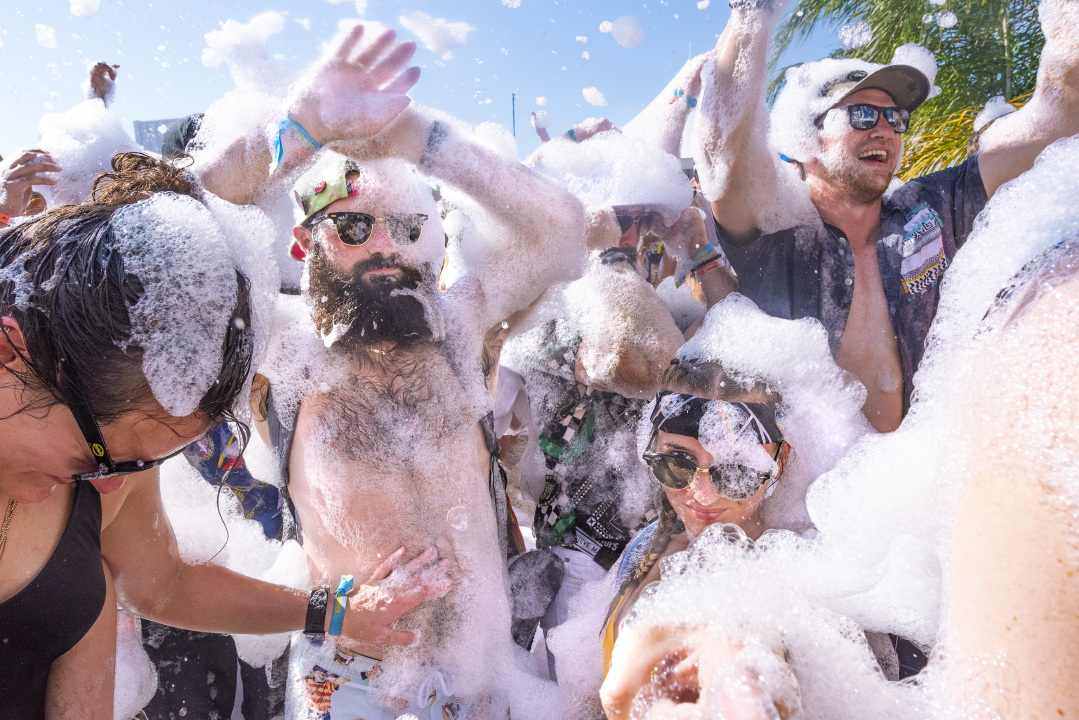 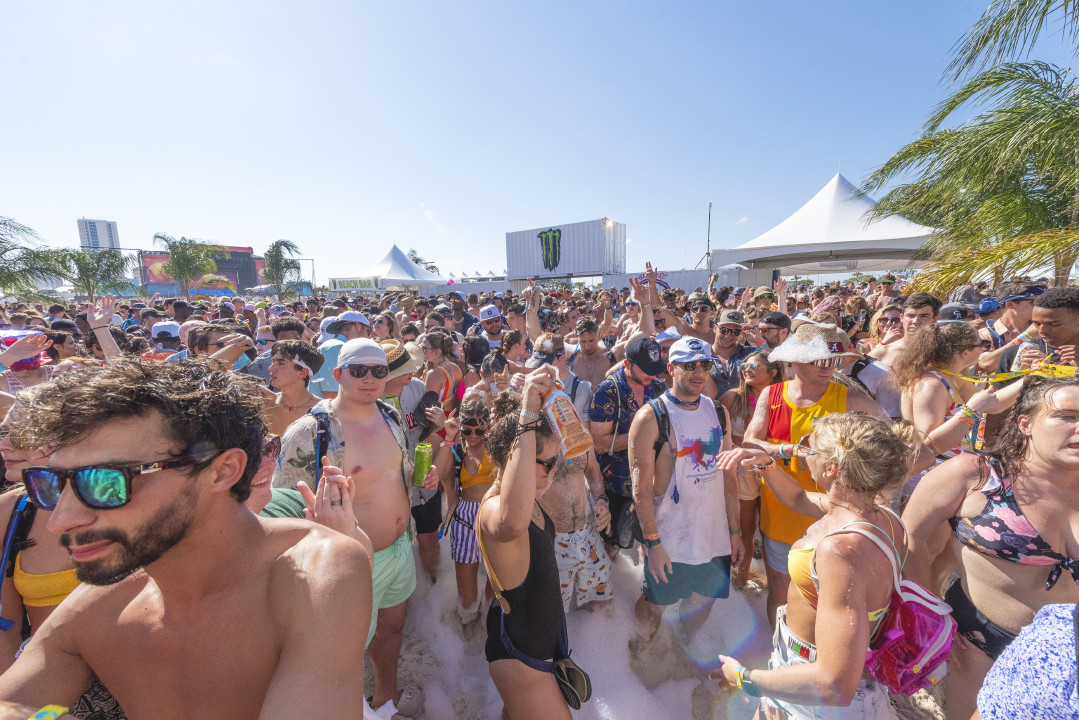 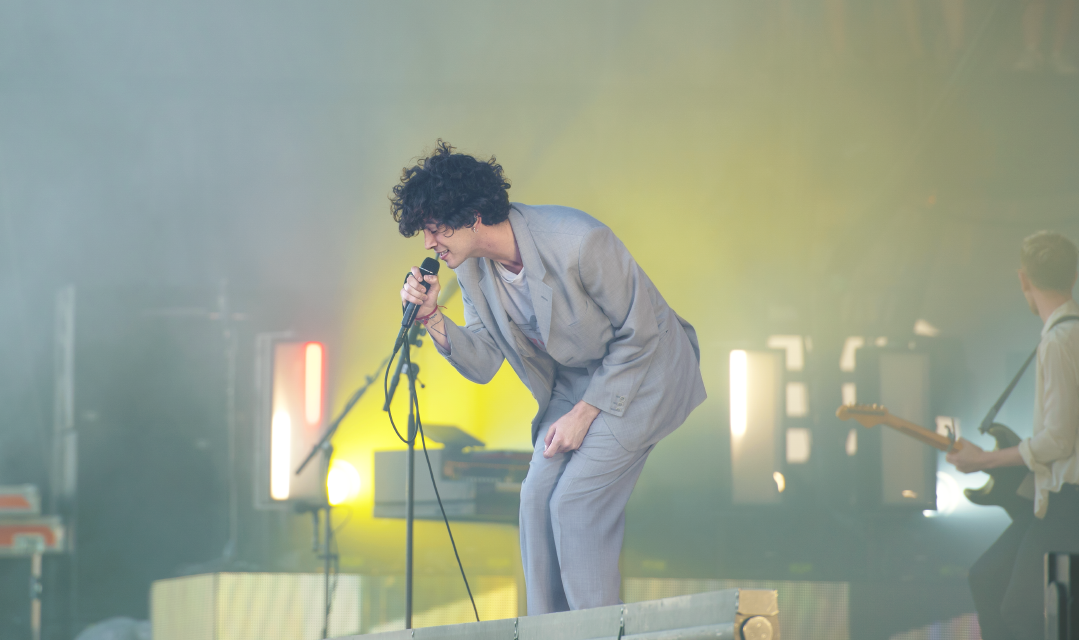 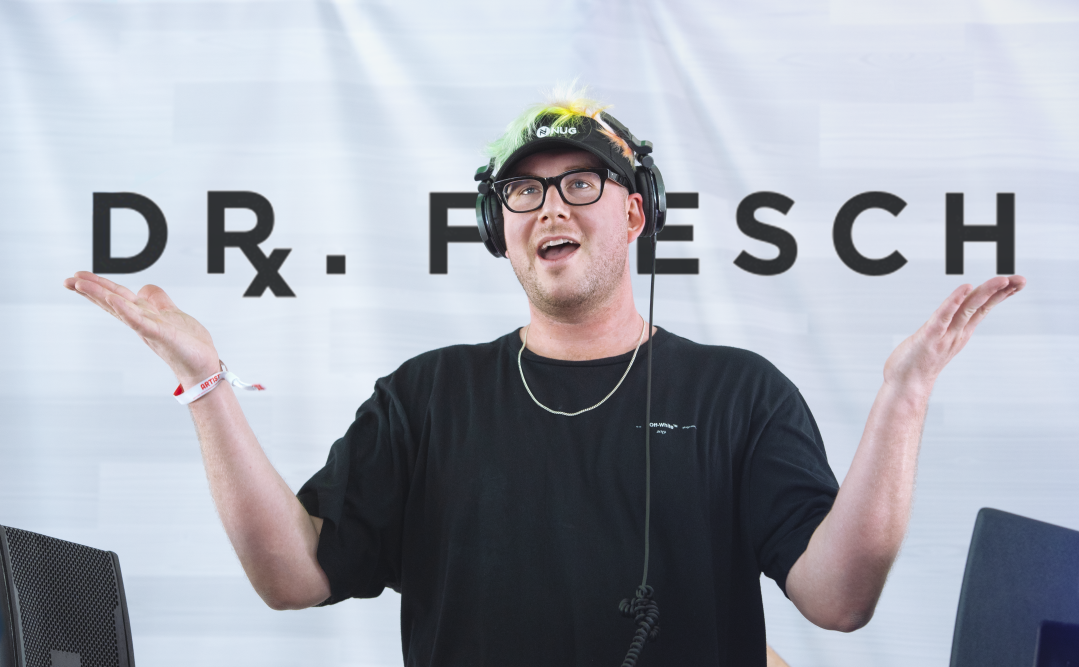 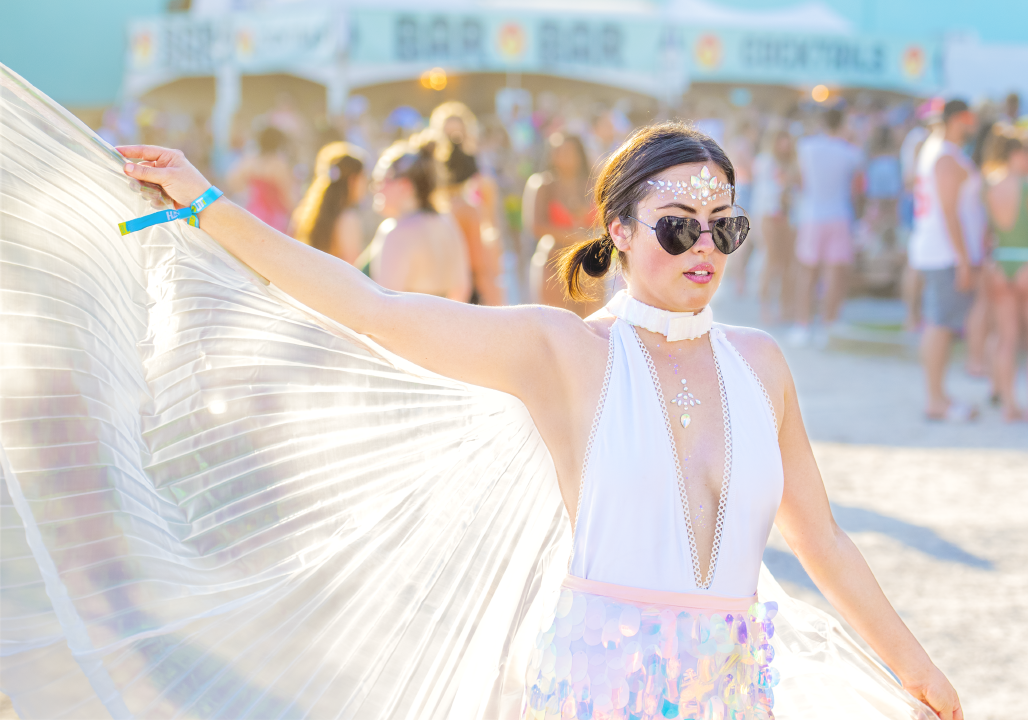 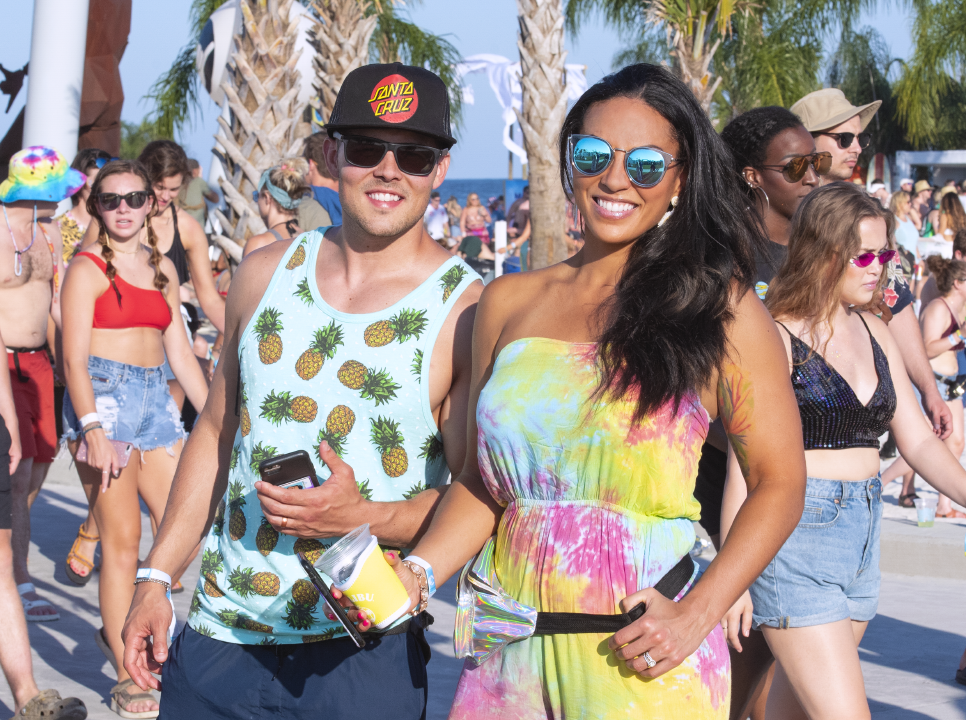 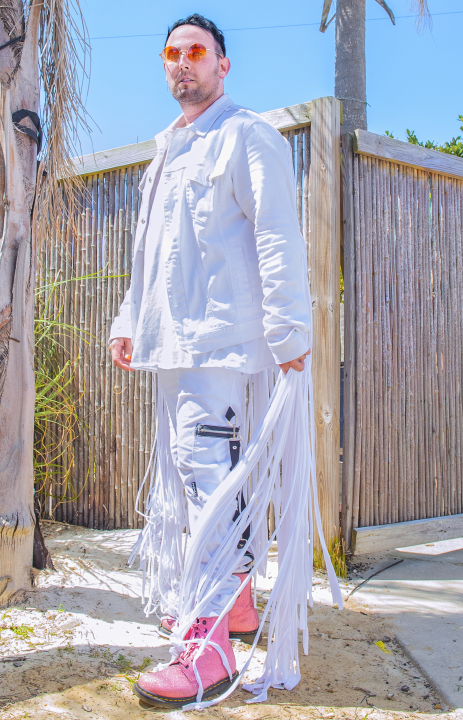 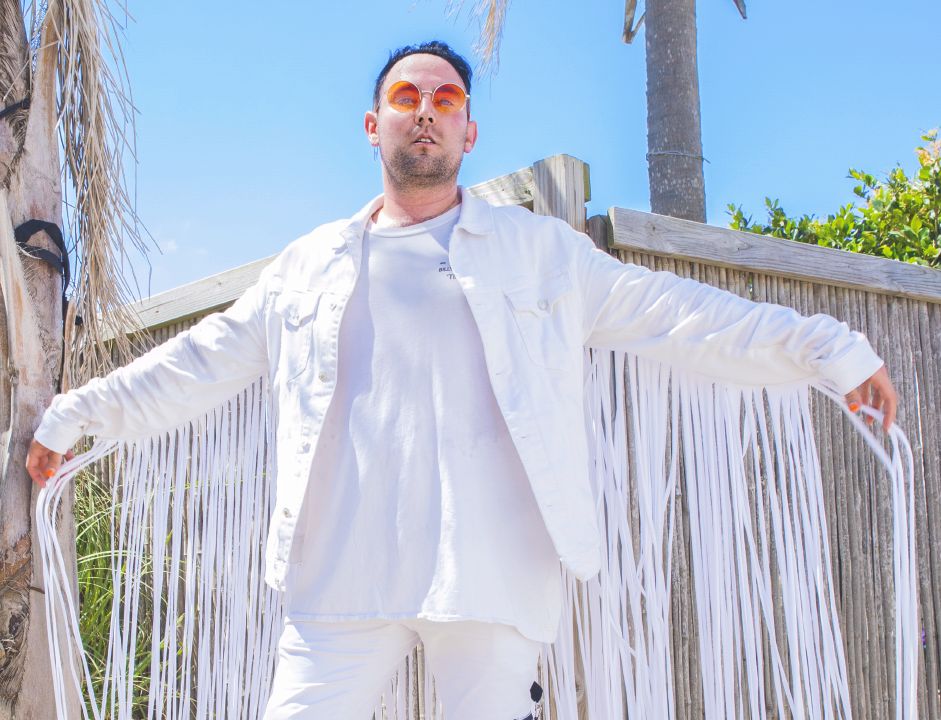