Article and Photos by: Austen Maddox

Louisville, KY – Making his debut in the Bluegrass state, Hozier performed his first ever concert in Kentucky to an overjoyed sold out audience. Renowned for intricately crafted melodies infused with that slight touch of Irish lyrical poetry, Hozier’s unique style differs from the usual music genres that are dominant in this state. However, there is a certain familiarity to the nostalgic past of southern Rhythm & Blues featured in his sophomore album Wasteland, Baby! that resonates well with Kentucky’s musical past. Appealing to a broad demographic of fans, many from across the region gathered to attend what would be a truly one of a kind show.

It may have been an unusually cool summer night at the Iroquois Amphitheater, but the chills didn’t last long once the opening band Bailen got our blood pumping with their lively act. An Indie/Alternative trio consisting of the Bailen siblings, there’s no doubt all three have been blessed with talent in their DNA.

Hozier’s performance skyrocketed above expectations, evolving to a higher level of production value from his previous tours. He and his stagemates skillfully remained in perfect sync with the varying moods of the music, seamlessly pivoting from the energetic stomping & clapping during “Moment’s Silence,” to the melancholy hymns of “Cherry Wine.” 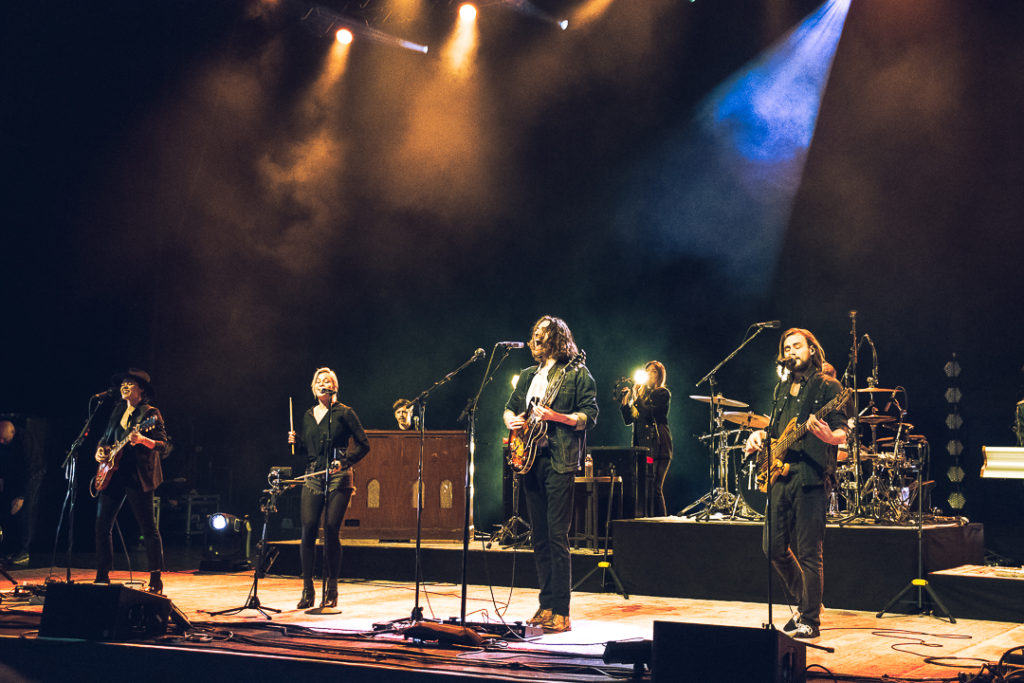 Spontaneous interactions with the crowd kept things fresh and interesting, humorous jokes interjected between songs about the unusually deep pit between the stage and the audience were well received. A venue design quirk turned into comedic material is showmanship at its finest, adding another layer of entertainment to an already jam packed night of festivities.

After the show came to an end, there was a large line of fans massing by the venue’s service entrance. The tour busses were tantalisingly visible in the distance, tempting the more diehard fans to wait it out and see if Hozier himself would make an appearance. Sure enough he did show up, individually greeting every single person who waited and autographing various memorabilia. It was heartwarming to see an artist display such patience and kindness towards their fans, interacting one on one with such a large volume of people takes genuine dedication. Without a doubt it truly made the night something special.

Hozier will be returning to Kentucky in the coming months at Railbird festival in Lexington, August 10-11th.