Charlotte, NC — If you prefer your Phish with extra jam, the Vermont four-piece delivered a tasty treat in their performance in Charlotte on Friday night, over the course of two-and-half hours of crowd pleasing music.

For many in attendance, the experience started much earlier in the day, as the tailgating parties in the parking lot were in full-effect hours before the band hit the stage. Even inside the venue, the general admission and lawn sections were scattered with people playing hacky-sack and tossing beach balls around, while making their predictions for the night’s set list. One could easily overhear ten different possibilities uttered for an opening tune, but no one would’ve guessed they would step on stage with a cover of The  Mighty Diamonds’ “Have Mercy,” which they’ve only played a dozen times since they debuted it back in 1986. It became one of only two songs to clock in under five minutes for the entire evening, as the jams began with their second song, “Gotta Jibboo,” a live show favorite from their 1999 album, Farmhouse. 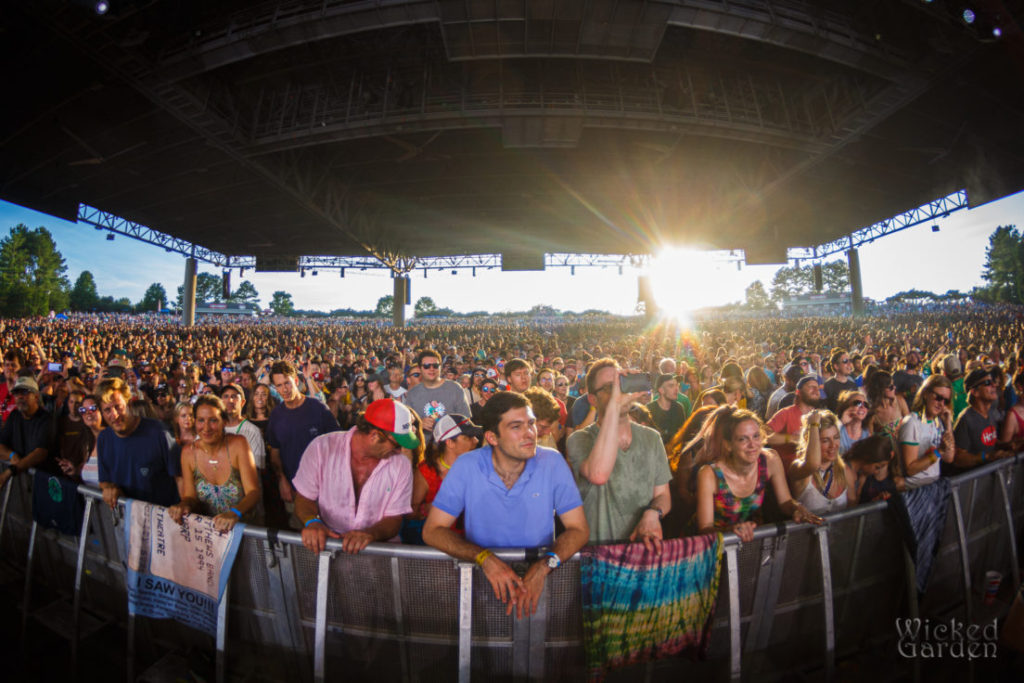 The energy of both the band and the crowd felt like it went up a notch as singer / guitarist Trey Anastasio began the opening riff to one of the band’s most well-known and often played songs, “Tweezer.” From their 1992 album, A Picture of Nectar, the song comes with a reprise, usually played later in a show that features the first part. Anastasio seemed determined to connect with as many in the crowd as he could, making eye contact with everyone within sight range throughout the daylight of the first set. At one point, he spotted a young girl with her parents, and motioned to them that he was tossing a guitar pick to her.

A few feet away, a fan held up a sign that read “Ya Mar,” the title of an often-played reggae cover of a 1974 Cyril Ferguson song. Though it was likely already on the set list for the night, that fan and his sign could be seen bouncing ecstatically when they played it. As the first set began to come to a close, Anastasio began to play the expected “Tweezer Reprise,” only to quickly switch gears into a performance of “Say It To Me S.A.N.T.O.S” so rousing, it could’ve been the encore. 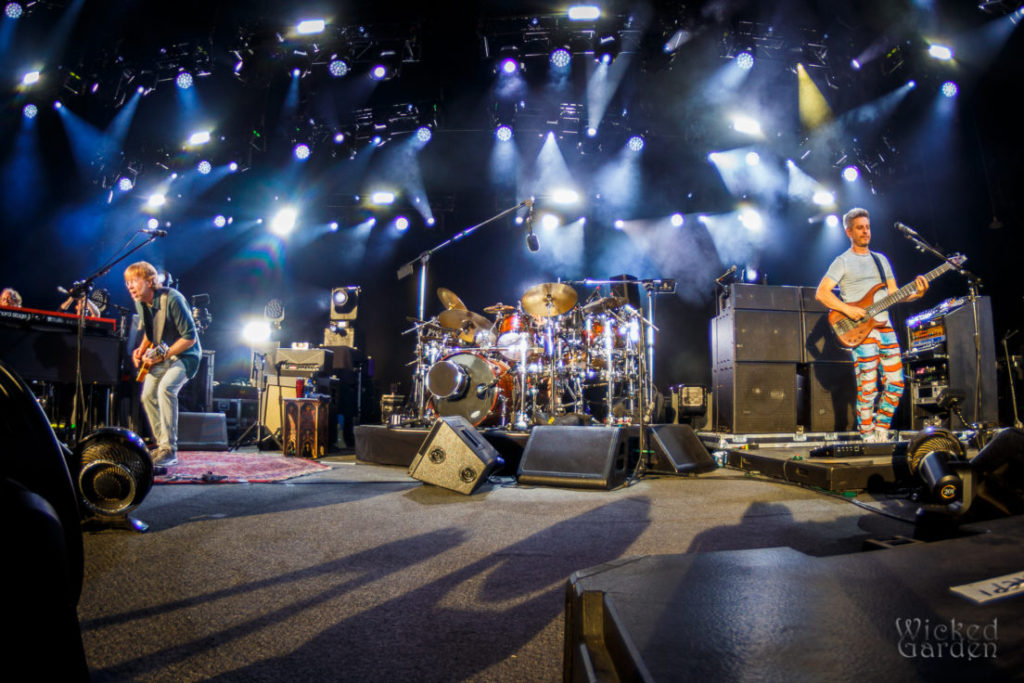 It was only time for the band to take a set break though, leaving the stage for a half hour. During the break, the sun gave way to a dark sky, allowing the band’s dazzling light show to be seen, as a moody backdrop to their set two opener, “Runaway Jim.” A touch of irony followed, as they moved into “Scents and Subtle Sounds,” as the scents in the air filling the pavilion were anything but subtle.

Once again, Anastasio teased the riff for the second part of “Tweezer,” this time smoothly moving into the sultry groove of “Sand.” The epic jam that ensued gave each member their own chance to shine, as bassist Mike Gordon and Drummer Jon Fishman moved the mid-tempo rhythm along, perfectly underscoring solos by Anastasio and keyboardist Page McConnell. 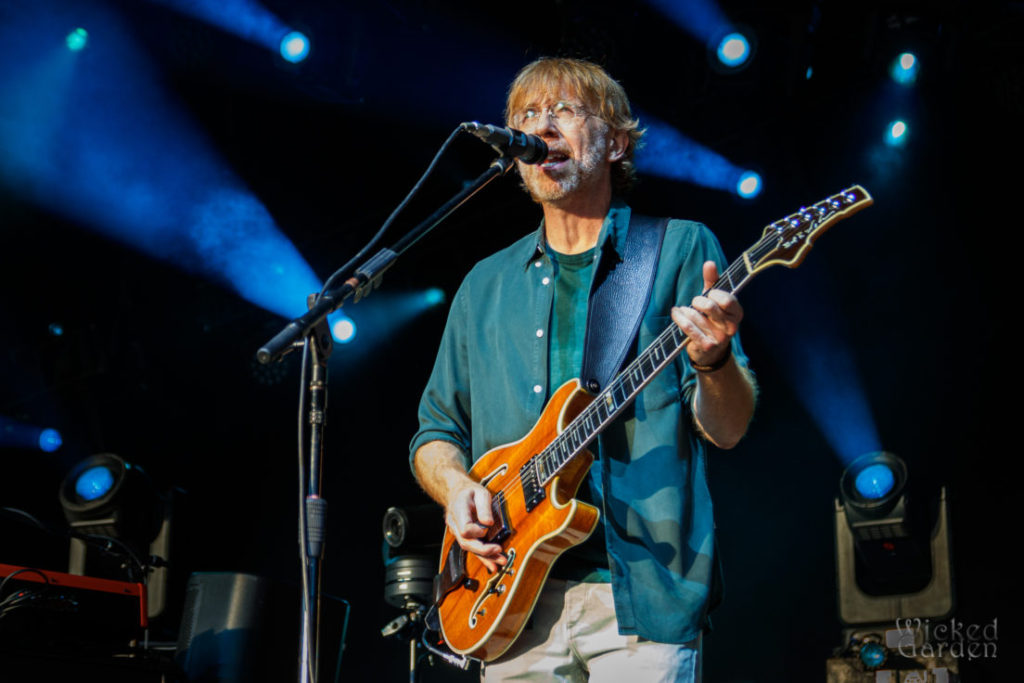 McConnell would also trade vocal lines with Anastasio during “A Song I Heard the Ocean Sing,” which led into an airy, smooth Anastasio guitar solo, complemented by a well-timed breeze that made its way through the pavilion. Mike Gordon would get his turn on vocals when the band closed the set with a long-time crowd favorite, “Possum,” during which bundles of glow-sticks were launched from several spots throughout the venue.

The band took a short break before returning to the stage for an encore, starting with “More,” the night’s only song from their latest studio album, 2016’s Big Boat. A quick look around the pavilion shows throngs of fans singing along to the chorus, “I’m vibrating with love and light / I’m pulsating with love and light / In a world gone mad, a world gone mad / There must be something more than this.” Finally, the teasing is over when they close the show with a raucous run-through of the “Tweezer Reprise” everyone was waiting for, so energetic that the normally-subdued Anastasio jumped all around the stage.

Catch Phish on tour all summer across the U.S. 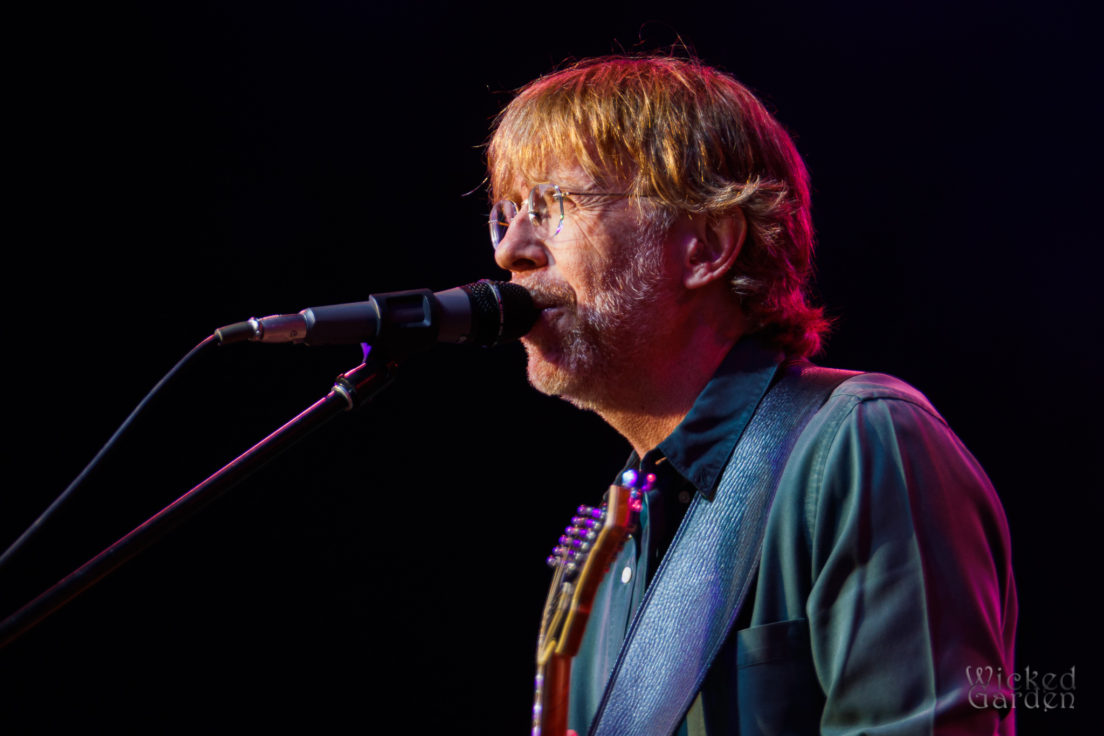 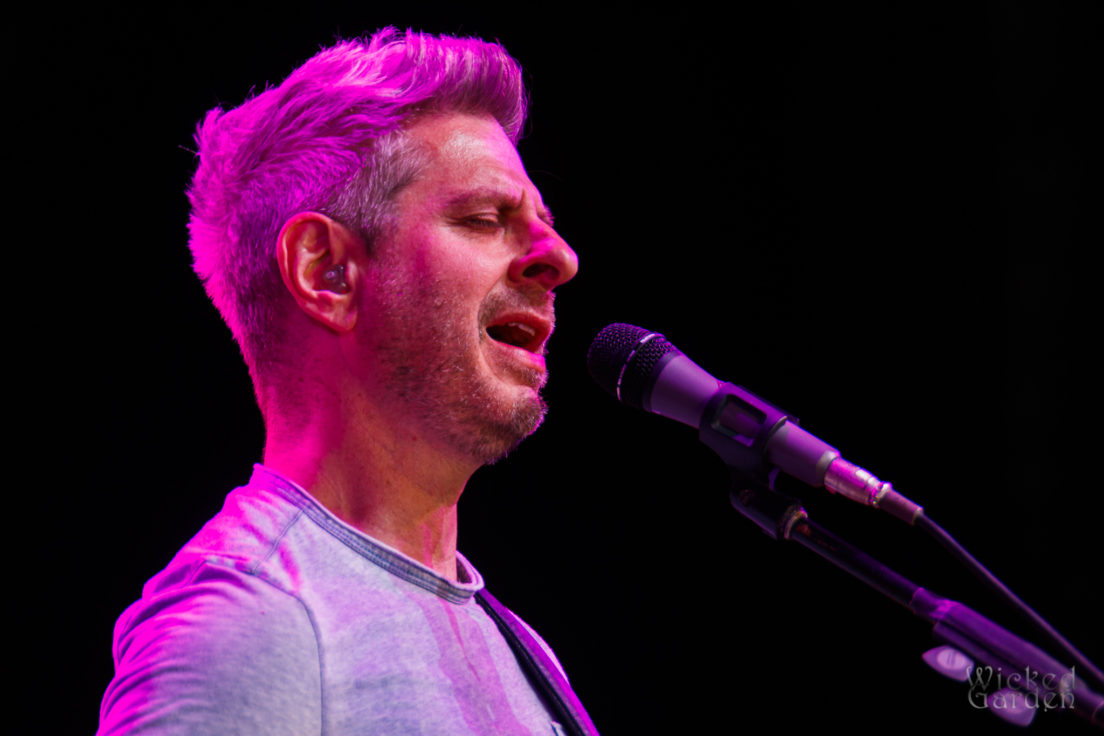 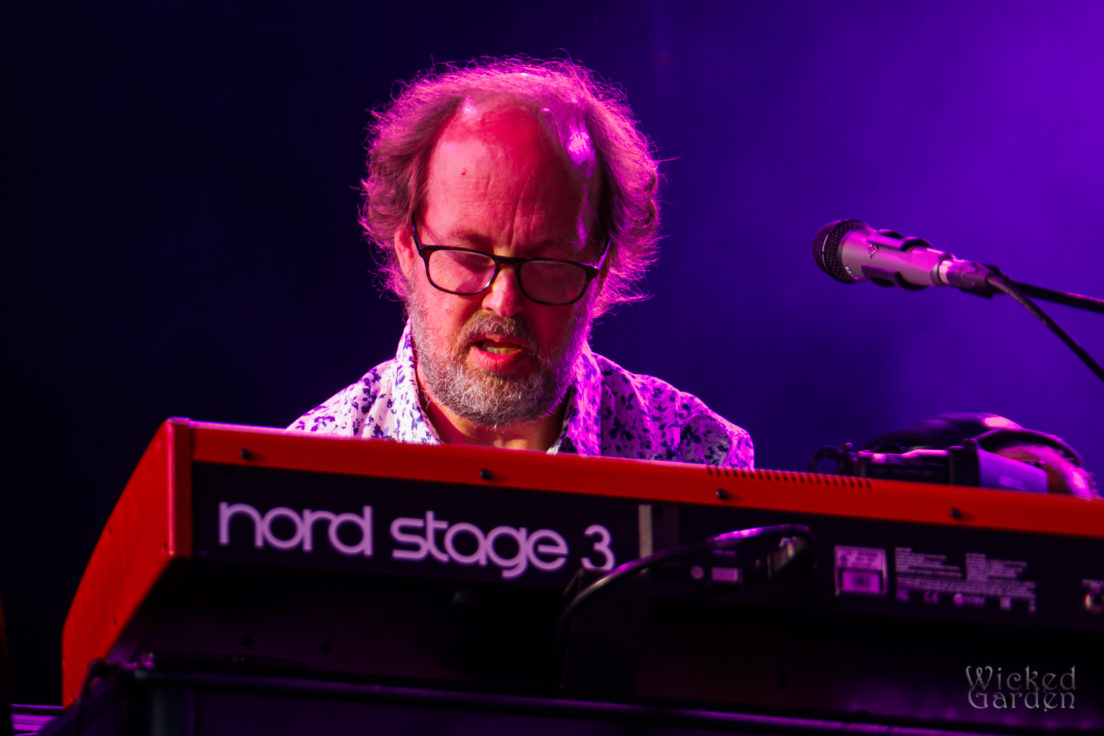 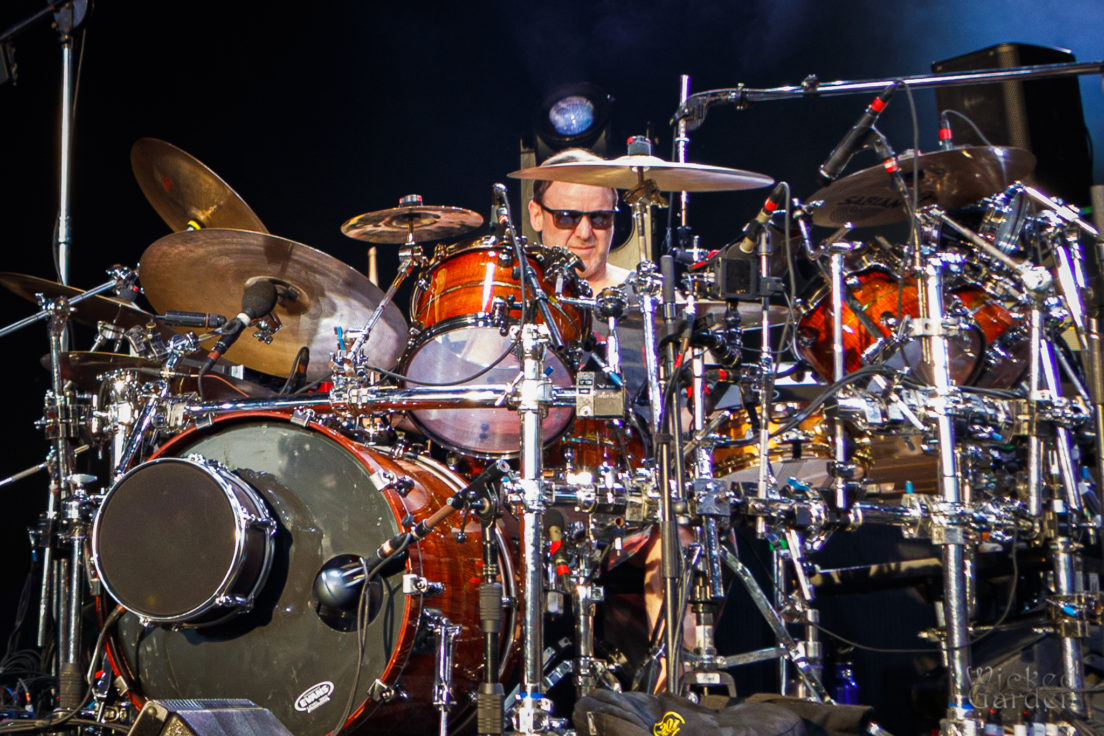 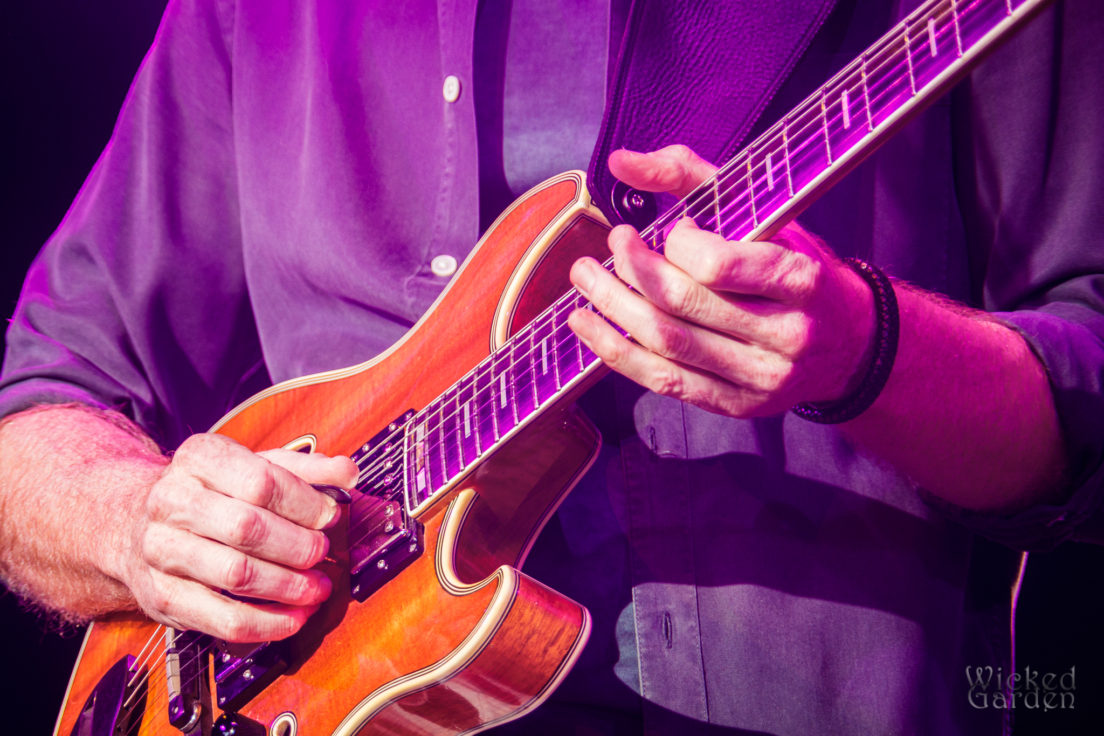 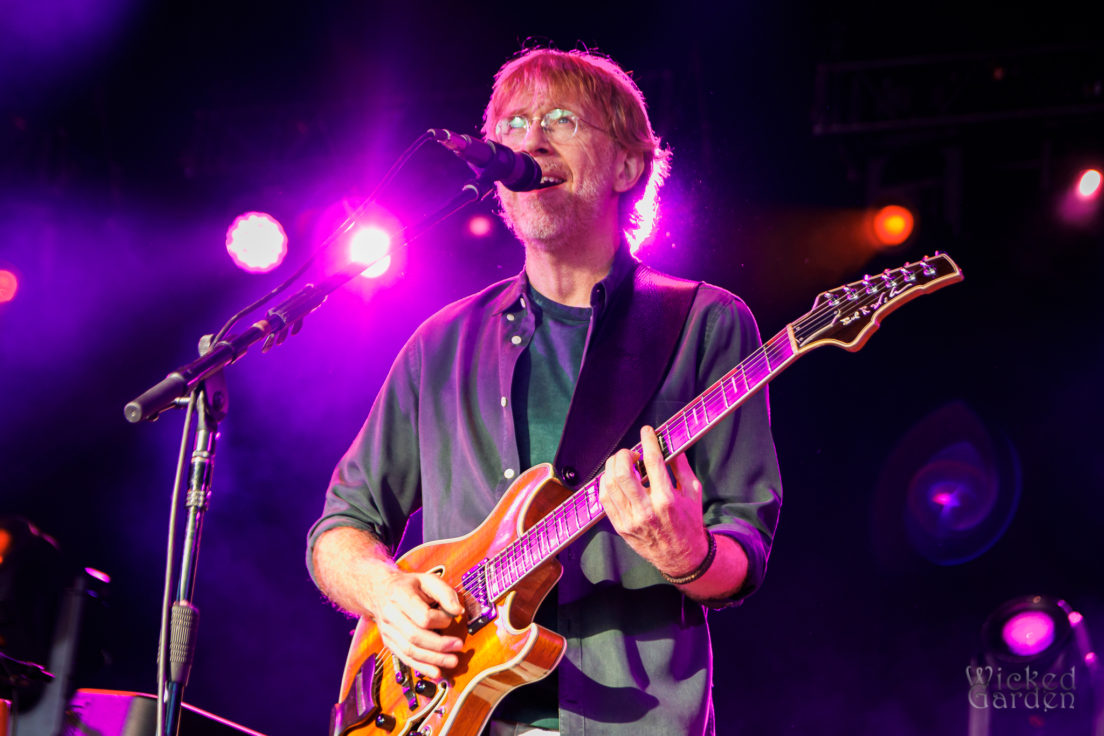 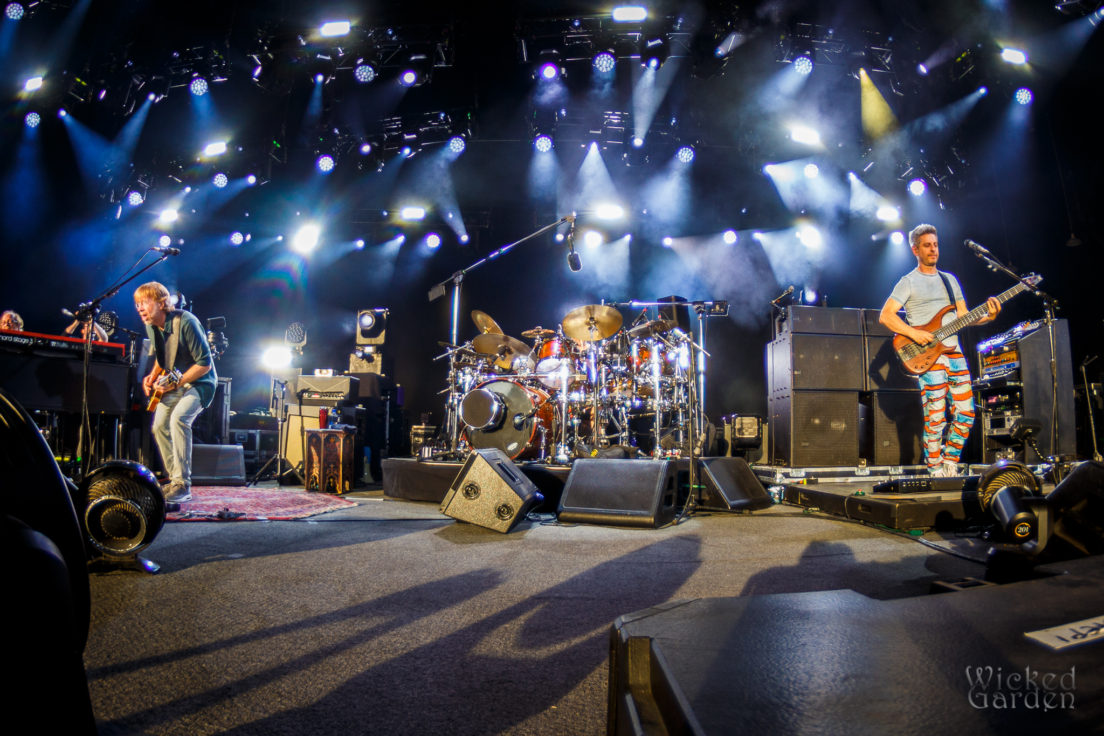 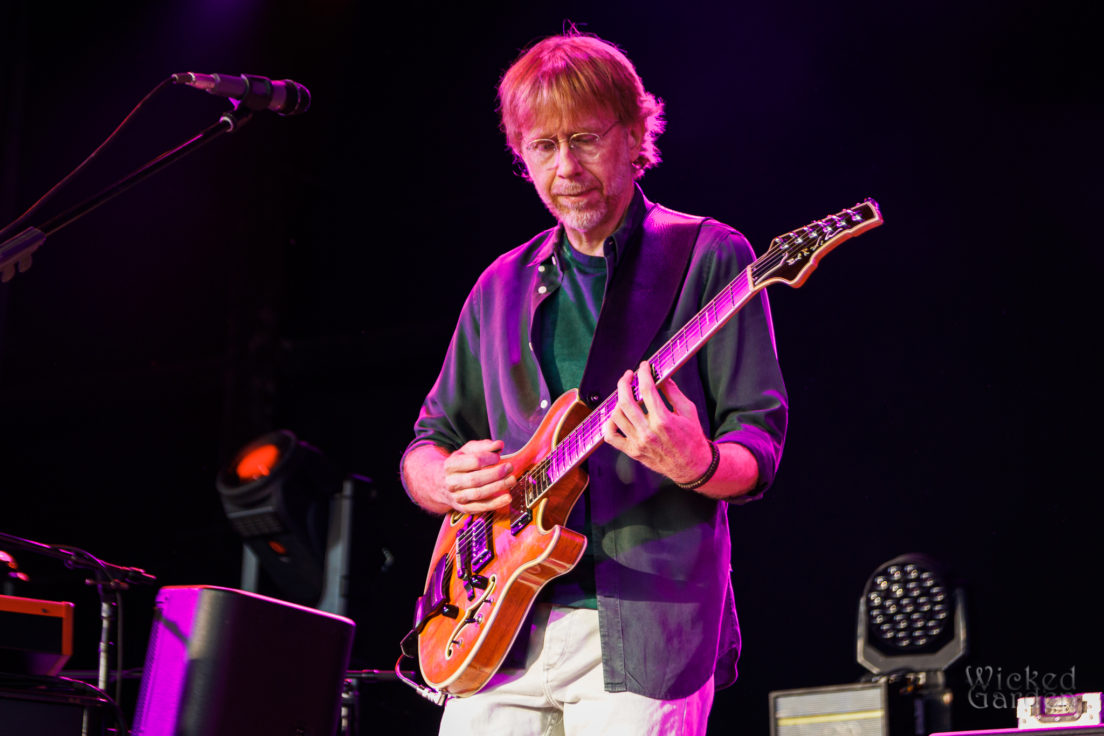 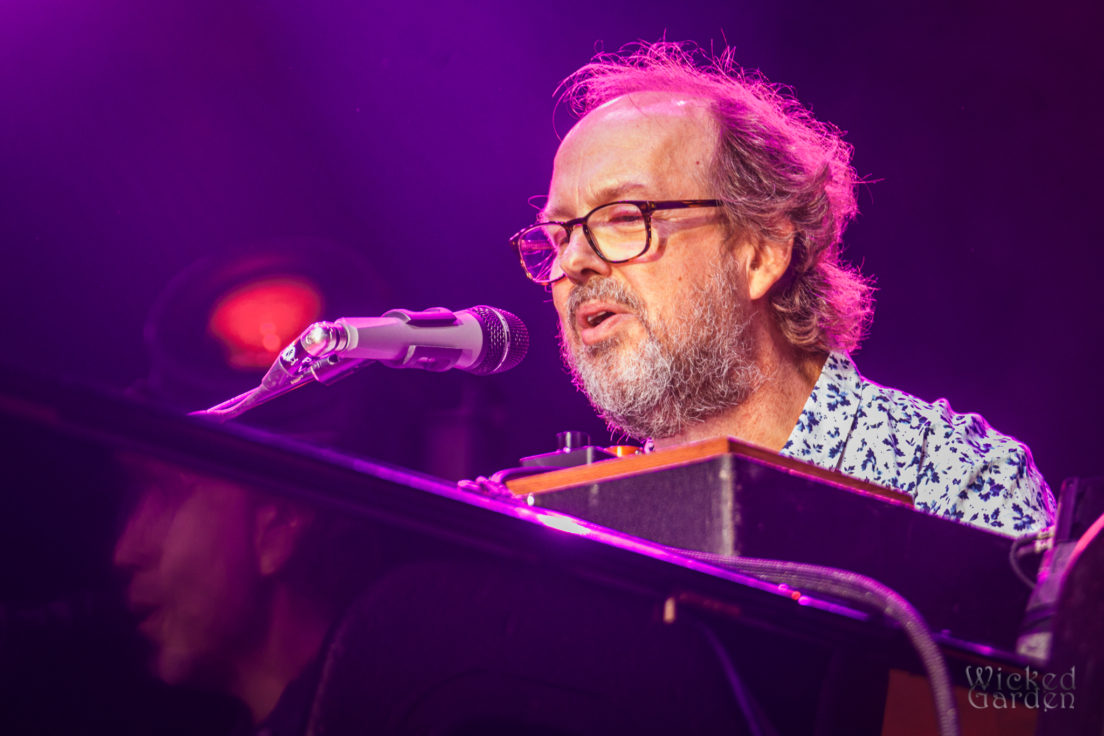 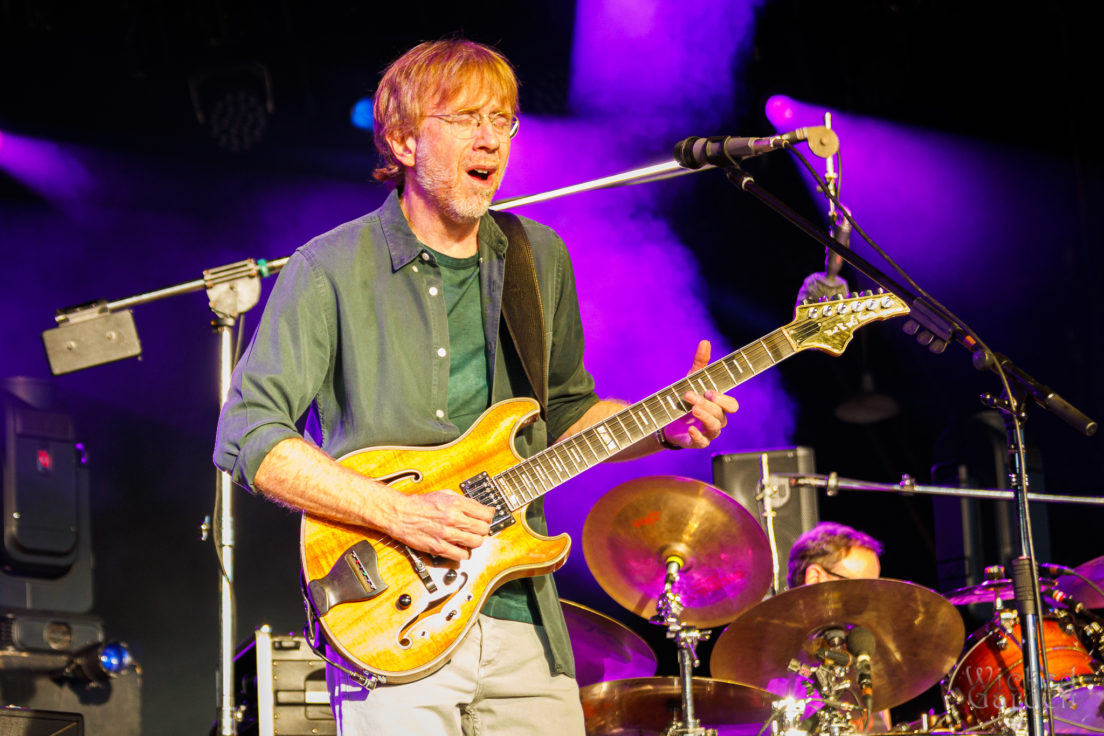 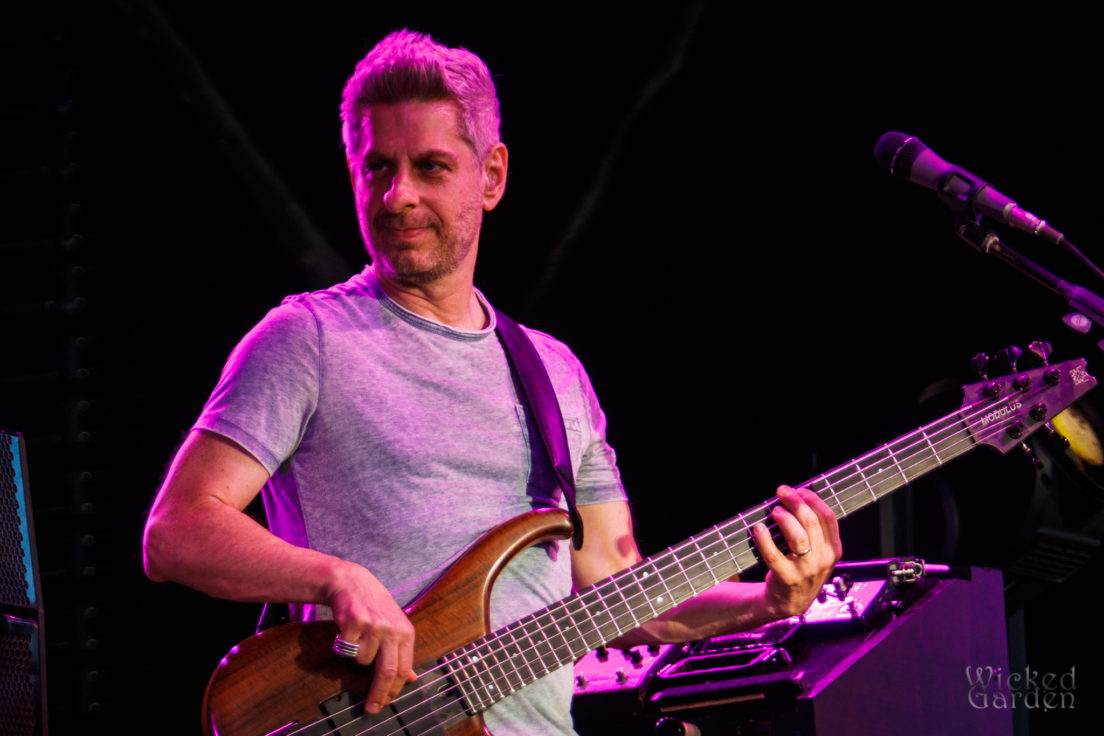 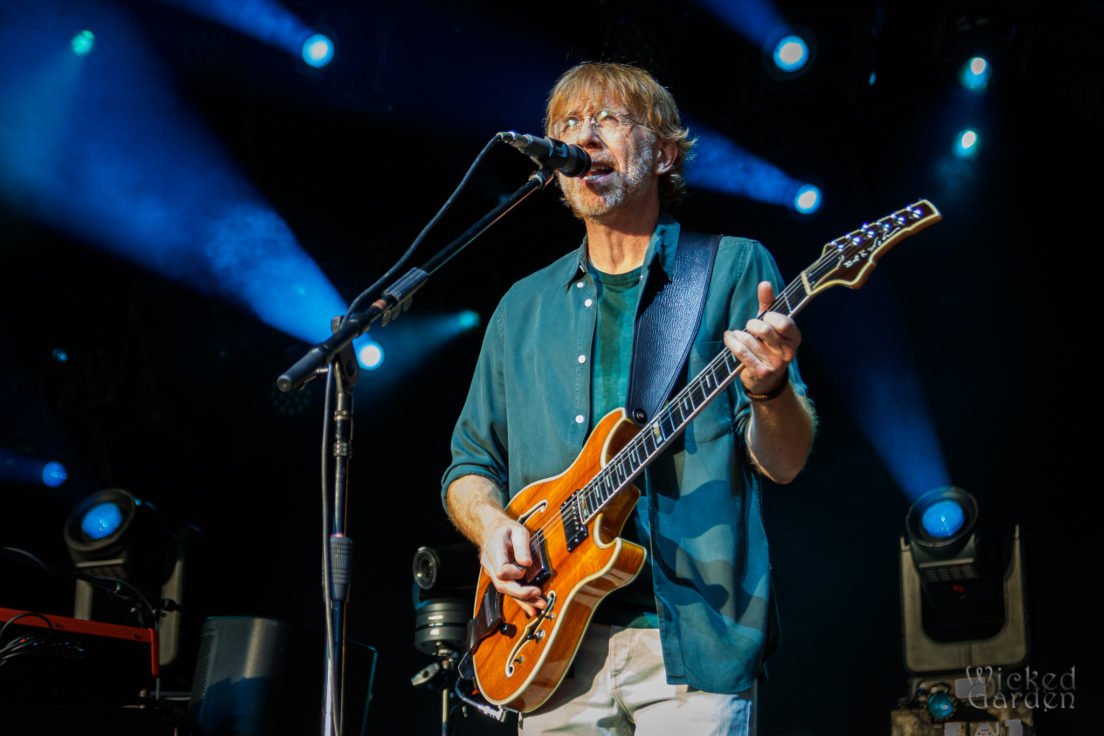 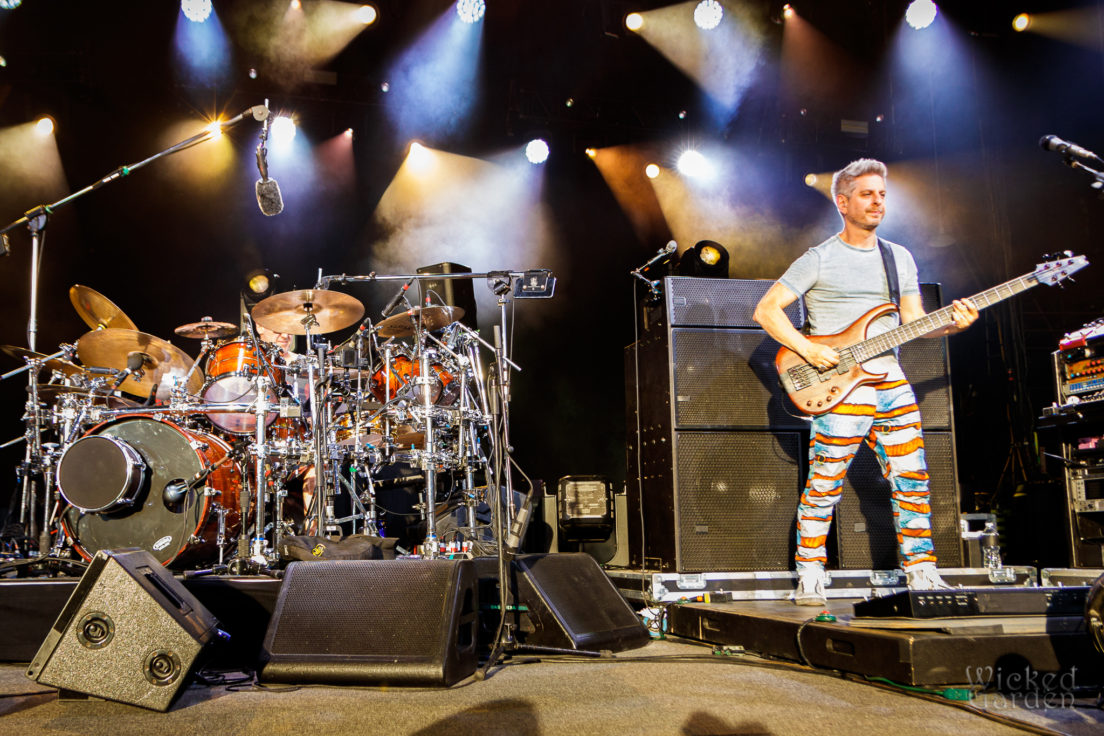 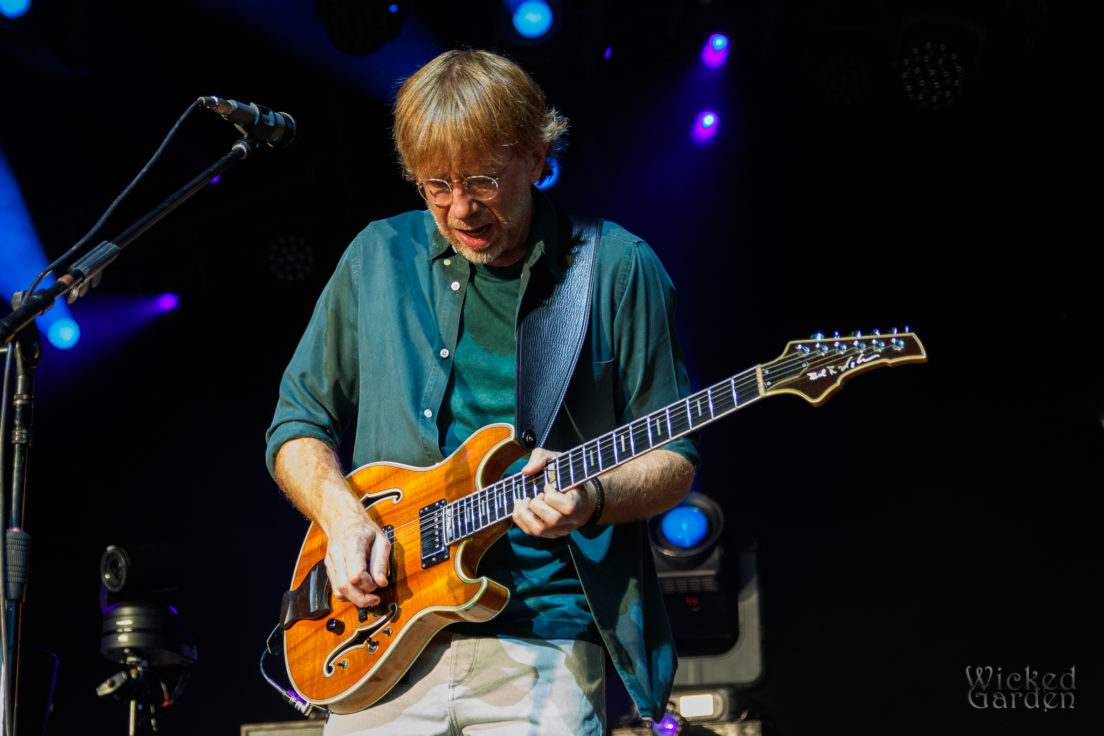 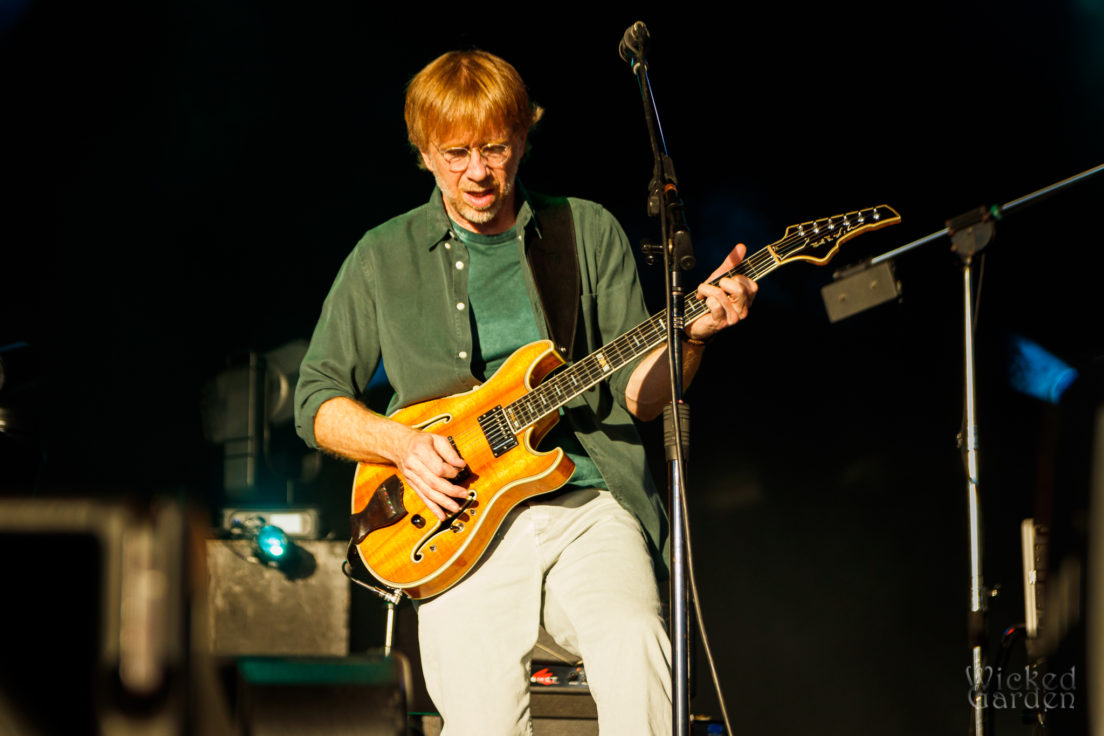 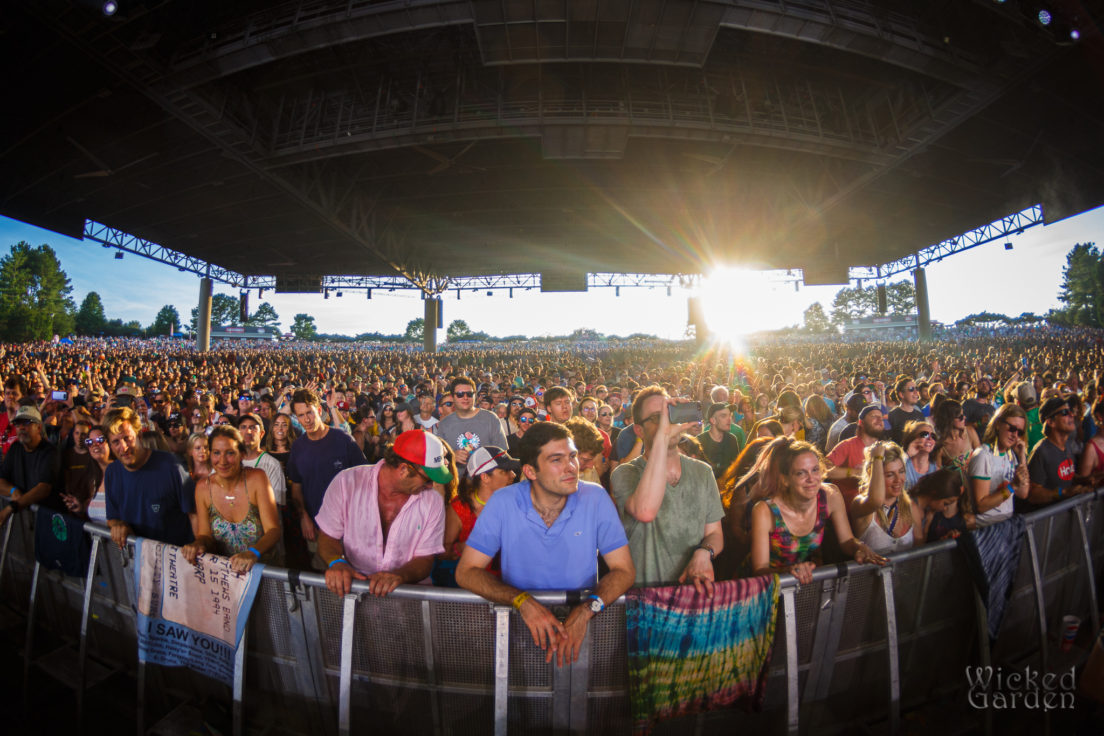