Released over a month ago, the album TIM by Swedish producer Avicii isn’t exactly new. However, I wanted to give it a real chance to play in real-life situations before I gave it a fair review. After listening to the album around, oh, seventy-five times now, I believe I can finally give it the review it deserves. 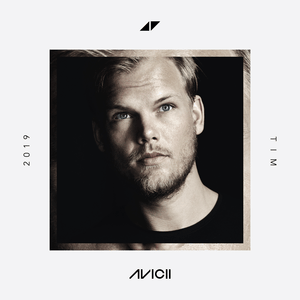 If you don’t know much about this album, let me fill you in. TIM is the third studio album by Avicii. However, it is the first album released since his death. Originally there were no plans to release any of his music posthumously. But, with the creation of the Tim Bergling Foundation the album serves as not only a reminder of the amazing talent that Tim had, but it also brings attention and funds to his foundation. The Tim Bergling Foundation was set up to help bring awareness to the crisis of mental health issues.

The album itself is an amazing twelve track album that at times is magnificently composed and beautifully orchestrated while at the same time extremely sad. When you take the time to listen to the words and the emotion behind them you get a sense of what exactly Avicii was going through. I believe that these songs were purposely chosen to take the listener on an emotional journey and give them a sense of the troubled genius. Throughout the twelve songs the vibe changes from beach/Caribbean feeling, Middle Eastern, Pop/top 40 and back around again. It’s a complete journey around the stylistic menagerie that is music.

The decision was made to release three songs from the album as singles “SOS,” “Heaven,” and “Tough Love.” “SOS” is a part love letter and part confessional. It describes a person who is deep in addiction while at the same time deep in love. The person realizes that the love is better and stronger than the addiction yet the struggle is still there. The whole song is set to a catchy upbeat vibe that gives a softer side to the issues that it’s dealing with. It is one of the better songs on the album, but it’s not my favorite.

“Heaven” is a somewhat dramatic song that also covers the effect of love on a person. This song, however, is sung by Chris Martin (Coldplay) and is done the way that only Chris Martin can do it. It’s a good song and layered well with Martin overlapping himself in chorus. The issue with this song is that it sounds like, well… Chris Martin. It could easily be a Coldplay song. While his voice is amazing, it sort of takes you out of the moment. You don’t have to be a Coldplay fan to pick up on this. It seems almost like they chose this as a single because of who sang it and not because it was one of the stronger songs.

“Tough Love” the last of the three singles is, as you guessed it, about tough love. It’s following a similar trend to the other singles. It’s a duet that breaks down the relationship of a man and a woman. Parts of the song explain that each let the other down at times but at the same time, “there’s no place I’d rather be than in your arms.” What makes this song so much different than the rest is that it’s set to an incredibly upbeat Middle Eastern sound. Imagine you are in a great hall with Aladdin and Jasmine and in the middle of a wonderful celebration. The crowd is running and dancing up and down the great hall… It’s an all-out celebration! That is exactly how this music is portrayed. It’s an incredible whirlwind of love, life, and music. The way it’s orchestrated makes it one of the better tracks on the album… Yet, it’s still not my favorite.

While these three songs are good, I believe they made a grave mistake by leaving out one of the best songs on the album. The song “Bad Reputation” is in my opinion the standout track in the collection. The song starts with something similar to a xylophone playing a basic island vibe. The vocals come in and remain very chill as the singer explains that his emotions are fading. As he starts to explain himself the beat picks up and kicks off into a killer bass line. Every time I listen to this track it gets me amped up. It’s the perfect beach vibe track while at the same time could easily be blasted at a large festival. It’s easy to imagine a DJ on stage just rocking this groove to a crowd that is swaying perfectly in time to the beat. It’s this versatility and the strong bass groove that makes this my favorite track.

The tragedy and raw emotion that this album is based around easily makes it deserving of a listen. But, it’s the beautiful melodies and solid grooves that make this the perfect album for summer fun. If you haven’t checked it out yet, it’s available to stream for free on Soundcloud and available for purchase on all major music sites.