Charlotte, NC — The spirit and legacy of The Grateful Dead has lived on through many different combinations of members and extensions of the Dead family since the passing of founding vocalist/guitarist Jerry Garcia in 1995. Dead and Company, the current incarnation, made up of three members of the original band (Vocalist / guitarist Bob Weir and drummers Bill Kreutzman and Mickey Hart) along with John Mayer, bassist Oteil Burbidge, and keyboardist Jeff Chimenti, made a stop in Charlotte, NC Friday night, and the sold-out crowd proved that their spirit is alive and well. 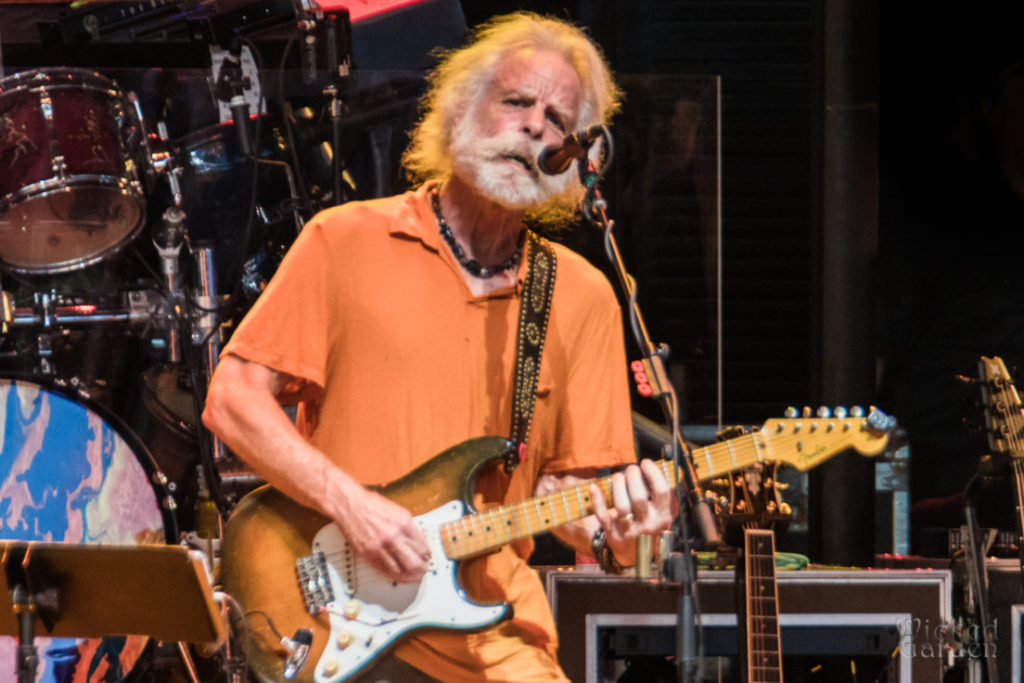 Hours before the show, the parking lot was active with tailgate parties, many flying tie-dye, playing music, and even selling sandwiches. At least one area brewery ran a shuttle bus for fans who wanted to save themselves the hassle of parking and kick off with a cold one. Fans both old and new carry on with the spirit of the line from “Scarlet Begonias,” “Strangers stopping strangers, just to shake their hand.”

Inside the venue, the band took the stage in the traditional Dead style; a noodling instrumental jam that begins to take shape as a song, in this case, “Truckin’,” one of their best known songs. The Dead have always allowed the music to do most of the speaking, rarely stopping to talk between songs, and tonight was no exception, as the music almost never completely stopped between songs. The first set was somewhat more succinct, with shorter songs like “Mr. Charlie” and “To Lay Me Down,” though not without its extended jams, most notably on “Cassidy.”

Mayer, who is younger than most of the songs he’s performing with the band, has found his place on their stage, as both a masterful guitarist and an excellent vocalist, taking the mic as often as Weir. After singing another of the band’s most popular songs, “Casey Jones,” they took a short set break. 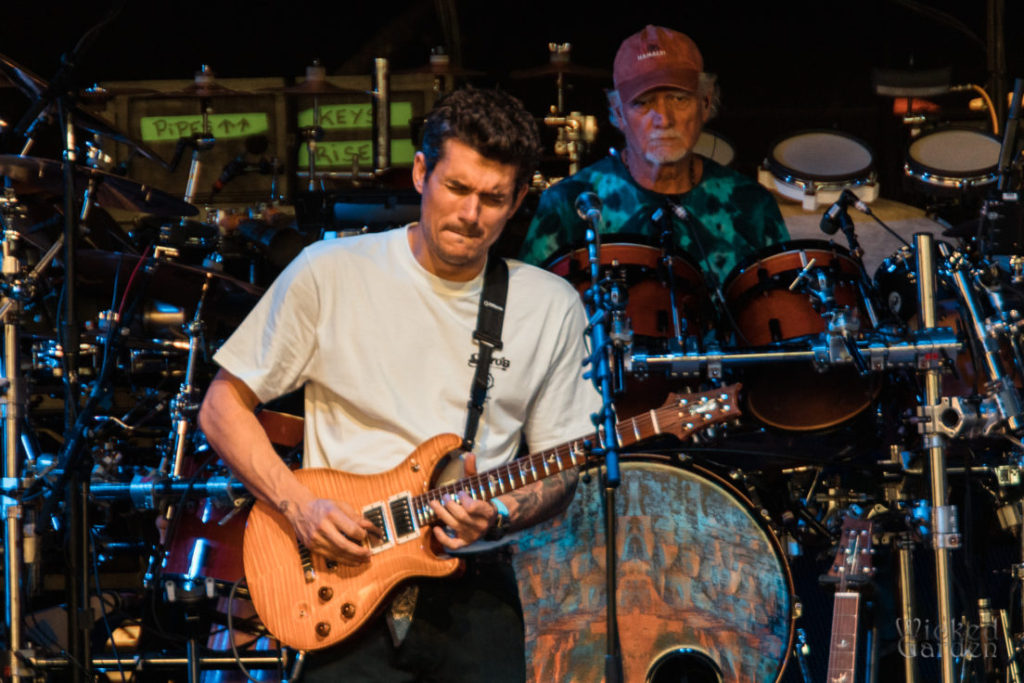 By the time they returned to the stage, the sun had set, allowing their impressive lighting scheme to provide the psychedelic backdrop for one of the band’s signature compositions, “Dark Star.” Following a rousing “Eyes of the World,” complete with audience sing along and a beautifully articulate bass solo, Weir, Mayer, and Chimenti left the stage for the exploratory and ever-evolving “Drums / Space,” a staple of every Dead show since the 70s. The free-form percussion-based piece featured Burbidge and Kreutzman on drum kits, while Hart experimented with various instruments from his worldly collection.

The set ended with the most upbeat moment of the night so far, an infectious run-through of “Sugar Magnolia,” exquisitely punctuated by images of forests and flowers on the LED screen behind the band. As they were cutting close to the venue’s curfew, the group left the stage just long enough to know that it was encore time. Keeping the cheerful danceable vibes going, they quickly went into the only song post-1977 song of the night, the 1987 hit, “Touch of Grey.” As the group took a bow, a quick scan around the venue shows smiles on the faces of fans of all ages, from those that may have been at early Grateful Dead shows in the 60s, to kids so young that even their parents wouldn’t have been born yet for those days.