VA BEACH, VA: Fans braved extreme heat conditions and daytime temperatures in excess of 100° (not including heat index calculations) to catch long time favored metal/ rockers Godsmack with up and coming opening band New Years Day. Originally scheduled to play in Portsmouth VA, the event was relocated due to structural and safety issues with a canopy at the Pavilion. Aside from the reassignments of ticketed seating, the event flowed smoothly and misting fans were provided to cool off the audience down in the pits of the open-air venue. 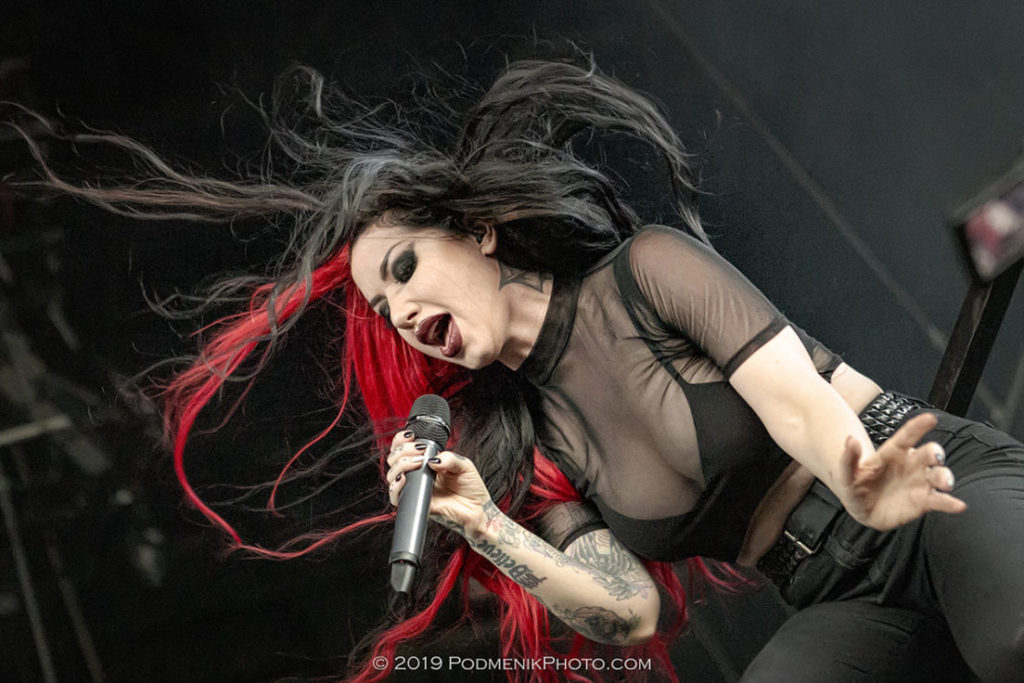 New Years Day kicked off the evening with a vengeance, vocalist Ash Costello and the crew jumping, swinging hair, guitars, and encouraging the crowd to “get those horns up” while playing cuts from latest album Unbreakable. Their 8 song set started with new single “Come for Me” and also included a cover of Pantera’s “Fucking Hostile”. With a grassroots fan base created back in the era of MySpace, New Years Day’s sound and look snugly fits in the goth rock genre alongside such bands as In This Moment and Motionless in White. 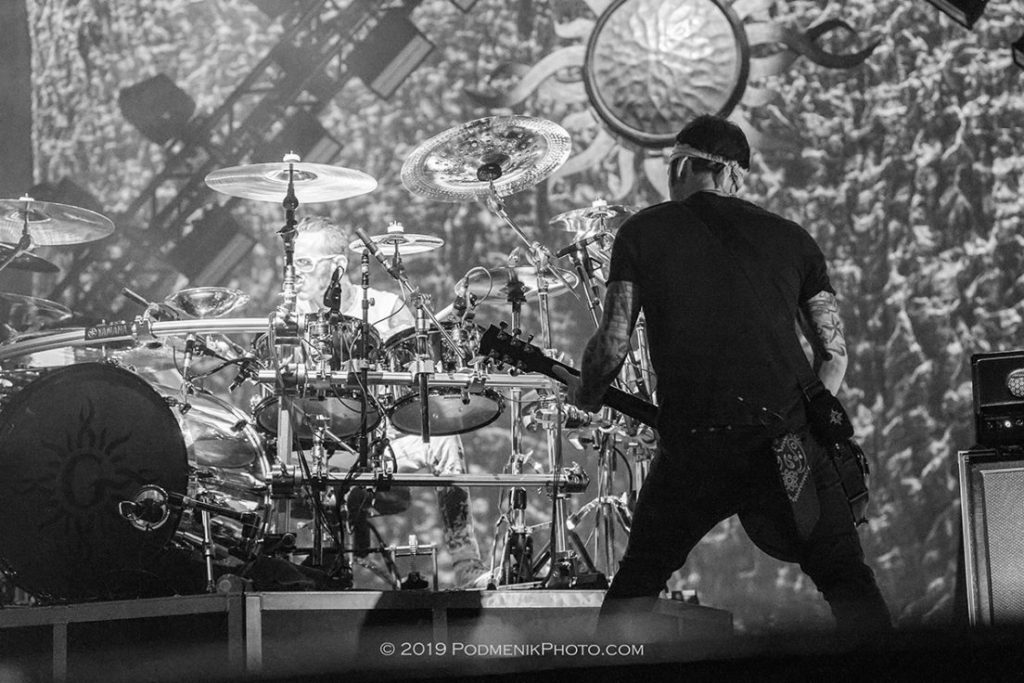 Touting an incredible twenty five top ten rock hits, Godsmack has thoroughly earned their seat among rock’s greatest. Seventh studio album When Legends Rise has featured three singles thus far: “Bulletproof”, “When Legends Rise”, and “Under your Scars”. Founder and frontman Sully Erna carries a personable and friendly demeanor on the stage, all while grinding through their classic dark, aggressive rock style.

A video released on the same day of the concert for “Under your Scars”, promotes the band’s “The Scars Foundation”, which was created to promote awareness and raise funds to funnel to organizations that educate on mental health issues such as depression. Click the link to learn more:

The current tour concludes on July 26th in Connecticut and Godsmack will hit the road again for a fall tour with Halestorm starting in September.