Louisville– Barely six weeks away, Bourbon & Beyond (the world’s largest bourbon festival) returns to Louisville for the third year and has now expanded to a three day experience, September 20-22.  Friday VIP tickets are already sold out as are most of the combination Hotel/ticket weekend VIP passes, so it’s time to commit now.

If you need one more reason to be a part of this incredible weekend, consider this: September is National Bourbon Heritage Month. Yes, it’s a thing. That’s the “Beyond” part of the festival name.  You’ll find me in the “Hunter’s Club,” sampling dusty bottles and vintage bourbons dating as far back as the 1930s. 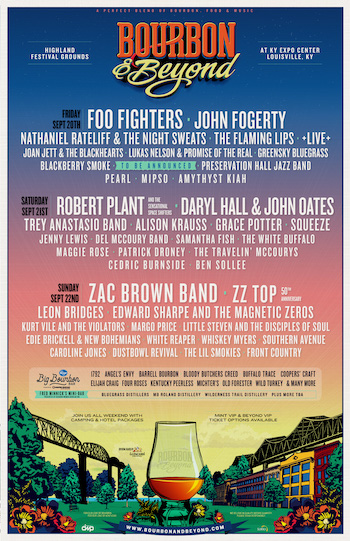 Information about camping, tickets, food, the music schedule, and anything else you can think of is at bourbonandbeyond.com.