Hollywood, FL – This past Saturday night, the Hard Rock Event Center at the Seminole Hard Rock Hotel & Casino hosted legendary superstar Lionel Richie for a sold-out performance of his “Hello! Tour.” Over the past number of decades, Richie has garnered numerous prestigious awards including an Academy Award, Golden Globe, four Grammy Awards… the list goes on and on. Not to mention he is one of only two songwriters in history to have landed number one records for nine consecutive years.

In 1968, Lionel joined The Commodores, where he developed his unique style of music and whose influence can be heard throughout the night.  In 1981, Lionel would branch out on his own and go on to become one of the most successful artists of the 80’s. The “Hello! Tour” set list consisted of his greatest hits spanning a career of over 50 years. 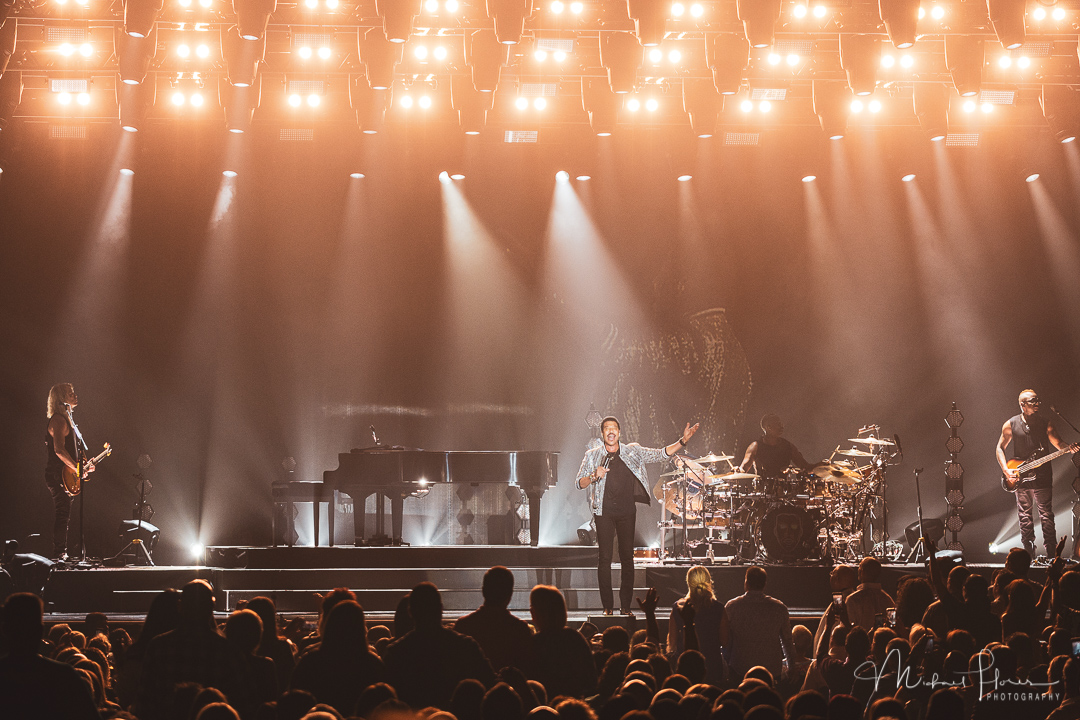 As fans poured into the venue, you could feel the high energy radiating from a crowd eager to see Lionel’s performance. Little did they know that he would be making a delayed entrance. There were rumors about his flight being delayed. Whatever the reason, the show started about an hour after its designated start time.

Lionel Richie kicked off the night with his hit, “Running with the Night.“  He then transitioned to play the piano to perform the Commodore’s ballad, “Easy.” The lighting design for the show was one of the best I have seen in a long time, and the colors would often match his jackets, of which there were many worn throughout the night.

Richie often made jokes about what he could see from the stage as the camera crew zoomed in and out of the crowd. His humor and showmanship were on full display.  He teased the crowd about inviting Diana Ross to perform their iconic duet “Endless Love,” which only riled the crowd further.  For a split second the entire venue held their breathe in the hope that they could see their wedding song performed in person. Alas she would not appear and he would go on to sing the duet with audience participation instead.

There was a nostalgic feeling that overcame the audience. Richie noted how even in his happiest of songs people would cry and even in the saddest of songs people would find joy. This was due to the connection people have made with his music over the years and how they remind them of specific moments in their lives. The show couldn’t end without a two-song encore where he played the iconic “We are the World,” a song co-written with the late Michael Jackson, followed by a fun performance of “All Night Long.” This was a perfect song to end the show with, leaving fans dancing on their way out. 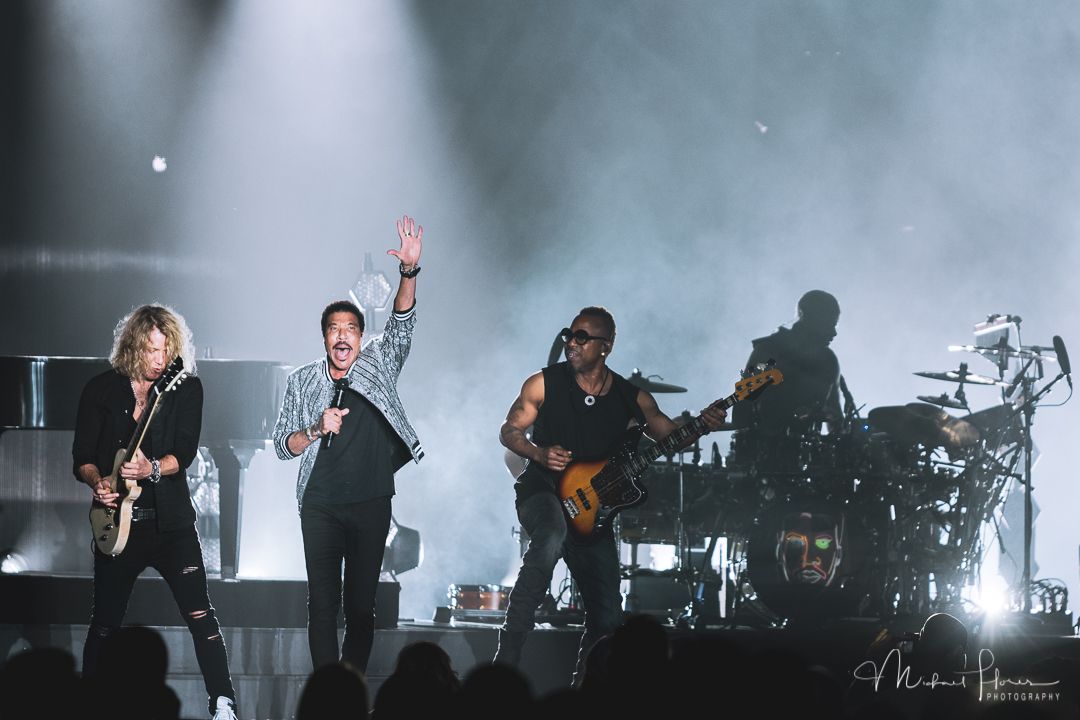 Lionel Richie is currently on a North America Tour through the end of August, so definitely check him out in a city near you, before tickets sell out.