Miami, FL – The South Florida music scene has something to offer music lovers of all taste. This past week, Bayfront Park Amphitheater in downtown Miami hosted LIVE and Bush as part of their summer co-headline ALT-IMATE Tour, celebrating the 25th anniversary of their respective albums, Throwing Copper and Sixteen Stone. Covering back to back shows, I was surprised when I ran into locals from both shows ready to keep the party going for what would soon turn out to be quite the amazing night. 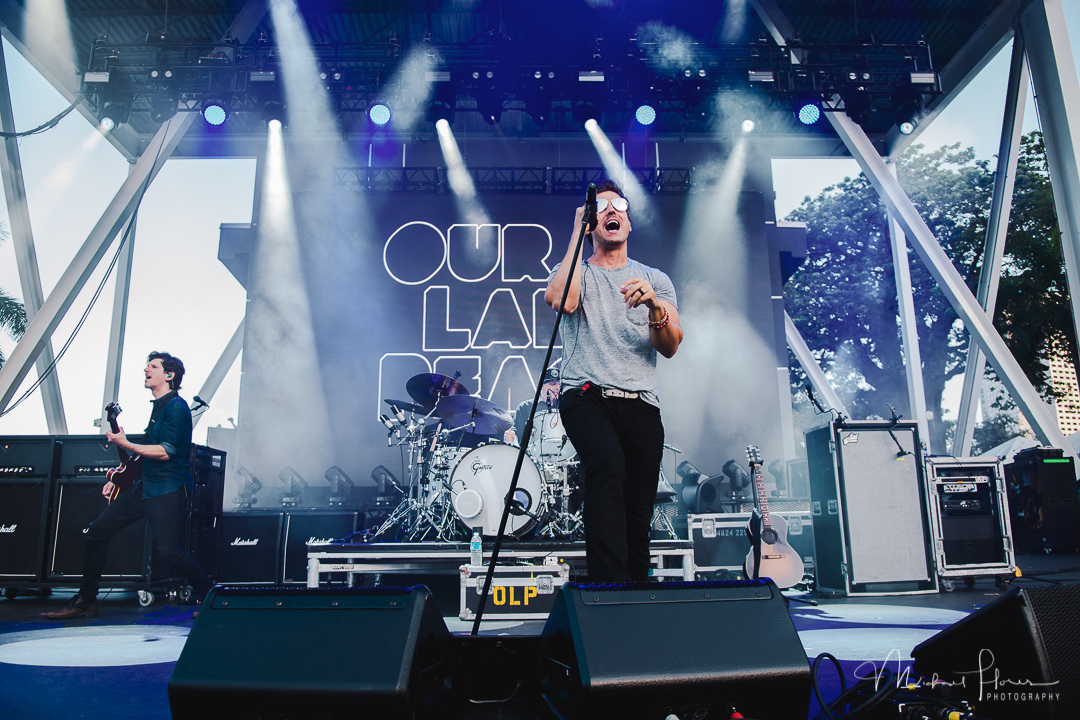 Kicking off the evening was one of the most successful Canadian rock bands, with over five million albums sold worldwide, four JUNO awards, and ten Much Music Video Awards: Our Lady Peace. The played a surprisingly short set of their greatest hits, including some of my personal favorites, “Somewhere Out There” and “Innocent”. Unfortunately, they played pretty early, and most of the crowd hadn’t filled out the amphitheater yet. Lead vocalist, Raine Maida, asked the crowd “Is this a rock concert?” as he urged the fans out of their seats and on their feet for their closing song “Starseed.” The fans that were in attendance early did enjoy OLP’s set. If you have tickets to any upcoming concerts for this tour, I would recommend getting there early to catch them! Our Lady Peace will be supporting LIVE and Bush on their tour through the fall. 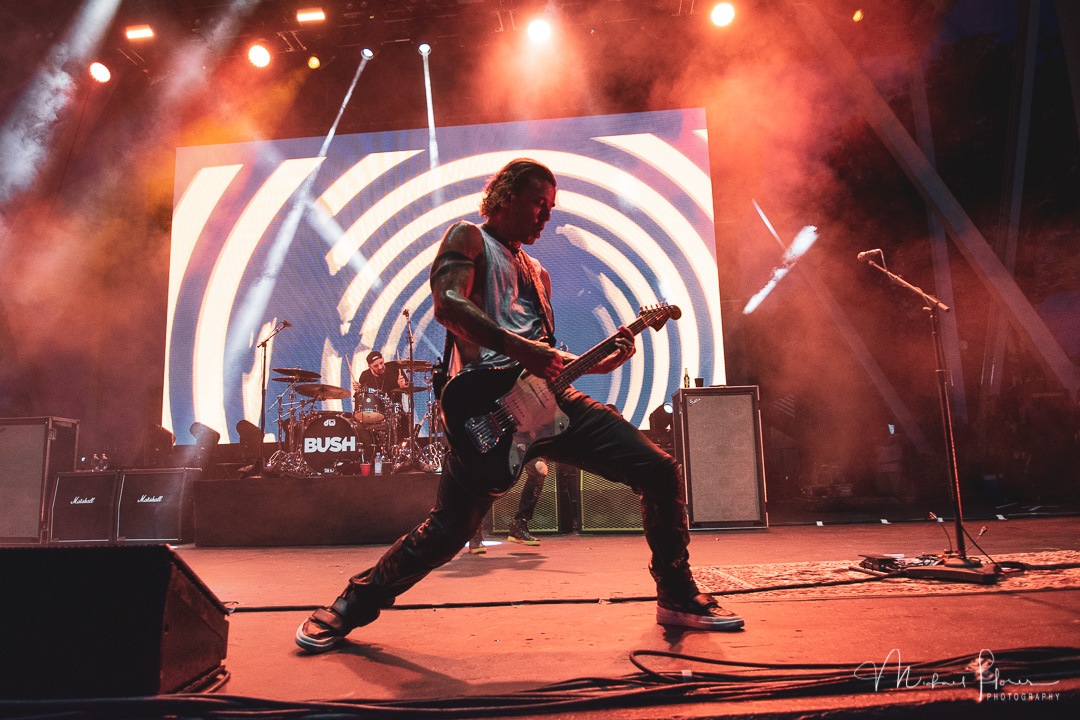 Despite some confusion on whose set would go first, British rockers Bush took the stage with the crowd ready to rock. Bush was formed by guitarist and lead vocalist, Gavin Rossdale, back in 1992, but it wasn’t until ’94 when they released their super-successful debut album Sixteen Stone. This tour is a celebration of their 25-year anniversary of that album. Bush really had a reason to celebrate and gave their fans of all ages a great show. They put on an amazing performance as they started off the night strong with hits such as “Machinehead,” “This is War,” and “Everything Zen.” 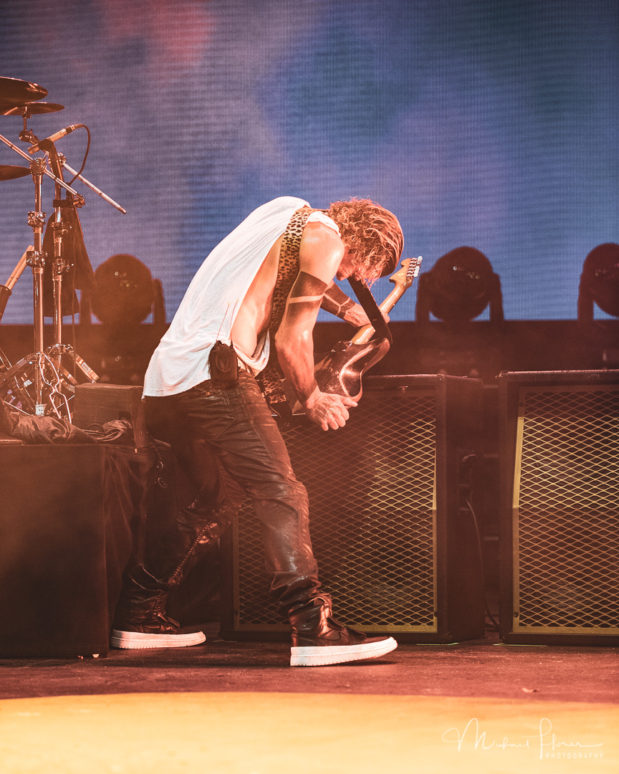 Gavin Rossdale is a very dedicated performer, known to engage with the crowd and feed off of their energy. After performing for a bit, he ran a lap into the crowd while getting high fives and recharging the crowd’s energy. He would proceed to play their most famous song, “Glycerine,” which includes an intense guitar solo from him. Bush was also supporting their newly-released song “Bullet Holes,” which appears in the movie John Wick: Chapter 3 Parabellum. They performed the song as parts of the movie played on the large screens behind them. 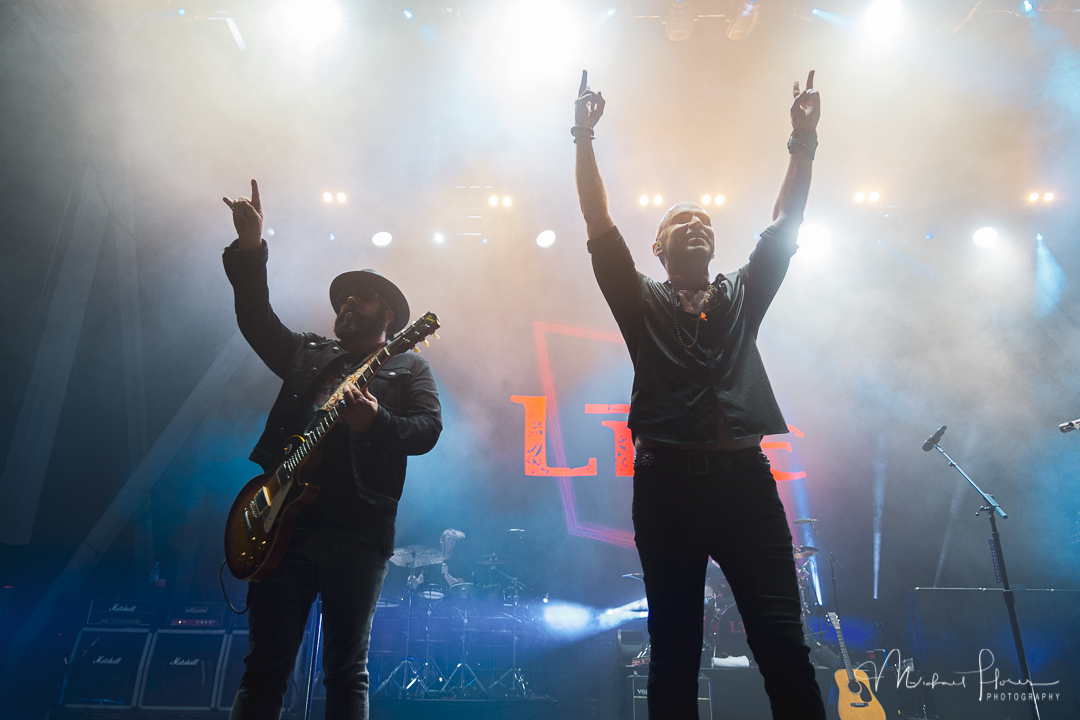 The great thing about co-headliners is that if feels as if you get a two-for-one deal by being able to experience two full concerts at once. By the time LIVE took the stage, the crowd was pumped and ready for more ’90s rock awesome-ness. 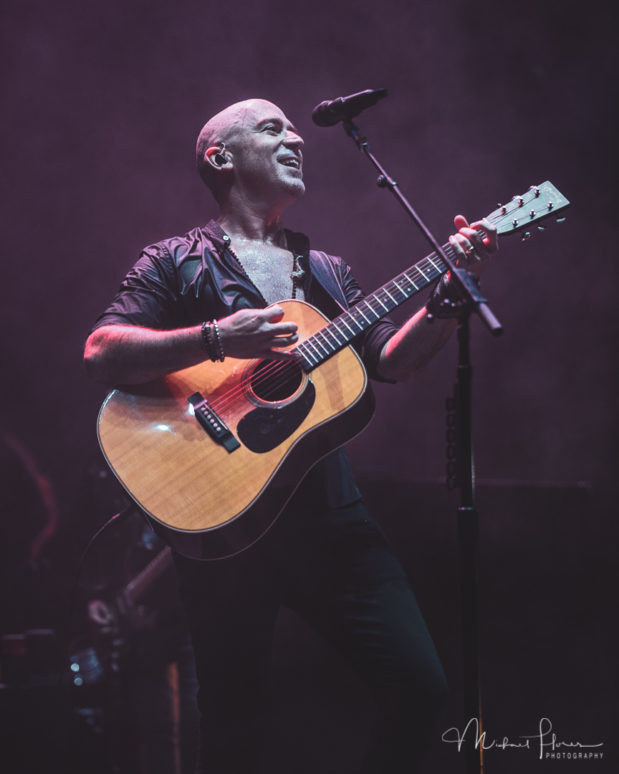 As the music started to play, all eyes were on stage front and center. Little did anyone expect that lead vocalist Ed Kowalczyk would arrive from deep within the crowd and begin performing “The Dam at Otter Creek.” LIVE was originally formed in 1989 with original members Kowalczyk (lead vocals, rhythm guitar), Chad Taylor (lead guitar, backing vocals), Patrick Dahlheimer (bass), and Chad Gracey (drums). In 2009, the band announced a two-year hiatus to work on other projects but ultimately disbanded. It wasn’t until 2017 that the original band members finally reunited. Now that they are back together and touring, they are also celebrating the 25th year anniversary of their album, Throwing Copper, an album that received worldwide success selling 8 million copies in the US.

LIVE put on a great show, paired with great lighting and great lyrics to their songs. They got the crowd really excited with a “Losing my Religion” cover originally performed by R.E.M. They played all their greatest hits from Throwing Copper, including fan favorites, “I Alone” and “Lightning Crashes”. 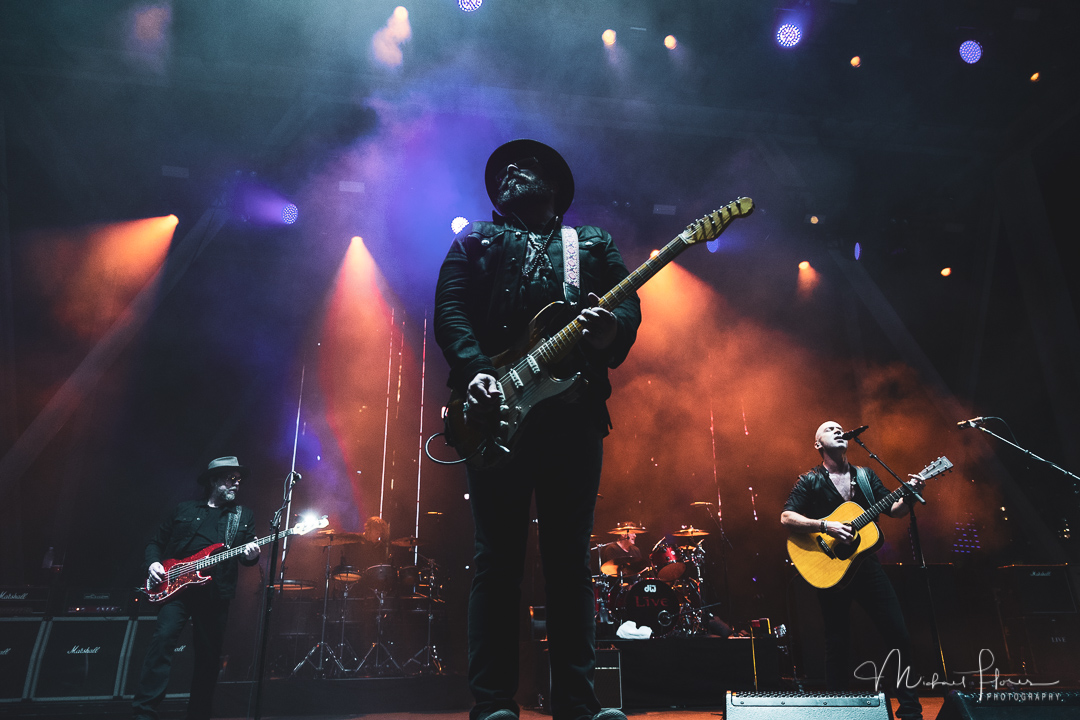 The crowd went crazy when they covered “Paint It Black” by The Rolling Stones. At one point, Kowalczyk asked if it was Saturday night and then answered his own question by responding “It’s always Saturday night for me,” as he proceeded to rock on through the night.

Fans got exactly what they came to see, an amazing performance by three amazing rock bands. This experience made me feel very nostalgic, and I’m sure I wasn’t the only one feeling this way. LIVE & Bush will continue their tour across arenas and amphitheaters within the United States until the end of October, so definitely go check them out in a city near you!